Why Aisha Tyler and Phil Spencer almost made me cry during E3 2016 - OnMSFT.com Skip to content
We're hedging our bets! You can now follow OnMSFT.com on Mastadon or Tumblr! 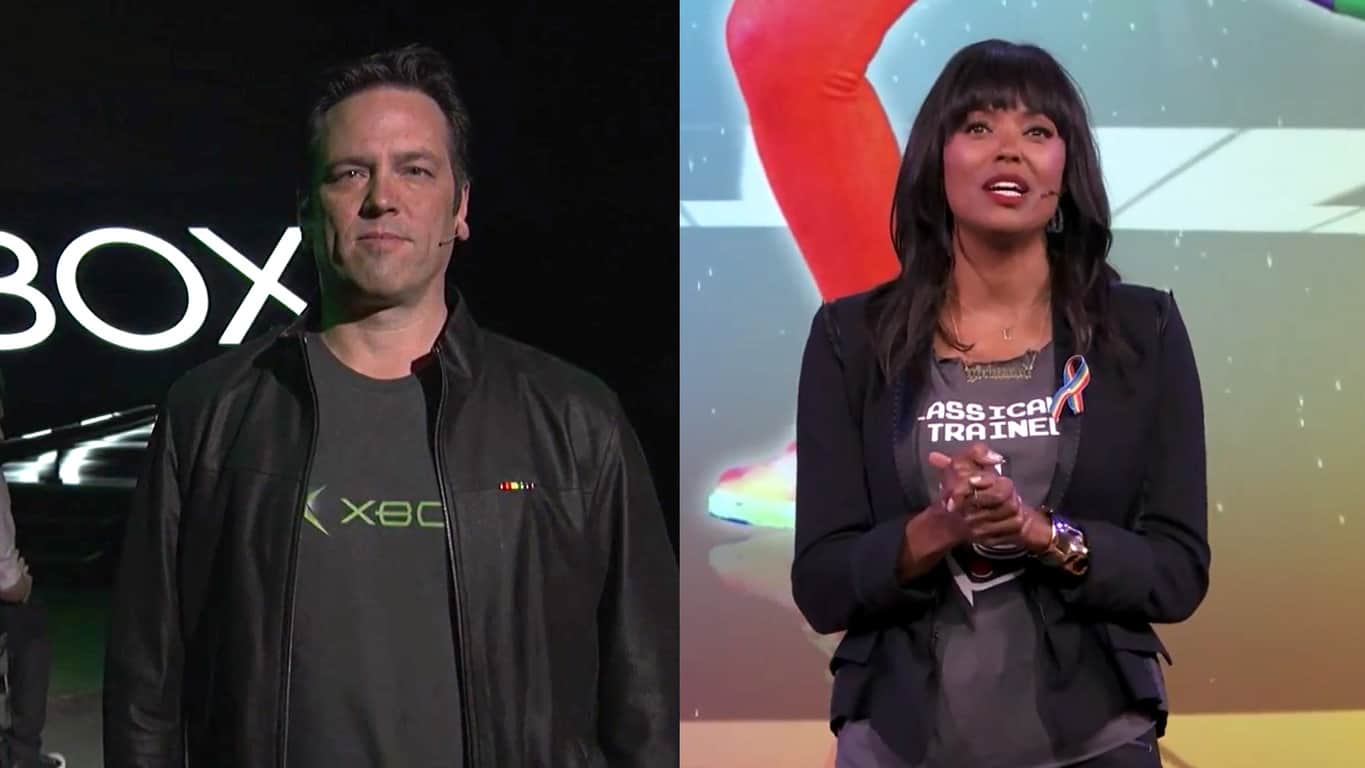 There have been a lot of exciting moments so far during this year’s E3 for Xbox fans. The new Xbox One S looks like an incredible device and the reveal of the next major upgrade in the Xbox One (currently codenamed Project Scorpio) which will take console gaming “beyond generations”, was arguably one of the most important Xbox news stories of the past few days. There are also the numerous new Xbox One and Windows 10 video games that have been announced that deserve all of the hype they’ve been given so far by media and fans.

Despite all of these important reveals though, the two biggest moments for me haven’t been about new hardware and software at all, but rather two quieter moments involving Microsoft’s Phil Spencer and Aisha Tyler (representing Ubisoft) in the opening portions of the Microsoft and Ubisoft conferences.

As a gay man, the Orlando mass shooting hit particularly close to home. It brought to the surface an avalanche of emotions that I’m still trying to deal with days later, mostly involving situations involving homophobia experienced by myself and those close to me, and also the fact that in 2016 there is still the possibility of being murdered for being born the way you are in a First World country.

The day after the horror, as bodies were still being removed from the club in Orlando, I attended a special memorial for the victims here in Melbourne, Australia (Similar events were also held in other cities around the world). Members of the LGBT community of all ages spoke of their own experiences with hate crimes and their hopes for the future and everyone spared a moment of silence for those who had had their lives taken far too soon. The experience was moving and heartfelt and very much appreciated by everyone in attendance yet there was a sense that the event was being treated as just a “gay issue” and would soon be forgotten my society at large after the initial reporting died down. There was a legitimate fear that it would be swept under the rug like so many other hate crimes had been in the past.

Before the Microsoft E3 2016 conference even began, Phil Spencer, the head of Xbox at Microsoft, took a minute to make the following statement about the recent mass shooting;

“To everyone affected by the recent tragedy in Orlando, our hearts are with you, and you should know you are not alone. The gaming community mourns with you.”

A few hours later during the opening moments of the Ubisoft E3 2016 conference, actress, comedian, and all-round kick ass individual, Aisha Tyler, also made a point to send a message to those affected by the tragedy;

“I want to take a moment to do something that’s going to feel a little incongruous and potentially even uncomfortable for some of you. There’s no smooth or easy way to do this but we all felt really strongly while we were rehearsing today that we needed to say this. So, before we start, everyone here at Ubisoft want to offer our deepest sympathies to the people affected by this weekend’s tragedy in Orlando. Our hearts, the hearts of everyone in Paris in France, and in the United States, and around the world are with you.”

Both of these were surprising, appreciated, but above all else, entirely authentic. It’s easy for a company to pay lip service to its consumers on social and political issues but when individuals can make statements that they genuinely believe in and are visibly affected by, as both Aisha Tyler and Phil Spencer noticeably were, during huge industry events such as E3, it instantly forms a connection between the company and individual and creates a sense of being acknowledged not only by the parties involved but by society at large.

To see the Orlando mass shooting mentioned with such true emotion and intention during an event as widely publicised as E3 almost brought me to tears. It provided affirmation, empowerment, and also comfort knowing that individuals and companies with such power and respect have got our backs and won’t ignore issues out of fear of losing customers who may disagree with the side they’ve chosen.

I have yet to watch the other conferences so I’m unsure if Sony, EA, and Bethesda have made similar statements (If they haven’t? That’s fine. If they have? Awesome) and I’m sure there are cynics who hear public statements like the ones above and just roll their eyes in disbelief, but I wanted to take the time to publically thank Phil Spencer and Aisha Tyler (and Microsoft and Ubisoft) for what they have done.

It may have only taken a minute out of their schedule to mention Orlando but it made all the difference in the world to many gamers like myself who were watching.

Editor's note: As emotionally charged as these recent events were, we'd like to hear about your favorite E3 2016 moments in the comments below. Did the above mentioned incidents leave an impression on you or were you more excited about the big announcements? Personally, the reveal of Project Scorpio was a very close second for me. Let us know what you're more excited about in the comments below.