Age of Empires II: Definitive Edition comes with a remastered soundtrack and support for 4K graphics, and there are a lot of quality of life improvements as well: highlights include the ability to automatically reseed farms, or selecting military units while leaving villagers out of the group. The Definitive Edition also introduces 4 new civilizations (35 in total) and 3 new campaigns, for a total of 200 hours of solo gameplay.

Both the Microsoft Store and Steam versions of the game support crossplay through Xbox Live, which is pretty great. We may get more Age of Empires news later today during the special Inside Xbox livestream live from X019 in London. Microsoft revealed back in 2017 that Age of Empires 3: Definitive Edition and a brand new Age of Empires 4 were in development, and Xbox exec Aaron Greenberg shared a short teaser on Twitter yesterday.

A new Age is upon us at #X019 pic.twitter.com/FISiP5LQLK

It’s great to see that the decades-old Age of Empire franchise is still getting some love, and Age of Empires II: Definitive Edition is a nice blast to the past. If you’re interested in trying the game through Xbox Game Pass, we remind you that you can get three months of Xbox Game Pass Ultimate for just $1 for a limited time. 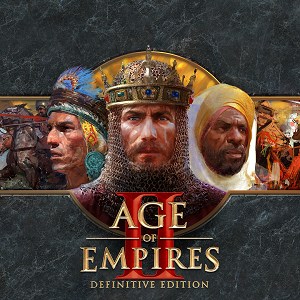 Nascar Heat 4 and Contra: Rogue Corps are free to play with Xbox Live Gold this weekend