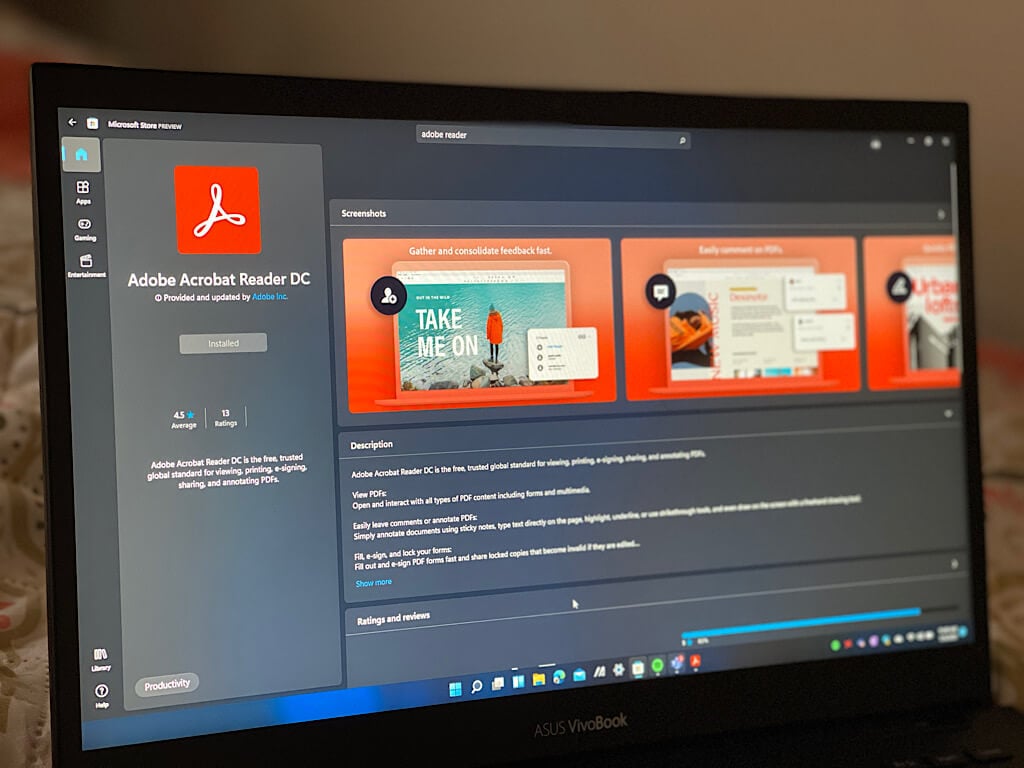 The new Microsoft Store on Windows 11 holds tons of promises, and one by one, developers are getting on board with Microsoft’s new vision for it’s app store. Adobe is a big part of this, and one of the company’s most popular Win32 apps has just appeared in the Microsoft Store in Windows 11.

That app is Adobe Acrobat Reader DC, which is the software that is the standard for reliably viewing, printing, and commenting on PDF documents. It’s listed for free, and lets you annotate on PDFs with a pen or your finger, fill e-sign and lock forms, and collaborate on PDFs. The app already has some good ratings, with the current rating being 4.5 stars at the time of publishing, based on 13 different reviews.

The app also weights at 183.2 MB, which is smaller than the 203.9 MB download on Adobe’s website. Interestingly, though, it runs in only 32-bit, which is surprising as Windows 11 only supports 64-bit processors.

These apps were all based on the Microsoft UWP codebase. Adobe Reader DC is Win32, based on the traditional format you get when installing apps like Google Chrome or even Firefox. Plus, since the Win32 app is now directly listed in the Microsoft Store, it makes it easier to find and download without needing to go through Adobe’s website.

More Adobe apps are coming to the Microsoft Store soon, and this is just the start. Microsoft had confirmed that Adobe Creative Cloud, the popular apps used for content creation, would be coming to Windows 11. We’re still waiting for that to happen, but for now, this is a great start. We’ve already seen apps like OBS Studio, as well as Zoom surface on the Microsoft Store, so it would not be too long before we see Adobe CC, too.