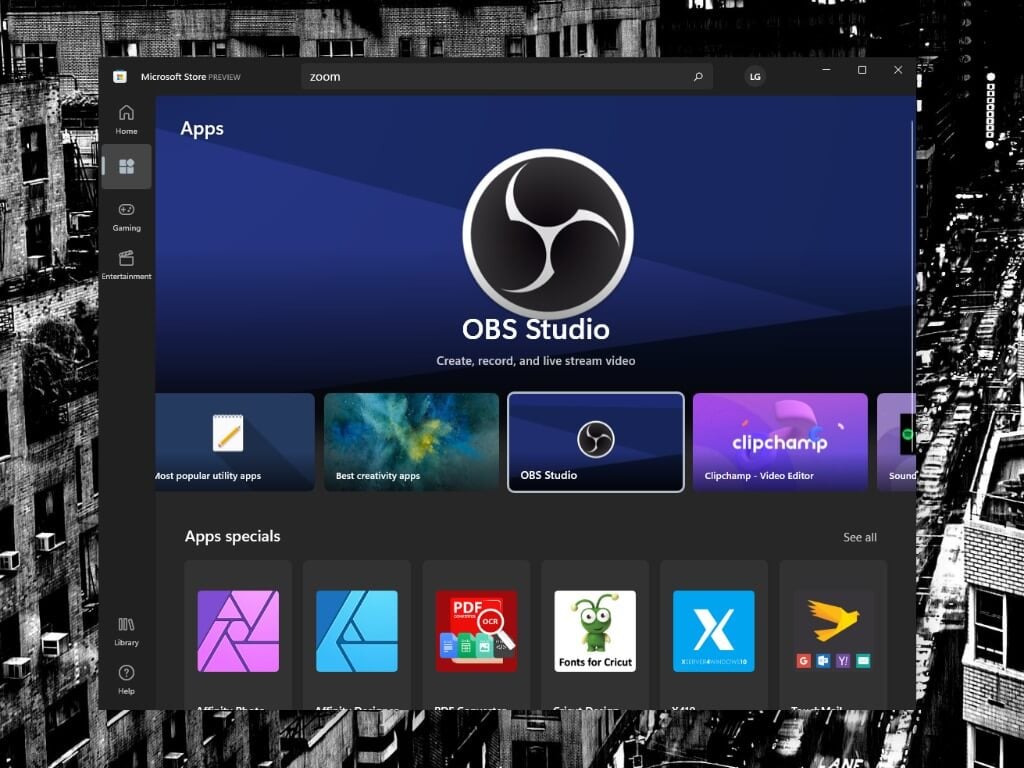 The new Microsoft Store that made its debut in the first Windows 11 preview build has already started to welcome some new high-profile productivity apps. Indeed, the popular streaming and recording program OBS Studios is now available to download from the new Store and is currently being promoted in the top carousel, and it has also been joined by the video conferencing app Zoom.

As many early enthusiasts have been pointing out, this is a good taste of things to come for a Store that struggled to attract big names for so many years. With its new Microsoft Store for Windows 11 (also coming soon to Windows 10), Microsoft is finally adding support for more app types such as Win32, .NET, and PWAs, and the company will also allow developers to keep 100% of their app revenue if they choose to use their own commerce platform for their apps instead of Microsoft’s.

and Zoom is now also in the Windows 11 store. This store is already more useful after just 24 hours in beta https://t.co/7mSqIPwO0X pic.twitter.com/MV4I69tR8s

Microsoft is also planning to bring Android apps on its Microsoft Store via a partnership with the Amazon App Store, though this integration isn't live in the first Windows 11 preview build released on Monday. Microsoft will likely have to share on this front in the coming weeks, but it remains to be seen if Android apps can really offer a "native" experience to Windows users.

If you have yet to install the first Windows 11 Insider build, it's currently available for all Insiders in the Dev channel in Windows Update. Please note that you'll just need a PC with a dual-core processor and a minimum of 4GB of RAM to install it, and you won't need to worry about CPU generations or the presence of a TPM 2.0 chip on your PC to install the new bits.