The Windows 10 May 2020 Update is continuing its slow progression in AdDuplex’s latest survey for the month of September. Off the 150,000 PCs the ad network surveyed this month, 33.7% of them were running the May 2020 Update, up 9.6% points compared to last month.

The Windows 10 November 2019 Update still remains the most popular OS version with a 34.5% usage share, and the May 2019 Update now closes the podium at 25.7%. Keep in mind that AdDuplex’s data only includes PCs running AdDuplex ads, leaving PCs that don’t use Microsoft Store apps out of the picture. 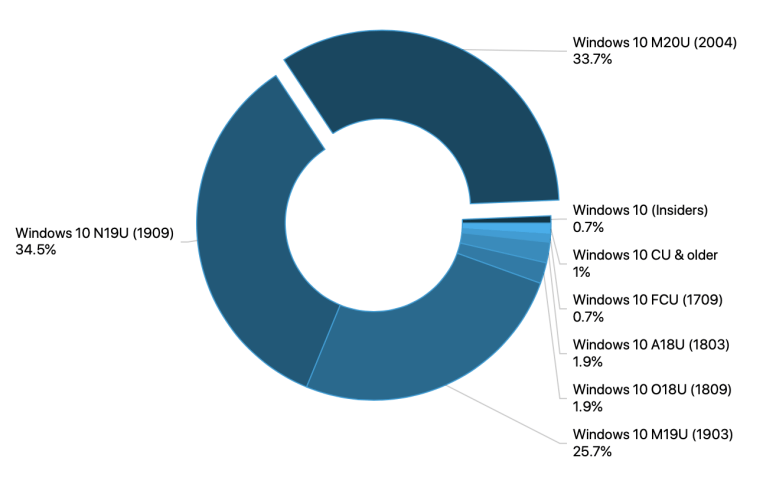 Every major Windows 10 update comes with a couple of issues that prevent all PCs from getting it immediately, and the May 2020 Update was no exception. Even recent Microsoft devices such as the Surface Laptop 3 or the Surface Pro X had to wait until August to receive the update due to compatibility issues, and there are still upgrade blocks in place for devices with Conexant audio drivers.

As you may know, Microsoft is now gearing up to release the Windows 10 October 2020 Update, which should start rolling out to select users next month. The minor release is already available for Windows Insiders in the Dev and Release Preview channels, and it brings minor improvements to the Start Menu, the TaskBar, and notifications.