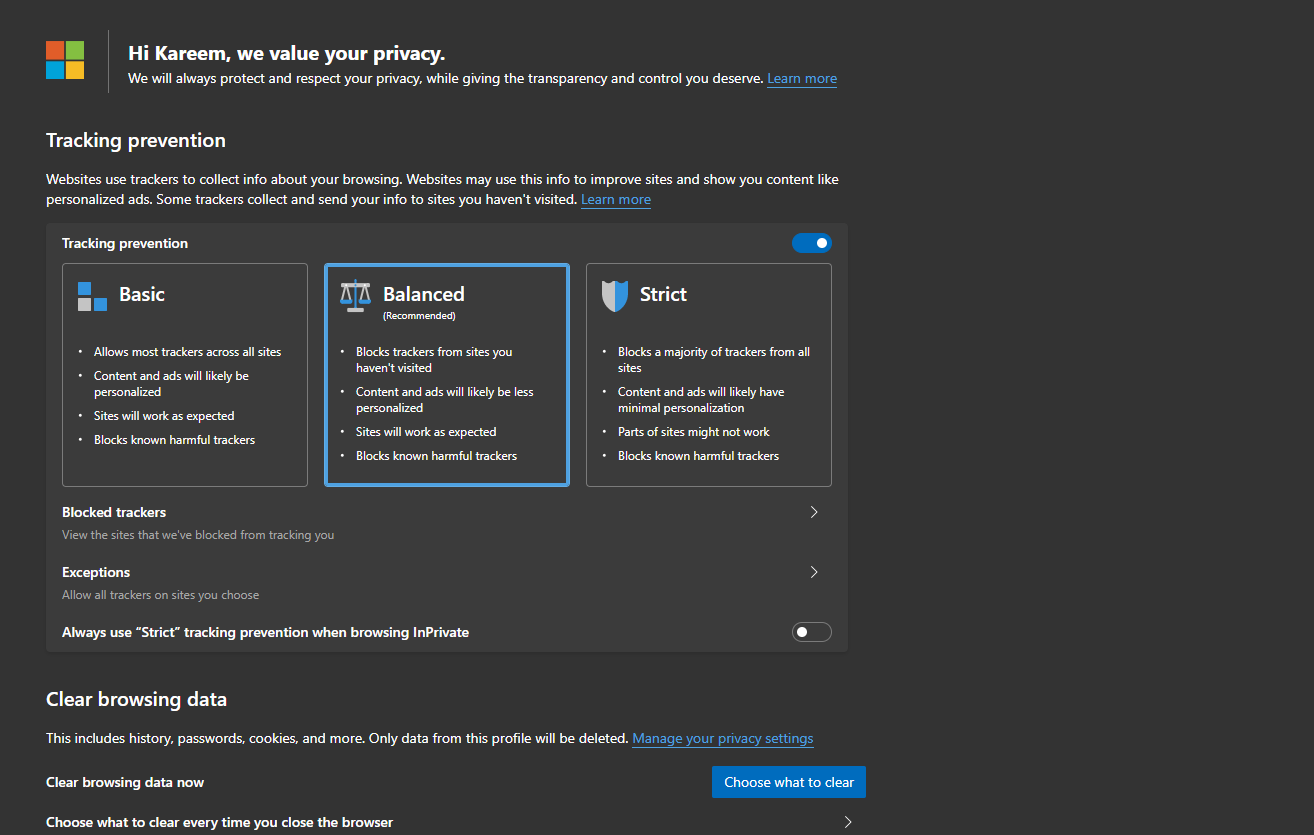 Microsoft's newest entrant into the internet browsing crowd may not pose a direct threat to Google's goliath Chrome browser market share, but it could pose an indirect threat to the company's main revenue source as it champions tracking preventions.

Come January 2020, Microsoft's new Edge Chromium will be officially rolled out to the public with many new devices having the internet browser pre-installed or upgraded to the Chromium-powered tool and, while that isn't substantively different than the original Edge rollout, a new Tracking Prevention feature is being highlighted this time around.

Journalist Ed Bott over at ZDNet ran some tests last week that show that Microsoft putting emphasis on Trust Protection Lists which targets rampant online advertising could, in fact, end up hurting one of the internet's biggest shepards of online advertising in Google.

By building a VM within Windows 10, Bott was able to run multiple instances of various tracking restrictions that included a Basic, Standard, and Strict settings setup.

For my test, I loaded the full set of sample pages, manually visiting each one to ensure that all elements had loaded. Next, I checked the Blocked Trackers page, which lists each blocked domain along with a count of how many elements were blocked for that entry.

The Basic setting blocked only one tracker, from Stripe. If my sample set had been a bit less reputable, it might have blocked a few dangerous sites, such as unauthorized cryptominers or malicious ads.

Using the default Balanced setting, Tracking Prevention blocked a total of 2,318 trackers, or an average of 35 on each page. Of that total, 552 were from Google domains. That's a mind-boggling 23.8% of the total. To put that into perspective, the second entry on the list of blocked trackers was Facebook, which represented 3.8% of the total. (It's worth noting that these results shouldn't suggest any kind of conspiracy against Google. The fact that Google is at the top of any list of online trackers is a reflection of their business model and their ubiquity. Google Analytics and Google AdSense are embedded on a staggering number of web pages.)

Oddly enough, the Strict Tracking preventions didn't result in more sites or ads being blocked due to a storage access workaround that allowed "most third-party ads, including oversized banner ads that push content down in an annoying fashion." Bott noted that most sites loaded faster despite the number of ads and social widgets being omitted from restrictions.

At the end of the day, Edge will have an almost impossible uphill battle in regaining any browser market share Microsoft has shed over the last decade.

However, as ads and user privacy continue to weigh on consumers' minds, Tracking Protection features such as those offered in Microsoft's new Edge browser and others are looking to slowly erode Google's seemingly monolithic take over of the internet.