A new experimental feature will give the Windows Terminal nostalgic CRT effects - OnMSFT.com Skip to content
We're hedging our bets! You can now follow OnMSFT.com on Mastadon or Tumblr! 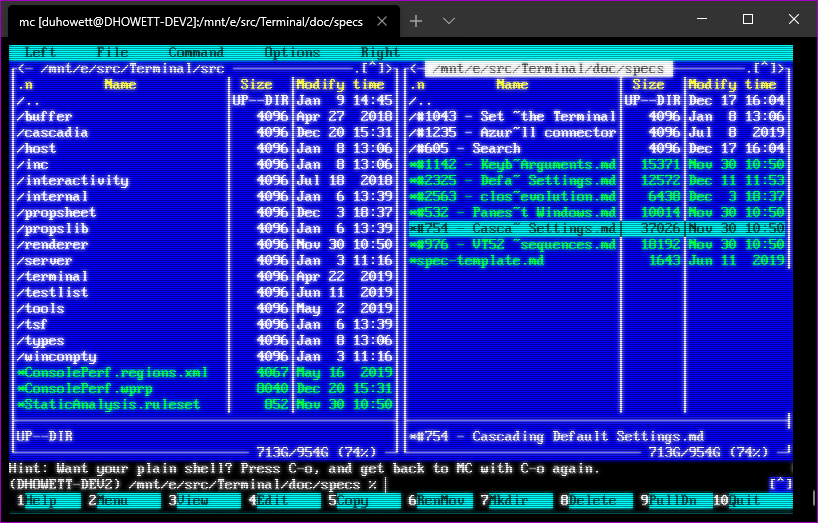 If you owned a computer back before LCD displays were popular, you likely remember CRT monitors and the blue on white colors delivered with Windows or when tweaking with your BIOS. Well, that look is now coming back in the Windows Terminal app on Windows 10, and you're due for some nostalgia. Indeed, Microsoft is giving its new command-line app some of those same CRT-like effects that do look quite funny in the present day (via The Verge.)

A note on the new feature was mentioned by Microsoft on the Github page for Windows Terminal. The company says the new nostalgic CRT effects will come as part of an experimental feature, and it should give you those blue and white scan lines made famous back on computers in the 1980s and 1990s. The update with the feature has already been tested with Microsoft employees internally and will be released on Tuesday, January 14 for everyone else. Fonts used in the effects are known as xPlus IBM VGA8 and are actually available online.

This release will also come with some new features. That includes search, tab sizing, enhanced panes and tabs key binding, and custom default settings. You can download the Windows Terminal app for yourself here, and you can check out our guide for more on how you can get started with it. As a reminder, the project is still in beta, but Microsoft says it is planning to ship a feature-complete version of the Windows Terminal in the first half of 2020.