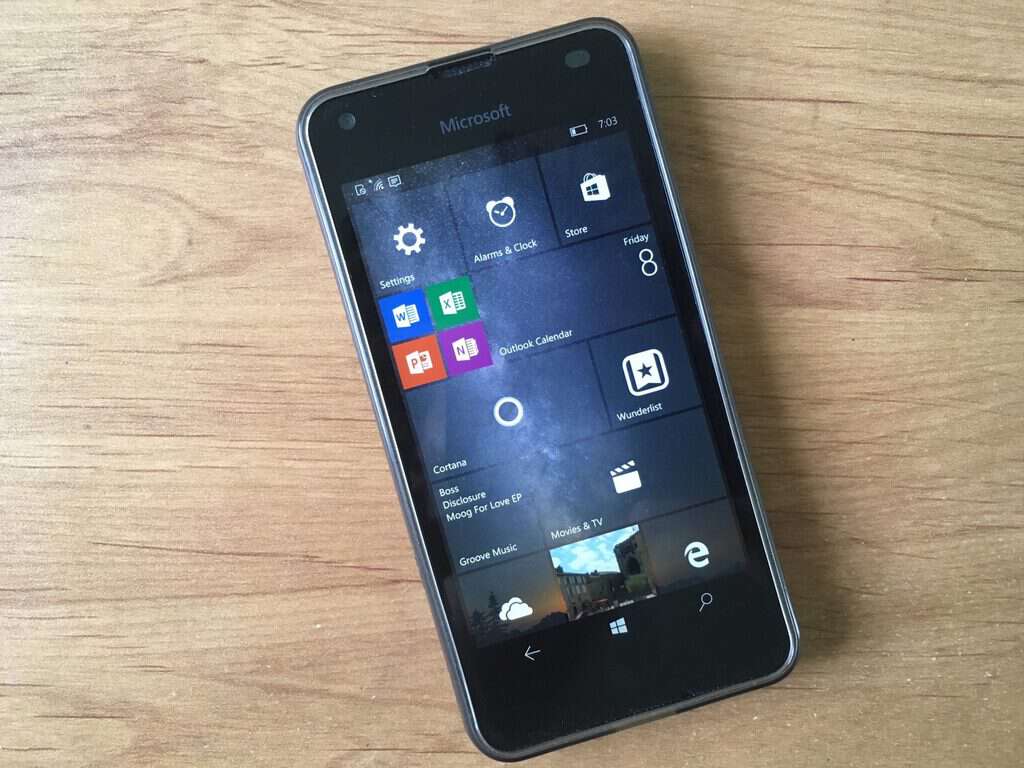 AdDuplex, a popular cross-promotion network for Windows Store apps and games has just released its monthly Windows Devices Statistics Report. As usual, the company's data is just a sample of Windows 10 machines in the market (it only counts devices running Windows Store apps using the AdDuplex SDK), but we think it still tells something interesting about the state of the Windows 10 ecosystem.

This latest report is based on data collected yesterday, which was two weeks after the Creators Update started to roll out to all Windows 10 users worldwide. This time, the company also shared new data about Windows 10 Mobile phones, and we'll start with these fresh insights.

As you can see below, Lumia phones still remain the most popular Windows phones worldwide according to AdDuplex's data, even though Microsoft has completely stopped manufacturing and marketing them. The most popular handset in the sample is the Lumia 640, which is also one of the two oldests handsets (with the Lumia 640XL) that will receive the Windows 10 Mobile Creators Update. Unfortunately, "4 out of 10 top phones aren't getting the official Creators Update," notes AdDuplex. 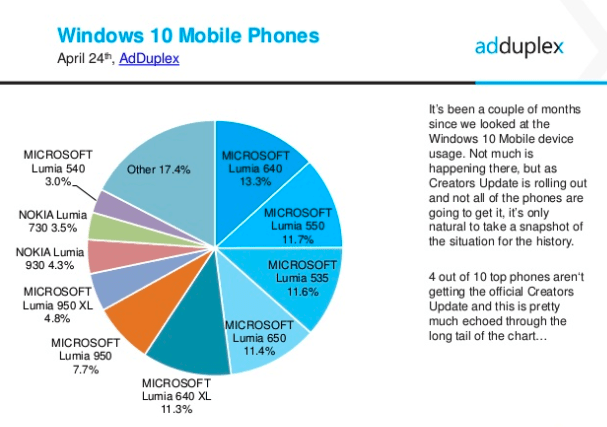 The Creators Update won't start rolling out to eligible devices until later today, but the company noted that more than 10% of mobile users in its sample are already running the Creators Update or the latest builds from the development branch.

Moving to Windows 10 PCs, AdDuplex noted that almost 10% of PCs in its sample are already running the Creators Update. "It isn't easy to compare the velocity with Anniversary Update (due to release timing), but it seems to be more or less similar," the company added. 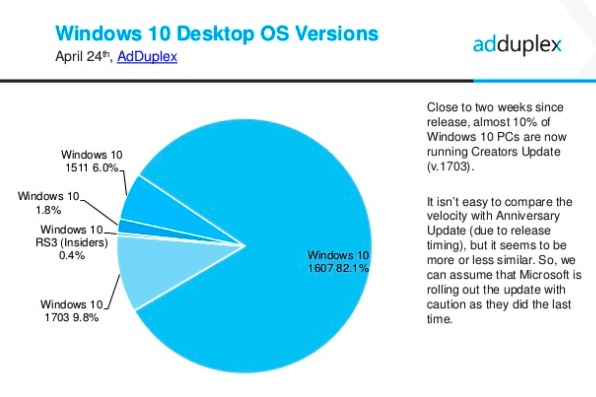 Lastly, AdDuplex shared some interesting data about the Creators Update propagation by PC manufacturer. As you can expect, Microsoft is first with 20% of devices from the sample already running the new OS, with MSI being a close second. Looking closer at the Surface user base, AdDuplex saw that the most recent devices such as the Surface Book and the Surface Pro 4 are receiving the update first (the company didn't include Surface Studio in this chart as "the absolute numbers are just too low to produce any statistically meaningful results").

Compared to the gradual rollout that we're seeing on PCs, the mobile rollout of the Creators Update to eligible handsets should be much quicker. Unfortunately, the Windows Phone user base is becoming increasingly fragmented as a majority of users are still running Windows Phone 8.1, and now 40% of Windows 10 Mobile handsets won't get the latest version of the OS. It remains to be seen if this sad state of fact could discourage more UWP app developers to support the platform going forward.