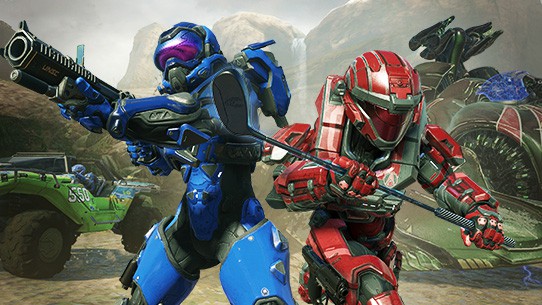 eSports are a massive deal. In a new partnership, Major League Gaming is joining forces with 343 industries to bring Halo's eSports scene into the future. The HCS (Halo Championship Series) enjoyed record viewership over the past year, and the team behind it have been taking a brand new hands-on approach to communicating with fans and creating a full eSports experience. The partnership means that 343 will be hosting the Halo Championship Series on MLG's GameBattles service.

We’re excited to announce a brand new partnership between two old friends. @Halo and @MLG are back in 2018. Get the details here: https://t.co/D3ZhlEjMNd pic.twitter.com/iM7mgcJMw5

The reasoning for the partnership comes down to MLG's long history with the Halo franchise, dating back to the beginning of MLG where Halo: Combat Evolved was one of the favored games. 343 was vague about just what kind of improvements MLG will bring to the table for fans of Halo eSports, but they were specific about one thing: this year's HCS will premiere Jan. 13 on GameBattles.