How to (unofficially) set your own custom background image in Microsoft Teams [Updated, now officially possible] 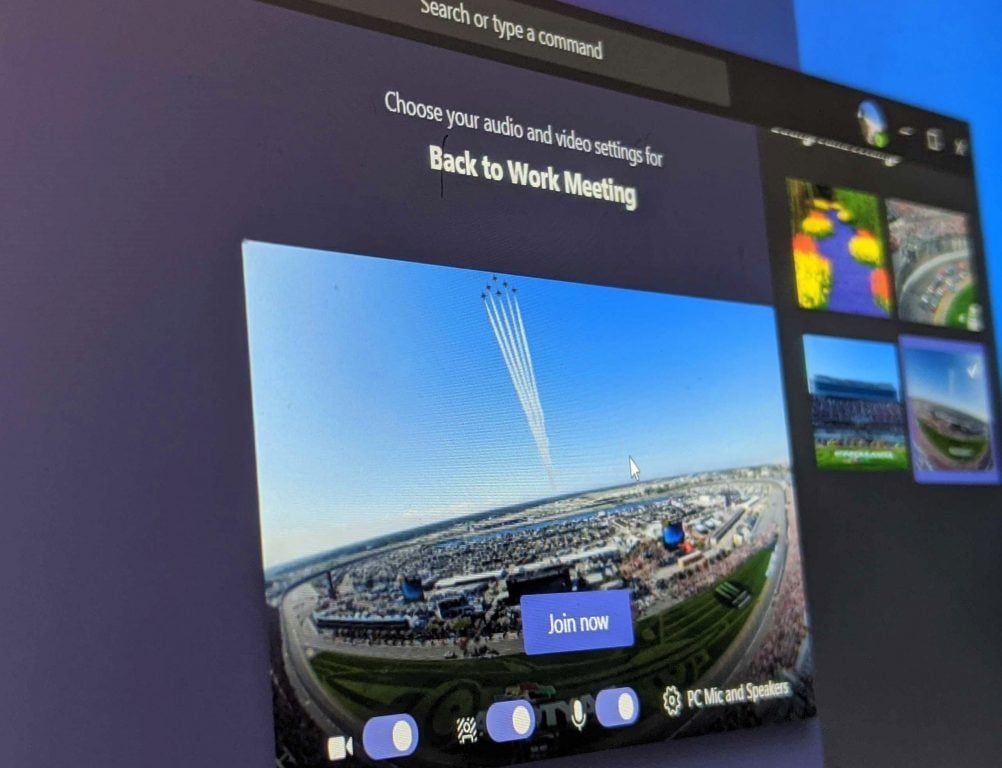 How to (unofficially) set a custom background image in Microsoft Teams

Microsoft still says the ability to set your own image as a background in calls in Microsoft Teams won’t be coming until later this quarter. There’s a workaround for how you can get it now, however. Here’s how.

Applies to All Windows 10 Versions

Microsoft recently made it possible to set a background image in Microsoft Teams during video calls. However, you only could choose from a library of pre-selected images from Microsoft, and not your own. At the time of publication, it’s not officially possible to set an image you’ve downloaded from the internet or saved on your own as your background for the call.

Microsoft still says the ability to set your own image won’t be coming until later this quarter. We advise you to wait for the feature to officially roll out, but if you’re eager, there’s a workaround for how you can set your own custom background today.

This is thanks to the way that Microsoft Teams stores the default pre-set background images on your PC. The software stores images in a file folder, and if you know where to navigate to, you can add your own images to that folder and they’ll become accessible through Teams as backgrounds. Here’s how you can do that.

Update: Since this article was originally published, it’s now officially become possible to set custom background images in Teams. We invite you to check out our post here for more information. 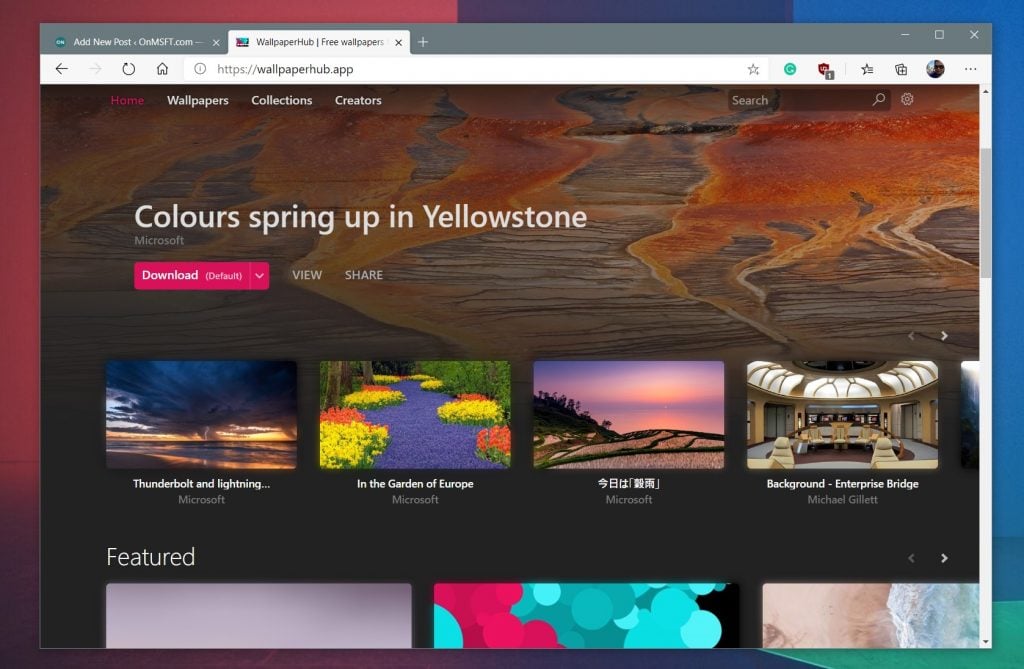 The first step before doing anything is to find the image you want to set as your background in Teams. We suggest heading to WallpaperHub.App to find a nice image. This website has images themed towards Microsoft and even features a collection of Bing’s daily images as well. Of course, you also can head to Google, too, and download your favorites, be it a natural theme, cityscape, or more. The possibilities are endless, but just be aware of copyright issues, and keep your image appropriate for the workplace. 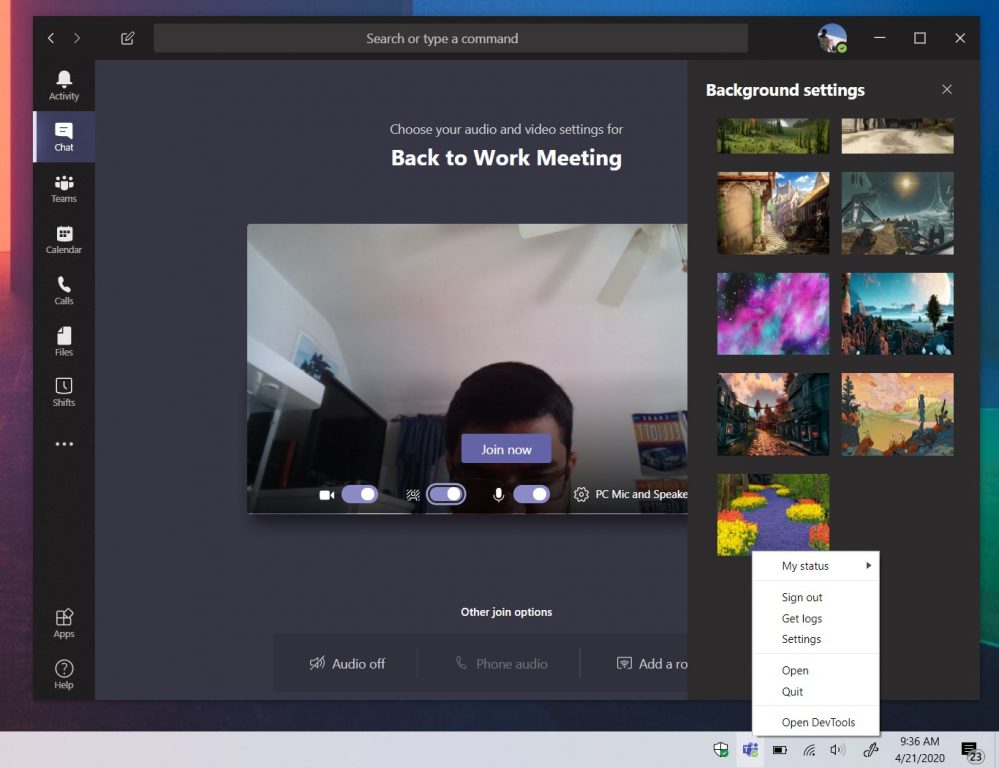 Once you found the image you want, you’ll want to quit the Microsoft Teams app. To do this, look for the Teams icon in your Windows 10 System Tray. Once you see it, right-click it, and then click Quit. Quitting the app will ensure you don’t lose any data while messing with the folders in the next step. If you can’t see the Teams icon in the System Tray, you can quit the app manually. Do this by opening Task Manager with CTRL+Shift+ESC, choose the processes tab, click Microsoft Teams, and choose End Task. 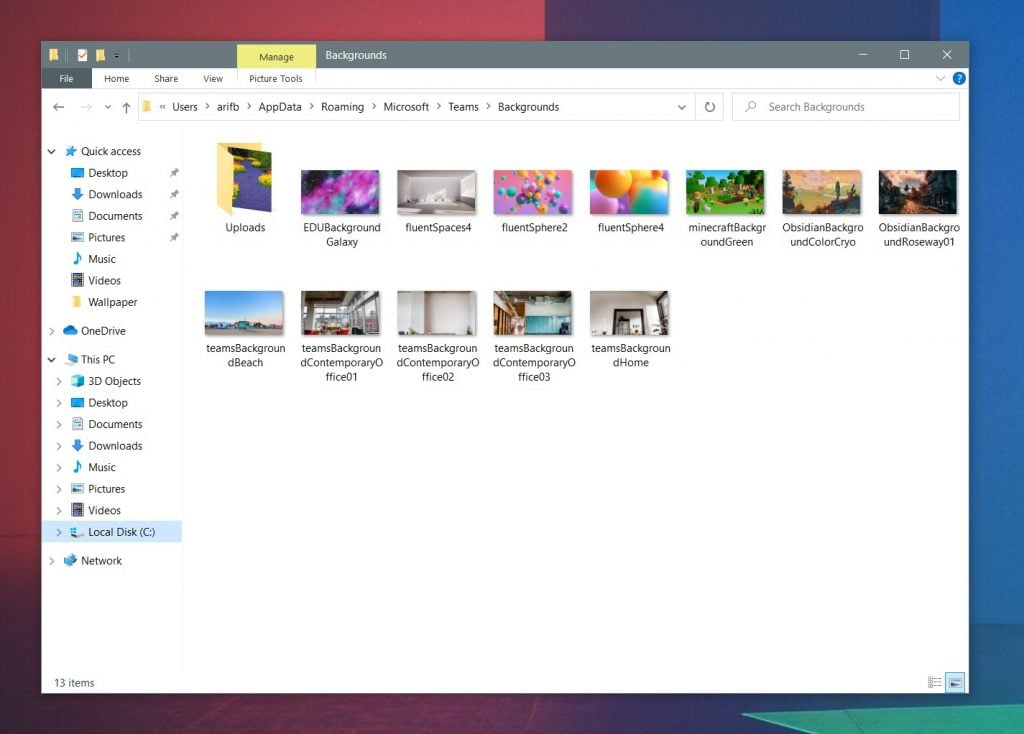 Next up, you’ll want to open the File Explorer, which is typically pinned by default to the Taskbar. Make sure you’ve logged in as an administrator or have administrator privileges, otherwise this method won’t work since you’ll be navigating the subsystem. If you’re worried about navigating to the wrong folder, you also can just copy and paste this address into the bar atop the File Explorer. You also can follow our steps below, if you want to be more adventurous.

Once you’re in your user folder, you should see a hidden folder for AppData appear at the top. Click it, and then click Roaming. Now that you’re in the Roaming folder, scroll down and double click on Microsoft. Then, after that, click Teams. You’ll then want to click Backgrounds. Followed by Uploads.

From the Uploads folder, you’ll want to paste in the file you saved for your background. You can drag it from where it was saved before. Or find it, and then hit CTRL+C and then go back into the window and hit CTRL+V. 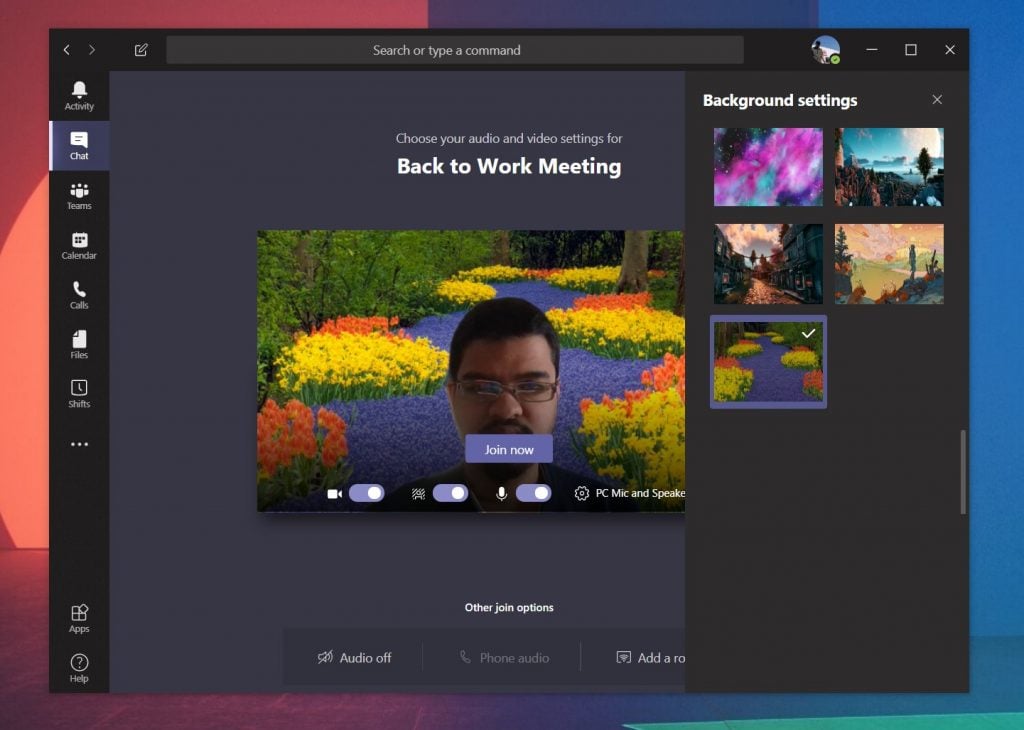 Now that you’ve uploaded the file you want, you can relaunch Microsoft Teams. You’re then free to join your meeting with the custom image as we previously described. Once you join, you should see the image you previously uploaded in File Explorer appear under the Background Settings list!

Have fun! And show us your backgrounds!

With this workaround, the possibilities of backgrounds in Microsoft Teams are almost endless. There are, however, some caveats. GIFS do not work properly as background images, and some images downloaded from the internet might have their contents reversed or mirrored when uploaded into Teams. That’s likely due to copyright concerns. We do hope you enjoy custom backgrounds, now though. So drop us a screenshot in the comments below with your best backgrounds!