How to Install Windows Subsystem for Android on Windows 11

WSA allows users to run Android applications directly on their Windows 11 machines. This can be useful for developers who want to test their applications on multiple platforms without having to use a separate device. It is also useful for users who want to take advantage of the features and apps available on the Android platform.

The Subsystem for Android gets installed along with the Amazon app store. However that may not happen for one of two reasons. Amazon app is still not available for your country. Or you are encountering an error in installing or launching WSA.

You don’t have to worry as we will install it with a workaround using the official file. In this article, we will provide step-by-step instructions on how to install the Windows Subsystem for Android on your Windows 11 PC.

Some Windows 11 PCs let you install it directly from the Microsoft Store. Others can install it using the manual method and get it running in no time. We will use adguard, an online direct link extractor for apps. It provides the direct download links for apps and programs from the Microsoft store. Follow the tutorial to download and install Windows Subsystem for Android on Windows 11.

1. Go to store.rg-adguard.net and paste this URL in the box: www.microsoft.com/en-us/p/windows-subsystem-for-android/9p3395vx91nr
3. Select slow from the box on the right and click on the tick mark to start the search.

4. Find the file which is around 1.35 GB in size with the name beginning “MicrosoftCorporationII.WindowsSubsystemForAndroid…”. 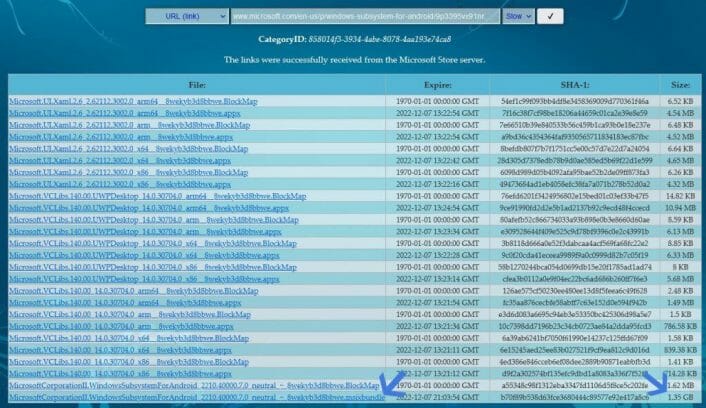 6. Launch the file and click on install to begin the installation. 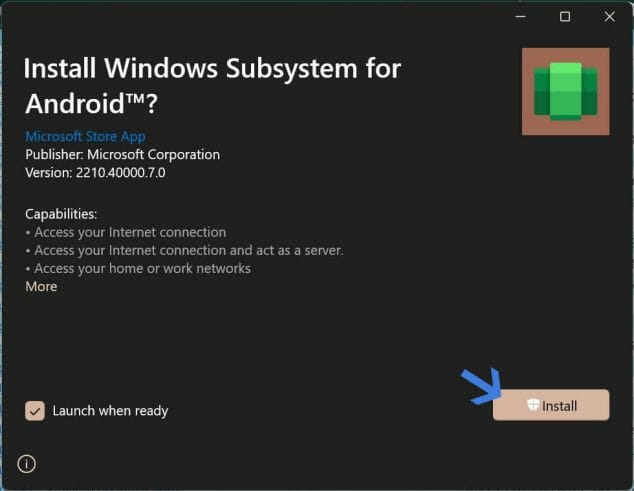 7. Now head to the Start Menu and search “Turn on Windows Features…”. Go to the first result from the Control Panel. 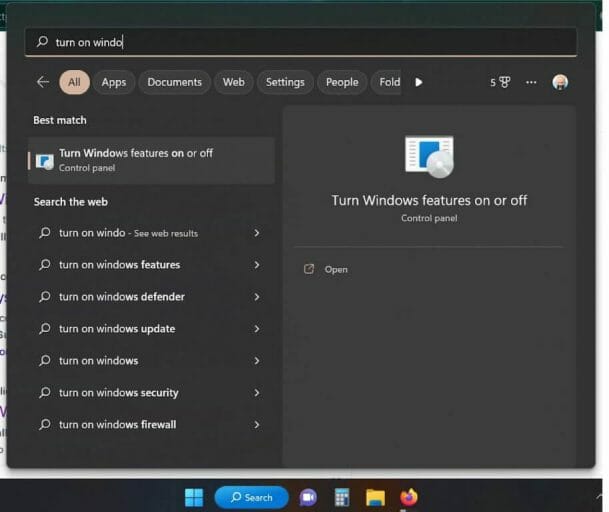 8. Find Virtual Machine Platform from the list and tick the box next to it. 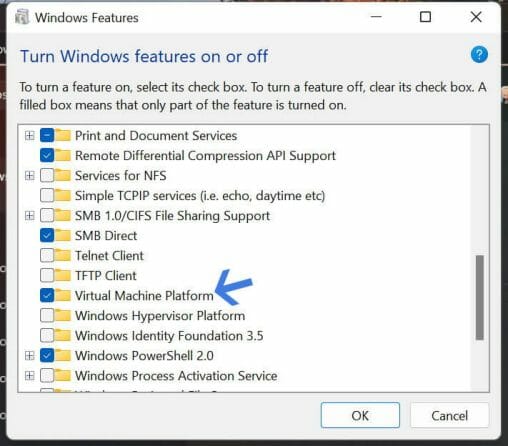 9. Click OK and you will be prompted to restart the computer. Accept the suggestion and let your PC restart to apply the changes.

You can use this method to install Windows subsystem for Android on any computer running Microsoft’s latest installment. Now you can also sideload Android apps on Windows 11 without the Amazon app store.

The WSA has shown improvement over the year with consistent updates. But there lie room to provide better compatibility across the board. We could not install WSA through the Microsoft store on the first try because of some out of the blue errors. On the other hand, the alternative method worked on the first try which involved installing the same file without the MS store.