Microsoft completely redesigned Cortana with the Windows 10 May 2020 update. It's now separated from Windows Search and appears as a regular app on your desktop. The new Cortana revolves around a "conversational" experience, using a UI similar to a messaging app, but doesn't yet have full feature parity with the older version.

As Cortana's now a UWP app delivered through the Microsoft Store, it's possible to remove it from your system. This supersedes older Registry and Group Policy tweaks for previous versions of Windows. Using this technique, you can remove the Cortana "app" altogether, so it vanishes from your Start menu. 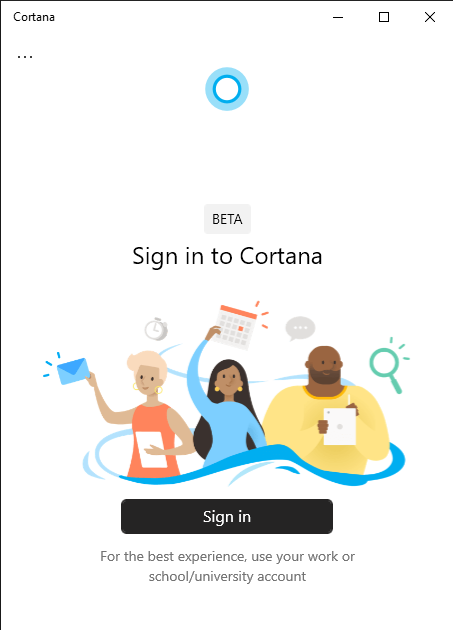 If you try right-clicking Cortana's Start menu entry, you won't see an option to Uninstall. As Cortana's still a built-in system app that's bundled with Windows, Microsoft disables uninstalls through the usual method.

To remove the app, you'll need to use PowerShell. Search for PowerShell in the Start menu, right-click and choose "Run as administrator." Acknowledge the User Account Control popup that appears to grant yourself administrative access.

Type the following command into the PowerShell window and press enter: 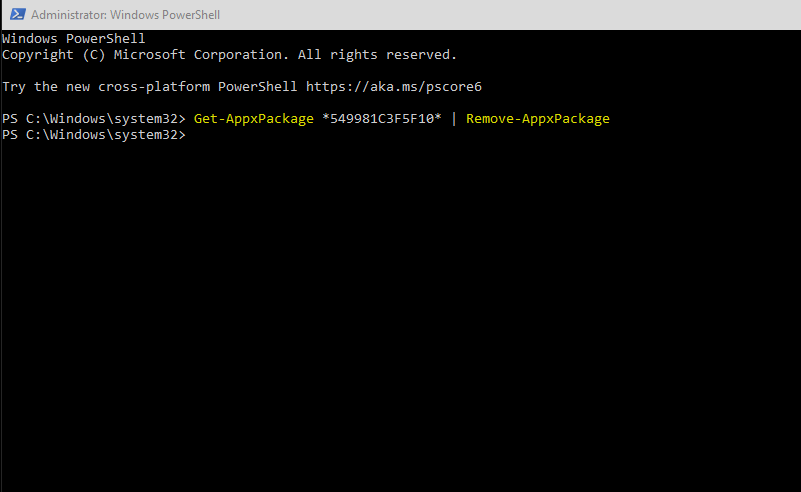 A progress bar will briefly appear and then go away. Cortana will now be removed, with its entry removed from the Start menu. If you're wondering about the command above, we first get details about the Cortana app package and then feed them to the "Remove-AppxPackage" applet which takes care of the removal. (Cortana's app package has a strangely cryptic name, which doesn't mention "Cortana" at all).

You can reinstall Cortana at any point in the future. Simply head to the Microsoft Store, search for the Cortana app and install it. Cortana will now be integrated back into your system.