It’s pretty unusual for a premium smartphone to see a $1000 price drop in less than a year, but Microsoft’s Surface Duo has been discounted quite regularly in recent months. A Surface Duo 2 is reportedly in the pipeline with a triple camera system, 5G connectivity, and NFC support, and Microsoft and its retail partners may want to move on from the original Surface Duo and its outdated specs as soon as possible. 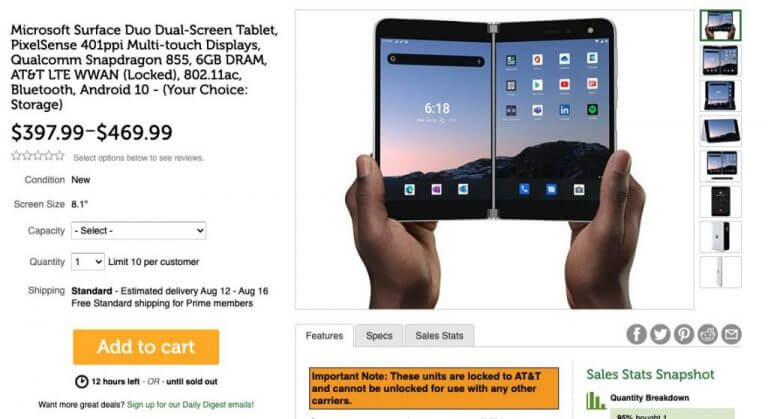 There's nothing really wrong with the Surface Duo's hardware, but Microsoft has been slow to iterate on the software and last year's Android 11 update is still nowhere to be seen on the Duo. If Microsoft is serious about competing with Apple, Samsung, and others at the very high end of the mobile market, the company will need to do really step up its game with the Surface Duo 2.

The original Surface Duo was very hard to recommend at $1,399, but at $398, it can definitely be a nice companion device you can bring with you on the go, whether you want to put an AT&T SIM card in it or not. The dual-screen device didn't ship with the latest and greatest specs, though, so make sure to keep your expectations in check.