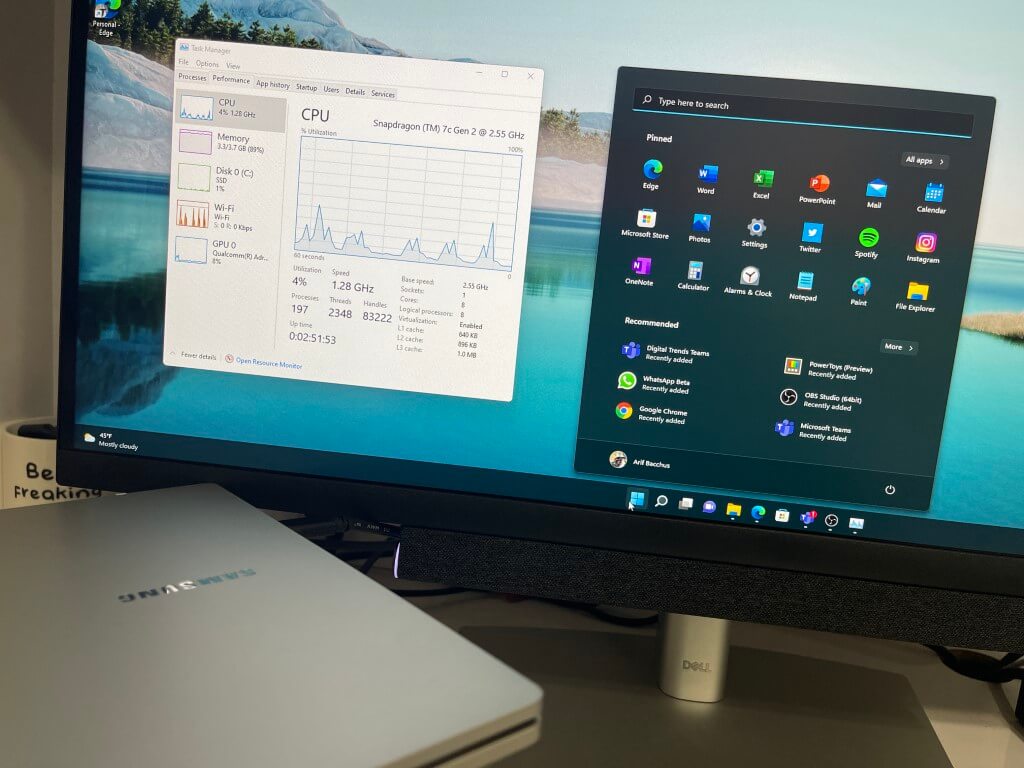 As a Microsoft blogger and technology fan, I have a lot of PCs. Most of them are Intel or AMD-powered. There are ARM devices like Lenovo Flex 5G, or the Galaxy Book S, but I was a huge critic of Windows on ARM when I reviewed the Surface Pro X.

It wasn't ready at the time, with app-emulation suffering, and not many developers coming on board to optimize their apps for ARM-based processors like the Microsoft SQ1. For this reason, I stayed away from ARM PCs at all costs.

Yet late in 2020, Microsoft introduced x64 app emulation for Windows 10 on ARM. That technology has since made its way to Windows 11, and, being the curious person I am, and knowing the efficiency updates that Windows 11 comes with, I wondered, how does a low-end Windows 11 on ARM PC perform in 2022?

I decided to give Windows on ARM a second shot on the Snapdragon 7c Gen 2 Powered Galaxy Book Go, and the results surprised me. It didn't end up coming out as bad as I think. 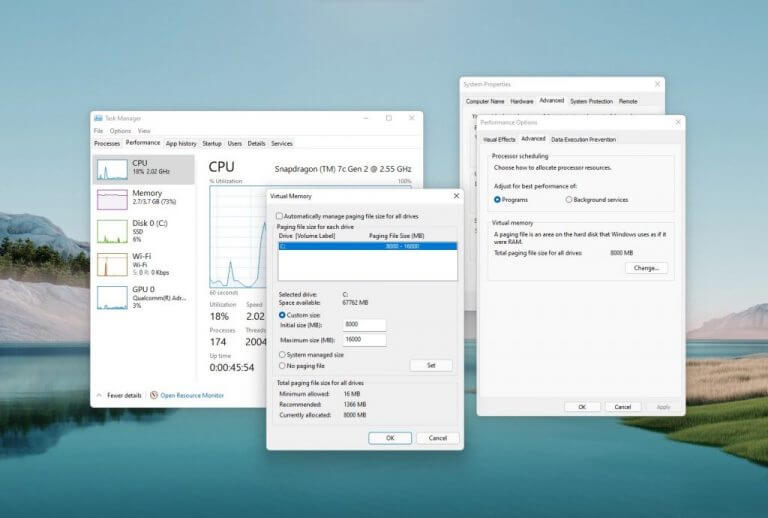 I do want to make it clear; to get the best Windows on ARM experience, a premium device will give premium results. A Surface Pro X or an Acer Spin 7 are good examples. Yet, for my simple experiment and dive back into Windows on ARM, a low-end machine works, too. I have the Galaxy Book Go, which has 4GB of RAM, and 18 GB of euFS storage. It's a cheap machine, priced at $250 right now.

With those specs in mind, I made some tweaks. I added some extra space to the Windows 11 Page File size, which is easily doable in a few steps. This can help system performance with the 4GB of RAM is used up. I added 16GB extra, just to be safe. Otherwise speaking, my system is stock. Now, let me tell you why it's not all that bad, especially for work or school.

The Microsoft apps I need are now optimized for ARM. 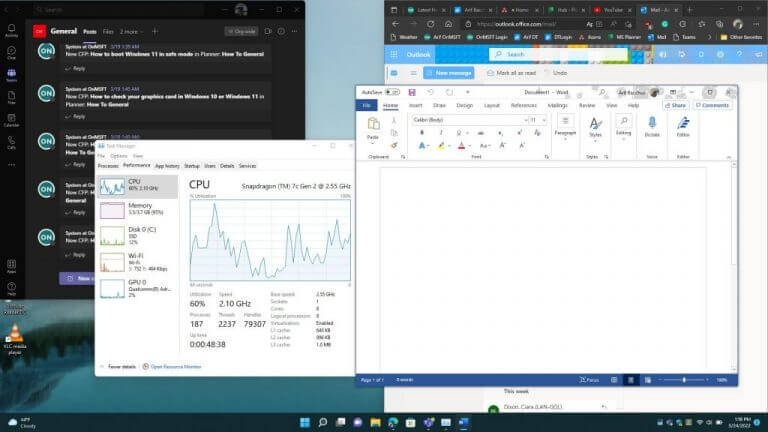 Since the introduction of the Surface Pro X, Microsoft has optimized a lot of its apps for ARM-based devices. The main heavy hitters, Teams, Office, and Edge, are all optimized. This means the apps run natively, without emulation. In terms of performance, that means less lag, less freezing, and no throttling.

In the case of my Galaxy Book Go, that's what applies. The day-to-day  Microsoft apps I use on my more premium Intel-based Surface Laptop Studio, performed amazingly. I was able to keep 6+ tabs open in Edge, with the web browser managing tabs and putting inactive ones to sleep to ensure that the system wasn't using up resources. If anything, the tabs just briefly reloaded, putting me back into my action. Even Teams, which is known to be resource-intensive as is, didn't give me any issues. 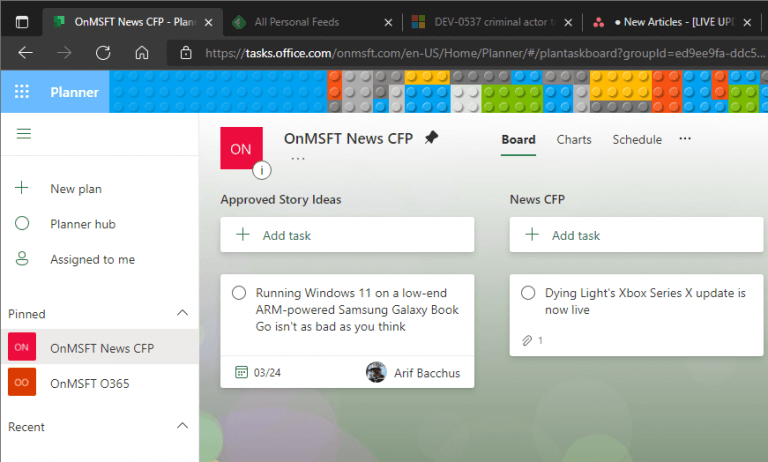 Now optimized for ARM devices, Teams loads between channels and chats without lag, and I never missed notifications. Oh, and even Word is optimized for ARM chips. Opening up all these together didn't cause my Galaxy Book Go to lock up, as I expected. It's amazing to see what happens when the Microsoft software matches the partner hardware.

I do also want to touch on the fact that I plugged my Galaxy Book Go into a 4K monitor for work. I expected that this would cause it to slow down a bit, but Windows tackled the high-resolution change just fine. A budget-friendly Windows on ARM device isn't so bad, after all.

The last part of my story touches on 64-bit app emulation. Now native in Windows 11, it works quite flawlessly. Part of my test involved using OBS studio for the screen recording above. This is a 64-bit app that runs under emulation on the Galaxy Book Go, and it completed recording without issue. Even other 64 bit apps didn't seem to take performance hits. I sure don't see myself gaming or editing videos on this Galaxy Book Go, but it's nice to see that the emulation works well with basic software like OBS Studio.

Excited for what's to come

I mentioned on the OnPodcast one week that Windows on ARM was "reborn" recently. Lenovo seems to be proving why, with the new ThinkPad X13s. It's a new device that's powered by the Snapdragon 8cX Gen 3 processor. In particular with this new Lenovo device, Lenovo says it worked with Microsoft and other partners to ensure apps businesses need work fine. This is done through the App Assure program. So, after experiencing just "budget-based" performance on my Galaxy Book Go, I only think that more ARM-based premium laptops can be better from here on out. Now that Microsoft has optimized its own apps, and is ready to partner with developers and partners, Windows on ARM could finally be ready.