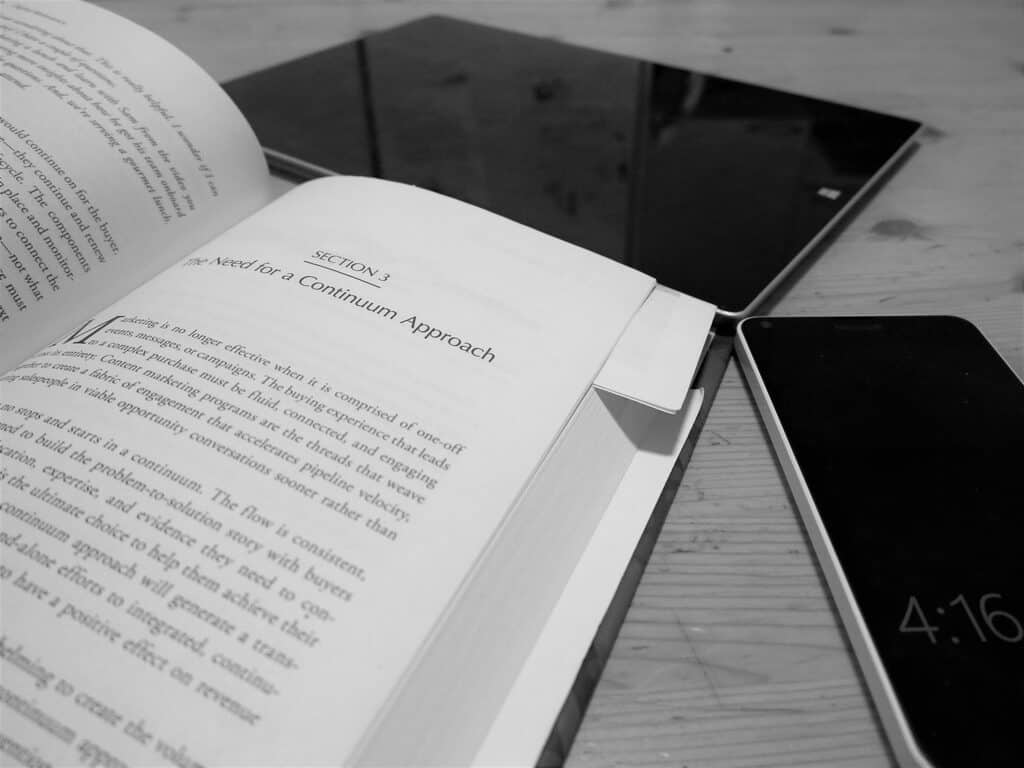 Reading is one of the most common forms of content consumption on any mobile device, and an ecosystem can only be complete when it also offers a satisfying reading experience in addition to movies, music and the occasional time-killing games. Unfortunately, Microsoft still has their work cut out for them in this regard, as reading remains one of the weakest parts of the Windows ecosystem, especially on mobile phones, as WinBeta editor Mark Coppock has illustrated in a detailed (and may I say heartfelt) article not too long ago. Nevertheless, some time has passed since Mark's analysis, and as part of the year-end look at the state of Microsoft and Windows 10 in anticipation of the future, I would like to revisit the topic, and see whether any positive or negative changes have ensued.

As a foreword, the reading experience you will get out of your Windows 10 devices (presently encompassing Windows 10 PC and mobile) will differ vastly depending on your book source. Non-DRM, free book readers will obviously have a much wider range of choices regarding text output, while regulars of centralized ebook retailers like Kindle, Nook, Kobo and so on will have to rely on the official app from the respective makers for the most parts (not accounting for backstage methods which can be found reasonably easily on the internet). There will be divergence on the experience on Windows 10 on mobile and desktops diverge, which will become apparent in individual app examination.

First of all, however, let's tackle the elephant in the room. 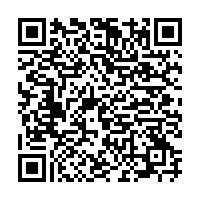 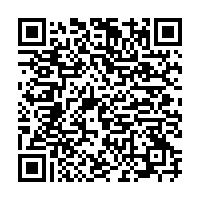 The Kindle app experience on Windows Phone has been, to say lightly, archaic. Amazon's first effort on Microsoft's mobile OS was from Windows Phone 7, and the app has gone almost unchanged and un-updated since, besides an update for Windows 8 and a few bug fixes from years past. Not counting all the fancy differentiations of Amazon's ebook reader on other platforms like X-ray, word lookup, Book Browser and so on, even basic functions like highlighting and collection are not present; it's as barebone as it gets, which will undoubtedly turn away heavy readers and advanced Kindle users. The UI is also sorely in need of an update, and to add to the pain, there is no simple in-app book store, instead users are forced to the browsers for purchases. At this point in time, there is no update.

The Modern Kindle app on Windows 10 PC is, sadly, not any better, with similarly dated UI and reading experience. There is a caveat however: you are not limited to it, like on mobile Windows. Kindle Cloud reader is always an option, and the desktop Kindle for Windows reader can be easily downloaded from Amazon's website, and works much better, while ironically looking more like a Windows 10 app than its Modern counterpart.

The desktop program is surprising good for touch, especially in full-screen mode, responding well to taps and long presses, with big icons, and intuitive bottom menu bar. With the newest update that I literally received while typing this article, the side bar now changes color depending on your current theme, eliminating my biggest complaint. While you still cannot change font like on the non-Windows mobile apps, Kindle for Windows on desktop is now a solid reading experience, and here's hoping Amazon see sense in the near future and just port it to the Store as a Universal app. 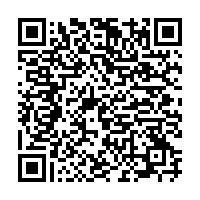 Often touted as the last standing force against Amazon's total domination in the ebook and ereader space, Japanese-owned Canada-based Kobo, though young, has quickly become one of the biggest ebook distributors on the planet. Kobo's philosophy differs from that of Amazon, focusing more on the reading experience and freedom of readers, evident in their use of the more open, more common ePUB ebook format, instead of a proprietary format similar to Kindle. Much has been said on the internet on the epic Kobo-Kindle battle, but for Windows 10 users, there should be no comparison, as Kobo is available as an Universal Windows App.

This means you get a pretty comparable user experience on both mobile and PC. The app is intuitive enough; there are simple but sufficient customization options. However, there is no highlight feature, nor any lookup function. It is sadly a very barebone reading experience.

I did notice that it took much longer for the in-app book store to load on mobile than on PC, and the PC app seems a bit unstable: on my first install, the app would crash repeatedly whenever a book is opened, making it unusable; a re-install fixed the issue, though book loading time still leave things to be desired. Overall, however, the app is a good alternative for Windows book readers, and it's encouraging to see a big-name retailer taking care of their customers on Windows. Which brings us to the 3rd odd case of DRM book readers. 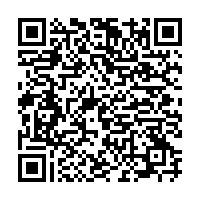 Remember NOOK? Once a proud competitor or the Kindle e-reader from the venerable Barnes & Noble (B&N), the NOOK has sadly fallen on the wayside in popularity in recent years, even forcing its parent company to find way of spinning off the whole business. During its turbulent times, NOOK has seen some notable investment, most relevant to us among which is Microsoft itself. The partnership sadly went the way of the dodo last year, with very little result: Microsoft still didn't have a substantial ebook presense, and NOOK was still struggling.

Coupling with some ugly fall-outs between Microsoft and B&N, and you'd have thought we would never see NOOK on Windows again. Sure enough, a mobile NOOK app never came, but the Windows 8.1 version still stand defiantly in the Store, and while the interface is a bit outdated, it's actually not a bad reading experience, especially when comparing to the abandoned Kindle app.

The app offers the best and most devious ways of leading users from a preview to a book purchase: apart from the usual end note, there's a small "Buy" button on the lower right corner, which you can press unabided anytime during your reading to buy the rest of the book without ever having to leave your book page. Highlights, bookmarks and notes are supported, and there's also a built-in dictionary for looking up words. You can even pin a book to Start for easy access. As NOOK also uses ePUB, your own ePUB and PDF can be imported into the app for reading.

There are some caveats however. I have found non-Unicode charater (e.g. Japanese) display to be iffy and book dependent, with the worst case leaving only squares in place of letters. This is despite the developer's promising description claiming such ability. The biggest offender, is of course, the app's complete absence on Windows Phone. If you can get over the fact that something other than your Lumia is needed for on-the-go reading, however, the app is still a reasonable alternative.

What about the freer souls among us book lovers? The ones who refused to be tied to a retailer, or are content with classics whose copyrights have run out? There are quite a few choices both on mobile and PC for you then, and I'll just list out some personal favorites. 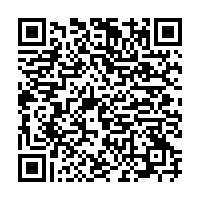 Essentially the best non-DRM ePUB book reader on the Windows Store everywhere. It was recently updated to a Universal Windows app, and has all the functionalities you would ever need in a book reader: a bevy of customization options (super granular, e.g. changing background color with RGB values), nice book formatting and user interface, text selecting, dictionary, text-to-speech, bookmark, highlight and more; basically everything you will ever need in an e-book reader. With the latest update, the on-screen navigation bar in Windows 10 Mobile can finally be swiped away, leaving a clutter-free reading experience.

As good as it is, Freda is not without quirks. I have noticed that word spacing formatting is not the best, though it can be changed. Font changes and other such customizations can take a while to be implemented across the book, during which the app will be a bit jerky. Overall, however, Freda is as good as it gets on the Windows app platform, and with a full-featured free version and a dollar price for removing ads, much cheaper than its equivalents on other platforms. Highly recommended.

Free Books is not just as its name implies: an app where you can get, and read, non-DRM books for free (the app itself, however, is not). True to the developer's words, once you download the app, the books are available for download at your beck and call at absolutely no additional charges.  Granted, they are all classics sourced from public domains, so there was never a price tag in the first place. It's clear, however, that the developer has taken great care in adding substantial value to readers. Books are hand-picked and sorted in categories, and there are custom covers for selected books. Best of all, hundreds of classic audio books are also sorted and available for free download, making the app essential for busy readers.

The interface reminisces of Windows 8 era design language, with the ability to zoom out on the home page to see all categories. Reading experience is as minimal as it gets, with only six font sizes and 2 reading modes. One small feature is my favorite: when opening a book, the app will display a random quote on its loading screen. There is, however, no way yet to add your own books to the reader, and since the books are curated, your favorite classics may not be present.

Overall, the lack of reading customization can be easily forgiven considering the huge amount of content made easily accessible. For those looking to enrich their classical literature repertoire, Free Books is as good as it gets.

Should Microsoft have an e-book service?

Overall, the reading experience on Windows, especially from a centralized e-book distribution perspective, hasn't changed much from its lackluster state in the past few years. As Microsoft continues its slow, but adamant, push for Windows 10 and the Universal Windows App model across all of its devices, the e-book weakness of its ecosystem compares to competitors becomes ever more apparent. Reliance on third-party providers has proven to not be a viable and sustainable option, given the state of the Kindle app on Windows and the Nook deal; sure enough, Google and Apple realized it, and went on to make their own stores. Arguably, e-books is going to be a pivotal point to address if Microsoft wants its ecosystem to ever be taken seriously by mobile users: personally, I've known many for whom the lack of an integrated ebook service has eliminated Windows phones from their consideration . The question now is when, how, and how fast?