Opinion: Windows 365 isn’t for consumers right now, but I want it anyway

Microsoft officially announced its new Windows 365 Cloud PC offering earlier this week at its annual Inspire conference, and the subscription service will be available for enterprise customers starting in August. Microsoft hasn’t confirmed the pricing details for all the different configurations yet, but we’ve already heard that a Windows 365 Cloud PC with a dual-core CPU, 4GB of RAM, and 128GB of storage will be priced at $31 per user/month.

There will be 2 different flavors of Windows 365 when the subscription service becomes available next month: Windows 365 Business will be for SMBs interested in deploying Cloud PCs for up to 300 users, while Windows 365 Enterprise will let bigger organizations deploying cloud PCs for an unlimited number of users.

If Microsoft’s Azure Virtual Desktop already made it possible to access Windows through the cloud, Windows 365 promises to make this even easier for enterprise users by removing the complexity of traditional VDI deployments, and by providing customers multiple configurations with a per-user, per-month pricing. With a Cloud PC, customers will be able to access a Windows 10 or Windows 11 machine with instant-on startup, and this should be a really attractive proposition for any organization in need of a secure environment to run Windows apps, including power-hungry ones.

There’s no dedicated Windows 365 offering for Education customers right now, even though accessing a Windows Cloud PC from an iPad or a cheap Chromebook would be a great use case. Microsoft is also ignoring consumers and Windows enthusiasts, though it makes sense for Microsoft to target SMBs and bigger organizations first with Windows 365.

Still, I’m probably not the only one who sees the idea of easily accessing a Windows PC from a web browser on any device really appealing. As someone who uses Windows virtual machines on many devices including Macs, the instant-on and resource-friendly aspects of a web-based solution are real killer features. I’d happily pay for a Windows 365 for consumer subscription if this meant I never have to touch Hyper-V or Parallels Desktop for Mac again.

With Microsoft’s new Chromium-based Edge browser headed to Xbox consoles soon, I can imagine using Microsoft’s Cloud PC solution to turn an Xbox console into a productivity machine, or even a gaming PC for running Steam games. Xbox Insiders have been having fun using the new Edge to access Google Stadia or other web-based services on the console, and having access to the Cloud PC on the console when you need it would definitely be a killer feature.

Microsoft made cloud gaming really affordable with Xbox Game Pass Ultimate, but maybe the economic equation isn’t as simple to bring Windows 365 to consumers right now. However, we’ve already seen startups like Shadow offering access to a high-end PC to run the Windows apps and games you want on any device, and the service is currently priced at $29.99/month. The tech specs can vary by market, but for this price, you can expect a 4 cores/8 threads CPU, a GeForce GTX 1080 or equivalent, 12GB of RAM, and 256GB of storage. 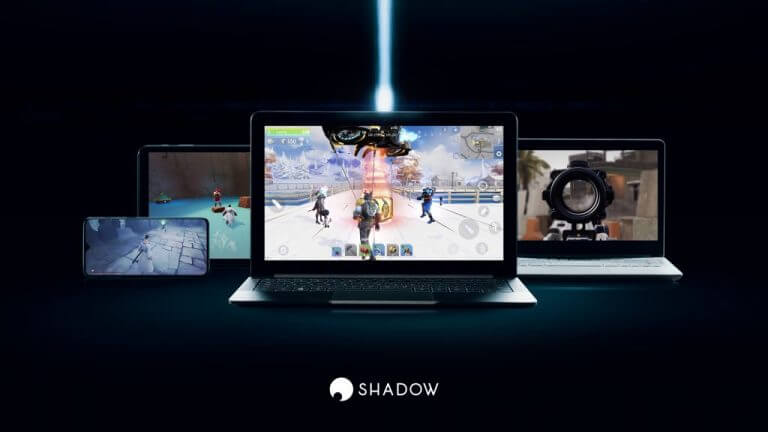 It remains to be seen if Cloud PCs could become the next big thing in the technology world, but Shadow was recently acquired by OVHCloud, one of the biggest cloud computing companies across the world which apparently has big ambitions for the Cloud PC service. However, Windows 365 and Shadow are probably not going to hurt PC sales in the near future.

The ongoing COVID-19 pandemic led to a renewed growth for the PC market despite chip shortages, though recent reports from IDC and Gartner recently pointed out that this growth has begun to slow down. However, the upcoming launch of Windows 11, which has higher than expected minimum hardware requirements will likely boost PC sales in the holiday season and afterward.

Windows 365 will be available for business customers starting August 2, and it will be interesting to see if it can become a big new source of revenue for the company. Microsoft’s Panos Panay didn’t lie earlier this year when he said that 2021 would be a big year for Windows, and Windows 365 will make it easier than ever to bring the OS to any device. This could be the version of Windows that will change the PC world as we know it, but a consumer version of Windows 365 can’t come soon enough.

Office for Windows visual refresh is now available for all Insiders