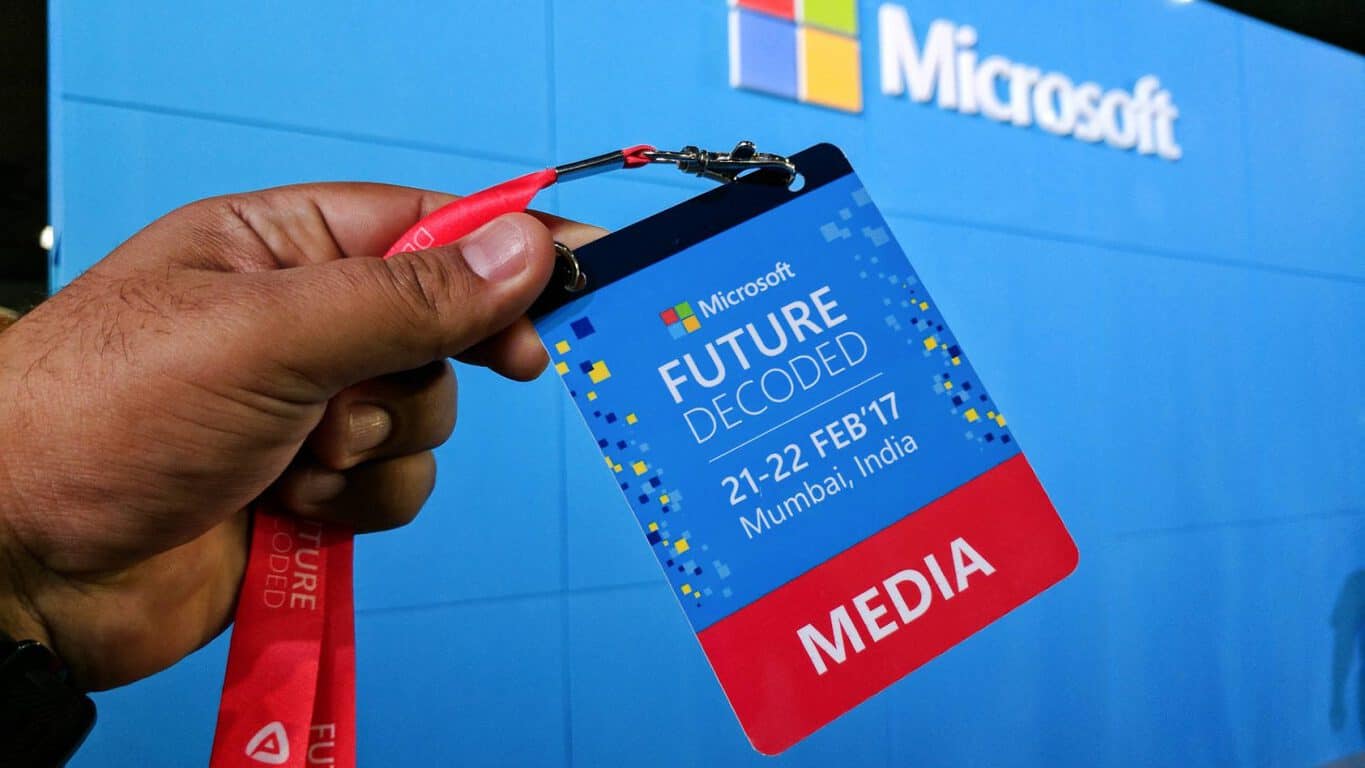 Future Decoded, Microsoft’s flagship business and technology conference, was held in Mumbai, India on February 21-22. The event focused on how digital transformation will empower the lives of Indians and enable businesses drive growth.

While the first day saw technical breakout sessions, the second day had keynotes from business leaders and government ministers as well as Microsoft CEO Satya Nadella. I was in Mumbai for Future Decoded, and live blogged through the keynotes on Day 2.

If you want to know how things went through the time, you can check out the live blog here (there are lot of pictures that you’d like to see!).

You can also watch the entire event here on YouTube, or just Nadella’s keynote – just over 50 minutes – here. Before him, Microsoft India’s new President, Anant Maheshwari, also took the stage for ten minutes. It was probably his first public event after taking charge last month.

Note: Microsoft has shared a single, complete video of the event (over 9 hours long!), so I’m linking to appropriate points in time in this post.

A day before the event, Microsoft and Flipkart, India’s leading online retailer, announced cloud partnership with Flipkart starting with Microsoft Azure adoption. We reported it here.

During his keynote, Satya shared that State Bank of India, India’s largest Bank, will now adopt Office 365 and the state of Andhra Pradesh too will adopt Microsoft Cloud. These are big wins for Microsoft in the country, as I shared here.

Norm Judah, Chief Technology Officer of Worldwide Services was also at the event. Norm joined Microsoft in 1990, and in his current role, he focusses on technical strategy, innovation, communities, knowledge management, and the development of technical people. You can watch his keynote speech here or read about his perspective on India’s Digital Transformation.

Microsoft announced Skype Lite, a lightweight Skype app for low-end smartphones, made exclusively for India. Here are the details and screenshots.

The company also shared that later this year, in June, the app would also integrate Aadhaar, India’s unique national identity program, which would allow users to verify one’s identity seamlessly while on a call. This is how it works.

In private preview at the moment, Microsoft shared details of Project Sangam, a life-long skill development platform that ties into LinkedIn to offer job opportunities for blue-collar workers in India. This is my report about the same and you can check out the video of its demo during Satya’s keynote here.