It is December 3, 2020, and time for major brands and companies to start pulling on the heartstrings of consumers to gently nudge them into engaging with products and services to end the year.

Like clockwork, Microsoft has come out of the gate with its 2020 offering and for many, the company seems to have aimed wide of the customary marketing intentions this year with its new 'Find Your Joy' Holiday 2020 commercial.

The commercial, which highlights a family dog seemingly ignored by the people in the house is left to spend the evening dreaming about finding its joy within the confines of its owner's technology. As some have quickly pointed out, the ad can arguably be doing quite the opposite of its intention in trying to spur 'joy' and in turn, a disservice to Microsoft and its product catalog in the video.

As someone who writes about technology daily, perhaps I'm more jaded than others, but I'm rarely moved to make purchases from these sorts of videos, so the ads selling prowess is arguably lost on me.

With that being said, I can still find meaning and appreciate how the message resonates with audiences, and Microsoft's new ad resonates with me in a way that's somber and melancholy but that has nothing to do with the dog's fate.

As the video opens with a lone family member sitting in the living room by themselves, we're also made aware of mitigating circumstances that would prevent the sort of lively outdoor activity our titular character is accustomed to, an evening snowstorm.

Where there should be some swelling sympathy for the family dog, I see the juxtaposition of confinement and escapism for the gamer instead. While Microsoft may have intended to use the visualization of snow to signify winter, it also doubles as a barrier to outdoor activity by having the backdrop be snow actively falling at night. Neither the gamer nor the dog were going anywhere anytime soon. 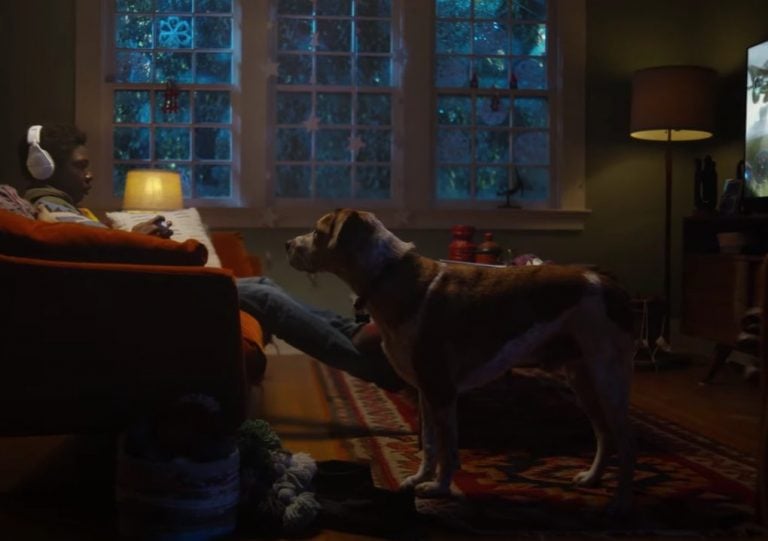 The dog makes note of the gamer and game onscreen before moving to the second family member engaged in a Teams meeting with members in different time zones and countries, judging by the accent of the prominent speaker. Once again, the dog is left with little interaction from this family member as she engages in traditional after-hours work.

Again, while the dog may have wanted more than a pet and brief rub, I feel more sympathy for the woman who has to be in a meeting at night and less for the momentarily attention-starved dog. The dog finally moves on to the last two family members who are both playing Microsoft branded games in Minecraft and Flight Simulator, to which both are seemingly too engaged to play with the dog. Clearly, the dog strikes out with each family member in trying an effort to be noticed, but what doesn't go unnoticed is the eerie silence and isolation each family member is encapsulated in. 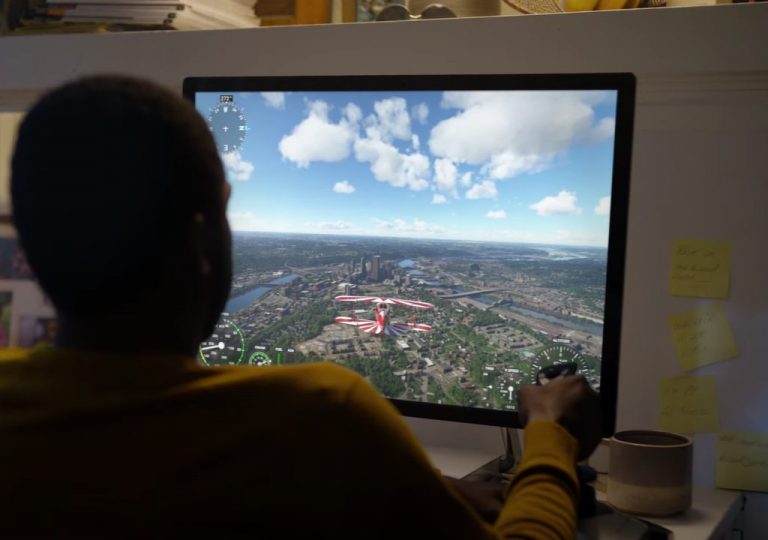 Lastly, the dog finds kinship with another dog across the way who also sits in an open window seemingly ignored by its family. Where this dystopian reflection takes a turn is when the dog finds solace in being able to dream about the same sort of escapism his family is partaking in. Instead of dreaming of belly rubs, games of fetch or overflowing bowls of food, the dog dreams about being an active participant in the technology its family is using. 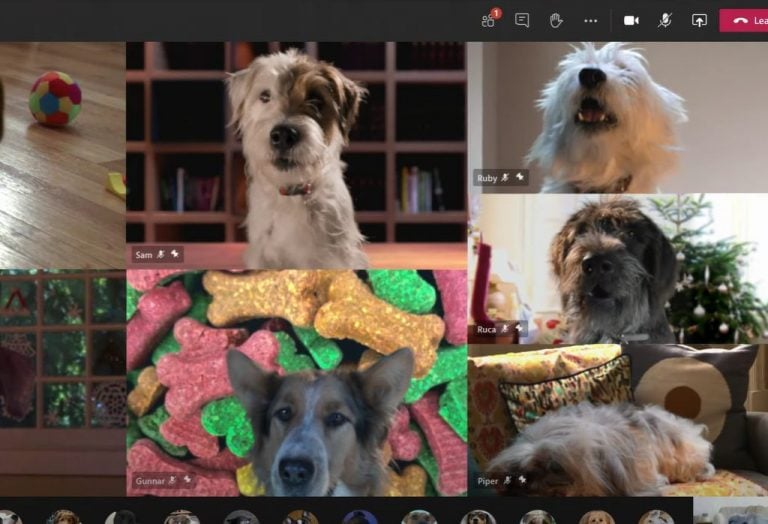 The joy in Microsoft's 'Find Your Joy' campaign, seems to be less about the dog finding joy in the more traditional forms of interaction we may attribute to a dog, but being able to find it in the escapism like the rest of its family in 2020, due in large part to the COVID-19 pandemic. With a light snowstorm at night symbolizing the families' inability to interact outside, they've all rallied around the technology that's enabling them to engage with things outside of the confines of their home. While it's arguable that they should be gathered around a central place or room interacting with one another, Iaughing, talking, and playing with the family dog, the more astute reality is that the family represents a microcosm of our communal technology experiences as of late.

While many would like to believe they're conscious of their screen activity, a 3rd party recording might show zombie-like attention being paid to our phones, TVs, tablets, and computers with each quarantined passing day. With the pandemic shifting traditional outdoor and in-person activities such as happy hours, weddings, and game nights to online, as a collective, we're probably more engaged with our screens indoors than we have been at any other point in time.

To me, what Microsoft's new 'Find Your Joy' ad does is shine a light on the multitude of products the company offers to help people to escape the confines of their homes. While some might feel saddened by the dog not getting more traditional forms of engagement from the family, what the ad does effectively shows is that just like the rest of its family, the dog has adapted to isolationism by embracing the escapism of Microsoft products. 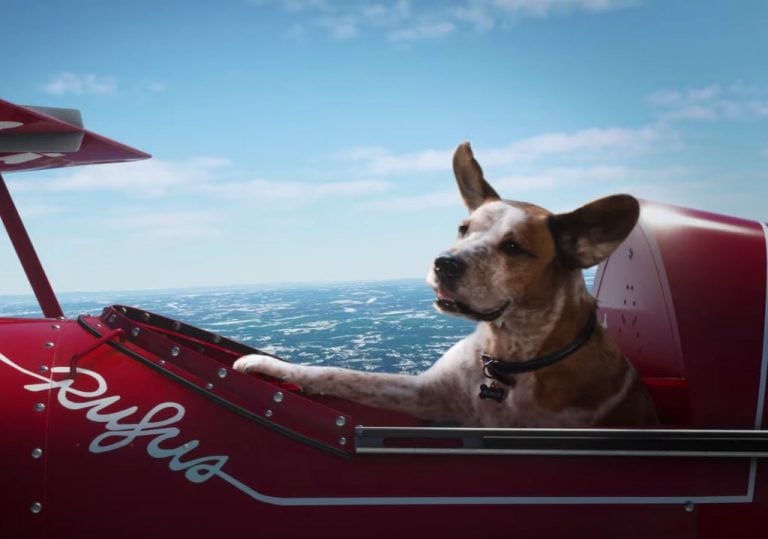