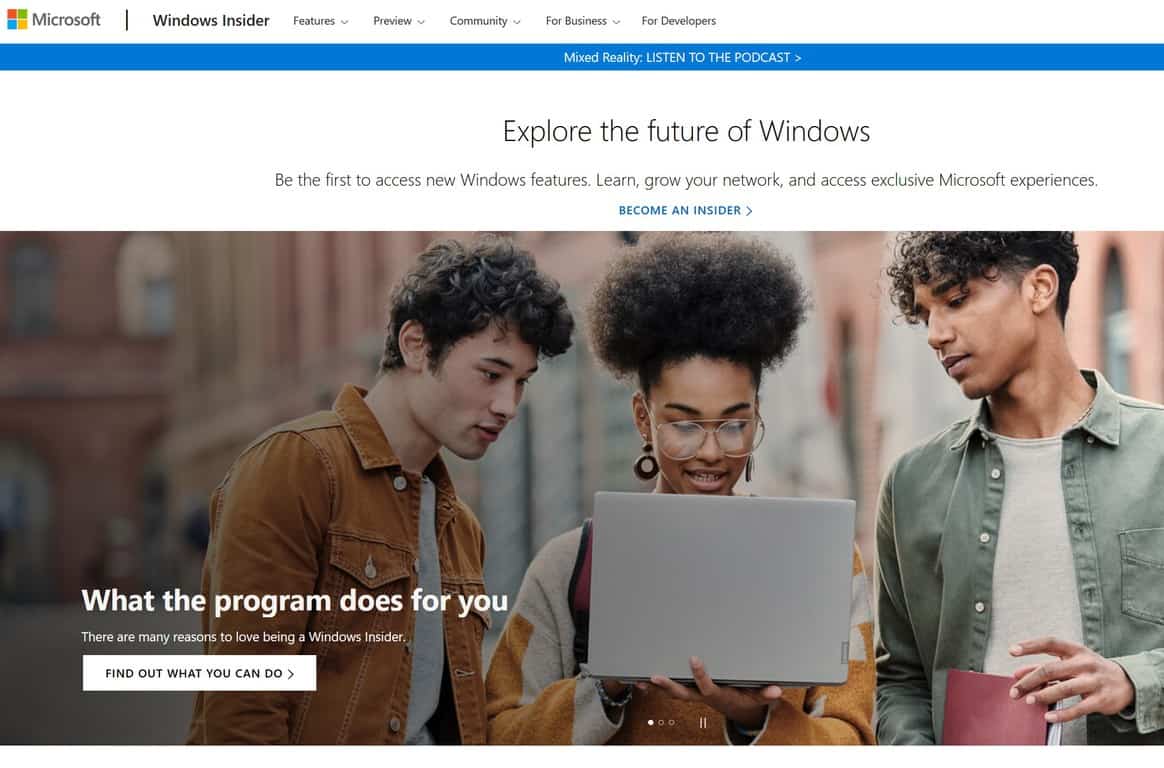 Yesterday Microsoft released another Windows Insider build, and as builds go there wasn't much to it, just a list of some fairly innocuous fixes and changes with no new features. However, it turned out to be a landmark release in that for the first time the company jumped ahead not one but two release cycles. We're waiting for Windows 10 1903 (19H1), expected to release to the public sometime during or shortly after March 2019, and have already seen evidence of the 19H2 build cycle, but the build released yesterday was for 20H1, in the Skip Ahead ring.
Some pundits were quick to guess that this was foreshadowing a move to a single Windows 10 update release per year, but 19H2 is still very much alive. In fact, if you take a look at all the work being done on consolidating Windows and Office Semi Annual Channel releases, there's not much evidence that Microsoft has any intentions of moving away from the twice per year release cycle.
Still, yesterday's Windows Insider Blog post, and some conversations that took place on Twitter between Brandon LeBlanc from the Windows Insider team and a number of Microsoft watchers, are pointing to something being up. More changes are coming, LeBlanc made that clear, promising to "explain more later":

It might seem lame to you guys but I worked really hard on the text for the blog post re: 20H1 and getting it passed through the review process. Totally get its not as detailed as you might like, we'll explain more later I promise.

What we do know

In the blog post and clarified on Twitter, here’s what we do know:
1. There will be a 19H1 Slow Ring release, "soon"
2. Fast Ring is still on 19H1, and will remain there until "later this Spring"
3. Skip Ahead will remain on 20H1 (meaning there won't be a 19H2 Skip Ahead, unless God forbid there are two Skip Ahead rings)
4. The upcoming changes have at least something to do with 19H2.

Some theories, our reading of the tea leaves

It's unlikely, as much as some people would welcome it, that Microsoft abandons the twice per year release cycle for a single yearly release. It could happen, sure, but why do all that work on Windows for Business Semi Annual Channels (SAC), touting them again just yesterday, if that's the case?
What may be far more likely, in a scenario that fits in nicely with the facts, above, is that the company moves to a Major/Minor release schedule. This would put 20H1 as the next major release (with good reason to get started on it now, as "(s)ome things we are working on in 20H1 require a longer lead time") and relegate 19H2 to a much smaller release. A minor release wouldn't need a Skip Ahead ring, for one thing, and declaring a half year long lull between new features for testing would be a delicate PR problem, giving that there's now some 10 million Windows Insiders clamoring for new stuff to test.
There's also a good possibility that 20H1 is going to be a big release regardless. If there's a sea change coming with a new non-Windows "Lite operating system," that would seem to necessitate changes to Windows, too. It would also bring about perhaps big changes to the Windows Insider program, having to manage testing for not one, but two major operating systems.

As Ray Ozzie used to love to say, "we don't know what we don't know." Speculating on what's coming based on a single blog post and a handful of Tweets is just that, speculation. Still, we do know that changes are afoot, ones that Microsoft is being very careful about announcing, and the Windows Insider program could be quite different in not too many months from now.

What do you think is happening? What do you want to happen? Let us know in the comments below.

How to restore your PC from a Windows 10 system image

Deal: Save $200 on select Surface Pro 6, Laptop 2 or Book 2 models on the US Microsoft Store