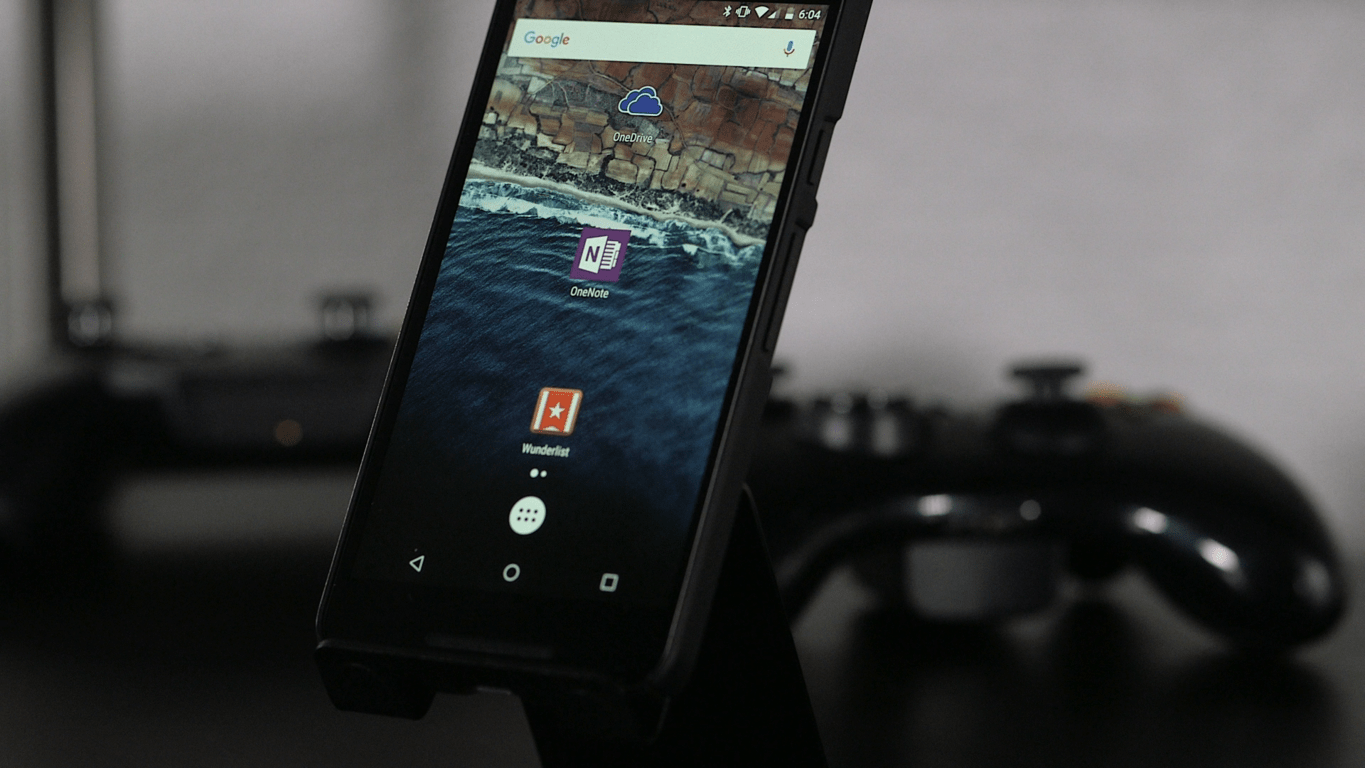 Communication and collaboration are easier today than they have ever been and a lot of that is owed to powerful tools and software. Different projects need different toolsets to stay efficient and Microsoft has several different methods of tackling this. OneDrive, OneNote and Wunderlist are three different answers to these sorts of situations, with each being designed with the idea of sharing at their core. Each app has a drastically different idea of what is going to work best when you're trying to keep a group of people (or even just yourself) on the same page, but knowing some options will let you decide what a specific project is going to need.

OneDrive is Microsoft's cloud storage and file syncing solution, with client software available for a number of platforms. The Android client is attractive and effective, with the recent iterations pulling heavily from Android’s Material Design. The app ties in with either a personal or business OneDrive account, allowing for up to one of each to be running side by side. All the features you’d expect are accounted for, from browsing and organizing files to managing shared documents and auto-uploading any captured photos and videos. Some more surprising features include support for Google’s “Cast” platform, passcode protection for the app and a photo viewer that is much better suited for media than a standard file browser. Microsoft has even recently added the ability to pin documents offline, for easy or frequent access. For new and old accounts, Microsoft will be dropping the free amount of storage from 15 GB to 5 GB at the end of January. If you use this link and sign in before January 31st, 2016, you will be able to keep your full 15GB so act fast! Overall the app is well rounded and offers an easy to manage base for many of Microsoft’s other apps.

OneNote was released on Android back in 2012 and, though not as fully featured as the desktop version, works well for quick and organized note taking on the go. OneNote’s approach to organization, the “Notebook - Section - Page” model, makes a lot of sense and allows for very careful organization. All of your Notebooks are stored in your OneDrive account, with no support for Dropbox, like the rest of the Office suite, though you can have both a OneDrive and OneDrive for business account set up simultaneously. From here, notebooks can be shared out for collaborative editing and organization. One really unique feature of OneNote on Android compared to other platforms is the “OneNote Badge”. When you trigger the badge, it will give you a dialogue to quickly add a note with text or an image. OneNote can be an excellent tool as long as you give it some time to understand the ins and outs of how it works.

Wunderlist is a much more straightforward app than OneNote but doesn't lack any of the organization strength. The app is gorgeous, with elegant animations tying every interaction together. The core concept in Wunderlist the idea of sharing todo lists. At the creation of a list, it asks you to choose the people who will have access to the list. Once shared, the app will give you separate notifications when people interact with the lists (like completing tasks) or if they’re leaving comments on the lists to discuss. The organization options in Wunderlist are powerful, allowing you to create new tasks in your “Inbox” before organizing them into individual lists, sort groups of lists into folders and even create subtasks. The app is free by default but also has a pro tier that widens things like the sizes of files that can be attached to lists and the number of users that can be assigned a list. The app’s core is incredibly straightforward but allows for a near obsessive amount of control and organization.

Each app has a different approach to sharing ideas and files, allowing for a varied toolset when collaborating or just trying to keep your life organized. They all have their strengths and weaknesses, which is why they’re so powerful when you can tailor them to exactly what you're trying to get done.

This is the third video in a series that will explore Microsoft apps on Android. Microsoft has numerous apps available on Android, taking a bold step towards infiltrating the world’s most popular mobile operating system. It’s not just about Windows Phone anymore. In this series, we’ll take a look at what’s available, for those of you who own an Android phone but still want to be a part of Microsoft’s ecosystem. In the future, we will explore the differences between Android and Windows Phone apps, as well as explore Microsoft on iOS.