The Lumia 950 and Lumia 950 XL are the latest flagships smartphones from Microsoft, and the first flagships to come out of Microsoft's acquisition of Nokia's phone division in 2014.

One of the great things about being in charge reviewing both devices is that they're both so similar that reviewing one is basically the same as reviewing the other. They both have beautiful AMOLED screens, amazing cameras with triple LED natural flash, Qi wireless charging, pitiful color selections, microSD card slots, removable batteries, and slightly buggy Windows 10 Mobile operating systems.

So where do the differences begin? The first and most obvious difference between the two are the sizes. The Lumia 950 XL sports a screen that's .5 inches larger, at 5.7 inches.

Despite the significantly larger screen, the actual physical sizes of the two aren't that different. Their physical presences are so similar I find myself mistaking one for the other more often than I care to admit. The XL feels a lot smaller than it is, which, weirdly, is both a good and bad thing. 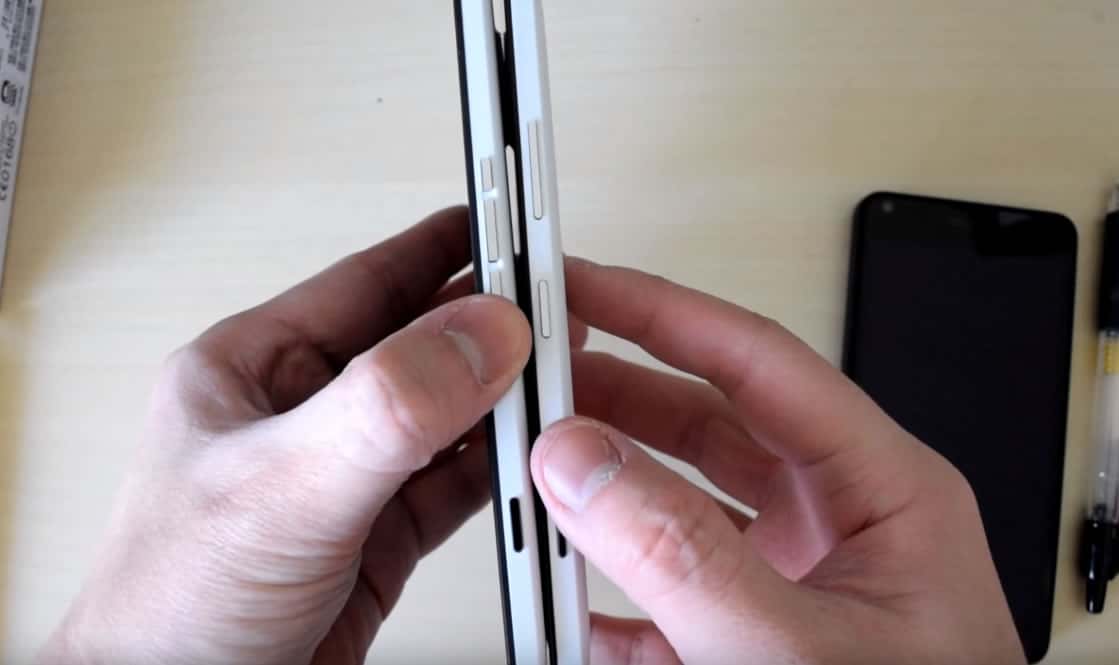 It's good in the sense that the XL carries the same portability properties as the Lumia 950. But it's bad in another awkward sense. For reasons hard to explain, it doesn't feel like I’m enjoying it as a big phone. I've identified two major factors that contribute to this:

First is the onscreen navigation. Unlike its predecessor, the XL does not have physical navigation buttons, opting instead for software buttons which takes up valuable real estate on the screen, and leaves this blank region on the bottom that does nothing more than serve as fodder for the software buttons.

The second issue that makes the XL feel smaller than it seems is the rather wonky software scaling. At the default, recommended display text scaling, some, but not all, text elements are smaller on the XL than the Lumia 950, for reasons I've yet to understand. You can head into settings and change the display size of the text, but even just the next size up, you end up gorgeously large fonts, but a UI that takes up too much space.

So what you end up with is either a phablet that's kind of hard to use in cases, or a UI that takes up so much space it negates any advantage the bigger screen provides. This is in contrast with its predecessor, the Lumia 1520, which had text and UI that matched the size of the phone well. More to the point, the Lumia 950 XL doesn't feel like a richer, more airy phone experience compared to the Lumia 950.

The similarities continue in ergonomics.

In terms of depth, they're both within .1mm of each other, a difference that's hard to spot. These are also the thinnest Lumia devices ever produced, which makes a small difference in fitting into jeans, lessening the bulge produced from fitting them into snug front pockets, especially when compared to their spiritual predecessors. 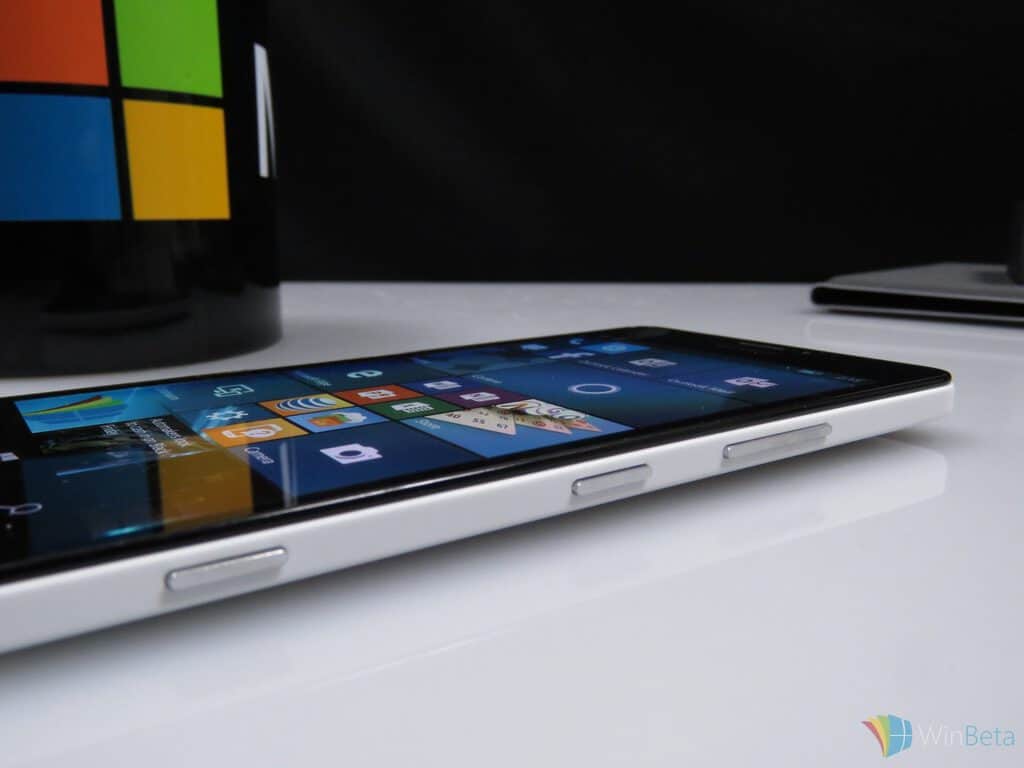 In terms of weight, the Lumia 950 weighs 150 grams. The XL weighs a mere 15 grams more. This is interesting because while the Lumia 950 is a bit on the heavier side for a 5-inch phone, the XL is shockingly light for a near-phablet. By comparison, the iPhone 6S+ weighs almost 30 grams more, and the obese Lumia 1520 weighs about 50 grams more. The 950 and 950 XL could go into boxing ring and duke it out right now because they're practically in the same weight class. I really do have a hard time feeling the weight difference between the two.

Same goes for processing power and battery life. The XL features a marginally larger battery, but it has a more powerful SoC with two extra cores and a bigger screen, which cancels out any benefit the larger battery provides. They both have solid, but not spectacular battery life, unlike the Lumia 1520, which was immortal by comparison. And there are no apps, never mind OS refinements, that make the difference in processing power evident either.

So same speed. Same battery life. Same pocketability, very similar weight, and similar user experience despite the dramatic difference in screen size. So how are they different?

Well, the 950 XL's got a cleaner camera housing. The XL sold here in the US is dual-SIM (update: the unlocked 950, but not the the AT&T one we reviewed, is also dual-SIM. Thanks Dan Rhodes). The headphone jacks are in different spots on the top. And the button layout is different. Yeah.

Even though the XL's button layout is unconventional, you get used to it very quickly. This new button layout for the XL is actually very important because it makes the volume buttons much more reachable. And because the buttons have staggered sizes, you can tell which you're pressing just by feeling. In essence, the reach between the two virtually the same.

So to conclude, which should you choose? The 950 XL, despite the size classification, doesn't exhibit any of the flaws you typically find in phablets, such as being heavy and unwieldy. I will be going with the 950 because it's cheaper, and personally I feel the 950 XL doesn't give me as good a phablet experience as I'm accustomed to. If I'm not going to enjoy the benefits of a phablet, then I might as well enjoy the benefits of cheaper pricing and easier one-handed use. While the XL is usable with one hand, compared to the 950 it's not very comfortable to use that way either.

It ultimately boils down to size preference, of course, but for many reasons the size difference doesn't play as big a role as you'd think. I have a hard time seeing someone with drastically different user experiences between both.