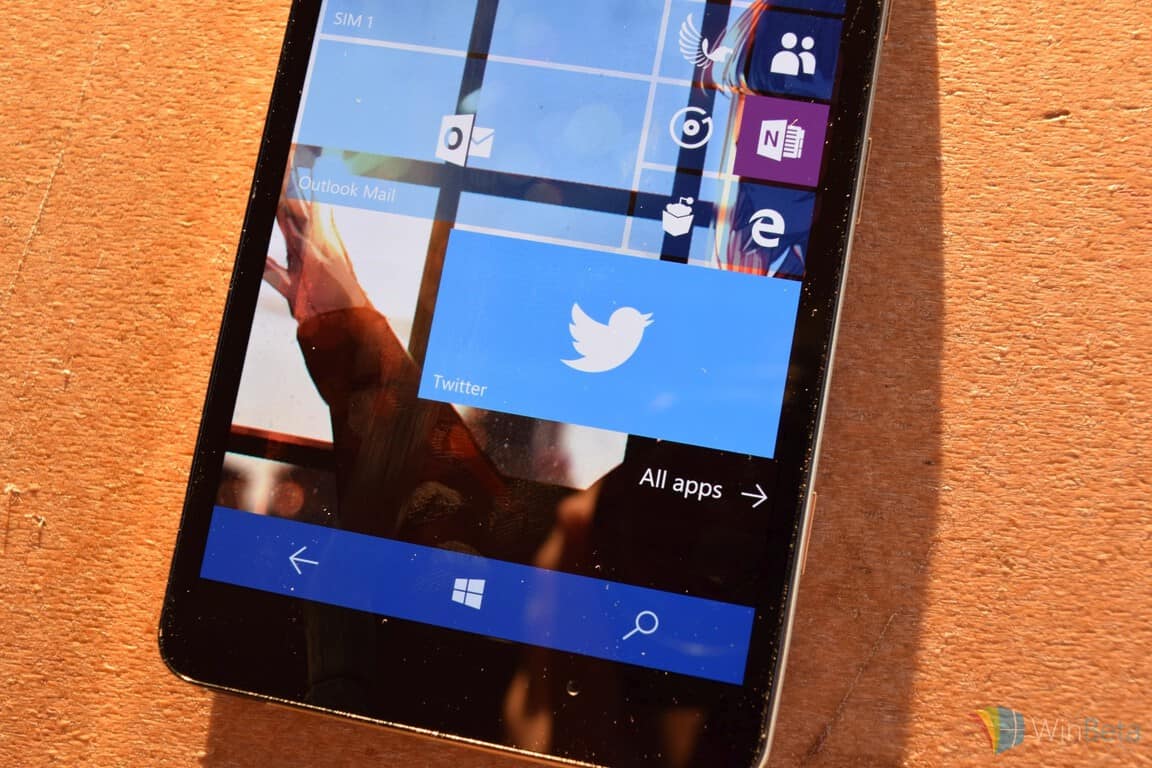 As we reported earlier, Twitter has brought a major update to its Universal app, bringing much needed updates to its Windows 10, and especially its Windows 10 Mobile app.

There isn't much to report for changes for the Windows 10 app. The only noteworthy addition is the inclusion of a dark theme option, which is fantastic, though it annoyingly still requires the app to restart itself.

On the Windows 10 Mobile front, though, it's a sweeping overhaul to bring it in line with its efficient desktop counterpart. Major feature additions include group direct messaging, a new moments hub, tweet quoting, and several UI refinements.

Most of these UI refinements bring it straight in line with the online web interface as well as its non-Windows counterparts. In fact aside from the different orthogonal layout, much of the UI behaves exactly the same way as the others, which is a good thing. Admittedly, changing between multiple user accounts is still a bit of a pain and not very intuitive, requiring you to dig deep into the main profile page before you can even tweet with a secondary account.

Direct messaging has received a massive overhaul for the Windows 10 Mobile version, now looking and behaving very much like your typical, very intellectually charged text or Skype conversations.

Where things get very interesting is in the revised Moments tab, which opens a hub-like interface very reminiscent of old-school Windows Phone. Swiping horizontally navigates through various topic headers, and tapping on one of the topics brings summons an immersive interface ripe with fullscreen photos and captions, creating a very cinematic and immersive experience. This is the one place in the entire app where the Twitter team actually felt like it's tried to make something special, and not generic.

Everywhere else, its virtually the same as what you get with the other platforms. No live tile settings or otherwise to tailor it to the Windows platform. I suspect this will change in due time. For now, we can rejoice in knowing that yet another big player is throwing its weight behind the universal platform.

Here's what you lose when you upgrade Windows Phone 8.1 to Windows 10 Mobile