Hands-on with Windows 10X via the development tools emulator (video)

Windows 10X is the operating system Microsoft has been designing for next-generation devices. People who’ve been following Microsoft news are probably already familiar with the concept, as Microsoft has demoed the software before running on next-generation devices like the upcoming Surface Neo. Now, they’ve officially released development tools that allow us to take a look at this software running live on an emulator. This software is still very early in development, so it doesn’t necessarily reflect how Windows 10X will look by the time it’s launched. Also, because I’m running this in an emulator, the performance is quite choppy. Microsoft released this emulator image of Windows 10X for developers who want to begin making software experiences optimized for dual-screen devices. With that said, let’s take a look at what’s new. 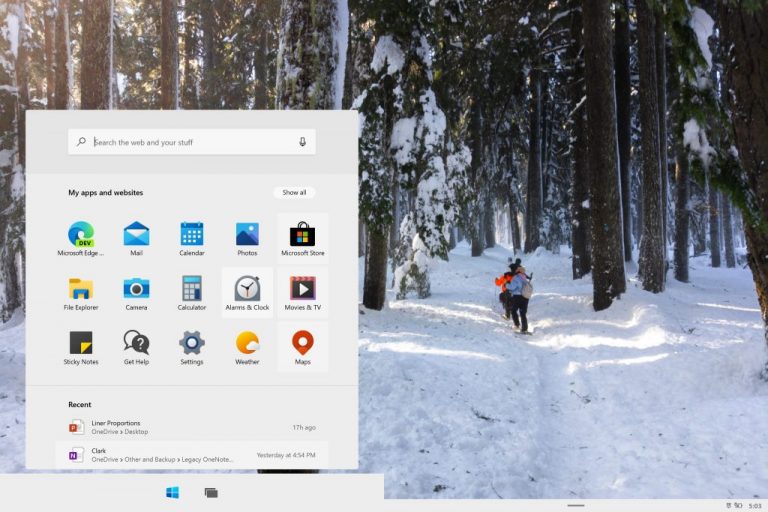 The UI is split in two because Windows 10X is currently designed exclusively for dual-screen handheld devices. At first, it might not look a whole lot like Windows 10, but if we swipe up on the taskbar at the bottom, the start menu will appear. This Start menu doesn’t look a whole lot like the Start menu we’re familiar with; in fact, it seems a whole lot more like the ChromeOS app launcher to me. There’s a search bar at the top, an app list, and an area for recent files and activities. From here, we also get a glimpse at the new puffy-looking iconography Microsoft has been working on. Action center has been renamed and completely redesigned in Windows 10X. 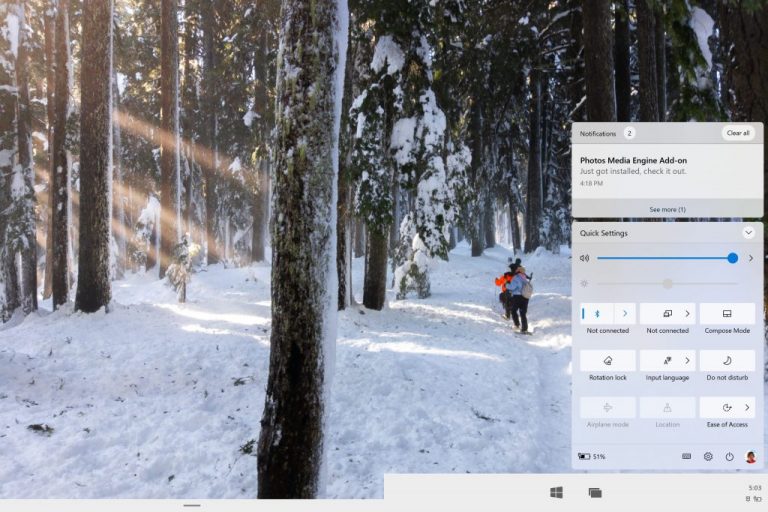 The new quick settings menu consolidates the different interface controls on the right side of the taskbar. Volume and brightness controls are at the top, quick settings in the middle, which you can toggle or expand, and shortcuts at the very bottom. Once again, this is very much like ChromeOS. It would be great if this interface could make its way to Windows 10 for desktop, as it’s much better than the unintelligible mess of applets that’s on the taskbar right now.

All around, the entire UI is designed from the ground up in a single consistent design language, much unlike the inconsistent UI found on Windows 10 for desktop. Windows 10X’s UI is full of round corners, visually appealing padding and proportions, shadows, transparency, and fluid animations.

The start menu can be opened by swiping up on either of the two displays. When you choose an app, it will open on the display you selected it on. Similar to Windows 10 for desktop, all the open apps will display on the taskbar to the right of the start button. The gestures in Windows 10X are very similar to those in Windows 8 and Windows 10. A swipe from the left or rightmost edges will take you back into the task view app switcher, and swiping down from the top will grab the app and allow you to snap it left, right, or center. If we snap an app that isn’t optimized for Windows 10X in the middle, it will simply stretch across both screens and get cut in half. This is why Microsoft wants developers to optimize their apps for Windows 10X. Apps like these will need to be optimized to show specific content on each screen. Remember that Microsoft intends this software be used on dual-screen devices. Just like having a dual-monitors, the intended use case is two have two apps running simultaneously on each display. 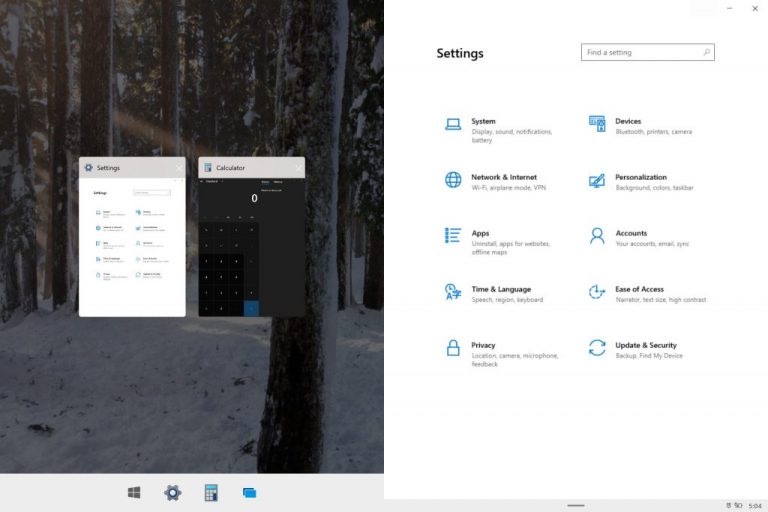 Here in the emulator, we can simulate using this device in multiple different orientations. You can imagine the various use-case scenarios for devices like this with these tools. Propped up in a sort of laptop-like position, we can enable ‘compose mode’ in the Quick Settings area to dock a keyboard and trackpad to the bottom screen. Now, this Windows 10X device more closely resembles a traditional laptop, with a single screen at the top, and an input area at the bottom. This keyboard is a little different than the standard touch keyboard because it will stay open on the bottom screen and not push your apps around the screen until you exit compose mode.

As for the apps themselves, it looks like Microsoft hasn’t done much work themselves optimizing them for dual-screen devices. Most of them are the exact same apps found on any other Windows device. Windows 10X will be able to run most of the same apps available on any other Windows 10 PC. This includes Web apps, native UWP apps, and even legacy Win32 Apps from outside of the Microsoft Store. Of course, native UWP and web apps will run the best on Windows 10X, but Win32 app support will be what sets Windows 10X apart from other mobile operating systems.

Legacy app support has it’s drawbacks, though. Legacy windows apps and components are known for their notoriously poor power and performance optimization on mobile devices, so the Windows 10X OS has been stripped of all that.

In Windows 10X, all apps will run in their own little areas of the operating system known as ‘Containers’. Win32 apps in Windows 10X will all run in the new ‘Win32 Container’, where they will have access to the Win32 components they will need to function separate from the host operating system. To ensure maximum compatibility, these Win32 components will be available to legacy apps whether or not the user will ever be able to interact with all of them. For example, Windows 10X is doing away with that hideous taskbar system tray. Despite this, the Win32 container provides Win32 apps with what they need to run their system tray applets, so apps don’t get confused and crash. However, because there is no system tray in the Windows 10X shell, users will not be able to interact with these features. Because of this, developers will have to optimize their apps not to rely on the system tray for critical user interface functionality in Windows 10X.

Though Microsoft is committed to the integration of Win32 apps in Windows 10X, it’s difficult not to compare this development to the early days of Windows 8. Microsoft was designing a brand new software experience for a new generation of personal computing devices, even creating their own hardware to demonstrate their vision. Sound familiar? Microsoft is developing Windows 10X for the exact same reason they developed Windows 8. We all know the unfortunate fate that it met the instant it fell into consumers’ hands. It was a real shame. The Metro user interface was much more fluid and subjectively more beautiful than what it was trying to replace, but looks aren’t everything. Has Microsoft done enough to prevent Windows 10X from failing like Windows 8?

As pre-release software, Microsoft wants to hear feedback from developers about their thoughts on app experiences in Windows 10X. If you know what you’re doing, you can read up on the developer docs for this software and begin testing your apps on this OS.