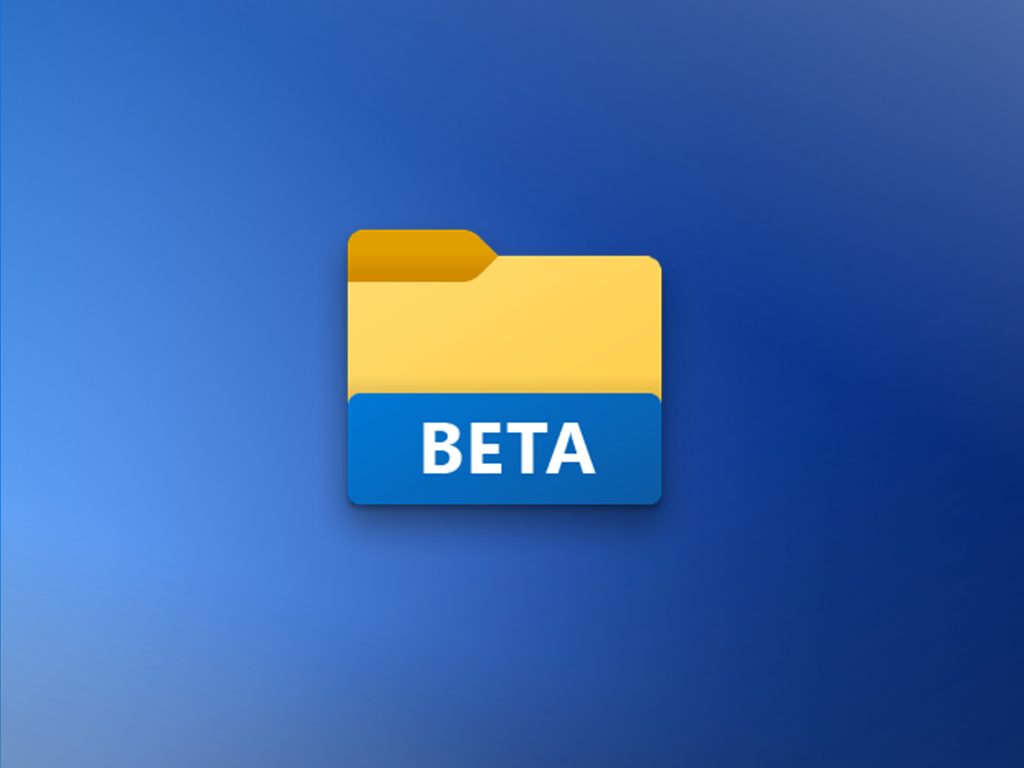 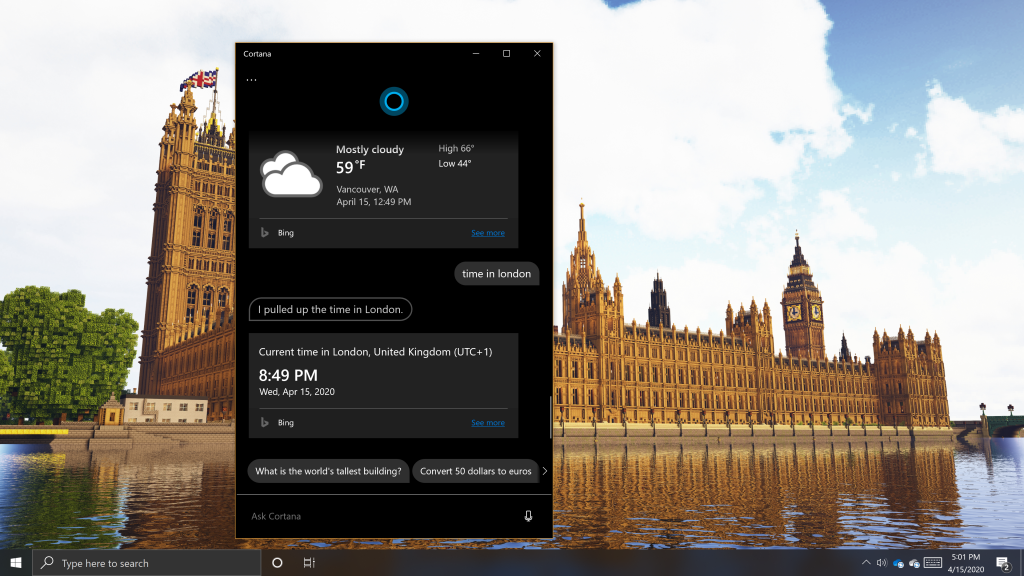 In a previous release of Windows 10, Microsoft separated Cortana from the Windows Search bar so that they could focus on improving the Windows Search experience. Cortana, on the other hand, was severely neglected and lost much of her previous functionality. However, Windows 10 version 2004 is bringing much of this functionality back. Microsoft is rebranding Cortana to a 'personal productivity assistant'. From now on, Microsoft will focus on integrating Cortana into Microsoft 365 workflows.

As for her appearance in this release of Windows 10, Cortana is now a standalone app. When you click the Cortana icon on the taskbar, she will now open as a separate Window like a regular app. This new app features a redesigned user interface that more closely resembles how Cortana appeared when Windows 10 first released. For instance, you can type to Cortana again, an option that disappeared in the last release of Windows 10. Additionally, all of Cortana's settings can be found in the app itself, as Cortana no longer has a dedicated page in the Windows Settings.

Windows Search has received several updates during the development of Windows 10 Version 2004, however, they aren't part of the update itself. Windows users will find many of these changes already in place in an earlier version of Windows 10. 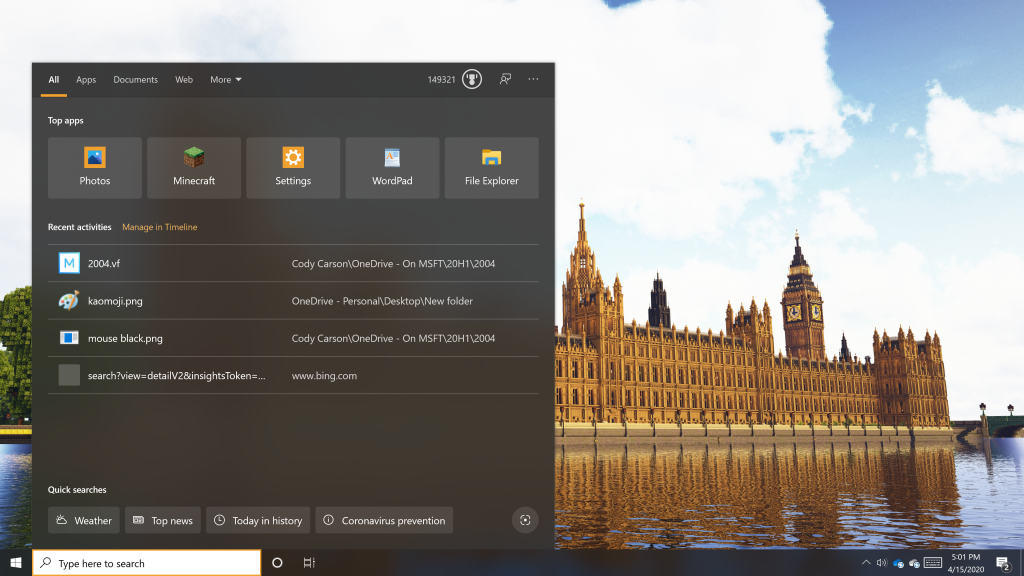 Along the bottom of the search UI, Microsoft added a selection of 'Quick Searches', which help you discover up-to-date information from the web. Quick Search includes links to the current weather, news, and other information relevant to daily life. Also, a visual search button is now present on the Windows Search page. Visual Search is a reverse image search feature that has been present in Bing for several years. Microsoft is now integrating this feature into several of its products, including Windows Photos and Windows Search. Clicking the visual search button on the Windows Search page will let you snip a section of your screen, which it will then use to find similar images online.

Finally, Windows Search now has better spell correction for app and settings searches. Windows will do a better job at returning local search results for apps and settings whose names you've misspelled in the search bar. For instance, "aPitN" will bring up the Paint app, and "Claculator" will bring up the Calculator app instead of a web result suggesting a correction to your typo.

Like Windows Search, many of the included apps in Windows 10 have recieved updates during the development of version 2004. For example, an update for the Windows Calculator added a button that can pin a smaller version of itself that always stays on top of other Windows. 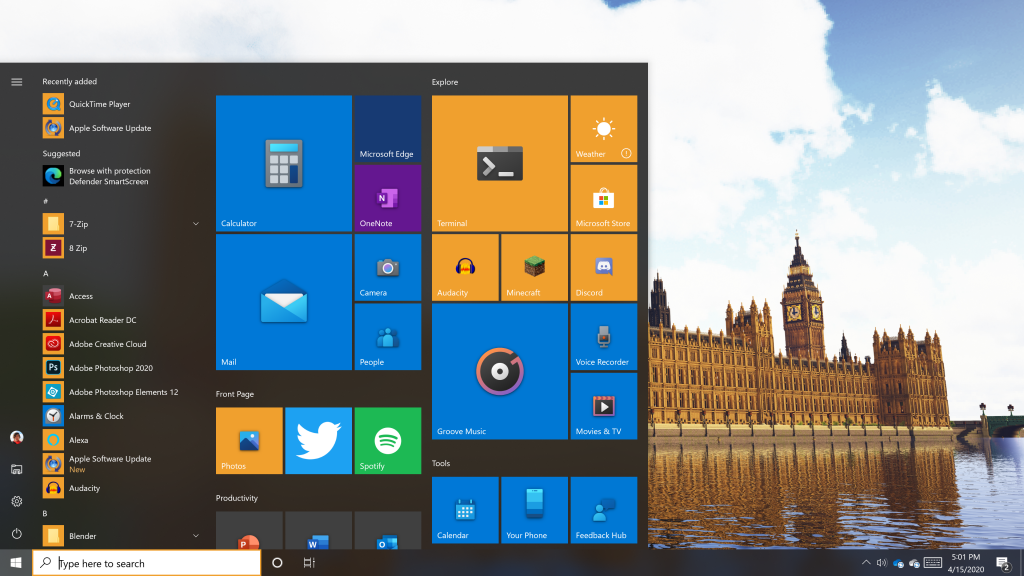 Also, you may have noticed many of the app icons look different now. These changes are part of a gradual transition in design language Microsoft is undertaking at the moment. We're not entirely sure when (or if) Microsoft will complete updating all the app icons in Windows 10 to this new style. Microsoft never finished updating all the Windows Vista era icons to MDL2 icons when Windows 10 launched, and now we can easily spot multiple generations of redesigns simply by looking through the list of pre-installed apps.

Despite neglecting to update it's icon for over eight years, Task Manager continues to receive frequent feature updates. In Windows 10 version 2004, you can now check the temperature of your graphics card in the performance tab under GPU. Of course, you can only see this if your PC has dedicated graphics.

Another interesting feature intended for gamers is the new performance overlays in the Windows Game Bar. Using the keyboard shortcut Windows Key + G in an open game, the game bar will appear with various sections like 'capture' and 'performance'. If you open and pin the performance tab, your CPU, GPU, RAM, and FPS stats will remain visible over any open game.

An emoji panel shortcut was added to Windows 10 in a previous release, which receives updates regularly. You can open the panel using the keyboard shortcut Windows Key + . (period). In addition to emoji, you can also insert symbols and kaomoji from this panel. If you haven't already, check out the kaomoji panel for some new options that were added in version 2004.

In the Network & Internet section, Microsoft updated the Network status page with a new design that highlights networks your currently connected to your PC. From this page, you can view data usage and set data limits for networks individually.

With Windows 10 2004, users can now control how much internet bandwidth Windows Update can consume in the background. You can navigate to Update & Security > Delivery Optimization > Advanced Options to configure these settings.

You can now change your mouse pointer speed directly from the Windows Settings Under Devices > Mouse. Previously, you were re-directed to the old mouse control panel to configure this.

Additionally, in the Ease of Access section of the Windows Settings, cursor and pointer have been separated into their own pages. On the Text Cursor page, you will find new cursor indicator settings. With these new settings, you can make the cursor more visible with colored highlights in addition to the thickness of the cursor.

Windows 10 lets you set up different methods for signing into your PC, including a password, PIN, face, and fingerprint unlock. Until now, the password option was always displayed on the lock screen in addition to other sign-in methods you've set up. In Windows 10 2004, you can now disable password login from the lock screen, requiring only a Windows Hello pin, face, or fingerprint unlock to sign in. You can configure these settings by navigating to Accounts > Sign-in options

To complement these sign-in changes, Microsoft is now allowing Windows Hello sign-in to work when using Windows in Safe Mode. Safe Mode is a feature that starts Windows with a limited set of drivers and features that can be useful for troubleshooting issues on your PC.

When you sign out or shut down your PC with apps running, Windows will attempt to re-open those apps when you sign back in. In Windows 10 version 2004, UWP apps will now be able to restart automatically in addition to the registered legacy desktop apps which were able to do so previously. You can find this setting under Accounts > Sign-in options.

When resetting your PC from the Windows Settings, you can now choose to have your PC reset via a 'Cloud Download', which downloads a fresh copy of Windows 10 from Microsoft to re-install on your PC rather than using the copy already installed on your PC. This option can be useful for achieving a 'cleaner' installation of Windows.

Swift Pair is a feature supported by many Microsoft Bluetooth accessories. In Windows 10 version 2004, connecting supported Swift Pair devices is now easier than before. Simply press and hold the Bluetooth button on your accessory, and a notification will appear on your PC, prompting you to connect that device. By clicking 'connect', the device will connect to your PC without any extra steps.

There are many more changes in this release of Windows 10, including extended language and accessibility support, and major improvements to the Windows Subsystem for Linux 2. You can find more detailed information on all these features in blog posts from the engineers at Microsoft.
Apart from the small list of new features, Windows 10 version 2004 enhances Windows 10's security and reliability. This update will begin rolling out to the general public soon. When that time comes, you can get it by checking for updates in the Windows Update section of the Windows Settings.