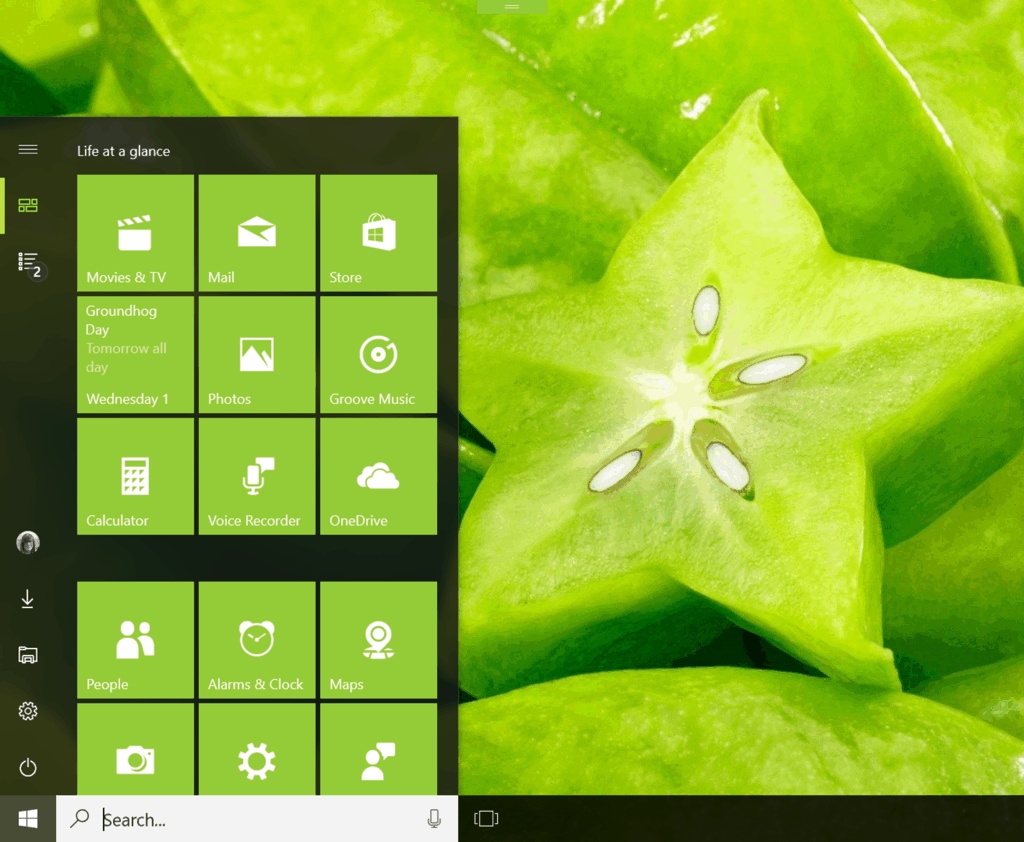 Hey there everybody, it's me Cody On Microsoft where today I'll showing you Windows 10 build 15025 for PC.

This build is the latest Fast Ring build for Windows Insiders as part of the Creators Update, which is expected to come out sometime spring of this year. I will note that these builds are buggy, and I wouldn't recommend installing them onto your main device. Especially if you're a gamer.

In the last few Windows Insider Fast builds, many users were reporting getting stuck on the Windows update screen, not being able to get the build to install past 0%. This issue continues into 15025, however, has been noted to be a visual glitch.

In my case, after waiting it out, the update finally installed, and a restart button appeared on the Windows Update page

Customization and configuration options are among the most numerous with this build, from accessibility to general customization. Many bugs with toggles introduced with previous builds have also been fixed, for instance the color picker will now allow you to select any color any time without having to restart the settings app.

You'll also notice the 'Mixed Reality' section is now absent, leaving update and security sad and alone down here on it's own little row. 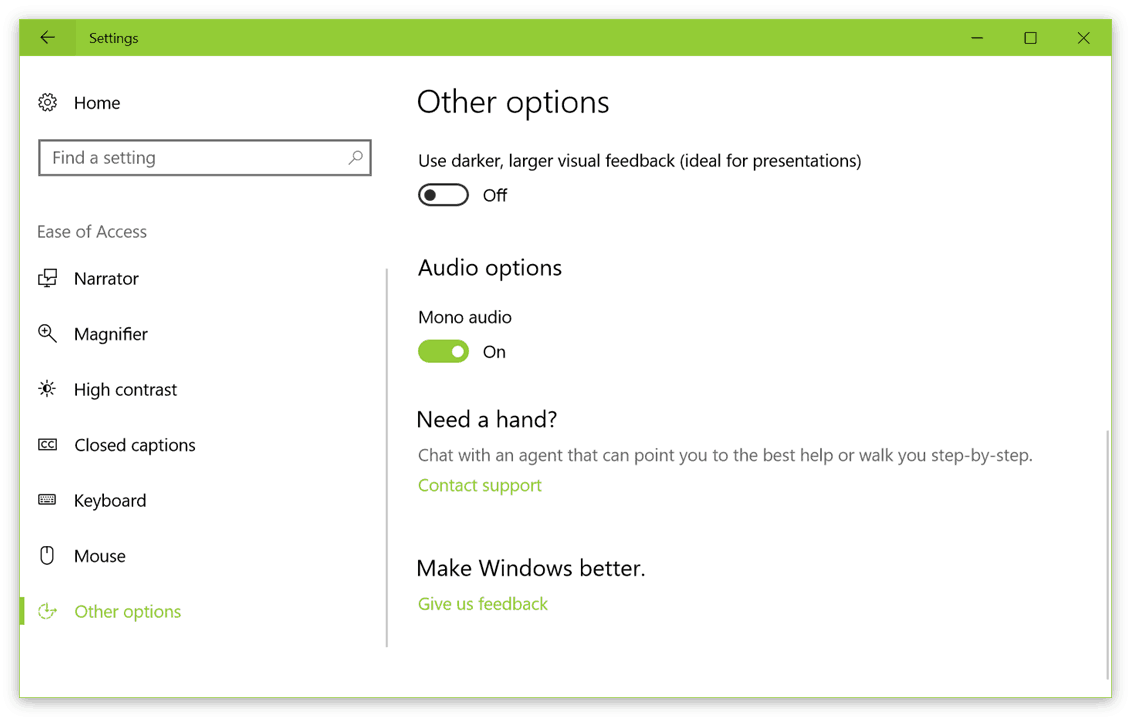 The night light settings page we saw in build 15002 has been updated once again. You will notice the hue of the slider looks a bit different; you can now adjust your display temperature all the way down to 1200k, a much deeper red if you're really serious about filtering out all that blue light.

The Windows narrator has been updated to support Braille. This is an experience that is currently in beta, as can be seen from within the Narrator page of the Ease of Access section in the settings app. For those who aren't aware, this is support for braille displays, which can be connected to your PC through USB for those with impaired vision or hearing. The braille features can be installed on your device with a button, as they will not be installed on your PC by default.

There is also now an option in the other page in the ease of access section which allows you to switch your PC's sound mode to mono rather than stereo. This combines both left and right audio channels into a mono track which plays all sounds from both left and right speakers. This is designed for the visually impaired, who will often use just one headphone to hear both information coming from a Windows device, and from the outside world in a variety of different contexts.

All of these changes with the goal to make Windows as easy to use for anyone despite their differences.

The Feedback Hub has been updated with this build to try and address the issue of duplicate feedbacks from people who are either too lazy to search and up-vote feedback, or for a variety of other reasons. Collections are groups of similar threads of feedback, that will help people find and support issues or suggestions they experience in the Windows Insider program. You'll notice that because collections consist of grouped feedback threads, they will appear with a much more substantial number of up votes than normal posts. If you're running 15025 or plan on running it, I suggest you check this out before all else.

Anyhow, this has been a build update video with me, Cody OnMSFT. If this video was helpful, make sure to subscribe and check out onmsft.com to continue receiving updates about the future of Windows 10, Windows 10 mobile, and the future Windows 10 Creators Update.