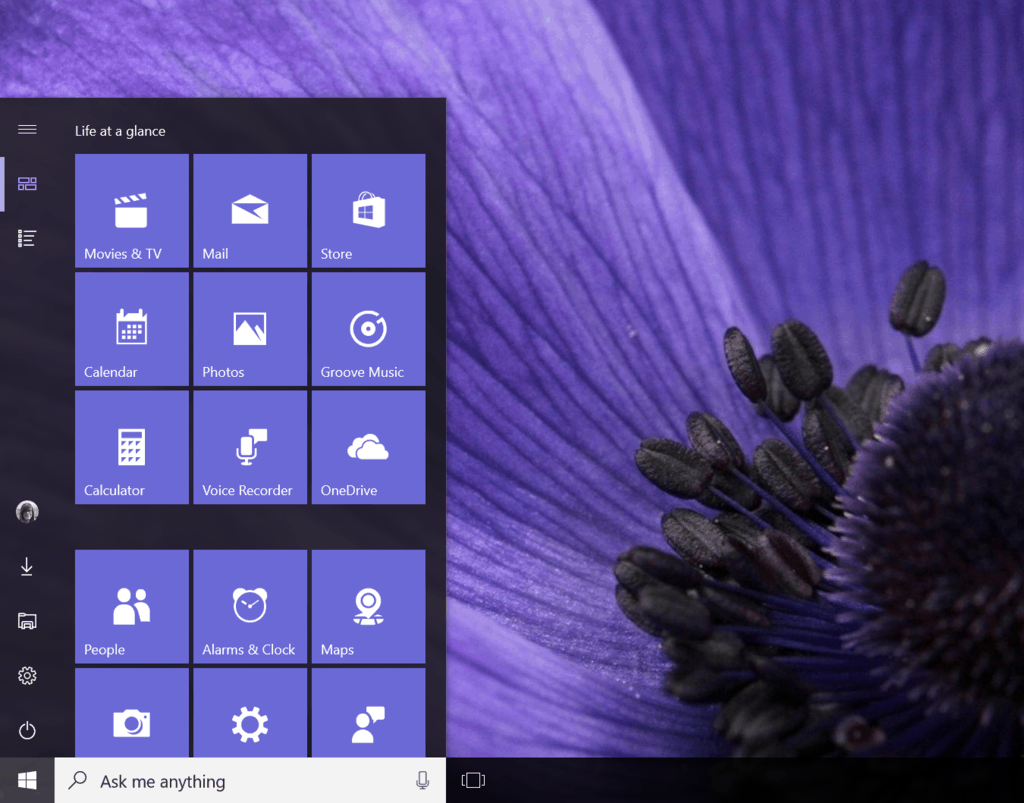 Hey there everybody, it's me Cody, OnMSFT, where today I'll showing you Windows 10 build 15007 for PC and mobile.

This build is the latest fast ring build for Windows insiders as part of the Creators Update, which is expected to come out sometime spring of THIS year. I will note that these builds are buggy, and I wouldn't recommend installing them onto your main device.

Many users have reported issues installing this build on their PC's, getting stuck at 0% indefinitely. If this is the case for you, try restarting your PC and checking for updates again. I tried this a couple times and eventually got it to install.

This build as far as I have noted has been mostly extensions onto the features that we saw with the last Insider Fast build, 15002.

In addition to the new setting tabs aside feature we saw in 15002, 15007 has continued this by adding a share button to sets of put aside tabs.

Downloading programs or installers in Edge will now give you the option to run that file without having to save it first. This is a nice new way to get to your downloaded files quicker, and at the same time keeps your downloads folder clean.

The web inking experience in Edge has been redesigned to match the layout of other Windows Ink applications that we've seen so far. The tools are at the right now and include all the colors and toggles that you're familiar with in the Windows Ink workspace.

In the settings, Edge has been given the ability to import your browsing history, favorites, and saved passwords from other supported browsers. I couldn’t explore this, though, as Edge would crash each time I tried to open the settings.

Apps for websites have been noted to be supported in this build again. I'm not aware of any apps that I'd be able to demonstrate this with, but basically, it means that websites that support web-to-app linking will be able to open in an associated app.

It's always a bit awkward talking about the Windows Continuum because that word has been attributed to so many different things as time moves on. Device continuity though is being extended with this build of Windows 10, with the help of your very own digital personal assistant, Cortana will now help you resume your web browsing or document editing experience when moving from one Windows 10 PC to another. I don't have multiple PC's with this build to demonstrate, but you can go ahead and try this out for yourself if you feel so inclined to install this build on multiple machines in your home.

The Windows 10 user interface is designed to work for both touch and mouse input, because of this, it sometimes can be difficult to adapt the UI to adjust them on the spot.

In apps that use the Windows 10 Creators Update SDK, most notably in the apps that were updated with this build, you'll notice the scrollbar remains as unobtrusive as possible, yet still visible when you hover your mouse above a scrollable region. The scrollbar will remain this way as you scroll with your mouse or touchscreen, but If you want to interact with it directly, it will adjust its state when moving the mouse near the scrollbar.

I think that this will help apps look more clean, at the same time making sure they're easy and familiar to interact with.

Following the same order of the 15002 video, I put out a couple of days ago, Windows settings.

I notice that there's a ‘holographic' section in my settings page now. This goes along with Microsofts continued effort to converge the Windows platforms, however, I have never used a holographic device on my PC.

For users with devices that support Windows Hello's facial recognition, you can explore a newly designed Windows Hello setup page, which provides real-time feedback on the state of the setup process.

In the future, the Windows store will have a section for theme packs. Theme packs can consist of wallpapers, sounds, mouse cursors, and colors.

Mobile has a small handful of changes in this build, the most notable of these being spontaneous crashes every 15 minutes or so when your device is idling. Please note that this build is particularly unstable on mobile, so I would advise that you proceed with caution.

As for less notable changes, you'll find that the way Edge handles zooming in on websites has changed. Many websites have defined zoom settings that Edge would previously have respected and denied the user the ability to zoom in on said websites. Now, Edge will disregard these settings and allow you to zoom into any website up to a 500% magnification. Because of this, ease of access text magnification no longer applies to mobile websites, as you can just zoom in on things to magnify them.

The rainbow flag has been added to the list of emoji in the Windows keyboard. This isn't specific to mobile, but I think that mobile users will use this more often.

Like we saw in previous PC builds, you will now be able to sync your settings and sign into Cortana using an Azure Active Directory identity, such as a work or school account. This I imagine will be nice for devices that you use but are owned by your school or organization.

The settings page for mobile has been updated with many of the changes we’ve seen in the PC settings app in previous Creators Update builds. The storage section is cleaner looking, the Bluetooth page has been redesigned, and you can now reset apps in the new ‘apps’ section within the settings.