Microsoft Garage, much to the chagrin of many Windows users, has previously insisted on releasing its most interesting range of experimental apps primarily on platforms not powered by Redmond's own offerings, until now. Meet Plumbago, an elegant notebook app designed specifically for handwriting and pen input through touch devices like the Microsoft's Surface range.

Plumbago, named after the Latin word for graphite, as well as certain species of flowering plants, features a clean user interface consisting of a command bar on either side of the app, and a radial menu to select tools.

Keen Microsoft users may remember this radial menu from the now-defunct metro version of OneNote found in Windows 8. After being lost in the Arabian deserts for so long, it has finally found its way back into one of Microsoft's offerings. In Plumbago, the radial menu is movable dial that features access to all drawing-related tools and functions, including lasso selection, pen, pencil, highlighter, and something you might have heard of before: an eraser. Invoking any of the drawing tools gives you the option to select various stroke thicknesses as well as colors. The lasso selection tool allows you select and modify certain portions of the paper you circle around.

On the left side of the app is a command bar (which can be put on the right side), which carry a host of very typical functions, the most notable of which are the picture function, which allows placement and modification of external images, and the touch function, which allows you to toggle between using touch input for panning or drawing.

The "save" button found on the bar is a bit misleading. You might think that you need to tap this button periodically to save your work for fear of losing it, but that isn't the case. The app will save all your work automatically. What this "save" button actually does is export the current page as a standard PNG or JPEG file. Microsoft, if you're watching, I get that this app is supposed to emulate traditional mediums, but there's nothing traditional about using floppy disk icons as shorthand for "image export", so please. And while you're at it, please allow us to export an entire notebook as a paginated PDF file.

One particularly unique aspect of this app is what Garage wizards call "infinite paper", which basically treats any of your notebooks like a roll of toilet paper that you can pluck through one tissue at a time. It's a great feature because it allows your notes to flow visually uninterrupted through the rainbow road, allowing for huge, long-spanning  drawings and diagrams.

Another great feature is its built-in ink smoothing, which can be configured in the app's admittedly sparse settings page.

Perhaps best of all is just how smooth the strokes are. Part of what allows this is a piece of technology called handwriting beautification, which basically analyzes all your strokes and averages the very similar ones to produce more consistent handwriting.

Some of you may be wondering what the point of this app is, seeing as how it tends to be overshadowed by OneNote in features and convenience. The thing is, the two apps are aiming at different markets. OneNote is trying to be the ultimate digital memory log, whereas Plumbago is trying to replicate the intellectually evocative feeling of working on traditional paper mediums, a goal I can sympathize with. Even though I use OneNote all the time, I still find myself reaching for paper and pen when I'm lost in thought, concentrating on materializing the idea, rather than organizing it.

Perhaps the most exciting thing about this app, is not the app itself, but the proof that the Microsoft Garage knows that Windows users exist. This is the first time in a long while the Microsoft Garage has released such an interesting app exclusively for us Windows users. We're moving up in the world guys, and while we have a long way to go before we're treated like human beings, we can take comfort in the fact we now have something the iOS and Android users don't. 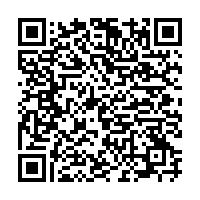 Update: I should also point out that while the app is designed for pen input, you don't necessarily need a pen (or even touch) to use this app.