Hands-on with the HoloLens May 2016 update (video) - OnMSFT.com Skip to content
We're hedging our bets! You can now follow OnMSFT.com on Mastadon or Tumblr! 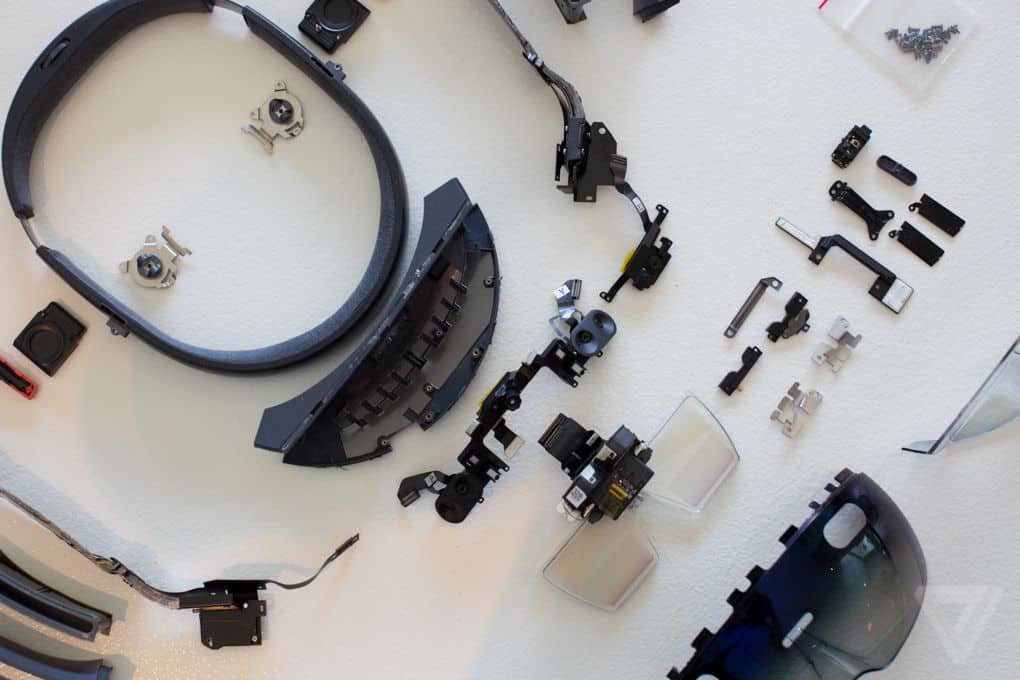 On May 31st, Microsoft rolled out a big update to HoloLens, adding multitasking support, the ability to connect a Bluetooth mouse to the HoloLens, new voice commands, better Edge support, and much more. A full changelog can be read here.  Here's our buddy Sean's experience with the new update:

Hey all your WinBeta fans out there! This is Sean Ong again with another HoloLens video. The HoloLens has recently undergone a massive update and I walk through several of these updates in this video.

First, I set up three different apps to show that the HoloLens now supports multitasking up to three apps simultaneously. Previously, the HoloLens could only run one app at a time - all other open apps would go into a type of “sleep” when not in use. I show Bing News, Xbox streaming, and the Edge browser playing a video. One of the big updates to the Edge browser in HoloLens is the ability to show multiple tabs and “peeking” or thumbnail previews of each tab when the user gazes at them.

While playing a game streamed from my Xbox, I show how the game and the browser video are shown without borders. You can also pin photos to your environment without borders or menus, making them look like frameless canvas photos. Being able to hide the border menus is a feature and definitely enhances the experience.

The latest update allows you to press the volume up/down buttons simultaneously to take a photo, allowing for very quick photo captures! In the video, I also show how the update makes minor changes to way users can interact with windows and holograms. For example, you can now adjust the size of a window vertically. This really helps for web browsing and other cases where you might want a long, vertically oriented screen.

For 3D holograms, users can now rotate holograms for optimal viewing. The HoloLens now also supports listening to music in the background using the Groove app. At first, I thought it was annoying to walk all the way back into the room where I had placed Groove just to pause or change songs. But then I realized another cool new feature added in the update allows you to use Cortana to summon apps to move to your location!

There are a few other minor updates and new features which I won’t go in depth, including the new Storage Sense feature in the settings menu to check storage levels, new voice commands that allow you to resize or re-orient holograms, and more. But one thing I was very impressed with was the improved support for Bluetooth accessories such as mice and keyboards. When using a Bluetooth mouse, it will actually appear ANYWHERE in your environment! It moves along your walls, ceiling, tables, and anything else. It’s truly a mouse without borders.

That wraps up what I show in the video. For more details on the HoloLens update, do check out WinBeta's article and let me know what you think in the comments below.