Microsoft Garage has developed what could be the most adorable Microsoft app ever developed, exclusively for iOS. Fetch! is an app that identifies dog breeds based on sample images provided from photos, or your iOS device's camera.

The app features a very simple layout with three functions: examining the scrapbook, which is an itemized history of all the dog samples you've attempted to identify thus far, breeds search, which allows you to search through an alphabetized dictionary of all known dog breeds through an intuitive interface similar to that of iOS's native music player, and the main sampling function.

Press on the highly conspicuous centerfold button and you'll be greeted with three options depending on where you want to get your dog sample photo from. If you don't want to feel like you just stepped in a mental asylum, I highly recommend you stay away from the Camera with Sounds option, which is the same as the camera function only it will play a never-ending assortment of obscenely obnoxious sounds of dying children.

Take as many pictures as you need, crop the final photo, and the app will perform an online database search while grunting strange sounds to identify as closely as possible what kind of dog it is. A successful attempt will have Cortana identify the closest non-mix breed to the likeliest percent, as well as provide a wealth of information on that breed.

Whether successful or not, the picture of the dog, along with its identification score, is stored in the scrapbook for future reference. Any photos you take with the camera are automatically saved into your photo library for future re-use.

Interestingly, the Fetch! can often go above and beyond the scope of dogs, attempting to identify exactly what it the creature is if not a dog. Unfortunately, Fetch!'s identification prowess isn't always perfect, being straight up wrong quite often, such as mistaking a dog with black and white features for a Panda.

If, being the sensible human being you are, you try to sample another human being, Fetch! will enter its "fun" mode and make a best guess at what kind of dog that so-called person is, even going so far as to adorn that person's portrait with dog-like features.

While all good and fun, the app does serves a greater purpose. Microsoft is using Fetch! as a research experiment to enhance its artificial intelligence and machine learning facilities. To that end, it does make sense why Microsoft Garage opted not to develop a Windows Phone version. With market share hovering at a pitiful 1%, the Windows Phone population wouldn't make for a good a sample size for gathering this kind of data.

But in the end, even though I understand and maybe even agree with that decision, I'm still not happy about it. 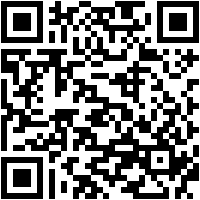 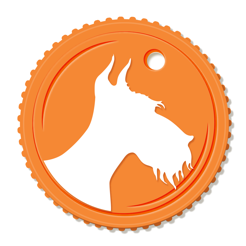