With Redstone 2 essentially feature complete, Windows 10 builds from now to the Creators Update will primarily be seeing the final polishing and bug fixes necessary to bring all the features we've seen so far to the market.

On PC, Getting the update continues to have some oddities, especially involving updating from previous builds and updating with third party antivirus installed. If you aren't able to install these builds due to your antivirus software, detailed feedback regarding your antivirus and antivirus version are appreciated.

The weird title-bar UI bug that many users were reporting in the last build is gone, for those wondering, it was previously displaying the app package name, which was odd.

Speaking of UI, Microsoft still seems to be playing around with different UI buttons and tags throughout Windows. The Microphone icon is different again; first it was hollow, then it was filled, and now it's half empty. Not sure how I feel about it, but as an optimist I would have preferred it half full.

These icon changes are not directly associated with this build, and may differ from user to user, however with each update I seem to notice something different.

Microsoft Edge continues the same trend started in the previous builds with a nice list of bug fixes. Bugs involving scrolling after resizing or moving the Edge window across multiple monitors, and the mechanics behind the 'find on page' function have been noted and fixed, among other things.

In Microsoft Edge, it just now has come to me that all of the action icons on the right of the divider are now going to be different than they were in the Anniversary Update. While this might be a bit jarring for some users, I don't think it's too much of an issue.

I don't like this hub icon though, it looks like a downloads icon, but as we've shown, you may be seeing a different icon (currently the "star lines" icon is leading in our poll, with the original "three lines" coming in second). Our readers don't much like the "down arrow box" icon, either, and it's coming in dead last in our poll. 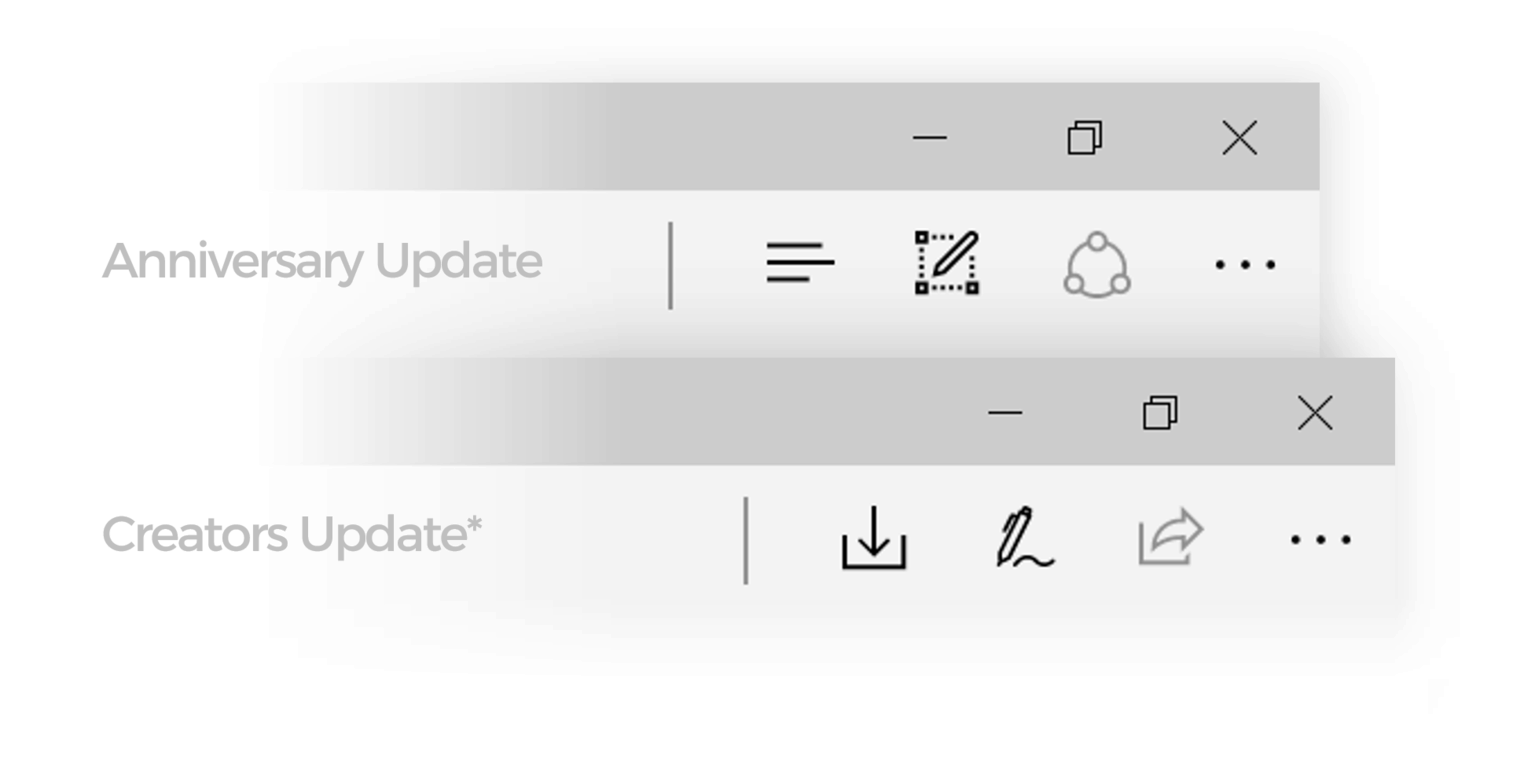 *Icons shown as represented in Windows 10 Build 15048 for some users and may not reflect final layout of the Creators Update to be released spring of 2017.

For those who haven't been keeping up with the Windows 10 mobile builds, don't worry, you haven't missed anything. Oddly, the build numbers for PC and Mobile are offset in this release, which is somewhat unusual, but let's just go with it for now. As we told you, Windows 10 Mobile won't be launching at the same time as the PC Creators Update launch.

Windows 10 build 15047 for Mobile is mostly just bug fixes here and there within the system, and of course general performance enhancements as well. Now I am aware that this one's been out since the last mobile build, however, I didn't do a video on it. To the great amusement of Windows Mobile fans, Cortana is now sextuple zero pitch black.