Dell Concept Ori Hands On: Is it like the Surface Neo or Duo? - OnMSFT.com Skip to content
We're hedging our bets! You can now follow OnMSFT.com on Mastadon or Tumblr! 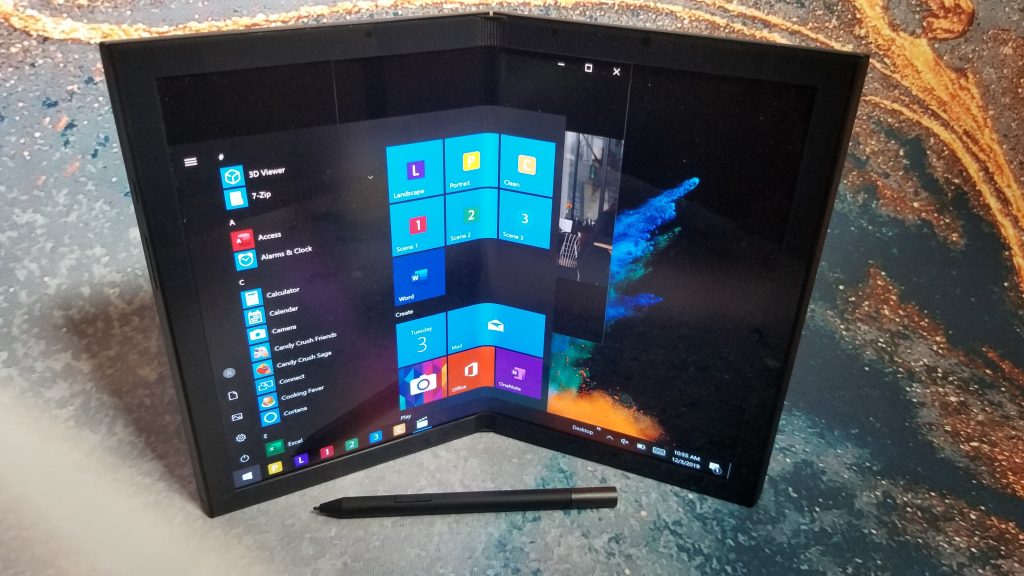 Dual-screen and folding devices are shaping up to the next big thing in technology. We've seen Microsoft's Surface Neo and Duo, Dell's Concept Duet, and even the Samsung Galaxy Fold. All these devices are quite different from each other, but they do share one common moto --- folding or dual screens can be better than having one big screen.

Well, at CES 2020, Dell has an interesting conceptual device that looks to join the mix of foldables sometime in the future. Named Concept Ori, the device is a foldable that to me, if ever released, might be an interesting competitor to Microsoft's Surface Duo and Neo. Again, this is just a concept. The design, specs and other areas of the device are subject to change, but I got a peek and here's more on the experience.

Microsoft's Surface Surface Neo and Duo feature premium aluminum materials. As dual-screen devices, both also have a 360-degree hinge inside the polished metal seam. As a concept device with a foldable screen, however, Dell's Ori is quite different.

Of course, Dell tells me this design is subject to change, but the Dell Ori features not aluminum, but rather what feels like a brushed plastic material all around. It's not exactly solid, and I did feel as though it might break if I wasn't too careful. The hinge section on the outside of the device is also quite different from anything I've seen on a laptop or tablet. It feels similar to a book spine, and it makes the device nice to hold in my hands. 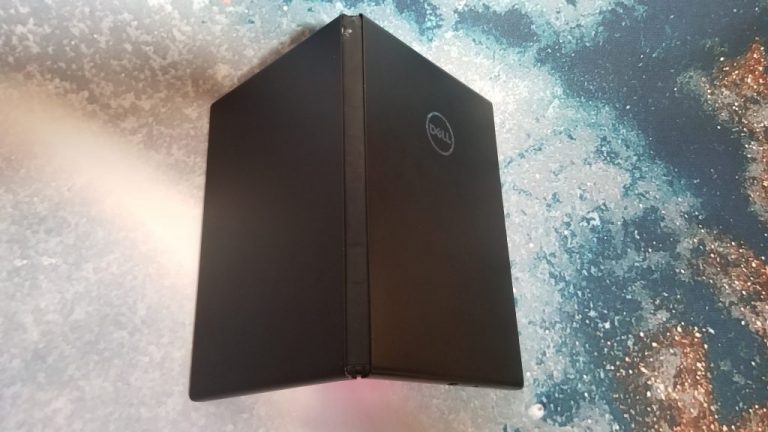 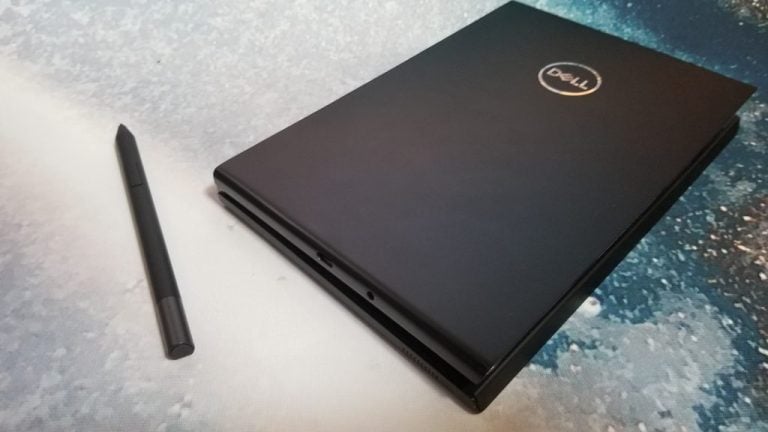 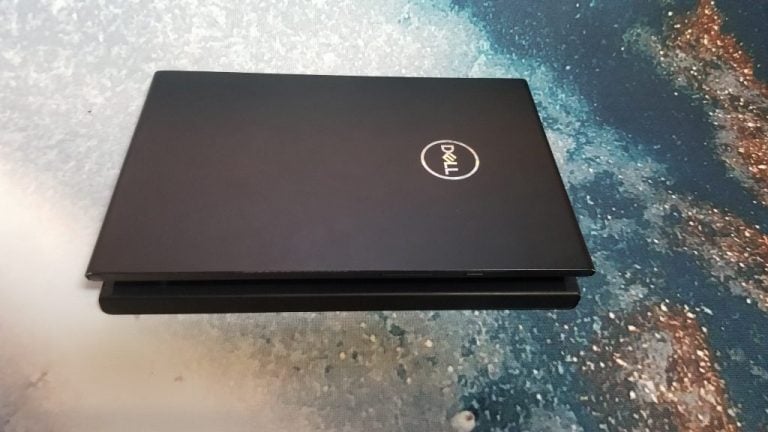 Elsewhere, the device sports a decently sized touch screen on the inside. However, it's flanked by thick bezels. While this helps when holding the device in my hands, but it also seemed thicker than what Microsoft has on the Surface Neo and Duo, or Samsung on the Galaxy Fold.

It's also worth mentioning that unlike the Surface Neo and Duo, the screen itself is folding on the Ori. When folded to be near-open, you can see how thick bezels between the hinge can fold in with it accordingly, and seamlessly. The screen has a plastic feel to it as a result, unlike with the Dell Duet. 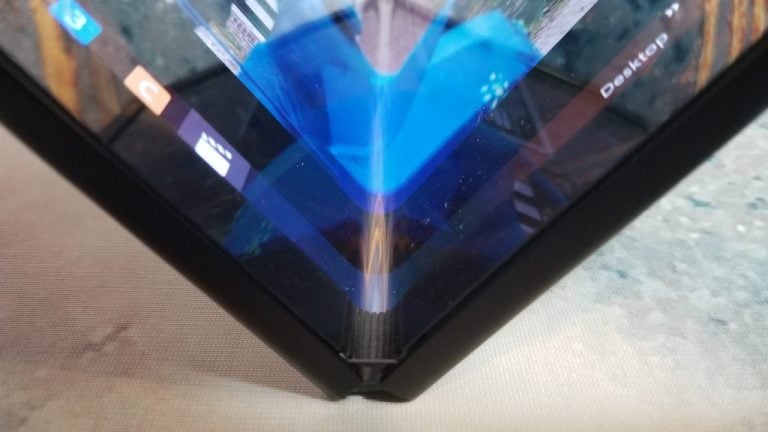 Not running Windows 10X for now, but some interesting use cases

Much like with the Dell Duet, at the time of demo, the Dell Concept Ori was not running Windows 10X. It was running a regular version of Windows 10. When I asked Dell about this OS, they showed me how future users could enjoy the device. It goes back to some of the same things I saw on the Dell Duet but in a smaller form factor.

With the Dell Concept Ori, there's quite a lot you can do. Similar to a Surface, it supports up to 10 points of touch, which can be dragged across the screen, and the seam. You also can ink across the screen and the seam, which was pretty mindblowing to me when I tried it out. 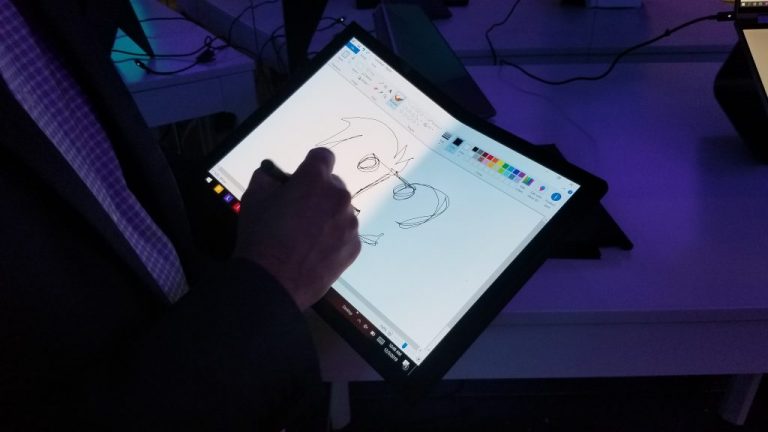 Some other interesting uses for the Ori include stacking windows side by side on the screen and taking notes in a Skype Session or when watching videos. You could also be browsing the web, and taking notes on the other side of the screen.

But the most interesting scenario of them all is holding the Ori like a traditional tablet. In this situation, the content stretches across the seam, and you can draw, and even write on the seam in between the screen. This is a great way to make a Windows device more portable and compact, as you get a larger screen, that can fold closed, and fit in your bag more easily. 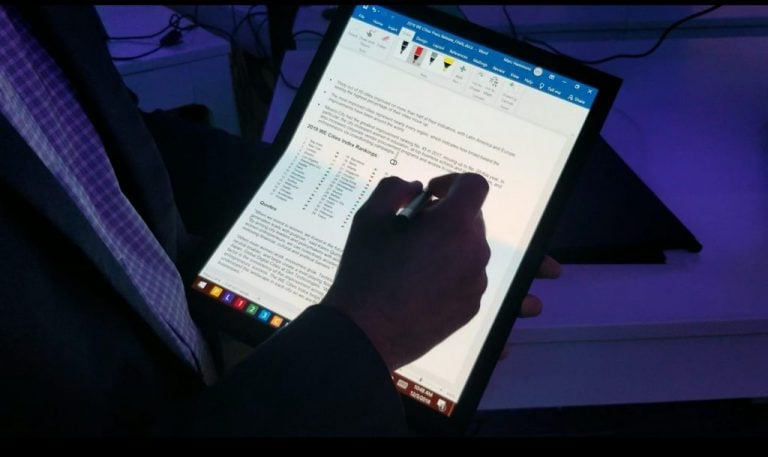 But will it compete with Surface Neo and Duo?

As I said before, foldable and dual-screen devices will eventually become the new norm for computing. We saw this when Microsoft first introduced the 2-in-1 form factor, and it likely will happen again once Surface Neo and Duo (and if Dell Concept Ori hits the streets.)

However as of right now, with Windows 10 not being heavily optimized for touch screens foldable devices as of yet --- and Windows 10X not being out in the wild --- I do remain doubtful that these devices will be successful.  As cool as it was touching a foldable Windows 10 device, like the Dell Ori it didn't quite feel as polished or ready for prime as of yet.

Of course, this was a concept, and it is subject to change, but I wasn't quite convinced that a foldable Windows 10 PC can compete with a dual-screen PC like the Surface Neo and Duo.  For now, dual-screens are better than foldable screens.