Xbox One X hands-on review: A console for the PC gamer - OnMSFT.com Skip to content
We're hedging our bets! You can now follow OnMSFT.com on Mastadon or Tumblr! 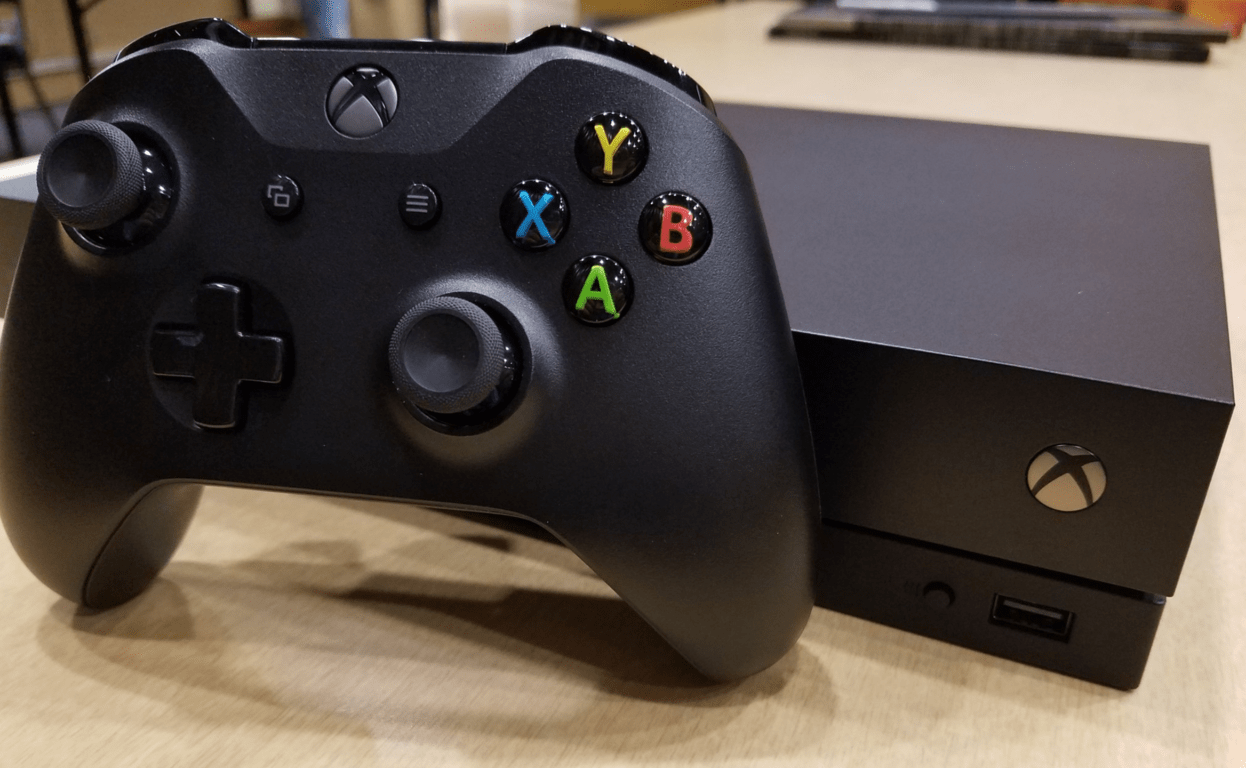 The Xbox One X is exactly what it was advertised as: A first-of-its-kind console that's meant to please an audience that looks for superior framerate and resolution. Sporting a moderately revamped design overall, Microsoft's new "premium console" looks to breathe new life into the Xbox brand by testing the boundaries of what consumers are willing to pay for.  The Xbox One X is the only device in the Xbox family that can play games in native 4K, and even give some very noticeable visual improvements to people who haven't sprung for 4K TV's.

Stepping onto store shelves with a bold price point of $500, the Xbox One X makes its intention very clear. It's not here to sell you new games - it's here to deliver the best possible experience for that niche of gamers who are willing to fork up the extra cash for truly top-of-the-line performance.

The Xbox One X sticks to the visual design that was clearly in mind when Microsoft gave us the Xbox One and the Xbox One S: an inoffensive hunk of metal and plastic that looks nice next to your DVD player or cable box. While the Xbox One X looks better than its older brothers in most respects, that's mostly because of the size. At its core, Microsoft's new console took no risks when it came to its exterior.

This, for the most part, is a positive thing. You can place the Xbox One X down wherever you want, and it's going to be able to fit nicely, and look good with anything else you have. More importantly, the console is extraordinarily small for the power that's inside of it. Despite being indisputably the most powerful Xbox One, the X manages to shave quite a bit of size off of the massive original console, and even seems a bit smaller than last year's Xbox One S.

It's not all looks, either. Through my week or so playing with the Xbox One X, it didn't have many problems breathing. The console was consistently quiet throughout my entire experience, which is something I can't always say about the Xbox One original. While there's only so much you can say after one week of use, the Xbox One X seems to have passed all of the initial tests. The thing hasn't blown up yet, and I haven't found any considerable problems.

The controller that came with the Xbox One X isn't anything special. You aren't getting an Elite controller, here - it's the same familiar hunk of plastic that you're used to, without doing anything to reinvent the wheel. It does, however, sport the improved grip and headphone jack that we've come to expect from newer-generation controllers.

Xbox fans recently got introduced to a brand new interface, which tried to condense some of the most important parts of the dashboard into one place, and add a few new features (like a dedicated tab for Mixer) along the way. This new interface is what the Xbox One X runs on out of the box, so you won't have to worry about making the awkward transition between UI's when you pick this up.

The new interface has already had plenty of criticism from fans who've been using it on their Xbox Ones, and that's understandable. While the new UI does succeed in bringing everything together, it's easy to feel like there's  a lot of unused, empty space in the dashboard.  It seems like it lacks the character of previous Xbox UI's, especially if you go back to the Xbox 360 generation and see what things looked like back then.

There are positives, though. The general simplicity of the Xbox One's new look does make things pretty easy to navigate once you've had some practice. While it took a day or two for me to get used to the new UI, I did, inevitably, feel pretty comfortable with it. Once I got the hang of how the UI wanted me to navigate, I started to appreciate some of the small improvements added to the dashboard.

The Mixer tab, especially, is something that I'm really starting to enjoy. It's a really useful way to make users feel like they're part of a community, and it asks them to directly engage with streamers in a meaningful way. Keeping that in mind, though, the Mixer tab probably doesn't deserve the spot it takes in the spotlight. The tab is located just a few clicks away from the dashboard - closer to you than even the Microsoft Store. It could easily strike some users as overkill.

I'm spoiled. I have a PC that I use to play games on, and it's perfectly capable of matching up to what the Xbox One X has going for it. This didn't stop me from having my jaw drop when I saw what this console was really capable of. The Xbox One X completely blows the lid off of what we assumed consoles would ever be capable of doing, and manages to keep pace with gaming PC's for the first time in contemporary gaming history.

I genuinely believe that, if I were to sit down a gamer who had only ever played on consoles and show them Quantum Break or Gears of War 4 running at 4K 60FPS, they would lose their mind. This is the first opportunity that console gamers have ever had to experience 60FPS gaming at a high resolution, and if it takes off, it could have some serious repercussions for the rest of the gaming industry.

People have been told for years by developers that they don't need 60FPS to enjoy games. If I had a nickle for every time that I heard someone tell me that "30FPS is fine," or "I couldn't tell the difference if a game had a higher framerate" I would be diving into a pool full of nickles Scrooge-style every day for the rest of my life. The Xbox One X is proof positive that 60FPS gaming experiences are totally possible on console, and I believe that most console users won't be able look back.

For the uninitiated: It's important to realize just how big of a difference 60FPS games are, when compared to their 30FPS brethren. 60FPS games are, quite literally, twice as smooth. To see some side-by-side comparisons, watch this video by Nicolas11x12 on YouTube. It does a good job of illustrating exactly how night-and-day games can be when you change the framerate so dramatically.

A console for the PC gamer

The fact of the matter is this: The Xbox One X is a console that's not going to be for everyone. In order to justify a $500 price tag, you need to be either a very serious gamer, or someone who wants to become one. For the parents this Holiday season who are just looking to pick up a gift for their families, they should probably grab the Xbox One S, which plays all of the same games for under $300. It's also important to note that the Xbox One X will only be improving the performance of specific games. If Microsoft decides they don't want to support your favorite game, you're out of luck.

If you're an aspiring hobbyist who wants to experience games in superior quality, but doesn't want to spend the exorbitant sum of money that it's going to cost to build an up-to-par gaming PC, the Xbox one X is for you. With an inoffensive design that sits very snug on your shelf, it puts some seriously hefty hardware into a package that doesn't get in the way. If you happen to have a 4K TV, the value of the console should be multiplied considerably - and if you're one of the many people who hasn't been an early adopter of 4K, games are still dramatically improved in quality when playing in 1080p at 60 frames a second.

The Xbox One X is still the same Xbox that we know and love. It plays all of the same games, and doesn't bring with it anything exclusive, in terms of content. It promises one thing, and one thing only: A gorgeous experience that absolutely no console - not even the PS4 Pro - is capable of replicating. It delivers on that promise, and for the audience that this console is marketed towards, that's probably going to be enough.

It'll take some time to see if the idea of the Xbox One X is something that catches on. For the longest time, the conventional knowledge has told us that PC gamers are quality snobs, and console gamers are gluttons for convenience. This is the first time that the two audiences have ever really been intermingled, and if this console ends up selling well, it certainly won't be the last. If the Xbox One X ends up being the device that starts a trend of expensive high-quality hardware, I don't think we could ask for a more solid foundation. Excluding any kind of exclusive content and sticking to its promise of an elevated Xbox experience for its niche audience, Microsoft's premium console has all the makings of a welcome, comfortable addition to the Xbox family.

You can pre-order the Xbox One X now, if you're interested. It launches on November 7th. We were provided with a review unit from Microsoft in order to do our review.