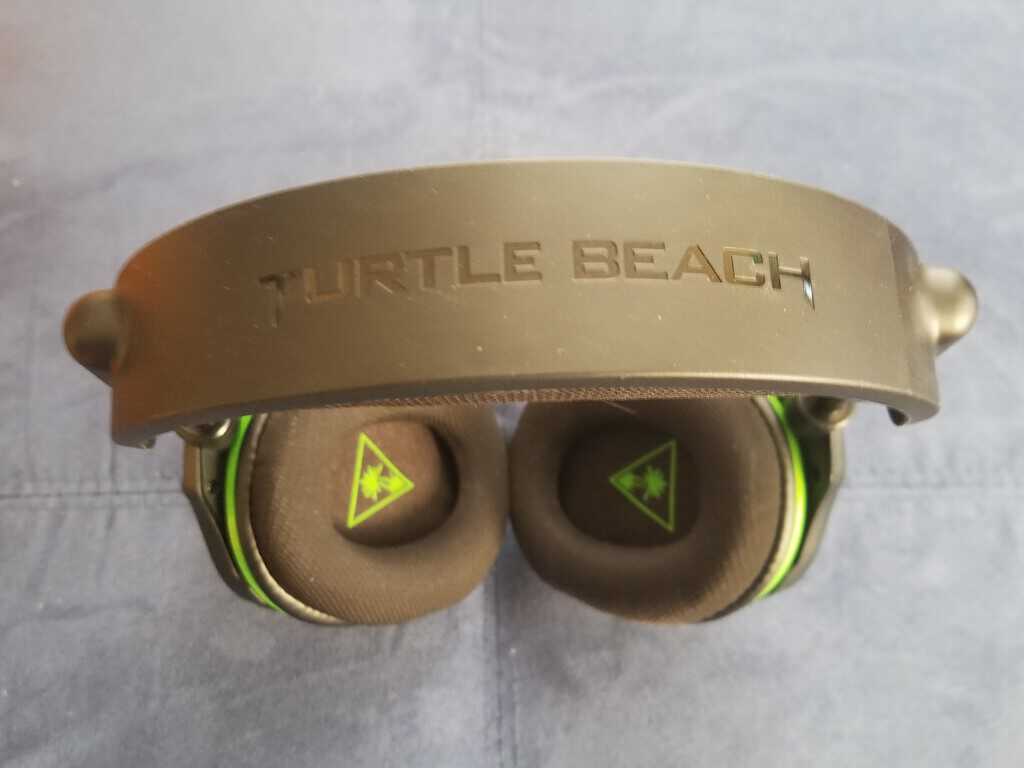 The Turtle Beach Ear Force Stealth 600 Gaming Headset for Xbox One is an affordable and comfortable gaming headset for the Xbox One family, including the new Xbox One X. to wear for long periods of time. The Stealth 600 boasts 15-hour battery life. While 15 hours is okay for a rechargeable wireless Xbox headset, I feel as though battery life could be longer.

The Turtle Beach Stealth 600 is the cheaper alternative to the bells and whistles found on the $149.95 Stealth 700. However, like the Stealth 700, the Stealth 600 is a truly wireless headset fox Xbox One. You don't need to plug the headset into the controller either. You can pause your game and leave the room without bringing your Xbox One controller with you. It is a truly a freeing experience for quick breaks in between games to leave your Xbox untethered to your controller.

Once you take your Stealth 600 out of the box, you'll need to connect it to your PC and download the Turtle Beach drivers so that the headset is updated to the latest firmware. Turtle Beach used a microfiber-like material to cover the ear pads, and the frame of the headphones are made out of a hard plastic. It's not the most flexible plastic, so be wary of that.

Some people might prefer their gaming headsets to be leather, as it is usually more comfortable to wear, but the micro-fiber cloth on the ear pads provide a nice feeling and are pretty good at wicking away sweat and liquid. The Stealth 600 is also "glasses-friendly," providing a comfortable fit with your glasses on or off.

On the left earcup holds a short, flip-down mic, pull it down and the mic turns on automatically. Pull it up and your mic mutes. It is a much simpler process than the headsets that come attached to your controller. Instead of figuring out what buttons do what, you can pull down your mic and talk. Pull it up when you are done talking. Simple.

On the back of the left earcup, there are your volume controls. These handle your main headset and your chat volume levels. Above that are two buttons, one power button, and another mode button, that allows you to cycle through Stealth 600 headset profiles, toggling surround sound and "Superhuman Hearing" mode. Two wheels adjust the main volume and chat which sit above a large power button that's below a mode selector. The mode button lets you access specialized audio profiles, including surround sound and a special “Superhuman Hearing” mode; although the audio mode doesn't make a noticeably enhanced audio experience, just a louder one.

When I played in-game on Xbox Live, everyone that I played with reported that they could hear my voice fine. and I haven't had any issues where the sound cut-out of my headset. The only downside of this headset is the range if you are more than about 10 feet from your Xbox One console or need to go into another room, at times the sound can drop out of your Stealth 600 completely. While this is not a really a big deal, it would be nice to have some range if you are listening to music on Spotify.

The Stealth 600 have great 50mm drivers, so listening to music is a great experience, particularly for anyone who enjoys bass-heavy music. In addition, the Stealth 600 supports Windows Sonic Surround Sound. The Stealth 600 also has four audio equalizer settings included; Bass Boost, Signature Sound, Bass and Treble Boost, and Vocal Boost.

I did not have the Turtle Beach Stealth 600 PS4 version to test, but you'll be happy to know that that version requires you to connect the headset via a USB dongle to the PS4 controller. The Xbox One version is completely wireless. Battery life is clocked at 15 hours, but I would have hoped for more much more battery life, especially after a long Xbox One session. At the end of the day, my battery complaints boil down to realizing that the Stealth 600 is just another Xbox accessory I have to remember to charge.

The Stealth 600 is made specifically for Xbox One, but it can be used with Windows 10. That is great news for Play Anywhere titles, but to use the Stealth 600, you'll need to buy the Xbox Wireless Adapter for Windows. That is an extra cost that is another downside for the Stealth 600. It would be great if you could pair these with your Windows 10 PC dongle-free.

At $100, the Turtle Beach Ear Force Stealth 600 is one of the best (and cheapest) wireless gaming headsets you can own right now on Xbox One. For an extra $50, you can upgrade to the Turtle Beach Stealth 700. The choice is yours.

Get Season 2 Episode 4 of Minecraft: Story Mode now on Xbox One, 360 coming soon