Yes, the title reads "4-minute review" but rest assured I spent more than 4 minutes reviewing the ThinkBook 14s Yoga. My intention is to try and deliver a hyper concise review that you can read, digest and enjoy in as few as four minutes. Now having wasted 15 seconds, let's get on with the review.

Lenovo sent over its ThinkBook 14s Yoga 2-in-1 convertible a while back and I've been using it off and on for the past month and half to get a genuine feel for its everyday usefulness versus the marketing jargon the company was looking to hand feed customers. 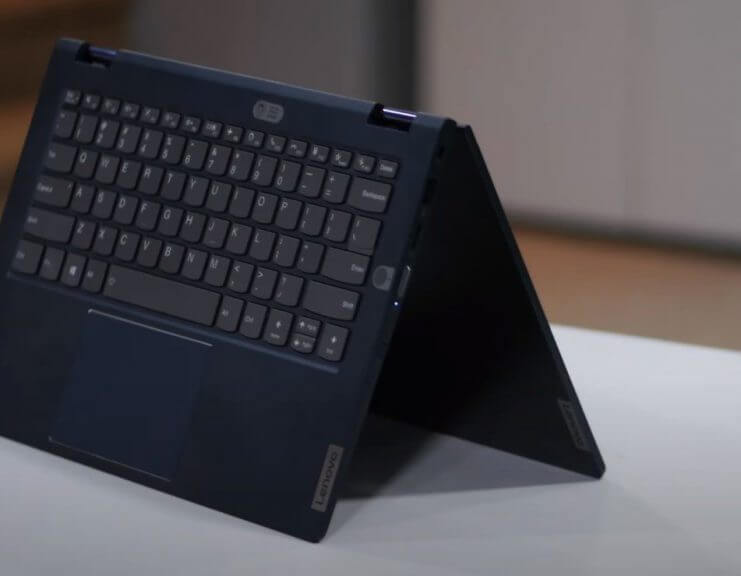 Plainly put, the 14s Yoga is a business computer that's intended to be bought in bulk to replace currently aging and clunky SMB workstations from 2013 or older. Starting at under $1,000 ($922.35) an "everyday joe" customer can snag the entry level configuration or move up to the $1,110.85 Abyss Blue model I tested that houses:

The ThinkBook 14s Yoga looks and feels like other Lenovo Yoga branded devices. The brushed aluminum helps keep the device cool to the touch as well as a moderately lightweight carry. As with most 2-in-1 convertibles, the 14s Yoga is only comfortable in its tablet mode for minutes at a time due to its 3lb weight and exhaust vents that get covered by the lid when folded backwards.

Aside from a familiar chassis, the keyboard of the 14s Yoga is also reminiscent of other ThinkPad and Yoga lines with a sunken island style key placement and clickily responsiveness from the U-shaped chiclet keys and nifty fingerprint sensor on the side of the deck. 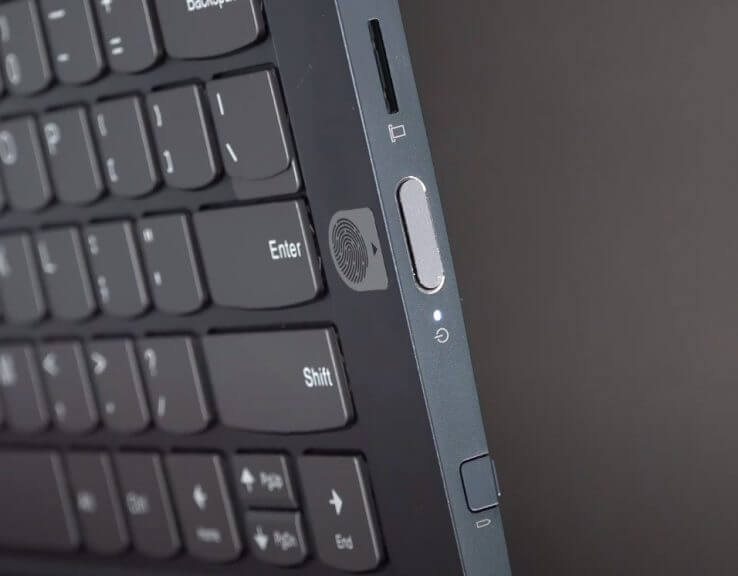 The touchpad is responsive enough, some gestures, strokes or selections may have to be reregistered depending on where you rest your finger on the surface.

The normal Lenovo accoutrement of ports make an appearance for the dongle adverse, that include two USB-C, HDMI connector, one USB-A, and MicroSD care slot and pen holster. 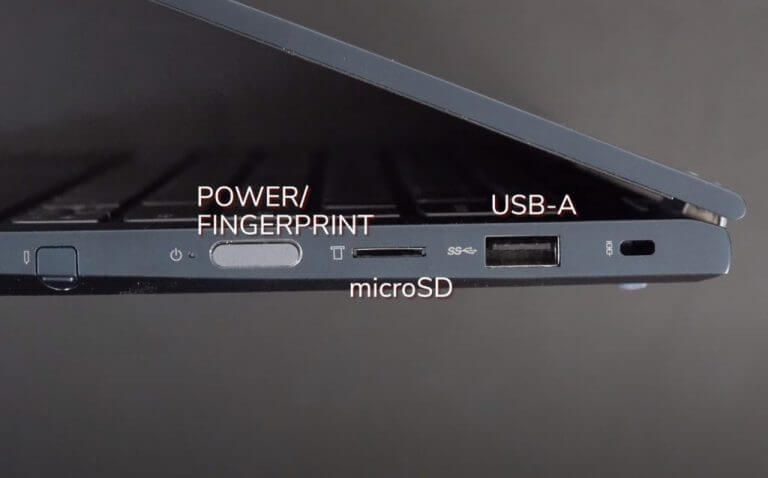 Couple all of this with Lenovo's new update color for the 2021 models that includes a very vibrant and notice Abyss Blue that puts a stunning exclamation point on the whole review.

The 14s Yoga has an Intel 11th gen chip in it, but strangely does not meet the bar for EVO qualification this year. Between the weight and battery performance the 14s falls short of EVO status in 2021. Speaking of battery, the 14s pushes 11 hours during benchmark test but only got me on average 9 hours of real-world use.

Most things done on the 14s Yoga were snappy. The Iris Xe graphics are onboard and help edge out the 14s' performance from last year in things like Photoshop, Filmora, Lightroom, AutoCAD and multiple instances of Edge and Chrome. Items cached in memory restarted relatively smooth, it was when opening new apps that the system would struggle to keep everything from becoming unresponsive or jittery for seconds at a time.

When running benchmark test, the 14s scored relatively high placements. I say relatively because with an 11th gen Intel chip in inside the laptop is sparring in a different weight class but is not alone. In Geekbench 5 the 14s Yoga's single score peaked at 1549 and a 4783 on the multicore equivalent whereas the Intel Surface Laptop 4 managed a close 1533 single core score and an impressive 5785. Against its cousin the Yoga Slim 7i Carbon the 14s is barely edged out at 1564 for single but roundly trounced in multicore with a 5588 score. As for benchmarking the overall system performance with PCMark 10, the 14s scored a 5242 compared to the Surface Laptop 4's 4879. 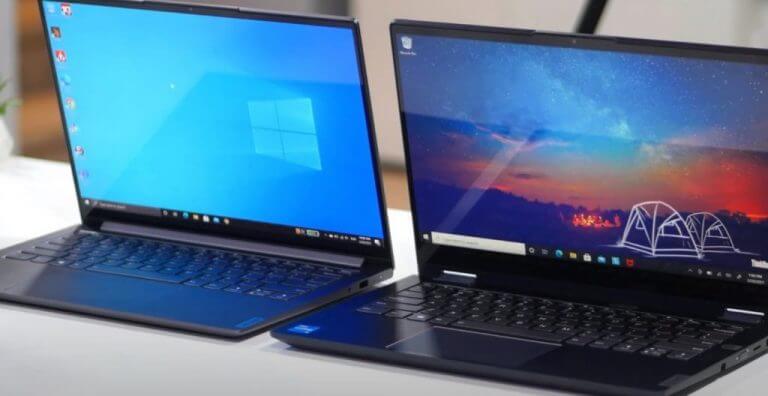 While it scores pretty well, most of that comes at the expense of fan noise and battery performance. As I mentioned earlier, the battery performance ranges from average to slightly disappointing depending on the task, and the fan noise was louder than any other device I had in my testing stable.

The ThinkBook 14s Yoga is not as much a consumer play as it is a modernization of the company's workstation profile. As some people continue to or push for more work-from-home dynamics, the 14s satisfies an itch of basic convenience. It's light enough to port around in most circumstances and its 2-in-1 nature and included pen offer greater flexibility for document signing (for those of us who ran out of ink early in the pandemic) as well as note taking or finer tuned graphics editing. 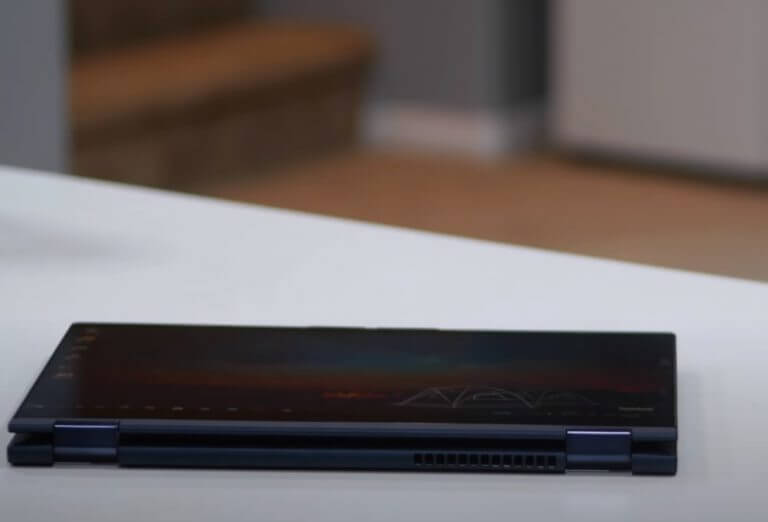 I don't expect this device to fly off the shelves like an M1 Mac or even a Dell XPS but for those in the know, it's definitely a recommendation to the IT department when asked, "do you have an upgrade within budget, in mind?"