The Lenovo ThinkPad X280: The new portable workstation - OnMSFT.com Skip to content
We're hedging our bets! You can now follow OnMSFT.com on Mastadon or Tumblr! 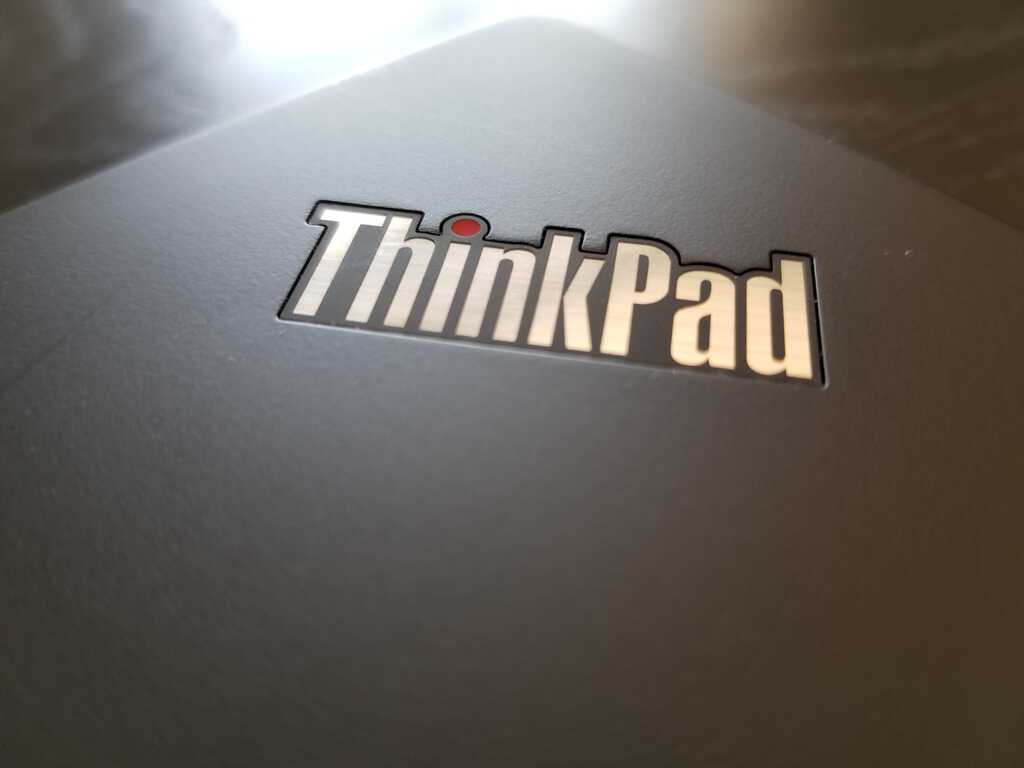 As tech enthusiasts and Youtube reviewers ooh and ahh over the latest MacBook or Windows-powered MacBook-like clone, Lenovo continues to brush aside those flights of fancy with its ThinkPad line.

While the ThinkPad line has trimmed off some of its customary office inspired heft, most ThinkPads retain their legendary selection of I/O ports and the latest installment of the X280 is no different.

At roughly $1,000 the ThinkPad X280 brings a refined style to the lineup and an ultralight footprint coupled with 12.5" FHD IPS anti-glare multi-touch makes it a no-brainer for the mobile professional, but let's be honest, very few individuals seek out a ThinkPad for personal use. 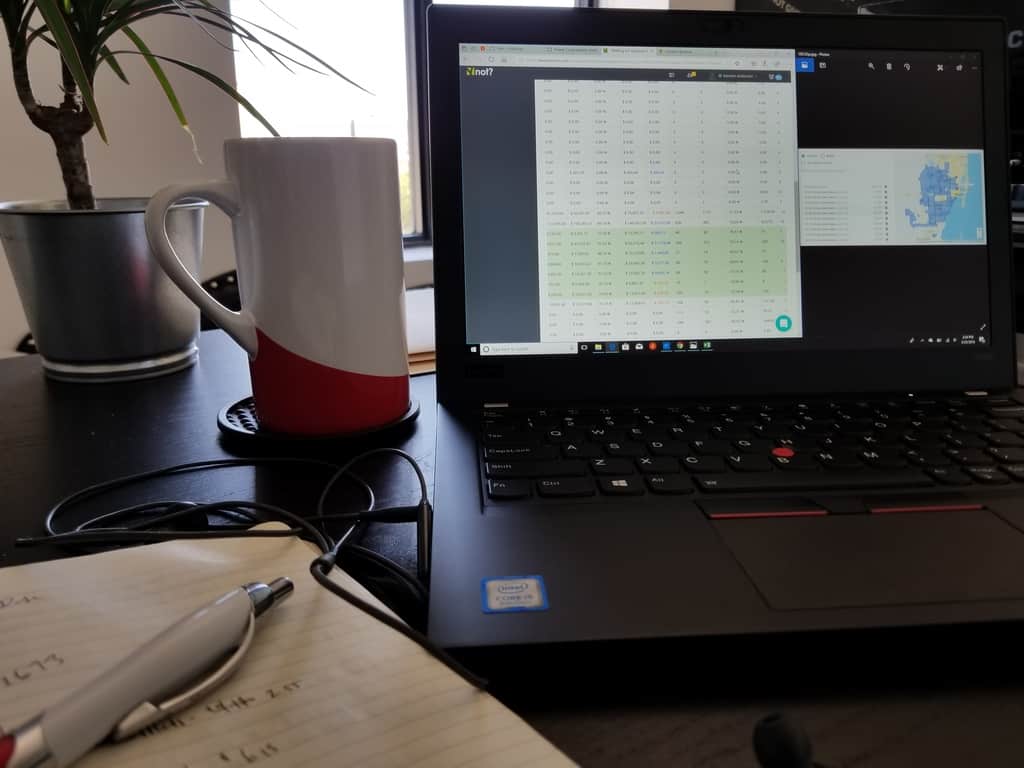 The following review is to arm current employees using an older ThinkPad line on what else is out there compared to their undoubtedly outdated and bulky workstation, with the information necessary to force an upgrade for 2018.

Let's just get all the negativity of this review out of the ways first, shall we? Many of these may seem like nitpicks but to a business professional, they could be the difference between finally convincing your employer to empower each of his employees with a future-proofed arsenal or condemn them to another year of a pre-Windows 8 black box of the same old, same old.

For anyone coming from a 15" or 13" workstation version of the ThinkPad line, this device will feel rather cramped with its 12.5" screen. Furthermore, if you're used to using your laptop as a secondary monitor at work, the X280 may not live up to expectations due to its slimmer profile. 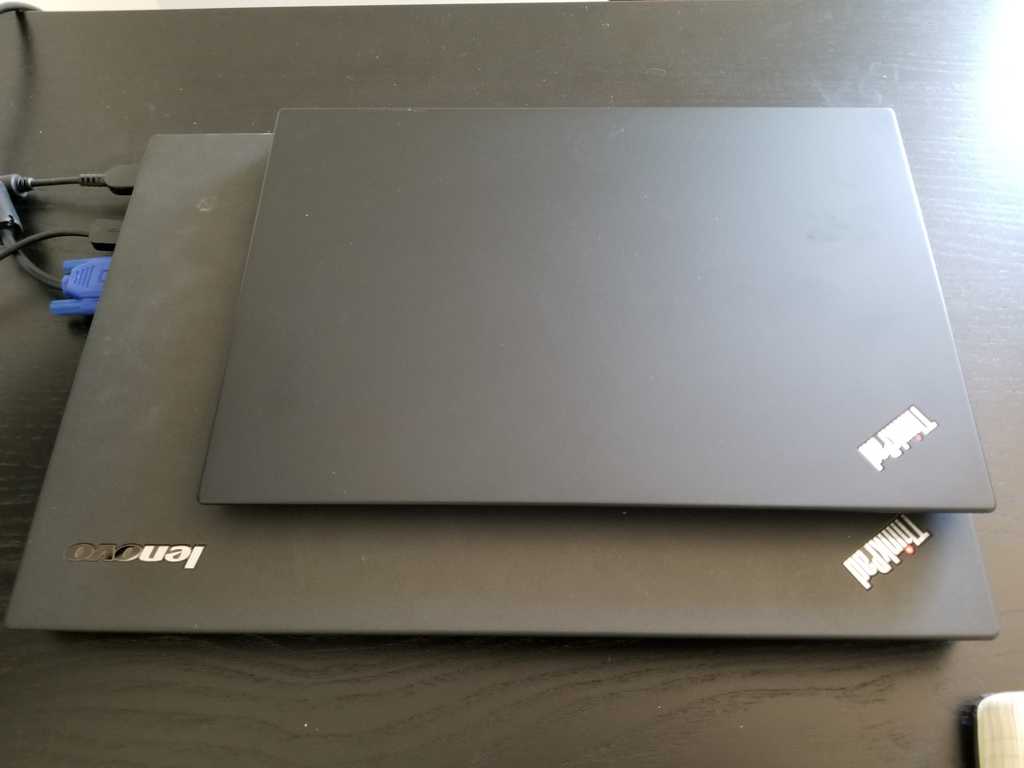 Ports and everything but

Ethernet! Ethernet! Ethernet! Yes, more and more office buildings are being retrofitted or flat out designed with wireless connectivity in mind, but for those that are not and for anyone forced to travel to ones that value security over convenience, the X280 is not the device for you. Well not initially. If an Ethernet port is a vital connection port, the X280 does not have one, however, Lenovo does provide an Ethernet adapter that uses a USB connector or you can opt for an updated Thunderbolt version via Amazon.

The webcam is probably one of the greatest downsides to this device, especially if you're using the X280 in HR and are tasked with conducting Skype, Go To Meeting or Citrix Webcam interviews or employee evaluations. Fortunately, there are HDMI, USB, and Thunderbolt ports available to plug in a decent webcam attachment.

For anyone using a ThinkPad, fan noise is not a new occurrence and with the X280, it remains a constant. The X280 fans blast off like a jet engine when plugged in, extensive tab and Excel use or during movie watching. Again, fans are a way of life for a most ThinkPad users and it may end up being a moot point if the device never leaves the (noisy already) office, but at least you've been warned.

The X280 is just like every other ThinkPad before it, but better. The new 12.5" FDH IPS anti-glare multi-touch display is perhaps the best matte display on the market. Viewing angles on the X280 are seemingly indistinguishable from other full gloss panels and offer a level of clarity rarely found in work machines used strictly for crafting Excel docs and PowerPoint presentations. 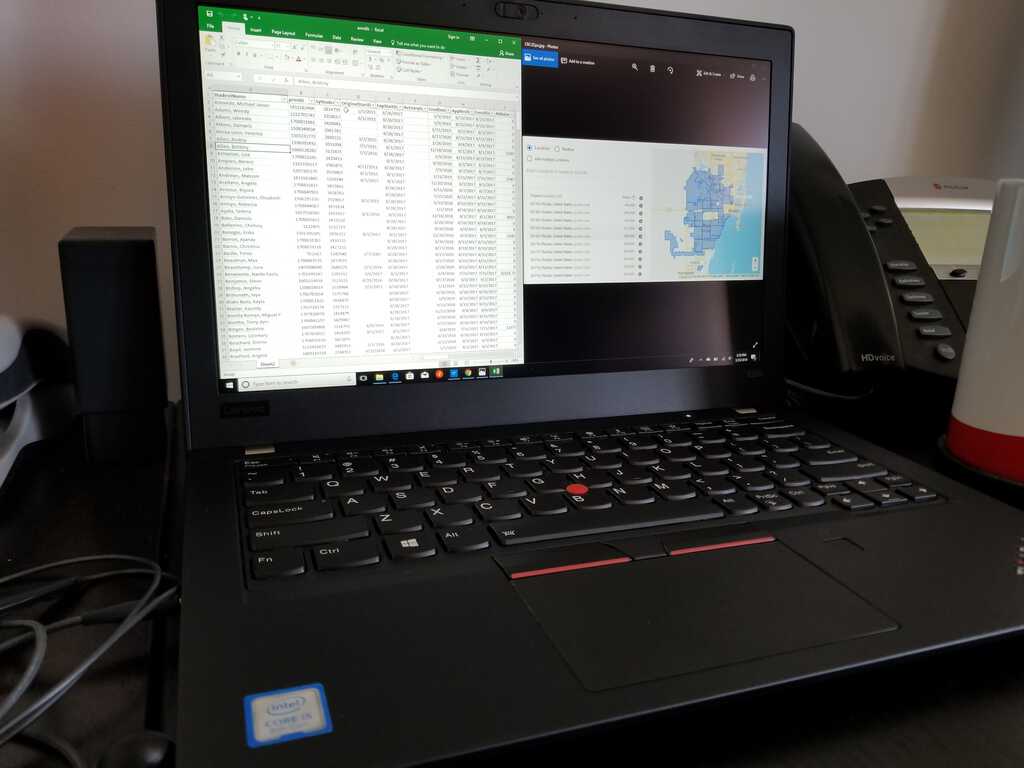 In addition to the superb display, there is a bevy of ports to choose from which makes the X280 a no compromise (unless again, you need an ethernet connection) portable workstation. From, USB 3.1 to a full HDMI 1.4  and Thunderbolt 3 ports, this laptop has everything necessary to undock from work and head into a meeting, presentation or conference without having to lug a bunch of extra cables, dongles or adapters. 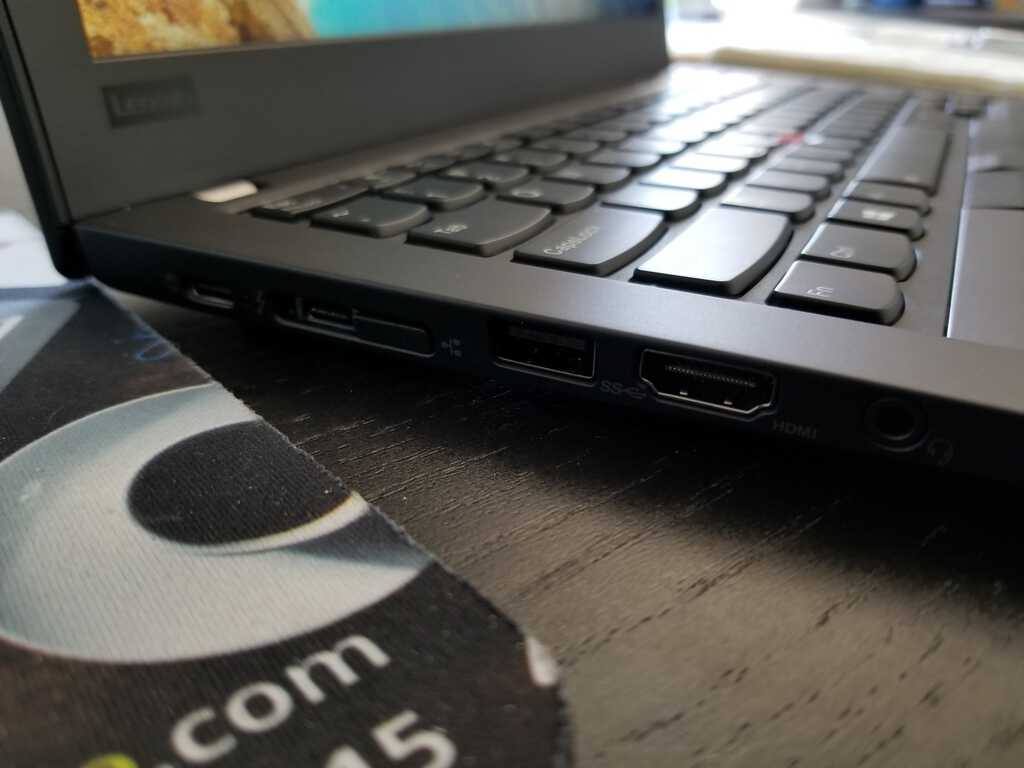 Lenovo has refined its ThinkPad build quality and the new carbon fiber casing seemingly has a new anti-fingerprint coating. Now it may just be that the device I got was brand new but with most ThinkPads, the outer casing of the ThinkPad becomes a sheath of finger oils and office dust that lead to a drab dulling of the black exterior. The X280, after a month's worth of use, doesn't seem to be on the same trajectory of dulling over time. 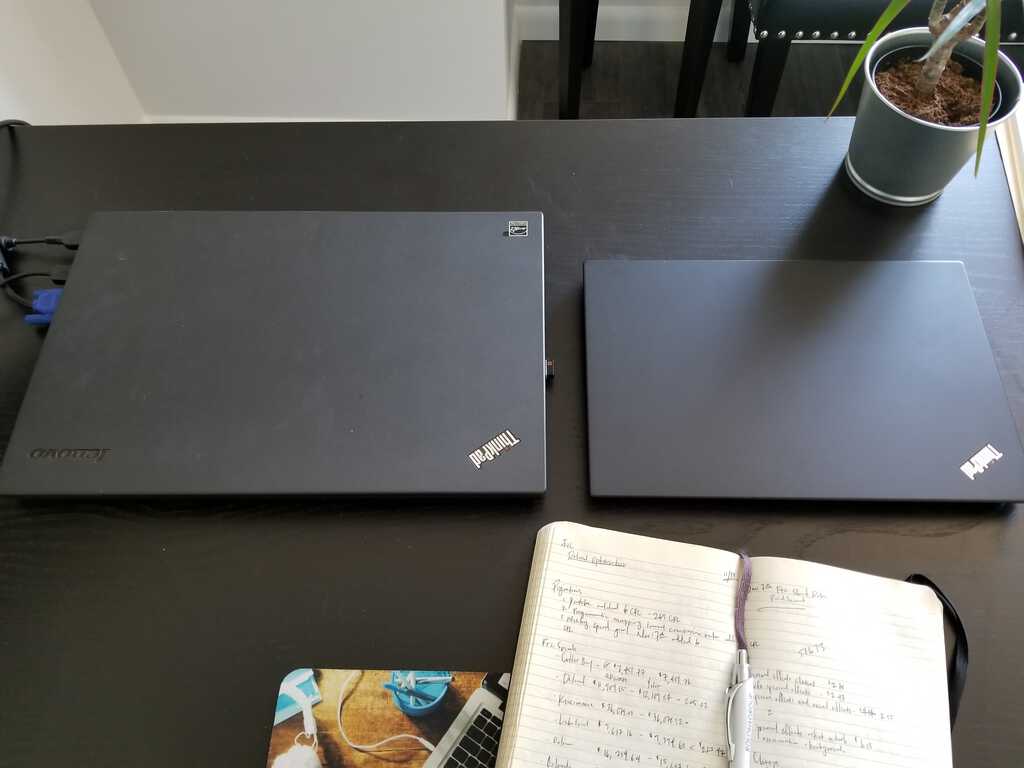 The X280 also adds a new light indicator embedded in the cat-a-corner ThinkPad branded logo that stands in beautiful defiance of the normalization of panel-centered logos that harken a MacBook-like influence over the industry. The corner logo isn't made of any brushed aluminum or comes in any fancy metallic colors but Spartan-like appearance continues to underscore the productivity-driven focus of a ThinkPad.

This little bad boy can run for a while. Again, reviewing this as a productivity employee, the battery life means very little beyond lasting the occasional long-winded conference meeting but for the road warrior, having a laptop that can go five hours under heavy use (presenting, or otherwise) or 9 hours under regular use can be a boon for contract negotiations, deal finalizations or new client presentations. 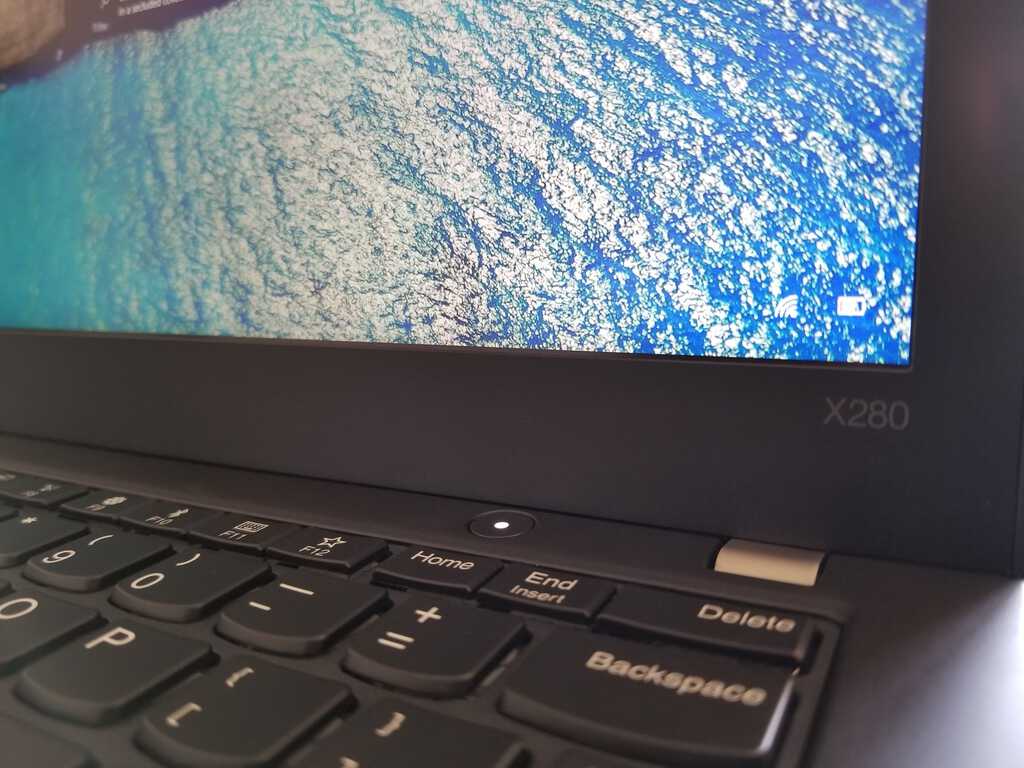 As with most ThinkPad usage, security is an added bonus and the X280 comes with a myriad of options that include a built-in cover over the webcam and fingerprint sensor for Windows Hello bio authentication which could be an added convenience depending on the location of your workstation.

Last but not least is the Core i5 -8650U and Turbo Boost, 8MB Cache 8th Gen Intel chip is an actual improvement over other so-called Intel upgrades. The quad-core nature of the chip allows for some pretty impressive app switching and reserve processing cache to help keep those opened web conferencing tabs and macros-filled docs as snappy as when they're first opened. 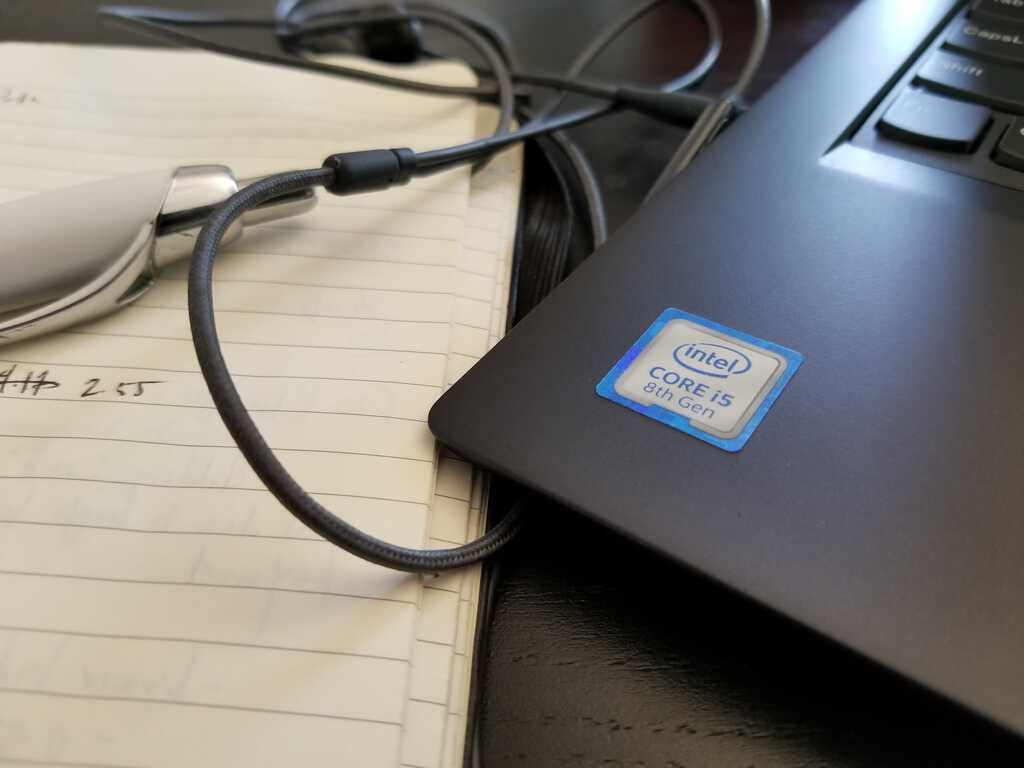 The X280 is the evolution of the ThinkPad line. While there are much cheaper ThinkPad options that your employer may opt for to purchase in bulk, the X280 serves up the gold standard of functionality versus price. Cheaper ThinkPads come with several shortcomings and more expensive versions are less practical for the everyday use of anyone in a position lower than an executive. When comparing the X280 to the rest of the competition outside of Lenovo, it fairs better than most in its category based solely on I/O. As the shedding of ports becomes the norm, the X280 stands tall with a bevy of options while still managing to slim its overall footprint and offering a subtle refinement on its overall design.