Microsoft Surface Pro 3 review: A capable tablet which just happens to be a laptop too 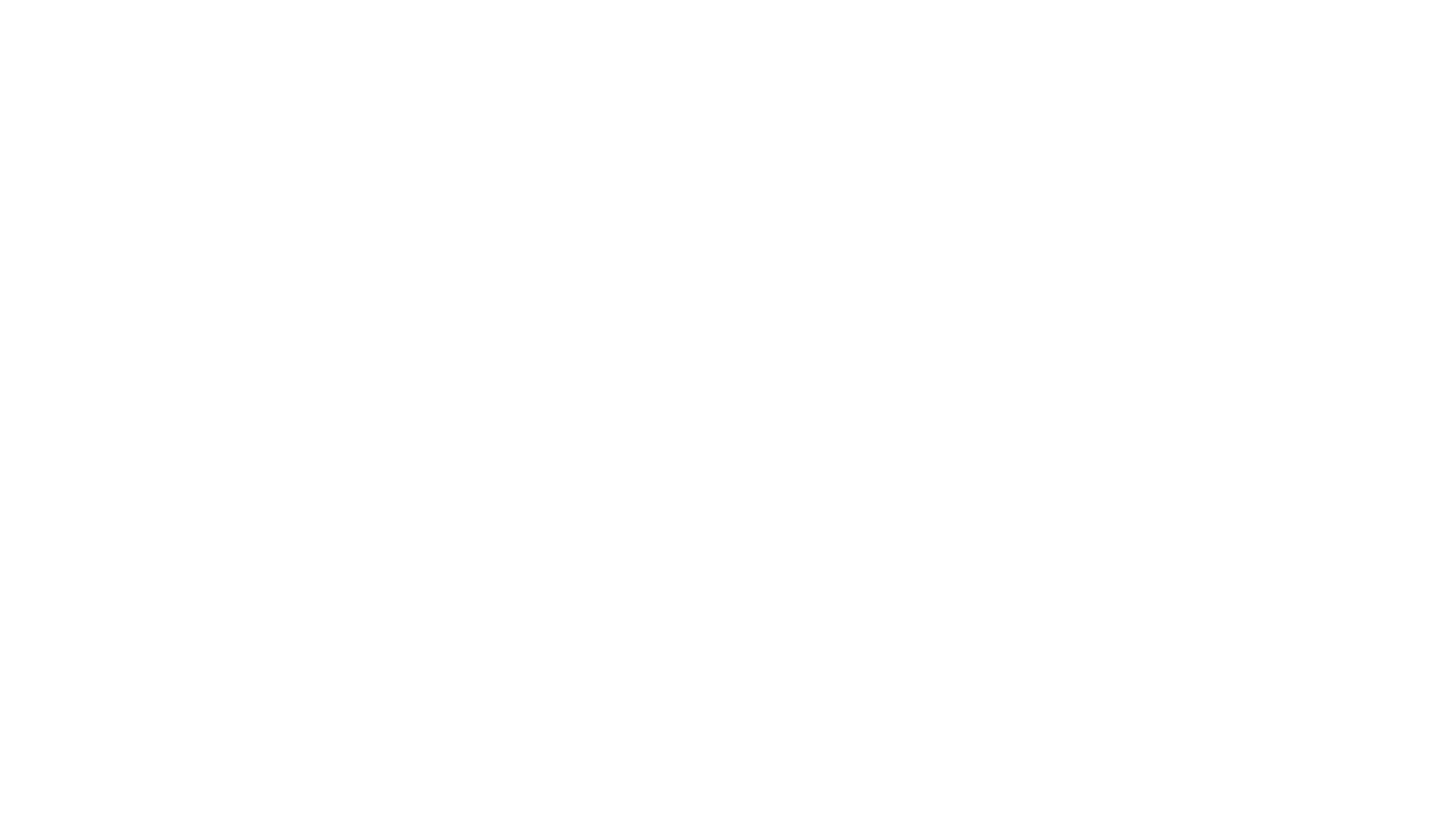 When Microsoft released the original Surface Pro, I wasn’t that interested in it. I have a HP desktop PC and it has worked well for me over the years. Three generations later, and Microsoft releases its third generation Surface Pro. I recently sat down with Microsoft and got myself a hands on demo of the Surface Pro 3, and I have to say, this device is awesome. Microsoft -- you did a great job on this device, and I wish I had given into the hype sooner.

I’ve been using the Surface Pro 3 as my primary PC for about a week now. When you think Surface, you think tablet. I’ve owned a Surface RT for over a couple of years now, and I absolutely love that device as a tablet. The Surface RT is in no way a PC replacement however, meaning I could never use it for more than writing articles with Word or watching movies.

Starting off with the Surface Pro 3 specifications. The unit I reviewed features an Intel Core i5 Dual Core Processor with a 256GB SSD Drive and 8GB of RAM. The screen is 12 inches, with an aspect ratio of 3:2 and resolution of 2560 x 1440. These specifications alone already outpace my 4 year old HP desktop PC.

Upon powering on the Surface Pro 3, it is immediately apparent that you're using a high-end screen. The screen is beautiful, and no matter how hard I try I am unable to spot any pixels at normal usage distance, thanks to the outrageously high-resolution of the screen in such a small area.

Having a high resolution screen has many advantages, but also comes with an annoyance. Since the resolution is so high and the screen is so small, Microsoft enables a higher DPI than normal to make sure everything can be seen on the display. This higher DPI can make Win32 applications which haven't been optimized for a DPI higher than 100% look terrible. A number of programs that I use, including HipChat, Camtasia and others all look out of proportion.

Of course, you can turn off the high DPI if you wish, but that makes all the elements on the desktop super small and barely see-able. I prefer to keep the DPI at the Surface Pro 3 standard, even if that does mean using funky looking desktop applications. You can't really blame Microsoft for the lack of 3rd party applications supporting higher DPI, as in the end it's up to the developer whether to support it or not.

Minus that small annoyance with some programs, the display is top notch, and when programs do support the higher DPI, it looks beautiful.

The device itself has a high-quality, magnesium casing on the back. It feel premium when you hold it, and it's not heavy at all. The Surface Pro 3 is the lightest and thinnest Surface yet. It's even thinner than the original Surface RT and the Surface 2, which is unbelievable. Of course, the reason this is possible is thanks to the increased screen size. The device measures in at 9.1mm thin. Incredible for a device this capable.

The device isn't particularly heavy too, but if you're going to be using the device as a table you may suffer from slight fatigue after a while. The device is 800g in weight.

On the right hand side of the device you'll find a USB 3.0 port and a mini display port, along with the charger port. On the top, you'll find one lock/unlock button, the bottom sports the smart cover connector and the left hand side includes a volume rocker and 3.5mm headphone jack.

The (hardware) Start button is rather oddly positioned on the right hand side of the screen when landscape. This is an odd addition when you first begin using the device, but the reason why Microsoft put it there instead of on the bottom like on the previous Surface tablets becomes clear rather quickly. Thanks to the 3:2 aspect ratio of the screen, you can comfortably use the device in either portrait or landscape mode.

For casual email checking, web browsing or note taking, I found myself using the device in portrait mode a lot more than landscape mode. I only ever really use the device in landscape if I'm watching a movie, writing an article or actually getting work done.

Another reason why the Start button is on the right hand side is because the new Type Cover lifts up and connects directly to the device which makes typing on your lap or a table easier. Having the Start button on the bottom would mean the keyboard would get in the way when you lift the keyboard up. We'll talk more about this feature in a little bit.

The speakers on the device no longer face out the sides, but instead have been faced forward. This means sound is louder and clearer than on previous devices, however the speakers aren’t too great. You're definitely going to want to use a pair of headphones if you want to get any 'good' sound out of the device.

Of course, on the back of the device you have the much improved kickstand. No longer is it lockable in just two positions, it can go back as far as you need it to up to 130 degrees. It's impressive, and makes lap usage so much more easier. The device no longer feels like it's going to fall off your lap, meaning it feels (and is) very secure.

With this new Type Cover and the Surface Pro 3, you can push the cover up against the device whilst in use to prop-up the keyboard. It moves less than an inch, but the difference this makes to your typing abilities is phenomenal, especially on your lap.

I can get about 70-80 words-per-minute with the Type Cover, which is somewhat impressive for a cover keyboard. There's enough travel with the Type Cover keys that it feels like you're typing on a real keyboard too (which it technically is).

The trackpad on the new Type Cover is worlds better than previous models. It's bigger, and has a far more prominent 'click' when clicking and using the trackpad. It's still a bit slow when it comes to usage however, but I'd take this version of the Type Cover trackpad over the previous versions any day of the week.

The Surface Pro 3 pen is something very special indeed. This accessory comes included with the device, and is amazing. Microsoft has done a lot of work to make the pen 'feel' like a real pen. It's heavier than previous models, and now has an extra button. One on the top and two on the side. One of the two buttons on the side acts as an eraser, and the other acts as a right click.

The button on the top is a special one indeed. Clicking it will open up OneNote, no matter what you're doing (or not doing) on the device. If the device is locked and you need to make a quick note, just click the top button on the pen and viola! OneNote is open and ready for note taking. The best bit about this is that it saves automatically to OneDrive with a click of the same button. You don't even need to sign into the device. Almost like magic.

The pen is connected via Bluetooth, and can be configured with certain software. You can also chose which version of OneNote the pen opens, whether it be the desktop version of the OneNote app, it's entirely up to you.

Annoyingly with the pen, you can only open OneNote right now. Microsoft says they're working on a way to allow the pen to open apps other than OneNote, but that functionality isn't available right now.

Battery is excellent with the Surface Pro 3. I usually put the device on charge around 7-9PM, and it's on charge until around 7AM. I can get through an entire day with 'average' use. That's email, web browsing, a little bit of video and music. Microsoft claims you can get 10 hours of web browsing out of the device, but I reckon you can get more.

Of course, the battery depends on what you'll be doing with the device. Simple light tasks won't drain a lot of battery, but if you plan on rendering video or drawing a picture in Photoshop, the battery will drain considerably faster.

Moving on to the software side of things. The Surface Pro 3 comes with Windows 8.1, which means you get the beautiful Start Screen and desktop too. Since the Surface Pro 3 is a full PC, it can run desktop applications as well as Windows Store apps. The touch screen makes using the Modern UI a breeze. Apps load super fast on the desktop and within the Modern UI thanks to the beefed up specifications of the device too, meaning you rarely have to wait around for the device to finish loading. Just tap a tile and it's practically already open.

Although the software is great on the Surface Pro 3, it does come with a few problems. Everybody knows Windows 8.1 isn't fault free, and I did suffer from a free hangs and crashes, especially with Internet Explorer 11 and YouTube. This only happened rarely however and only when I was doing multiple heavy tasks at once.

Holding down the sleep/wake button will turn the device off fully, which is the only way you can fix this bug it seems. I imagine this is a bug with Windows 8.1 which can be fixed in a future firmware update, so that's not too bad. But if you're someone who was working on a document without OneDrive and didn't save your work before putting  your Surface Pro 3 to sleep, you'd be outta luck.

Another interesting bug I had to deal with was the WiFi adapter crashing on me. It'd only happen sometimes and only upon waking up the device. The adapter just wouldn't work, it wouldn't search for connections and the troubleshooter couldn't fix it either. Again, this caused for a reboot which ultimately fixes the problem.

Bar these annoyances (rare annoyances too), the Surface Pro 3 works like a charm with Windows 8.1. I can do pretty much everything I can do on my PC with the Surface Pro 3, including video editing, writing and media consumption. The Modern UI is excellent on this device and apps look super crisp and at-home. You definitely cannot get a better Windows 8.1 experience on any other device.

The Surface Pro 3 comes in a number of different configurations for every kind of person. Below is the list of prices and specs:

The Surface Pro 3 is an excellent device. It's gorgeous, built well and altogether a well-rounded device, but could you replace your laptop with a Surface Pro 3? I'm going to say it "depends". It depends entirely on who you are as a person and what you want/how you use a device. The Surface Pro 3 is most certainly capable of doing everything your laptop can do, but with a few more annoyances. The Surface Pro 3 kickstand is great, but it can be fiddly. The screen is beautiful, but some things show up wrong with the high DPI. The Type Cover 3, whilst being a beautiful and capable piece of hardware can have its quirks with the trackpad.

If I had to round it down to a select type of person(s), I'd definitely recommend the Surface Pro 3 to any artists, students and journalists. Video editors (while the device is definitely capable) may want to steer clear considering the sometimes annoying track pad.

Xbox One September update released, lets you play movies from a USB drive and more