Review: Surface Pro 4 - OnMSFT.com Skip to content
We're hedging our bets! You can now follow OnMSFT.com on Mastadon or Tumblr! 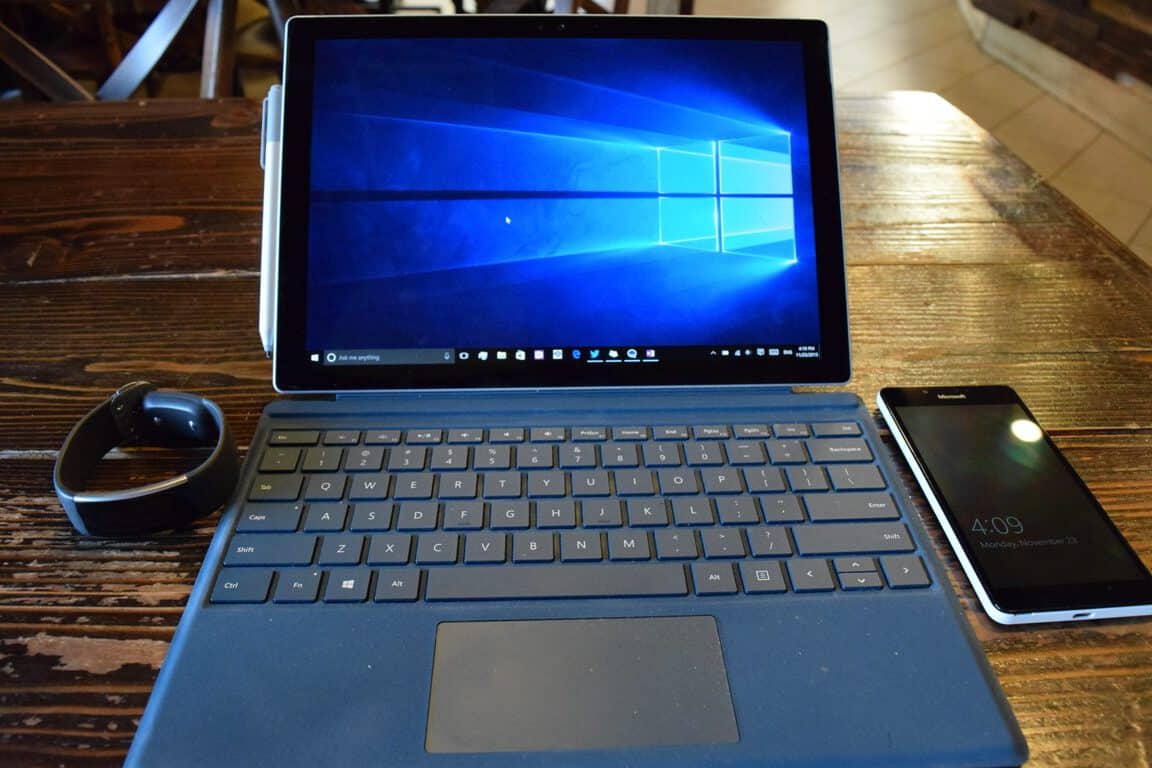 The Surface Pro, since its inception, was always an audacious concept: a tablet that could do everything you'd expect of a powerful laptop. But it wasn't until its third generation that it started catch on and achieve critical and commercial success. With the Surface Pro 4, Microsoft looks to perfect what the Surface Pro 3 started.

The Surface Pro 4 shares the same basic chassis as its predecessor, except for being marginally thinner, lighter, and sporting a larger display by trimming the front face's bezels. This display has been proven to be among the most color accurate in the industry on top of having a higher resolution and pixel density.

Disappointingly, although the device uses the much more efficient 6th generation "Skylake" range of processors (the Core m3, i5, and i7), the efficiency gains are offset by a smaller battery and the higher resolution, brighter display, resulting in similar battery life to its predecessor. My experience with the base model with the Core m3 processor nets me anywhere from 6 to 8 hours on a single charge.

While I can't speak for the performance of the higher-end Surface Pro 4 models, the base model, even with a paltry 4GB of RAM, is plenty fast for all my tasks, including light video editing (through Cyberlink Power Director 14), photo editing (through Photoshop and Lightroom), digital painting (through Manga Studio 5/Clip Studio), and general browsing and document processing, all while being fanless. Even at maximum load, the device never gets warmer than a child's fever. And in the month I've had with the device, I've received the "Not enough memory" warning twice only because Edge went rogue.

One particularly controversial point is on the Surface Pro's mission statement: a tablet that can replace your laptop.

As a workhorse device, it has proven itself more than capable of supplanting a laptop, as illustrated above.

As a "lap" -top, it has proven itself quite usable. I'm very easily able to find a comfortable working position for the device and its attached Type Cover. There are two particular areas where using the Surface Pro 4 on the lap is weak: one is that it isn't quite as stable. While it would never fall off my lap or fail to maintain its position, typing on the limply connected Type Cover makes the overall device wobble, which is quite annoying. The other is that the center of gravity is not within the Type Cover, like it would be on a laptop, but instead much higher, within the tablet body. This makes the weight dynamic feel awkward, and may require a bit of getting used to. Once you are used to it though, balancing it is the easiest thing in the world. 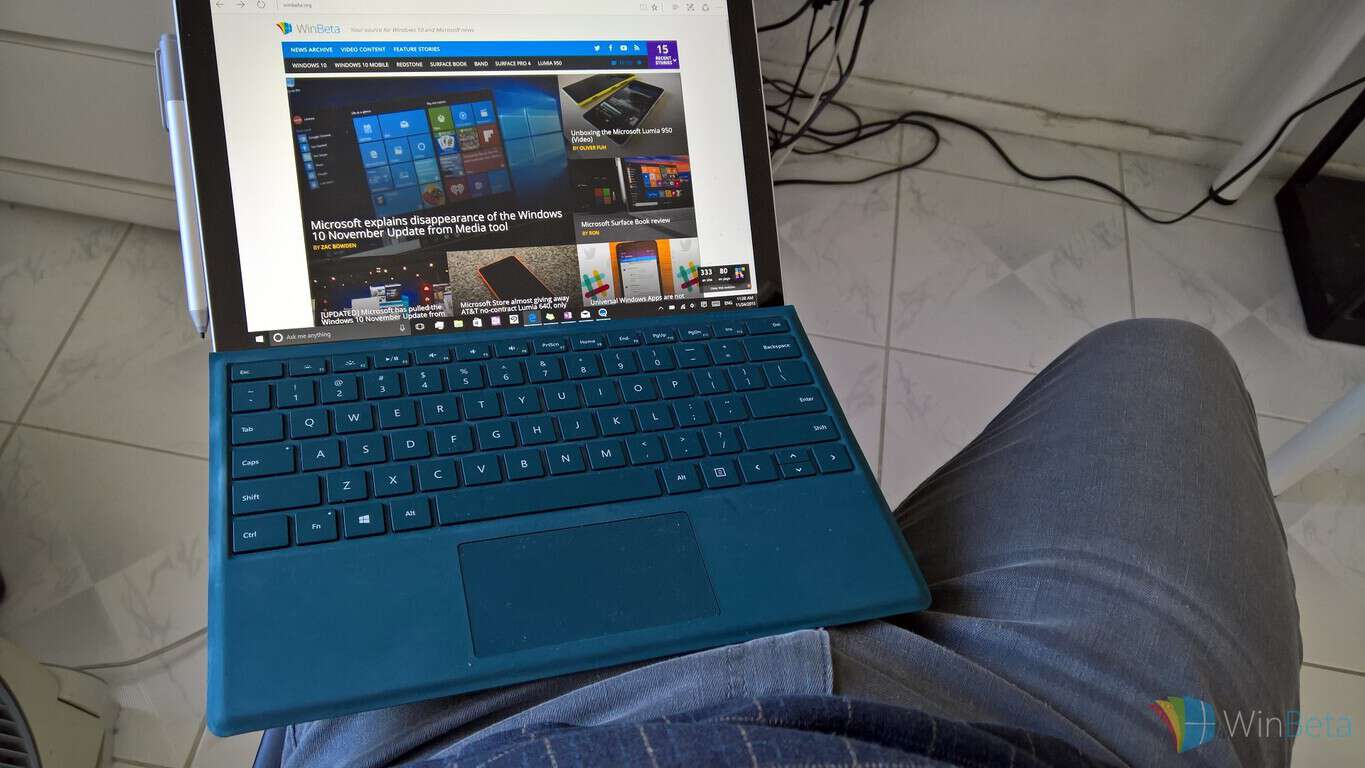 I tend to think of working on my lap as a last resort rather than a first choice. Rest assured that if you need to get work done on your lap, the Surface Pro 4 is plenty capable, perhaps even pleasant if you've come to rely on the touchscreen for quick UI manipulation. If, however, working on your lap is the mainstay of your computing experience, you might do better with a conventional laptop, or even a Surface Book.

As a tablet, it's a little bit on the heavy side, especially compared to the sleek svelte iPad Air 2, but that tends not to matter much as I usually rest my arms against something when using the Surface Pro 4 as a tablet. The kickstand also helps immensely in this regard, depending on the context of my positioning. In resting on in a couch, bed, or otherwise reclined position, the kickstand is a godsend, and makes the Surface Pro 4 far more versatile than a typical tablet. 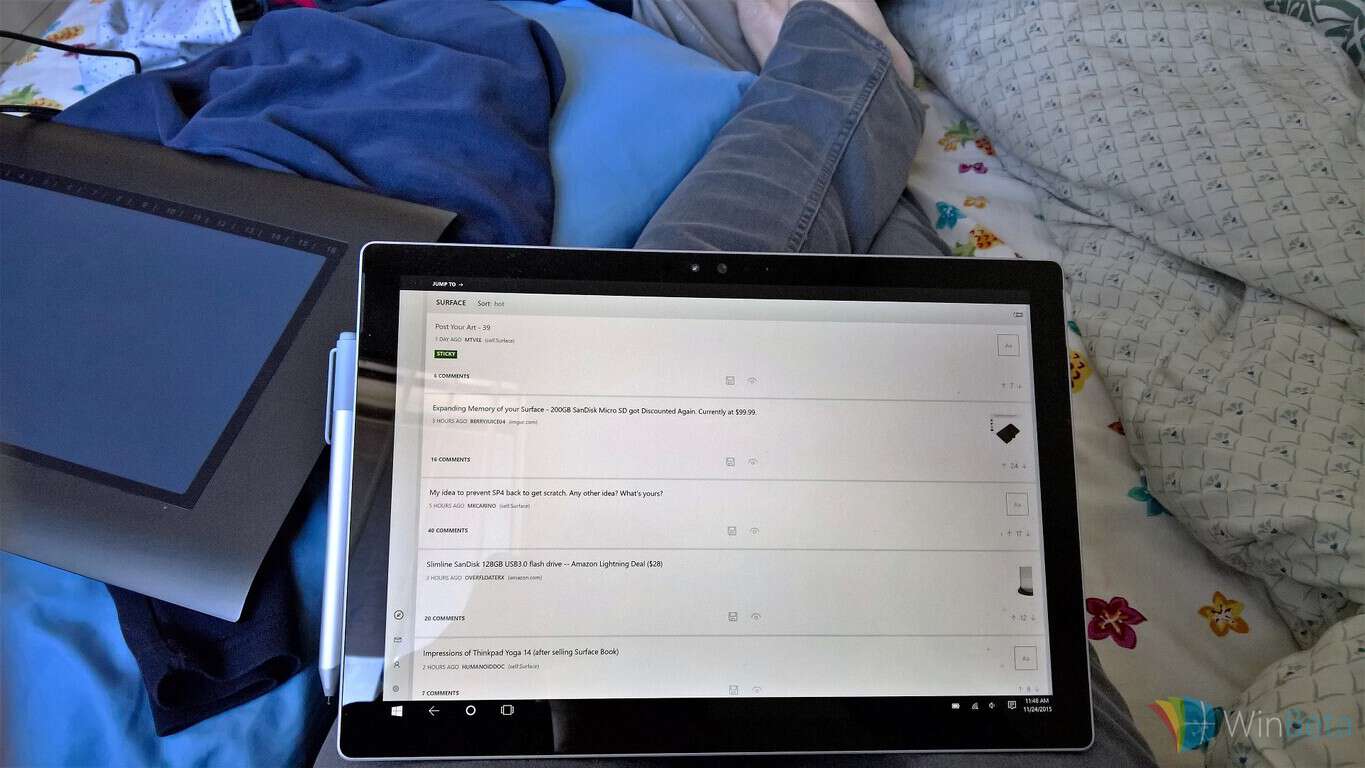 The bigger screen is a double edged sword for touch interaction. On one hand, it makes touching and interacting with the UI much easier, as the bigger screen makes the UI feel much more airy and I feel like I have to reach toward the screen a bit less. On the other hand, typing with the software keyboard is just plain miserable, no matter what style of software input is being used. I imagine this would be the same as on other larger tablets like the iPad Pro. It certainly doesn't help that the soft-typing experience is inconsistent and unreliable when it comes to desktop apps.

The sole exception to this is pen writing input. Among the various styles of software input options available in Windows 10, one of them allows users to write the words instead of typing them, which depending on the context of the task, can be really nifty. The most frequent area where this has benefitted me as a tablet experience was in writing out file names.

The Surface Pro 4 is very good as a laptop, and very good, maybe marginally less so due to the dearth of compelling of universal store apps, as a tablet. But what really sets the Surface Pro 4 apart, what helps it transcend beyond the two incumbent categories, is the clean integration of the pen.

Thanks to the pen's magnetic attachment to the device's body, the pen is always within a clipboard's reach to whatever you're doing. This makes multi-input note taking and content creation (using both keyboard typing and pen writing and drawing simultaneously) a sublime experience, one that I argue the Surface Pro 4 is the easily the best at. The eraser feels very natural to use physically and as a metaphor for input. In OneNote, for example, erasing with the pen doesn't just erase the physical space around the cursor, it erases the whole strokes (thus letters) that the eraser tip comes in contact with, making it super clean and fast to amend handwritten notes. Combine that with the unlimited canvas and a very responsive (albeit not as natural feeling as real pen and paper) pen tip, you get a device that does to legal pads and notepads what the MP3 player did to the CD player: a much faster, more portable, more convenient, and more intuitive way to carry music with you everywhere without any of the drawbacks of physical pen and paper. You can even search through your handwritten notes. 21st century folks. 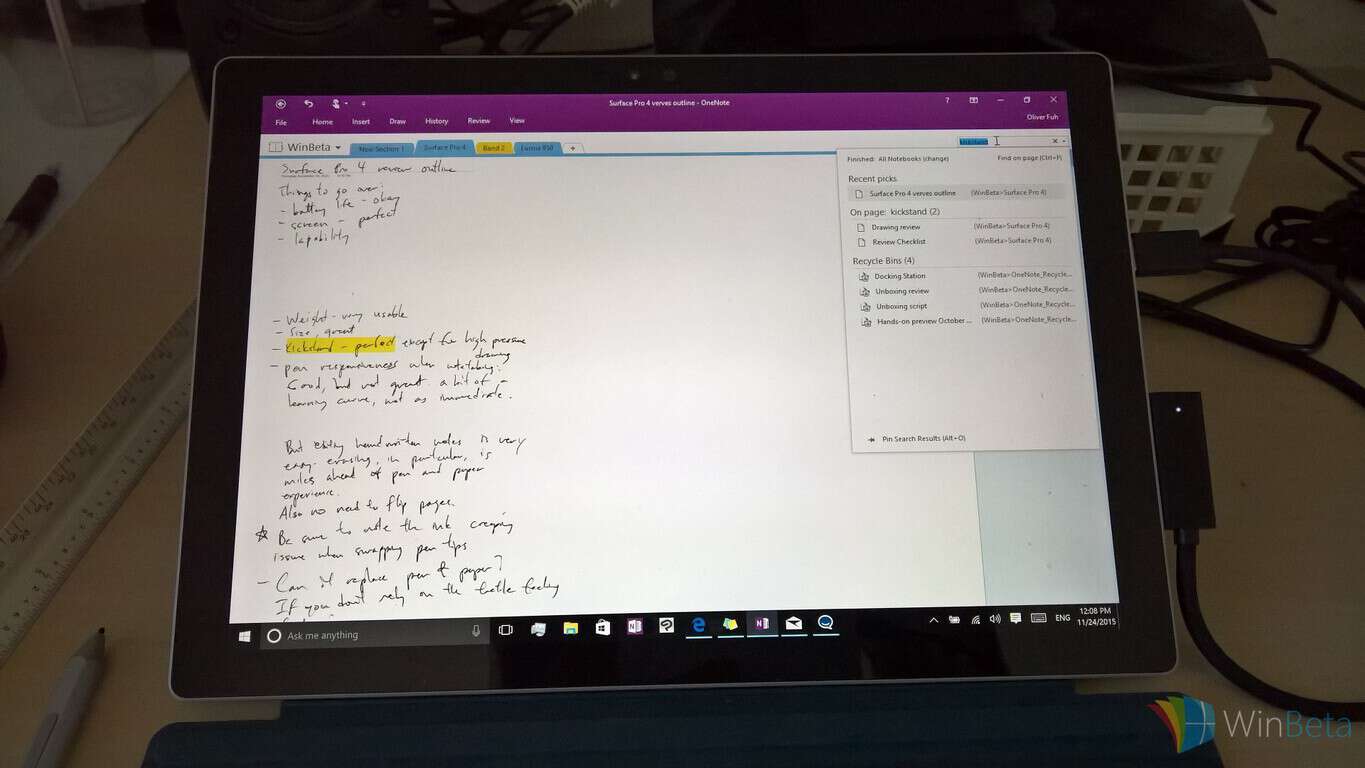 We don't call a smartphone a "phone that can replace your MP3 player, cell phone, laptop, camera, portable Wi-Fi hub, flashlight, portable gaming machine, and so on," because we've long since acknowledged that it transcends all of those, even though it may not be the best at any one of those things. A smartphone is its own thing that provides services incredibly valuable to today's consumers.

The Surface Pro 4 is not a "tablet that can replace your laptop, sketchbook, legal pad, and so on."