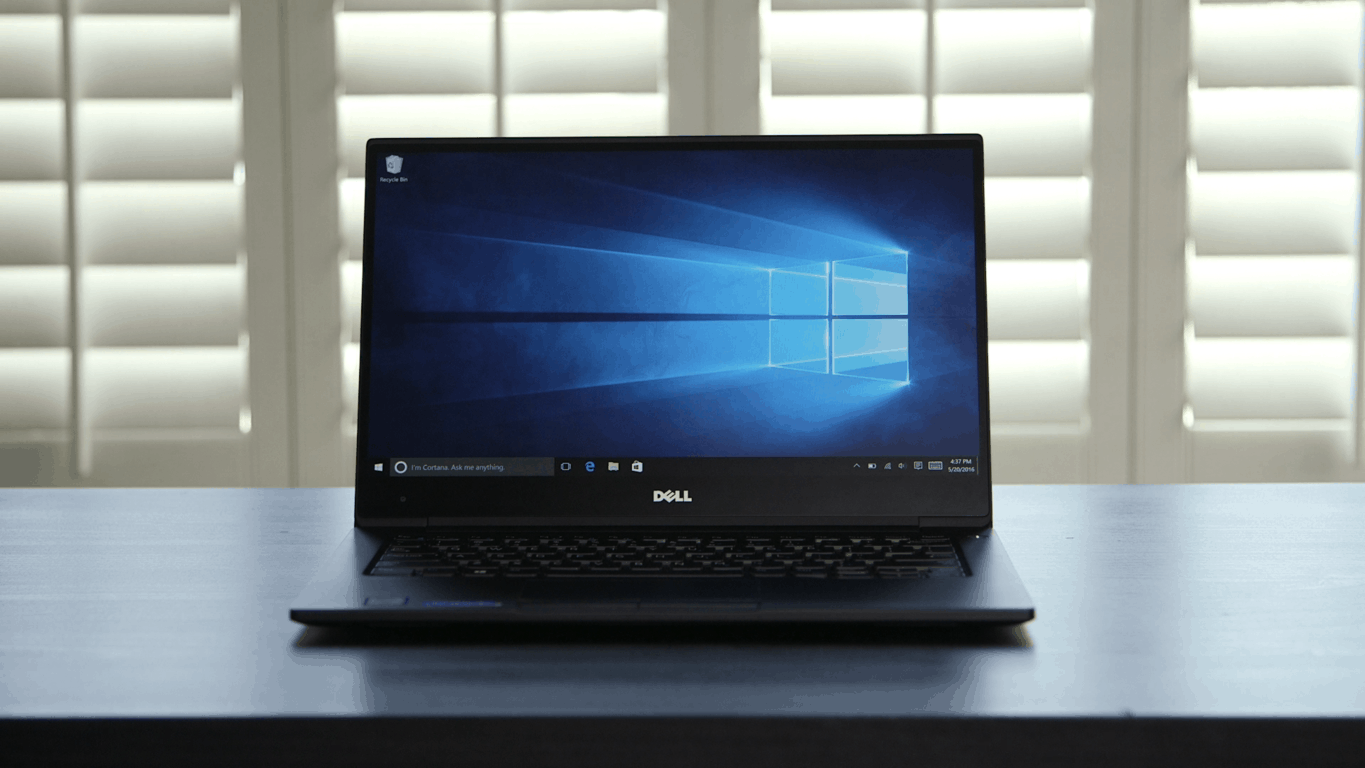 If you missed the initial unboxing, check it out before diving into the full review!

The Latitude 7370 is Dell’s attempt to take the design aspects from its critically acclaimed XPS 13 and XPS 15 computers and throw it in a blender with the less glamorous aspects of a business oriented machine. The Latitude line is not new by any stretch, but the 7000 Series 13” is the first to value aesthetics this highly. Can Dell bring its successes in the consumer PC space back to its business line? For the most part, yeah it can. 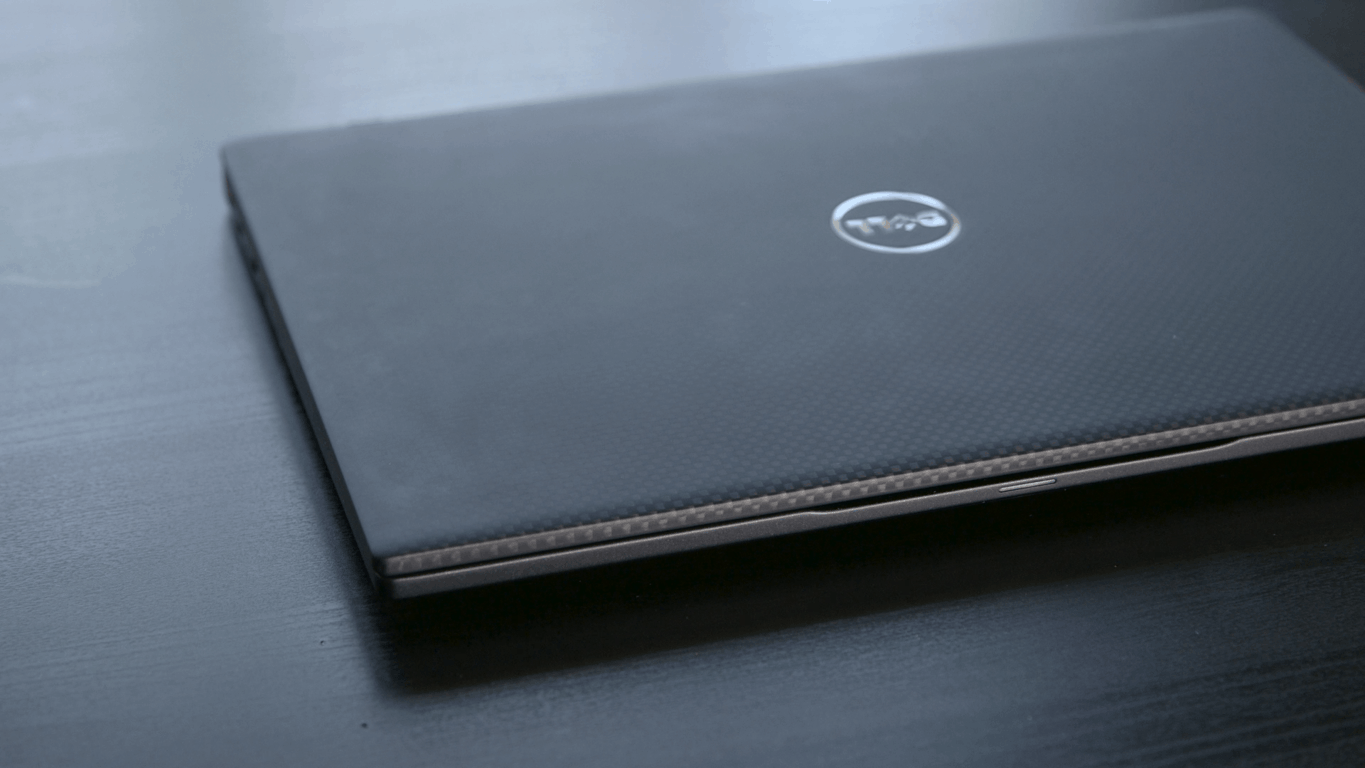 It’s surprising just how similar the 7370 looks and feels to the XPS 13. Looking closer there are several subtle differences, but nearly everything that made people love the new XPS units has been brought over. It really feels like the design the XPS 13 and reworked it with features important for office workers and their IT staff.

The review unit we’ve been using is completely coated in a soft-touch carbon fiber weave. It’s comfortable on the palm rest, making it easy to spend long stretches of time typing and working. The unit is also rated to the MIL-STD 801G standard, ensuring that it’ll handle well in a variety of situations.

We’re not as big of a fan of the carbon fiber coating on the back of the LCD though. It is comfortable to pick up and has an understated beauty to it, but it’s a magnet for smudges and skin oil. There is an aluminum LCD back configuration available for the 7370, but if it’s anything like the XPS line then it should be great.

They both have the InfinityEdge display with options for FHD (1920 x 1080) non-touch and QHD+ (3200 x 1800) touch, but the 7370 has an anti-glare option for both options. The XPS 13 only has anti-glare available for the FHD non-touch configuration. Otherwise, it’s the same colorful and bright screen that we’re used to from the XPS line.

The keyboard is great, as we’ve come to expect from Dell recently; Clicky, backlit, and full of useful function keys. The trackpad is a step down from the XPS 13 in our experience. Dell opted not to go with a Precision touchpad in the 7370, so it has some unique features to it but it lacks that consistency we’ve grown accustomed to with Precision Trackpads. Gestures, especially pinch to zoom, got triggered accidentally on a regular basis, refused to trigger when I wanted them to and there is a terrible Inertial scrolling function that made scrolling incredibly difficult. Once the inertial scroll and pinch to zoom were disabled, tracking and scrolling felt pretty normal, but I continued having trouble getting other gestures to trigger reliably. 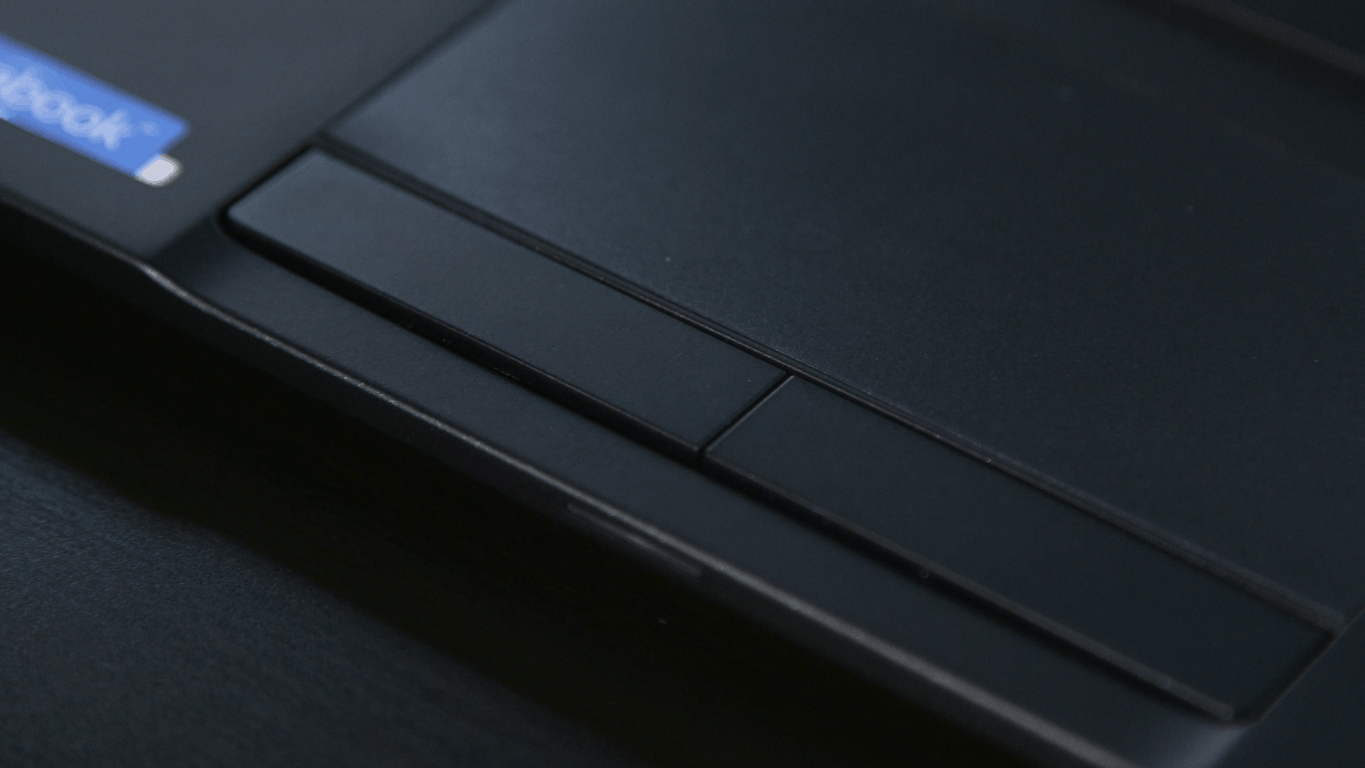 It’s not without its redeeming qualities, though. There are two big, physical buttons on the trackpad that are becoming increasingly rare. They worked well and even had a feature to emulate a middle click when both pressed at once, something that I used constantly. This is not a BAD trackpad, it’s just not up to the quality we’ve found in the XPS 13 and 15.

The speakers are some of the loudest that we’ve heard on a computer this size, but they don’t hold up that well in their quality of sound. Overall the sound lacks low end and over emphasizes the mid-range to make for muddy sounding media and music. It’s pretty obvious that these speakers are optimized for video conferencing and chat, which is great in a business-focused machine, but it won’t be great for anything other than the random YouTube video or movie when there’s nothing else available.

As we’ve come to expect from anything with an InfinityEdge display, the camera placement is pretty awkward and has a tendency to make it look like you’re looking down at whoever is watching. The quality of the camera is serviceable, topping out 720p/30 fps, but it’s easily one of the biggest compromises of the unit.

Dell has included two USB Type-C ThunderBolt 3 ports, Micro HDMI, microSD, Headset, USB 3.0 Type-A, and a Kensington lock. We wish that there were full sized HDMI and SD ports, and another full sized USB port for good measure, but the two Thunderbolt 3 ports are appreciated. The computer actually charges through USB C so it allows you to charge the computer while still leaving a Thunderbolt port open.

The Latitude 7370 also has an option for integrated LTE connectivity, allowing high speed data wherever your cell service will spread. The antennas are integrated into the display bezel, and the LTE modem is an additional purchase to take advantage of them, but the SIM card slot comes on every unit regardless of whether or not it can connect to anything. 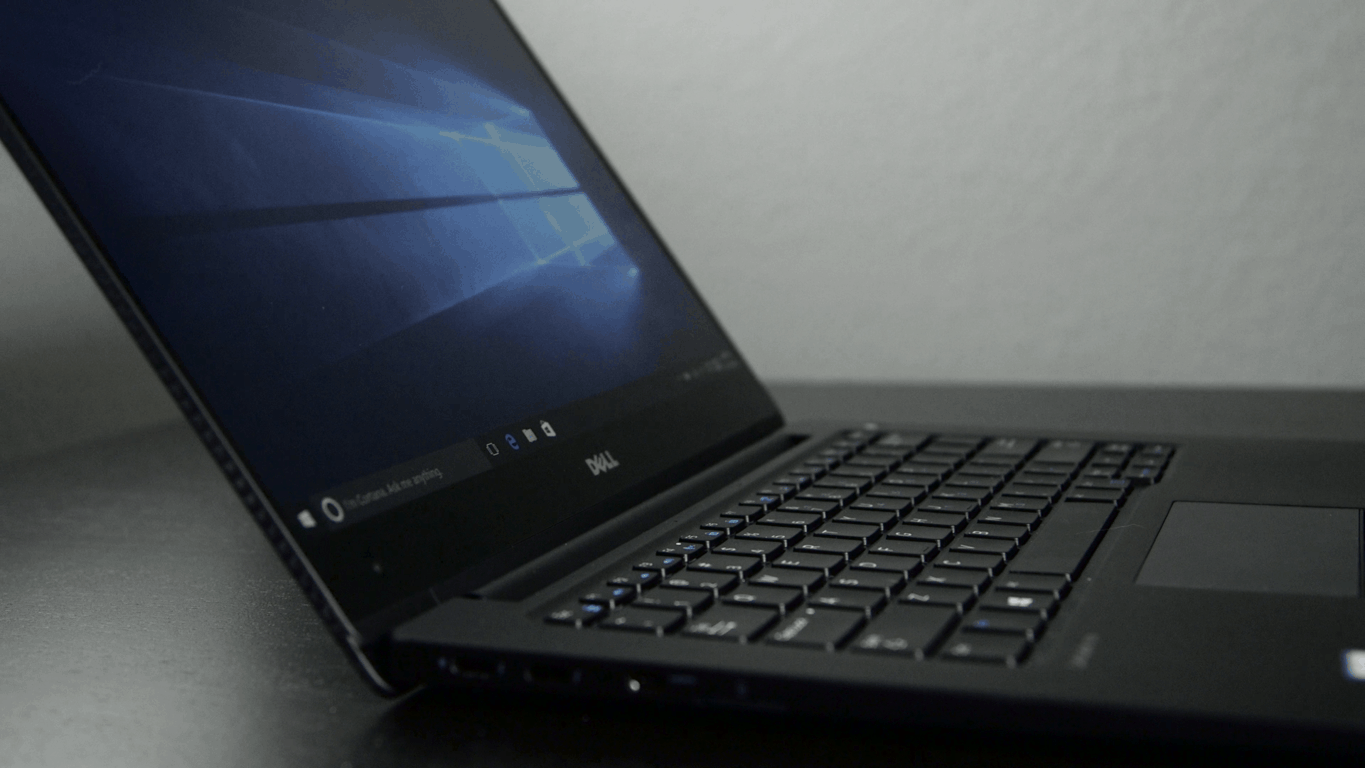 The only CPUs available are in the Intel Core M series, so any expectations of a high-performance workstation need to go out the door. With that said, the Core m5-6Y57 our review unit was speedy and reliable for any day-to-day tasks we threw at it. 20+ tabs in Chrome, several Word documents, PDF documents, chat clients, and other odds and ends ran without any stutters or slowdowns.

Going with Core M processors allowed Dell to make the 7370 completely fan-less, something we appreciated even more after seeing how well it handled day-to-day. It will get noticeably warm, but no warmer than a Surface Pro 3 equipped with a normal Core i5 and fans in similar use. The biggest difference, of course, is the silence. Fan noise is a huge pet peeve of ours and being able to use a silent, zippy computer was an absolute pleasure.

Memory comes in 4, 8 and 16 GB options with all of them using LPDDR3 1600 MHz chips. The Core m3 maxes out at 4, the m5 at 8, and the m7 is the only model that can support the full 16 GB available. Each processor includes Intel’s integrated HD Graphics 515 as the only GPU which fares fine enough in Windows but does show some stuttering with some heavier animations (ex. Opening Windows 10’s Task View).

Battery life is a bit disappointing, with us getting somewhere between 4 and 5.5 hours on average. Screen brightness is generally set at about 33%, wireless active the entire time, doing basic web surfing and document editing. This is by no means conclusive, but we expected some more oomph coming from the ultra-low power Core m5 chip.

Storage options come in 128, 256 and 512 GB flavors, with the 128 being SATA based and the others being NVMe based. Our review unit came with the 256 GB SSD and read-write performance was never an issue. Again, no benchmarks have been done, but it was never a bottleneck in our day to day work with the unit. 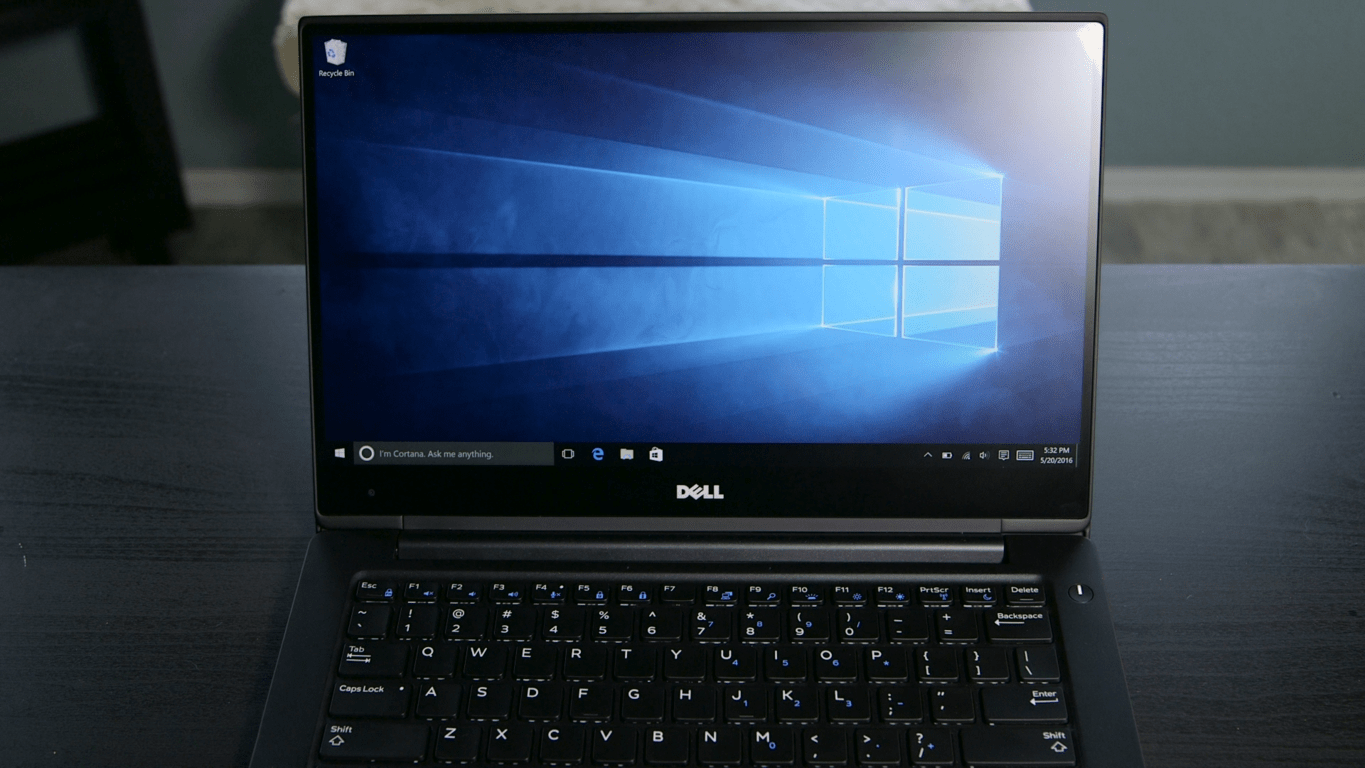 Everything else that makes the Latitude 7000 series a better choice for business than other consumer-focused machines is the rest of what it’s equipped with that most will just gloss over. Remote management and data security are essential aspects of any business-focused machine, and Dell has given a great number of options for businesses to keep track of their assets.

The 7370 can come preinstalled with either Windows 10 Pro or Windows 7 Professional (with an included upgrade license to Windows 10 Pro). Intel’s WiDi 6.0 and IEEE’s WiGig (802.ad) technologies are available as an option to allow for completely wireless docking with the Dell Wireless Dock.

Intel’s vPro specification and the highly configurable U-EFI firmware gives IT the ability to automate and control an even greater amount of the systems out in the field. The Latitude 7000 series also integrates well with Dell’s own Endpoint Security Suite for additional security and management tools.

Trusted Platform Module 2.0, Dell’s ControlVault and Computrace support are available as well for IT to take advantage of. Dell also has an optional smartcard and fingerprint reader that can be embedded into the chassis of the 7370 for increased authentication options for their users. Dell even includes a standard 3-year warranty with onsite or in home service and remote diagnostics.

The majority of these options can be included and not used by most (i.e., myself) with no downsides, but having all of this available is important when trying to keep track of units that leave the office and go out into the wider world. It justifies the extra cost and gives companies the peace of mind that their IT departments have the tools they need to manage their data and their assets. 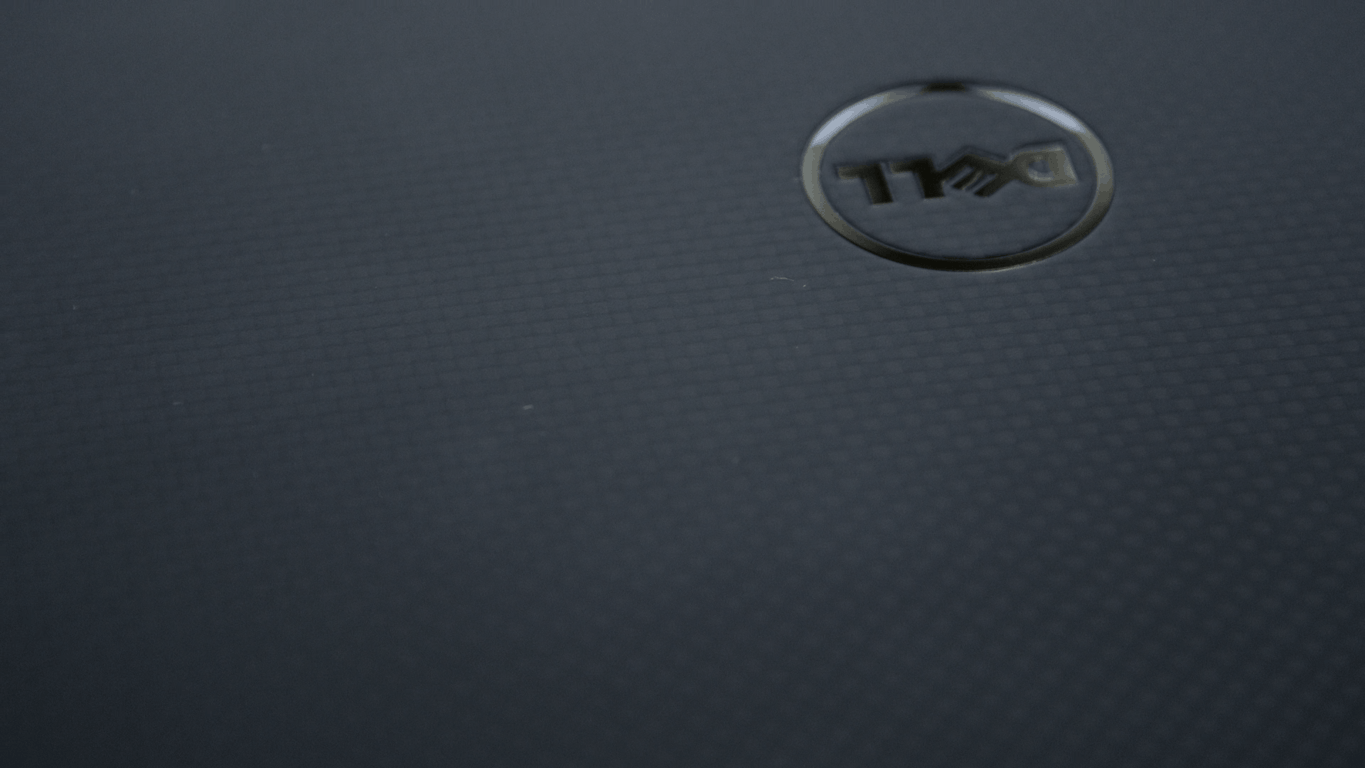 All in all, Dell’s Latitude 7370 is a great machine. It’s gorgeous, performs well and is a great fit for its target audience. Let me reiterate; a great fit for its target audience. This is not a computer that most people would want to purchase for their own use, even if they are primarily using it as a computer for business use. There are a couple unique features, particularly the LTE support and the WiGig/WiDi support, but overall the attraction of a unit like this is that it has powerful security and management features in a computer that is truly a pleasure to use.

It's great to see one of today’s best consumer PC manufacturers make an effort to take lessons learned from that market and translate it over to the business sector. It’s not without its downsides, like the camera and no options for more powerful CPUs, but we can definitely see where the 7370 can fit into the modern Enterprise.