Office 2016 hands-on review: better collaboration in an always-connected world - OnMSFT.com Skip to content
We're hedging our bets! You can now follow OnMSFT.com on Mastadon or Tumblr! 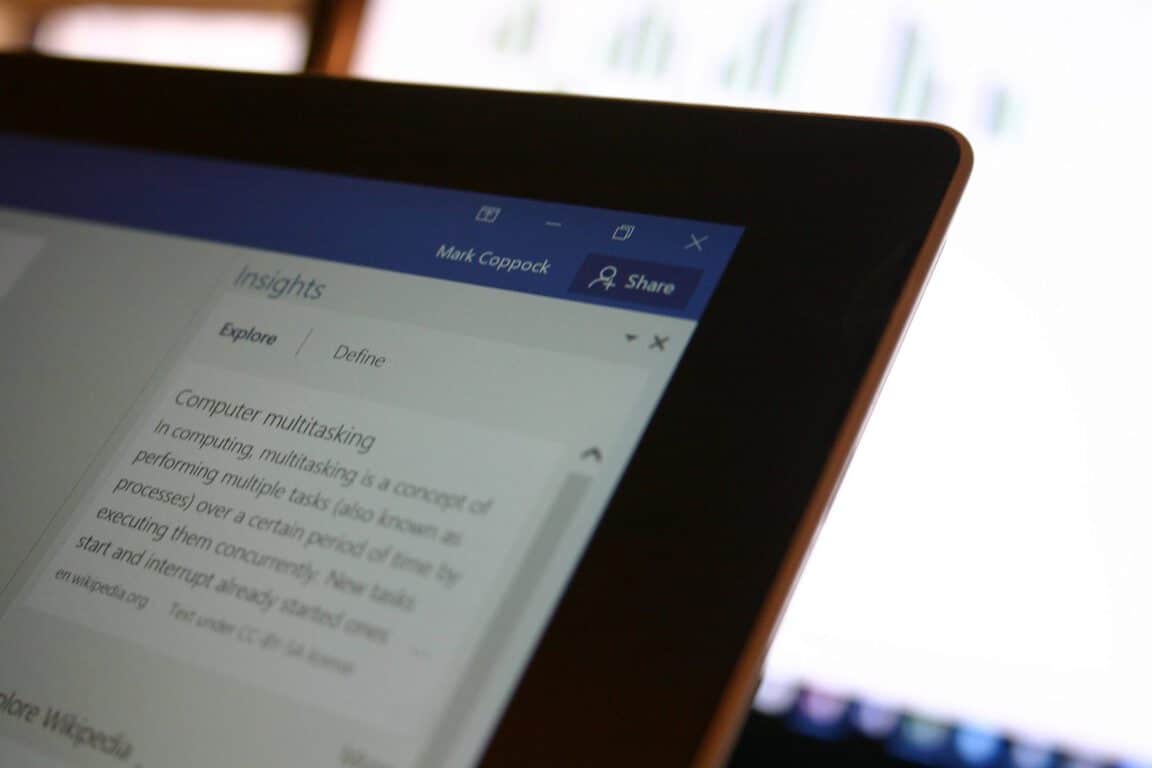 Microsoft Office 2016 has come a long way since the initial Office release in 1990. The massive productivity suite is on its 17th version, and represents the gold standard in software aimed at helping people to do real work.

In the enterprise, at least, Office has never given up ground to the competition, but recently that hegemony has been challenged by some significant market trends that might have seemed impossible just a few years ago. Accordingly, the biggest changes to Office aren't in the software's basic capabilities. When it comes to processing words, manipulating data, and creating presentations, Office 2016 isn't very different from its predecessor, Office 2013. Rather, Office 2016 represents Microsoft's response to some sea changes in the technology industry in general.

The first significant change is to the platforms on which Office is available, rather than changes to the suite itself. In a move that would have been shocking prior to Microsoft CEO Satya Nadella taking the reins, Office is no longer a Windows (and OS X) exclusive. Microsoft has pushed the productivity suite's main elements--Word, Excel, PowerPoint, and OneNote--to every platform that matters, including iOS and Android.

In many ways, Microsoft's platform is now built on Office, not Windows, reflecting a transition from "the Windows company" to "the productivity company." Outside of OneNote, where the iOS client is by far the best designed, the Office Mobile apps are essentially identical in terms of features and are quite similar in look and feel. In essence, it doesn't matter if you're using Office on a Windows tablet, an iPad or iPhone, or an Android device. At least in terms of the reduced feature set represented by Microsoft's competitors in this space, such as Google Docs and Apple iWork, there's no real advantage to running Office on a Windows machine.

This is a review of Office 2016, however, specifically the full-featured Windows version, and in that regard the second most significant change is Microsoft's recognition of the always-connected, collaborative world. Simply put, Microsoft recognizes that people want to work together, and while Office 2013 also allowed for some collaborative editing, Office 2016 now makes it that much easier.

It's also important to note that Microsoft hasn't made this fundamental a shift in a vacuum. The company is responding directly to Google Docs, which has gained significant traction in being a free, albeit very functionality-limited, word processor with collaborative features baked in. Google Docs allows teams of people to edit documents together in real time, and has become a popular alternative to Word. In any event, the biggest question that this review needs to address is this: should you upgrade to Office 2016? The answer depends entirely on what you're using now, of course, and what you need a productivity suite to do for you.

Let's take a look at Office 2016 and see if we can answer that question. Note that for this review, we're only looking at the core Office 2016 applications, including Word, Excel, PowerPoint, OneNote, and Outlook. Various Office 2016 and Office 365 versions include a mix of other applications, such as Publisher, Visio, and Access, but we're going to focus on the basics here.

For the most part, Office 2016 isn't very different from Office 2013 when it comes to the UI's look and feel. Office 2016 assumes a rather colorful scheme by default, painting each application's standard color across the title and ribbon tab bars. The same color scheme is shared by the Office Mobile apps as well, creating some rather distinct branding across all of the platforms that Office supports. Light and dark themes are also available for those who prefer more muted tones in their work environment.

Other minor changes to the look and feel include a ribbon that's just the slightest bit larger than Office 2013 for both mouse and touch users and a revamped list of recent files saved to OneDrive.

Microsoft made the most significant changes to Office 2016 in terms of the collaborative editing capabilities across Word, Excel, and PowerPoint, although just how collaborative varies by application. In all cases, documents must be saved to OneDrive and then explicitly shared via email or sharing link (e.g., sent via Skype). Authoring rights (editing vs. viewing) can be explicitly determined during the sharing process, along with whether or not changes should automatically be shared.

The sharing pane provides updates on sharing status, including who a document is shared with and whether they're in the process of editing a document. User authoring permissions can also be changed on the fly.

Collaborative versioning is also improved in Office 2016 for documents shared to OneDrive for Business or SharePoint. As these documents are edited, earlier snapshots and drafts of documents can be accessed via File > History.

Word offers the most powerful collaborate features, including real-time editing with convenient markers indicating which user edited which material. When all the stars are aligned, edits made by each Word 2016 user show up to all users as they occur. Only one user can edit a paragraph at a time, but otherwise co-authoring is a fairly freeform process.

Excel spreadsheets can be edited in real time only if all users are working in Excel Online, which limits the features available for real-time collaboration. When all users are editing online, every action taken by a user shows up instantly, including more advanced functions like adding a chart to a spreadsheet. The experience is actually quite ghostlike and hypnotizing when many changes are being made at once.

When one or more users are working in Excel 2016, however, only one user can edit a spreadsheet at a time and the document is locked for other users. Collaborative editing in Excel 2016 is therefore a rather disjointed, turn-by-turn affair that's not nearly as interactive and productive as that provided by Word 2016.

PowerPoint 2016 presentations can be edited by multiple users simultaneously, but unlike in Word 2016 and Excel Online, edits are passed along in turn as each user updates their version of the presentation (by hitting the save/update button). The first time a change is uploaded, the user receives a notification (which can be dismissed going forward) that the presentation has been saved/updated, and the changes are then made available to other users when they subsequently hit the update button.

As a user makes a change, other users receive a small visual cue in the bottom-right third or so that updates are available. Clicking the cue performs the same function as hitting the save/update button in the upper left-hand corner.

OneNote has no co-authoring functionality, real-time or otherwise, and so the application relies on shared notebooks for collaboration. Notebooks can be shared via email or a sharing link, and the OneNote 2016 offers the same ability to limit editing as the other Office document types. In addition, OneNote can require users to sign in prior to accessing a shared notebook.

Outlook has no co-authoring functionality, as expected. However, Outlook 2016 offers a new tool, Groups, that business, academic, and government Office 365 users can utilize as an alternative to the distribution lists of yesteryear. Outlook Groups enables teams to engage in conversations, more easily schedule meetings, share files and notes, and make voice and video calls via Skype for Business.

Office Delve is a feature of Office 365 for Business that utilizes the Office Graph machine learning infrastructure to sift through all of an organization's Office 365 resources to present relevant information base on a user's work, team, and permissions. Delve apps are currently available for Android and iOS.

Collaboration isn't the only new functionality that Microsoft added to Office 2016. The suite also includes new help resources and a handy way to check facts while editing documents.

Previous versions of Microsoft Office (1997 through 2003) were cursed with the Office Assistant, otherwise known as Clippit (a.k.a., Clippy). Clippy was considered by many users to be so intrusive and invariably unhelpful that Microsoft dropped the so-called intelligent assistant from future versions of Office.

Fast forward to 2015, and we now have the newest version of an Office intelligent assistant, Tell Me, which sits unobtrusively in the ribbon waiting patiently for a user to ask for assistance. This time, Microsoft seems to have the concept down pat. Tell Me is available in Word, Excel, PowerPoint, and Outlook (and also Project, Visio, and Access for those Office versions that include these applications), and offers up some real help in getting things done. Strangely enough, Tell Me isn't available in OneNote, which holds onto help search as the only option. Tell Me responds to natural language queries, and as long as a query make sense for the given application, Tell Me is surprisingly adept at providing meaningful answers.

Smart Lookup is similar to the "Ask Cortana" feature in Windows 10's newest browser, Edge. Select a word or phrase in a Word, PowerPoint, Excel, or Outlook document, and Smart Lookup will open the Insights pane full of (potentially) useful information including definitions, Wikipedia articles, and Web searches (powered by Bing, of course). Smart Lookup considers the context of the search term within a document in providing its results, meaning it can theoretically tell the difference between, e.g., tree bark and a dog's bark.

As mentioned earlier, the core functionality of each Office 2016 application hasn't changed much in Office 2016. Here's a quick list of a few of the changes that Microsoft did managed to squeeze in:

Microsoft has created an entirely new app for Office 2016 called Sway, a tool that allows even novice users to easily create reports, presentations, and other projects utilizing images, video, and other content to tell an interactive story. Sway takes a look at content as it's added and provides suggestions based on search results to help make Sways more creative. Sways can be shared via links, and the app is currently available on Windows 10, iOS, and the Web.

Another new Microsoft collaborative tool is the Office 365 Planner, a Web tool aimed at offering organizations a new way to enable teams to create plans, organize tasks, share files, and conduct conversations. Based on a corkboard metaphor, called Boards, complete with Cards, Office 365 Planner provides a familiar environment for users to interact and collaborate on accomplished team-oriented tasks. So far, it seems like Office 365 Planner will be released around the Q4 2015 timeframe for Office 365 Enterprise and Education customers.

Should You Make the Jump to Office 2016?

So, now that you've had a chance to check out some of the new features of Office 2016, is it a good purchase (or upgrade) for you? That's not an easy question to answer, of course. If you're part of an organization that can benefit from enhanced collaboration and communication, then absolutely, the upgrade is well worth it. If you're an individual or family user, then things aren't so clear cut. It's entirely possible that the free Office Mobile apps will work for you, assuming that you're using a device with a screen that's smaller than 10.1 inches or don't need to edit documents on a larger device (say, an iPad Pro). In any case, Office 2016 comes with all versions of Office 365, and that can be a relative bargain depending on how many devices you need to support. Each of the non-business Office 365 options include 1TB of OneDrive storage, which significantly enhances the value. Subscription options are as follows (Office 365 for business has its own complicated purchasing options):

If you already have an Office 365 subscription, then go ahead, make the leap. Certainly, Office 2016 is a worthy upgrade to 2013 for those already entitled to it via Office 365. Follow the directions here to upgrade from Office 2013 to Office 2016.

Microsoft is making some significant changes to how it does business, and offering Office Mobile on competing platforms is a serious change in strategy. The collaborative and always-connected nature of the upgrades represented by Office 2016 are further evidence that Microsoft means business when it talks about becoming the technology industry's leading productivity company.