Lenovo’s seventh iteration on its Yoga 7 line is another refinement that brings sublet changes to the chassis design but otherwise middling performance upgrades. The true selling point of the Yoga 7i lies in Lenovo’s pricing and customization range for the laptop.

As the Lenovo Yoga 9i comes in at that higher end of the lineup price wise, the 7i 16-inch settles right in the middle above the 6i AMD versions but also carries the same load of configurable options that brush up against the premium laptop range of computer offerings in the industry.

From improved Intel Arc GPUs to SSD upgrades, the Yoga 7i can be as cheap or as expensive as your current workload requires, and this sort of price flexibility is a welcomed feature of the laptop as not everyone is stuck between choosing a fan busting performance hog or glorified web browser. 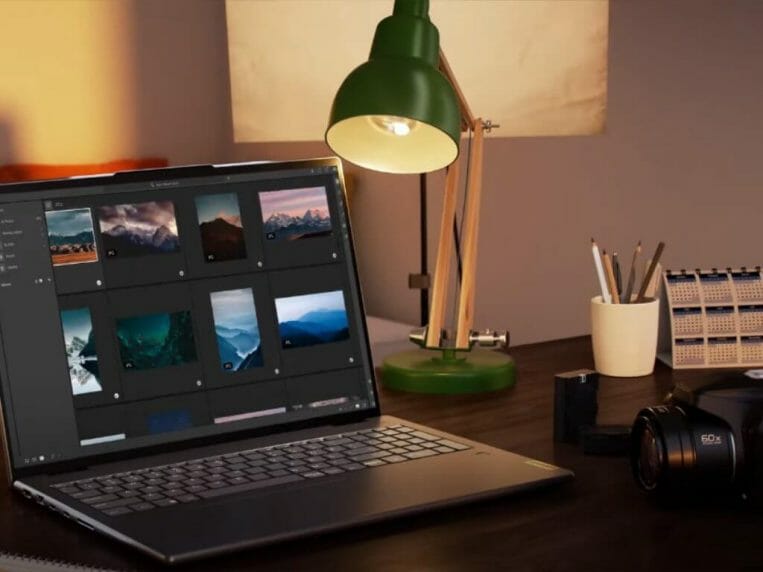 If customers time their purchase just right, they can snag the 16-inch version of the Yoga 7i for as little as $700 depending on configuration.

The review unit OnMSFT received is toward the higher end models of the 7i offered from Lenovo, sporting a 12th Gen Intel Core i7 processor with 16GB of memory and a 512 GB SSD,

We’ll talk about performance on Lenovo’s Yoga 7i as it’s mostly noteworthy in the battery department. Despite having Intel’s 12th Gen CPU on board, the actual day-to-day difference in performance is minimal.

When comparing the Yoga 7i against other similarly configured laptops in the market now, Lenovo’s offering comes in lower to mid rankings routinely. Granted the marker for laptops’ performance has been raised across the board as more OEMs stuff 12th Gen Intel chips into their computers, but as far as the 7i is concerned it’s doing just above average when keeping up with the Jones’. 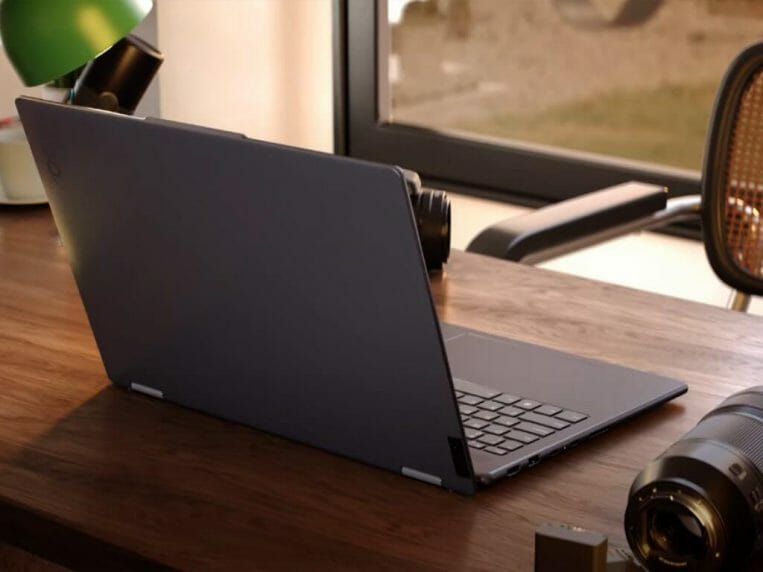 I believe the contention in performance comes with the duration of the testing period for the Lenovo 7i. Opting for the Core-U series processor in Intel’s line means the device is designed for shorter bursts of computing power that can peak with an impressive 30 percent gain over similar computers but tapers off over time and eventually results in more like single digit improvement.

That is all to say, synthetic benchmarks just confirm that 12th Gen processors are all an improvement over 11th Gen but depending on OEM tweaks in software, fan configurations, connectivity technology and SSDs, there’s only so much that can be squeezed out of a individual laptops these days.

Of note however, is that because the 7i is an Intel EVO certified device, the ceiling on cooling and noise is relatively low and thus, the device will throttle performance when unplugged and it’s noticeable. 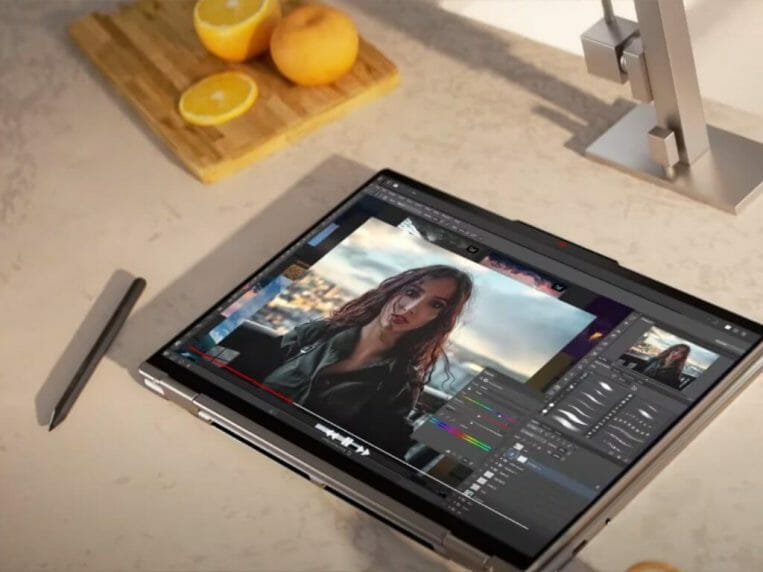 Despite the bump from Iris Xe 96 models sporting the upgraded Iris Xe GPUs leveraging LPDDR-4800 RAM over DDR4-3200 configurations, users may run into issues with dealing with DPC latency which can happen on sites heavy with interactive charts or graphics.

However, for someone in data processing or data work, the system still feels snappy and takes a lot of open programs over the course of a several hours before things need to refresh or feel bogged down.

As far as gaming is concerned, look elsewhere. I suppose unless a device is sold specifically as a gaming device, we can start to cut these anecdotal gaming experiences out of reviews. Yes, you can play the Sims, a little bit of GTA V and even Cyberpunk 2077 (on very low settings) but why bother, when you can almost as easily play those games from the cloud and never worry about taxing the system.

If you’re looking to game on a consumer-grade laptop, you might rethink your priorities.

Moving on to the actual look and feel of the device, the biggest changes are the “comfort design” Lenovo is applying across its consumer laptop line that offers rounded corners on the chassis akin to the iPhone 6.

While Lenovo is not bending its OLED panels like it had in the past, the rounded corners on the lid do help blend the 16-inch 2.5K resolution display into the aluminum chassis very eloquently.

Speaking of displays, the new 16L10 aspect ratio is a welcomed change up from the 16:9, offering more screen real estate for content viewing. Unfortunately, while Lenovo claims 400 nits of brightness, the reality is that the panel looks to peak around 320 in most lighting conditions.

Fortunately, the 7i comes with a full HDMI out port that will let users connect to their favorite monitors for larger screen viewing or potential content editing. The port selection on the 7i remains unparallel on the 16-inch version which houses two USB-A (USB 3.2 Gen 1 port, two USB-C Thunderbolt ports, full-sized SD card reader, and audio/mic combo. 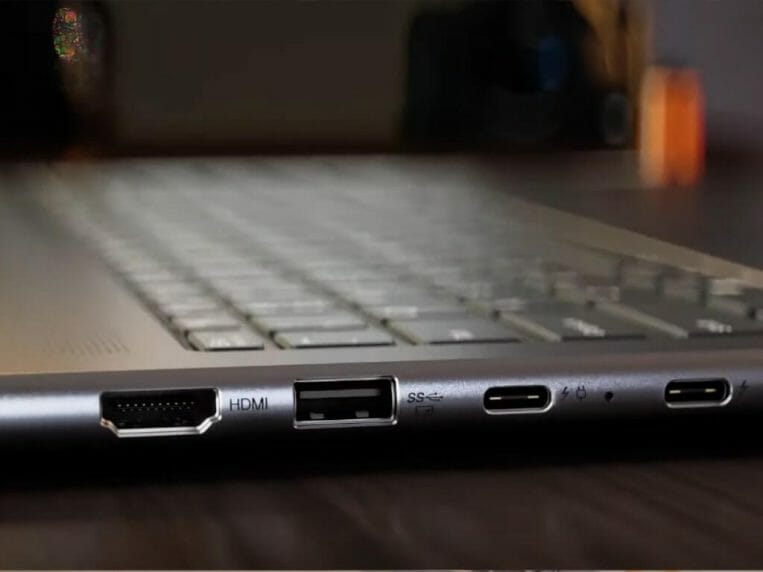 Despite all the cut outs along the side of the laptop, the design remains flush to the eye and touch.

The 16-inc version of the 7i is a bit hefty at around 4 1/2 pounds which made using it in tablet mode just as cumbersome as usual. The rounded corners did help to alleviate the old handling issues a bit as the laptop didn’t dig into palm rests as it used to.

The new Bluish Storm Grey does help the 7i stand out this year, but also picks up fingerprints pretty easily. Fortunately, as easily as fingerprints are absorbed, they can just as easily be wiped away, so it’ll depend on your OCD how much the new color and matte finishes bother you.

As for the rest of the design, the 7i comes with a modern 1080p web cam that supports IR and Windows Hello authentication this year. Lenovo offers some software customizations to tweak the image capture but nothing more impressive than most webcam enabled chat services around.

With the 16-inch demanding more real estate, Lenovo accommodated with a larger touchpad for the 7i that’s increased in size by 54 percent with support for Windows 10 & 11 multi-gestures. 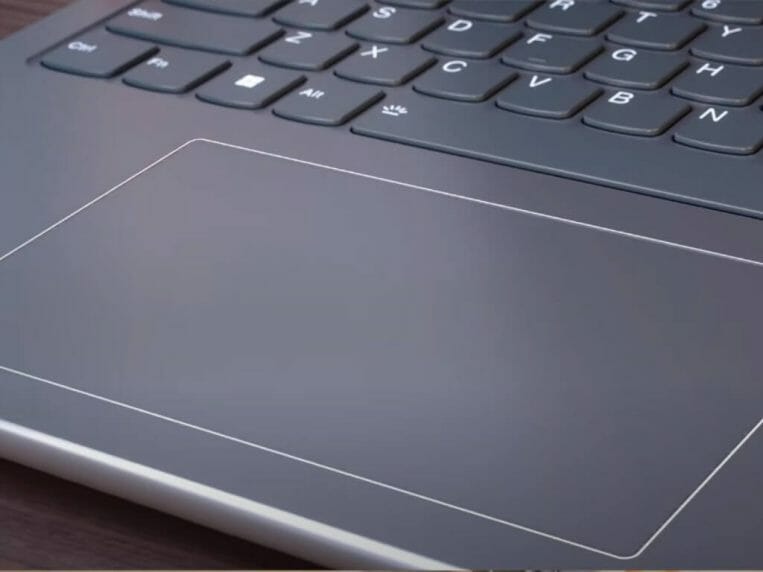 Lenovo also aligned the speakers down the flanks of the device, similar to Apple’s MacBook and the sound is excellent for laptop speaker performance. With 2W woofers and 2W tweeters pushing out unobstructed sound, watching movies, shows and YouTube was rather nice.

The Lenovo 7i 16 is a great laptop for anyone who wants a larger screen but doesn’t want to sacrifice style, I say this as often 16-inch devices can often look and feel like cumbersome stationary devices. The 7i 16-inch looks and feels like a slightly larger version of Lenovo’s flagship consumer 9i laptop.

The 7i retains all the things that make the 9i a flagship while offering configuration options that are a bit more considerate of someone’s budget, while keeping a baseline quality standard. 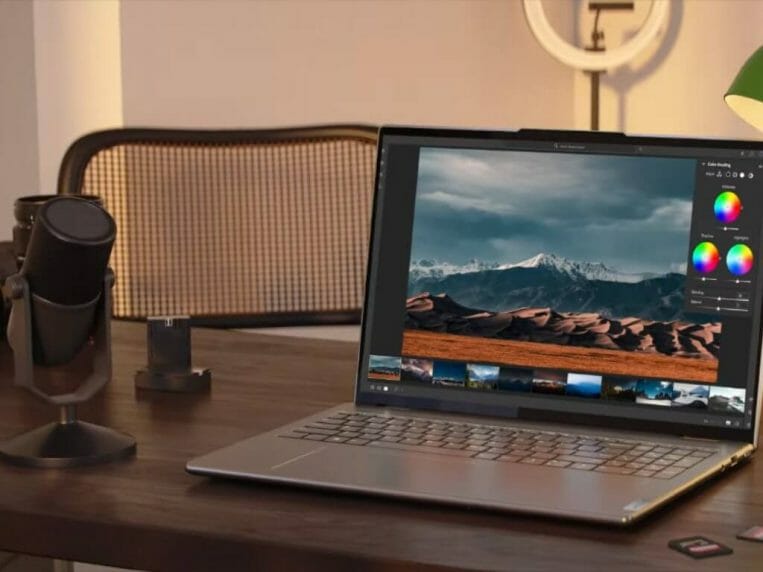 Who the devices aren’t for, are gamers or anyone who uses specialized graphical applications. While a year over year leap a couple of years ago, the Iris Xe graphics still fall short of a content creators’ day-in and day-out dream. The throttling from either the U-Series and EVO specifications or simply Lenovo’s Vantage software also means users will need to be mindful of their usage, especially unplugged.

Here are some highlights of the End of Summer Xbox Sale, live today

Gamescom 2022 kicks off with reveal of Destiny 2: Lightfall