The View is a dedicated Teams box that is designed to be an office (small or large) single point of chat communications and OnMSFT was given two to test out.

In July the View arrived at my doorstep in a pretty large box given the actual size of the product, but never the less receiving something in the mail has become a highlight of my day in this COVID-19 existence.

Out of the box, there was minimal setup with a single power cord connector and the sleekly designed device itself. The actual software setup for home use is a bit more complicated than just logging into your Teams account, as an admin needs to set up a network and issue credentials specific to the device.

The View is a matte black origami-like design full of triangular folds with the bulk of its weight spread across a semi-triangular base. There is a premium heft to the device that discourages continual movement or repositioning over an extended period. While it is no heavier than a Bluetooth speaker, because of its 1/3 glass construction makeup, I didn't feel comfortable with handling it beyond my stationery desktop setup. 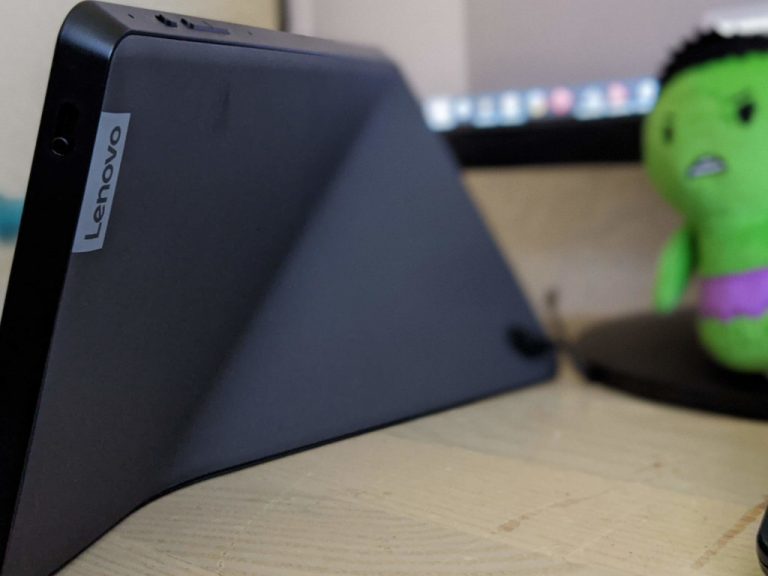 The View houses a 5MP camera with Lenovo's patented Privacy shutter, an 8-inch IPS display, a 10-Watt speaker system, and dual-array microphones with a manual mute switch and connects via Wi-Fi and Bluetooth technologies.

During my time with the View, I tried to run as many close-to-office-life simulations from my home office as possible to get a feel for how Lenovo's ThinkSmart View would hold up in an actual conference room. Fortunately, at OnMSFT, we're Teams enabled outfit, and converting my workflow to the View was painless and, in some cases, a pleasant addition.

It should be noted, much of what the ThinkSmart View offers can be had with a smartphone or PC from home, but in an office where traveling back and forth between the conference room and an office desk could be made cumbersome with extra hardware, a dedicated communications hub is welcomed. 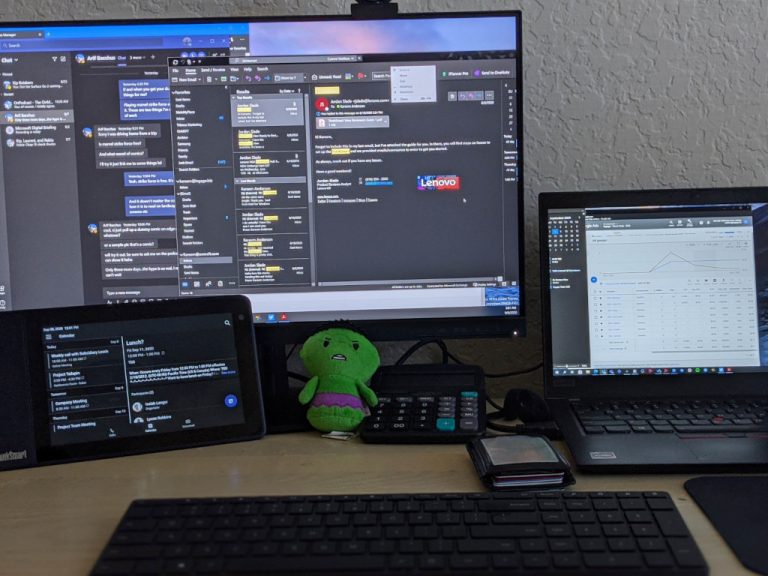 The most important feature of the View is its ability to make and receive calls and from home my tiny home office on questionable Wi-Fi at times, it was exceptional. With dedicated calls, voicemail, and calendar icons that sit in the bottom left corner of the screen throughout most interfaces, making a call was intuitive and easy to accomplish.

Pairing it via Bluetooth to your smartphone or PC also helps with establishing call continuity so you can pick up and end calls across devices.

Once on a call with the View, the audio was also surprising. Instead of the tinny sounds pumped out by laptops, the 10-Watt full-range speaker with 2 passive tweeters the View produced loud and clear audio, and testing on the receiving end the audio picked up by the 360-degree microphone array proved to be similarly unobstructed. 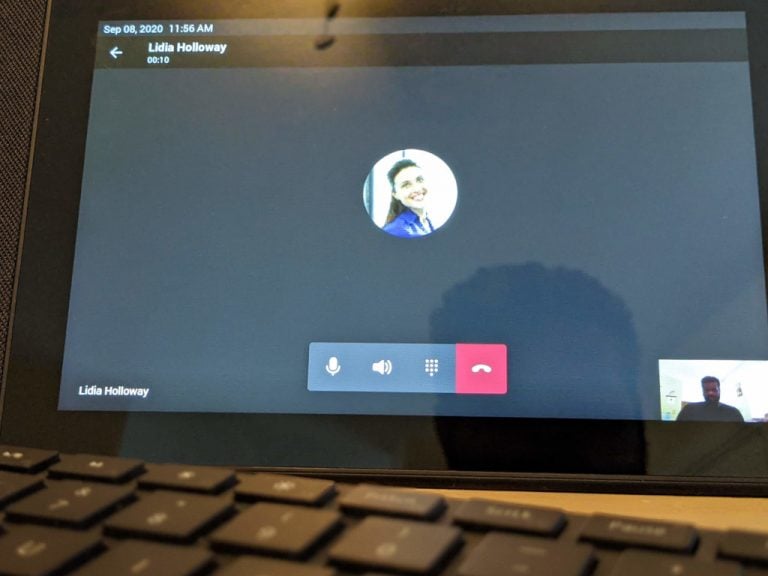 The interface of the View is broken up into three parts that include a dialer screen, a call screen, and a calendar screen. As far as previous chats or shared files, there is limited support for those interfaces, but the bulk of the View's use cases rely on quick calls and video meetings that leverage a company's Teams network.

In a world where several mainstream consumer devices are being outfitted with Zoom support, new Teams dedicated communications hubs feel like a natural progression. However, the Lenovo ThinkSmart View is not as consumer-friendly as say a Google Nest Hub or Amazon Echo and seems to shine more at a conference table than on a home desk. 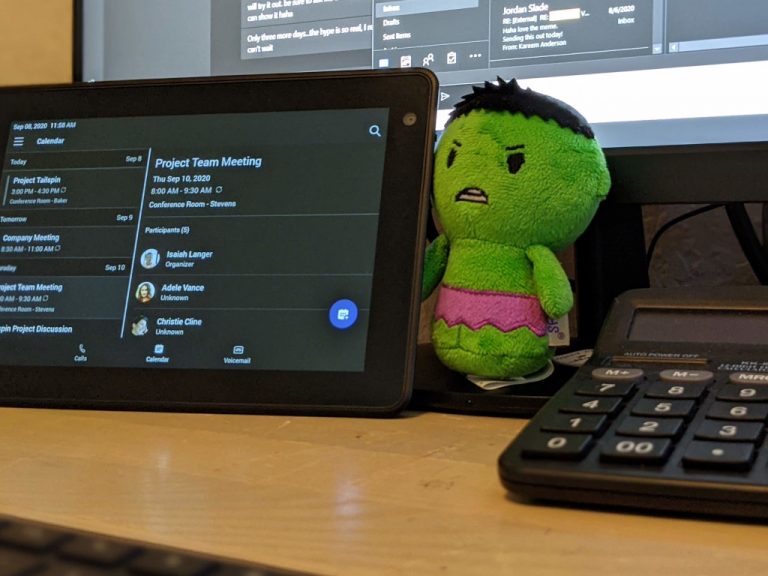 Prior to social distancing mandates, conference rooms were in need of simplified tools that mitigated the number of fail points during meetings and the ThinkSmart View helps massively in that department. Unfortunately, the conference room has quickly evolved to be practically whatever device can host an app and a decent webcam, and in that world, the ThinkSmart View becomes a super niche device at a steep price point. For the enterprise, a $350 communications hub is par for the course, and one that abstracts the growing clutter of chat apps has a place in business, however, I just think it's bad timing for the ThinkSmart View to be rolled out.