Lenovo ThinkPad Yoga L13: An IT Pro's alternative in a pinch

Lenovo is back with an addition to its L-series lineup of laptops with the ThinkPad L13 which offers mid-level performance and specs for  IT pros on a budget. Starting at $677 (not accounting for partnership or wholesale discounts) a small-to-medium-sized business can outfit its IT staff and arguably its in-office employee base with a fleet of L13's that offer a customary productivity experience.

For a little under $700, customers get a convertible device with an i3 Intel Core 10th gen processor, 4GB DDR, 128GB SSD PCIe storage, integrated Intel UHD graphics, and a 13.3 FHD touchscreen display. However, for a few hundred more dollars businesses can upgrade to the specs I reviewed that make the L13 the pitch hitter purchase I think makes more sense for staff on a relative budget.

The L13 comes with typical industrial ThinkPad design elements that include the matte black finish, u-shaped chicklet style keyboard, infamous red-nipple, dual button trackpad clickers above the trackpad itself, 80-20 screen to body ratio bezels and patented three-point 180-degree hinge mechanisms for full 2-in-1 convertibility. While the L13 lacks the refining touches of say a ThinkPad X1 Carbon or the commercial polish of the Ideapad lineup, it does offer some improvements on the company's traditional SMB offerings. 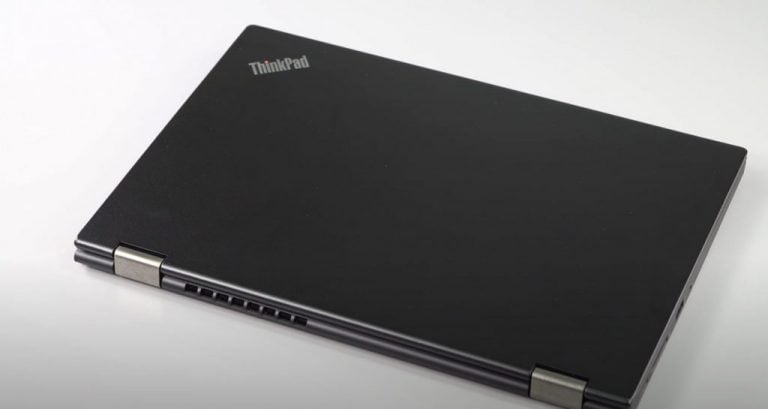 The L13 Yoga weighs roughly 3 pounds but its rigid chassis eliminates any flex in the frame when pressing on the body, keyboard, or screen. While most of the parts are soldered on, there are easily accessible screws under the body for battery replacements or storage upgrades, after the fact. The L13 won't win any design awards anytime soon, but its understated design adds to its no-nonsense look that works well when tossing it into a non-descript satchel or backpack for on-the-go IT troubleshooting.

As part of the design, Lenovo opted to keep to its tried and true industrial style that also enables a breadth of connecting options that include a full HDMI port (that's awfully convenient when working from home on and HDMI monitor), dual USB-A ports, micro-SD card slot, 2 USB-C gen 1 power delivery, display, and data transfer ports and a traditional headphone and mic combo.

The L13 offers up to 4 different spec customizations that include 10th Gen Intel Core i3, i5, and i7 processors as well as varying storage and memory options. The unit I was given came with an Intel Core i5-10310U processor with Pro and up to 4.40 GHz and Turbo Boost spread across 4 cores and 8 threads. Memory on my L13 topped out at 8GB DDR4 2666Mhz, while storage maxed at 512GB. The remaining specs aren't much to write home about such as the 720p HD webcam, 13.3 FHD touch display, or the integrated Intel UHD graphics chip that stuttered on almost every game I attempted to play, including the measly Streets of Rage 4 for Xbox Game Pass members. 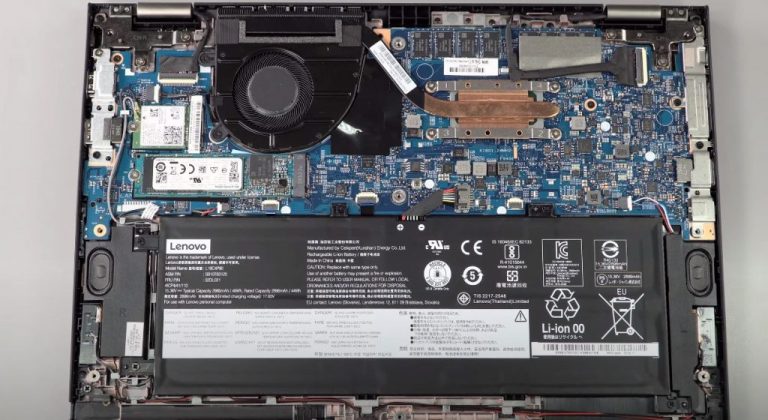 However, in everyday use as a work-from-home device the L13 services pretty well. The Cometlake chipset onboard took care of most of the computational tasks and needs I had but its throttled graphics performance often rendered the machine sluggish at times unlike an Icelake chip might have done. I was able to run several Office 365 applications such as Word, PowerPoint, and Excel while also pushing a VPN connection and populate several Google Ads accounts in open Chrome tabs long before I saw any processing slow down. Yet, when I would open up GIMP for some quick spot-check graphics work, I would have issues transitioning in and out of apps, load times would sometimes double and some applications lost all responsiveness and would require a restart.

In an 8 hour workday from start to finish, I could regularly get the fans whining noticeably loud and heat up my makeshift work desk several times, but for the typical spot-fixing and VM workflow of an IT crowd, the higher end L13 models should fare decently in day-to-day use.

Lenovo seems to have made it a practice to squeeze as much value into the box of each purchase and continues to do so with the L13. Customers get, out of the box, the dedicated pen that sits housed in a little silo near the bottom front of the keyboard, a relatively snappy fingerprint reader for extra security and webcam shutter switch for added privacy. Each of these extra features work very well. The dedicated pen is useful for doodles, highlighting figures in charts, and even navigating parts of Windows when the device is in tablet mode. I'm not sure how much use an IT professional will get out of the pen, but regular employees might enjoy the convenience when document signatures are needed or they forget their notebooks at their desks during meetings. The convenience factor of using the pen is also extended to its rechargeable nature. Customers no longer need to hunt for their coveted AAA battery stash, as placing the pen back into its discrete housing also recharges it. 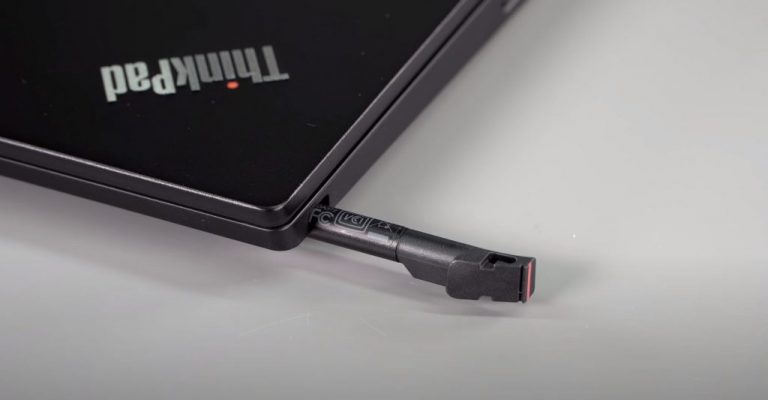 As for the keyboard, it's a standard Lenovo ThinkPad keyboard. The rigidity of the chassis makes for a nice typing experience devoid of mushy button presses or flex points in the center mass. Key travel is springy and the U-shaped chicklet design was a nice contour for my rather chubby digits. Spacing was nice and the sound of key presses was understated in a good way, there was also a two-step backlighting setting for keyboard making it a convenient choice for late-night typing. The trackpad was ok, there are points near the corners where more pressure needed to be applied to register a click, or oftentimes multiple taps were necessary to get an action done. I haven't really found a use for the red nipple in any of my tests or reviews, but it's there for customers who make use of it, it feels sturdy and moves the mouse around the screen as I suspect it's supposed to.

Regarding the fingerprint reader and webcam shutter, they're both usable. Personally, I would rather have had the option for an IR that made use of Windows Hello during this time of COVID-19 and work from home, but the fingerprint reader was serviceable and fairly reliable. There were some instances in which I need to touch my finger to the reader several times from different angles, but it would eventually grant me access. 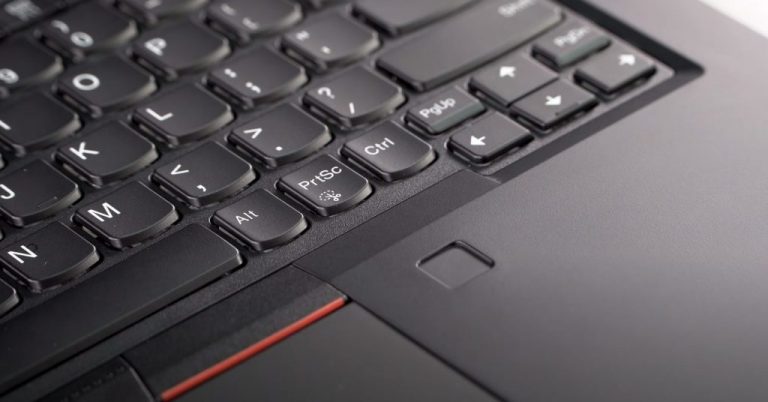 The webcam shutter came in handy in allowing me to join a call with video but grant me some extra seconds to tidy up a background or center my video better. The webcam shutter also makes for a foolproof way to make sure you're not on camera when you don't want to be regardless of what conference software list you as.

I used the L13 as my main workstation while I worked from home, and it did everything I needed to. Occasionally, there was bit of a bog down when flipping back and forth between VM environments, but I blame that mostly on me also running some rather unstable Windows 10 Insider builds. All in all, Lenovo's ThinkPad L13 is a great device for its price. I don't know what kind of wholesale deals SMB's get for devices like this, but I could see an entire office outfitted with these laptops and get the most out of its convertible build, processing power, and built-in security features. The one thing I didn't mention during my review earlier was battery life, and that's because it's nothing to write home about, literally. I saw 5 to 7 hours off the plug, but when working from home, that gets a bit skewed as I believe it would be when working in an office, eventually. The L13 wasn't a road warrior for me, but when used as a stationary workstation it shined. The quick charge feature was also a reason I didn't have to point out battery life because within an hour of charging I was back up and running, rarely missing a beat. 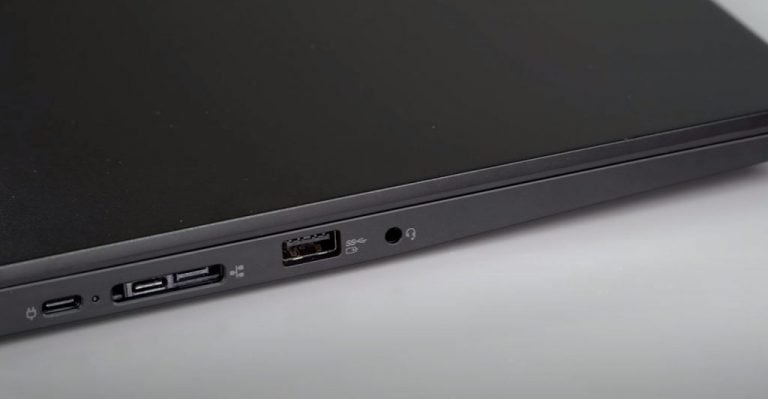 I'd recommend it to anyone looking for the bare minimum, in a good way. The L13 isn't a designer laptop, but it has everything a user would need to get their work done such as a decently vibrant touch screen, pen for notetaking, ok battery life, latest chipsets for a boost in processing output for more demanding Office 365 tasks, and a plethora of I/O for connectivity. There is very little to be negative to be discussed about this laptop. I think any business looking to outfit its IT staff or single pro would benefit in handing them an L13. It's lightish, portable, and gets the job done for under $1,000.

Recommendation: Buy, but with office-oriented uses in mind.

How to convert between units using a Windows 10 PC