In a time where everyone is roughly their own independent contractor while working from home, the Lenovo ThinkPad X1 Titanium Yoga offers an executive experience like very few laptops can.

The Lenovo ThinkPad X1 Titanium is a flossy silver notebook that weighs less than any other previous or current ThinkPad laptop and that includes the newly released Nano. As such, the X1 Titanium is patently designed to be used by the more mobile employee who’s often in meetings, doesn’t need bleeding edge processing and who might weigh presentation over productivity. 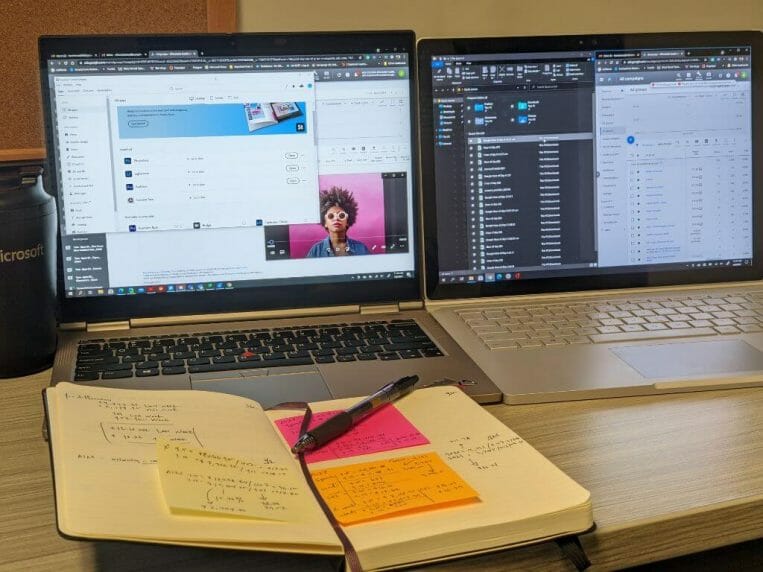 The new X! Titanium carries the same branding as other ThinkPads and for most durability standards achieves a similar hardness to its exterior as its thicker laptop cousins.

However, the immediate departure from matte black to the more noticeable Titanium colored lid denotes a conspicuous effort to stand out from the crowd. 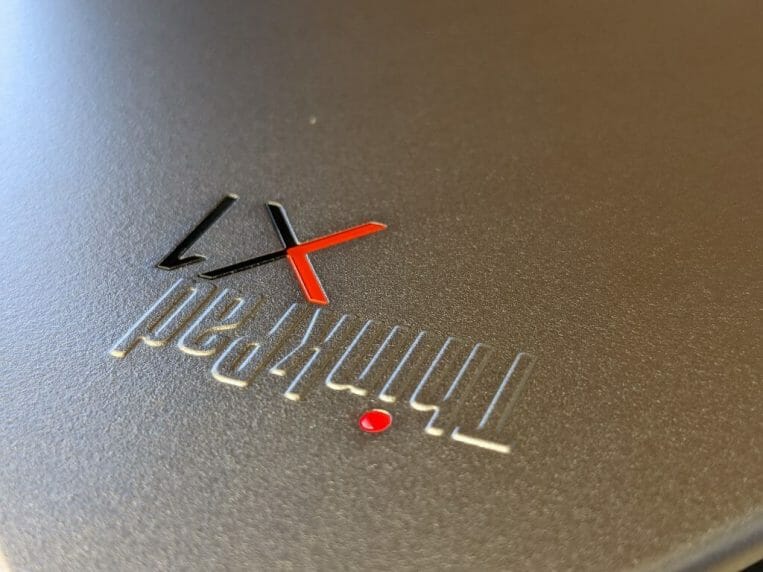 Couple the visual distinct color scheme of the Titanium and its ultra-portable weight of 2.5 pounds, the X1 Titanium isn’t meant to simply rest on a desk or homogenize with the average desktop setup.

A noticeable caveat is that the X1 Titanium has way more flex to the chassis than other ThinkPads which appears to be a result of the lightweight materials used in its construction.

Fortunately, the X1 Titanium isn’t just a pretty package, it packs most the accoutrement needed for productivity as well as ushering in the much needed 3:2 display aspect ratio for optimized productivity.

The X1 Titanium is a Lenovo Yoga class laptop which means its screen can be folded back close to 360-degrees of rotation. While I’ve found the Yoga branding and marketing to be more a tangential feature of Lenovo’s laptops, the Titanium’s incredibly reduced weight had me using its ‘tablet mode’ more often than I’ve done on any other Yoga-like device in the past.

The keys are still readily present when holding it in tablet mode and will always seem to take some getting used to but once that is overcome or at least acknowledged, using a 13.5-inch Windows tablet can be pretty useful.

At 13.5-inches and sporting a 3:2 aspect ratio with anti-reflective and anti-smudge technology allowed me to view more web content in both desktop and tablet modes when pairing windows side by side. 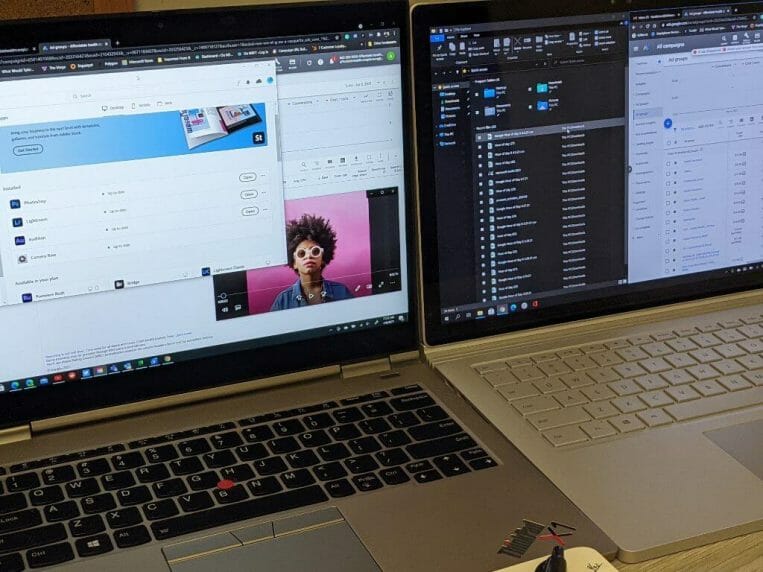 The executive who spends 2/3 of their day triaging emails, PDF’s and Excel reports, the Titanium’s elongated display ratios will be much appreciated. In addition, the 450 nits of brightness (indoors) should help with eye strain as well as its QHD resolution which comes out to 2,256 v 1,504 pixels.

Unlike other ThinkPads, the Titanium has a textured tactile lid that is very different than the chalkboard-like feels you get from other ThinkPads. The lid of the Titanium feels bumpier than previous Thinkpads, and as such, offers a grippier feel in hands.

Moving beyond the exterior, the Titanium packs the infamous 11th Gen Intel Core processors with configurations up to an i7 vPro and is crafted alongside Intel’s new Evo platform standards.

Once again, the inclusion of a vPro enabled processor makes its top choice for Fortune 500 companies who may look to deploy these laptops to the top brass who weed through mountains of macros-enabled Excel sheets or 80+decks of PowerPoint proposals or presentations.

While I was able to squeeze out the same sort of performance, I normally get with most other ThinkPads, another reason I equate this device to executive arm candy is its limited port selection. Similar to a MacBook, the Titanium only offers 2 Thunderbolt 4 ports, a Kensington lock slot and a headphone/mic combo and that’s it. 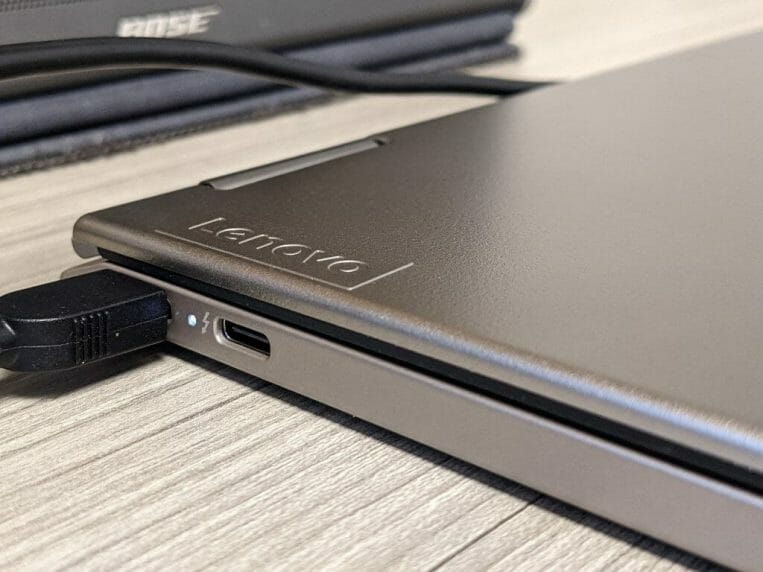 Most productivity workers tend to need USB-A and HDMI ports from a device that’s powering their daily workstation. Yes, dongles and adapters can be used and, in fact, I used many, but its normally the executive whose connectivity needs are as limited as the Titanium’s.

In addition to its limited port selection, the Titanium sacrifices the familiar keyboard tactical feel. Key travel is capped at 1.35mm and is noticeably different than that of other ThinkPads but it’s definitely passable, but not for extended amounts of time. 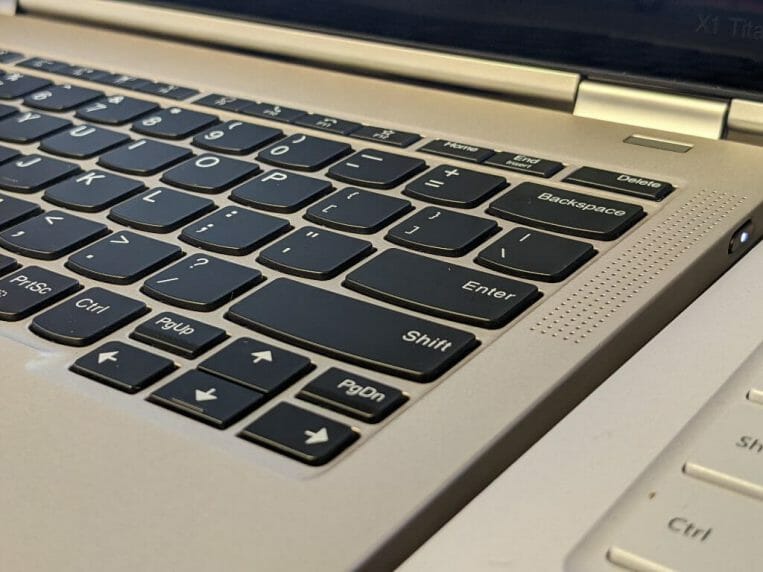 As my day job, I work in marketing so I have a hybrid management and cubicle workflow so I was able to enjoy the benefits of the power packed into the ThinkPad X1 Titanium as well as its focus on portability. Unfortunately, in its efforts to market its wafer-thin design, its airflow suffers and as a result, it comparatively comes up short to similar competitors. 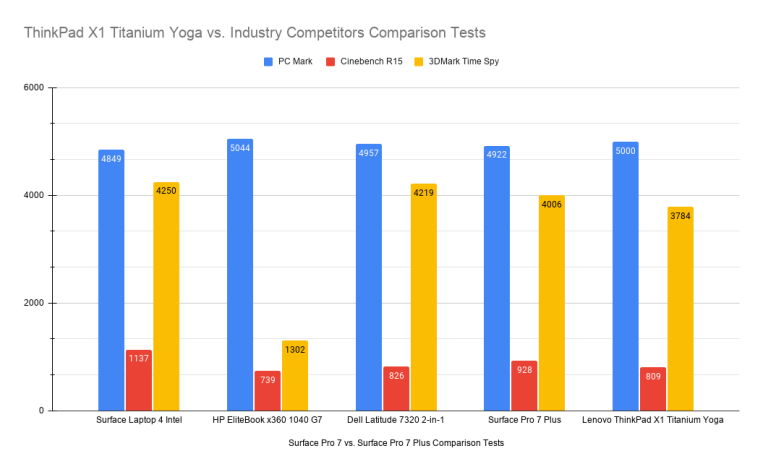 When testing generic content-creation workflows, the X1 Yoga holds it owns against some of the best, with its easily scoring above 4,000 in the PCMark benchmarks. The PCMark benchmark synthetically test items such as word processing, spreadsheet triage, web browsing, and the all-important video conference.

When it comes to stressing the CPU and the cores to render complex images, it’s a step above the HP Elitebook but comes in fourth among its competitors. Cinebench R15 does negate some of the gains in GPU performance that Intel’s 11th gen chip boots, but with all things being equal the CPUs are relatively the same across the board and the X1’s performance may be due to throttling that happens when the fans kick up on the device. 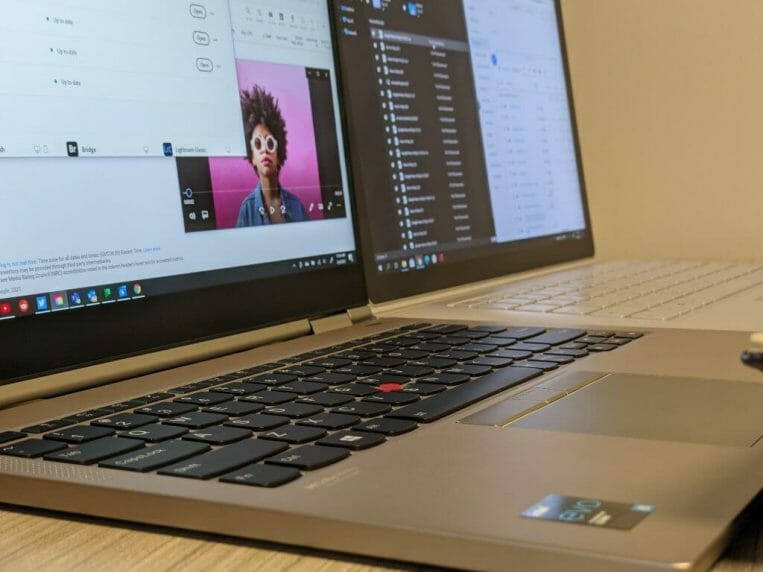 It should be noted, none of the devices tested are gaming PCs but most can used for an extremely casual video game experience. Thanks in large part to the Iris Xe Graphics processor from Intel, the Surface devices performed slightly better but the X1 can be used to play games such as State of Decay 2, Wasteland 3, Red Dead Redemption 2 on super low settings for a couple of hours.

As for battery comparisons, the HP Elitebook outlasted all devices at 19:02 hours and the X1 Titanium Yoga came up second to both Surface devices which lasted over 14 hours a piece. The X1 Yoga does a decent job at a smidge over 14 hours in a battery drain test, but when working on devices full time, screen time on the Titanium Yoga topped out at just under 12 hours and the Surface lasted over 12 hours.

As I said before, the Titanium is a ThinkPad for the most part but in its pursuit of more casual features it differentiates itself from its cousins in ways that feel excessively premium. The reduced weight is appreciated but at the sacrifice of a familiar typing experience, quicker throttling of the CPU, tiny audio (the drivers are limited in space presenting a tinny auditory experience), and flex in the chassis, the X1’s tradeoffs feel better suited for a highly productive executive than a content creator, coder, or process professional.