After 10 generations of the ThinkPad X1 Carbon, there is very little new to say about the C-level suit laptop beyond its yearly spec bump.

Lenovo has refined the Carbon line to a precise add value of flexible performance and corporate style in a relatively svelte package, and they have been doing so, for quite some time now.

With its 10th generation X1 Carbon, Lenovo opted for familiarity once again in the design while stacking the laptop with the latest Intel 12th Gen Core processor under its 3-year-old Evo Ultrabook spec.

As I previously stated, there isn’t much to the design story here for Lenovo’s tenth generation X1 Carbon as the same 11-point Mil-spec hardware arrangement is present for this latest entrant.

Buyers familiar with the C-suite laptop design will find little surprise with the X1 this year as the same matte-black finish is once again present alongside the Carbon fiber lid, slim profile that weighs roughly two and a half pounds, as did last years, and the same bezel profile surrounding the 14-inch display.

Lenovo is offering up to seven different display options when configuring the X1 at its website that includes WUXGA, 2.2K, WQUXGA and AGARAS pushing 500nit of brightness on the higher end models as well as a choice for OLED fans. 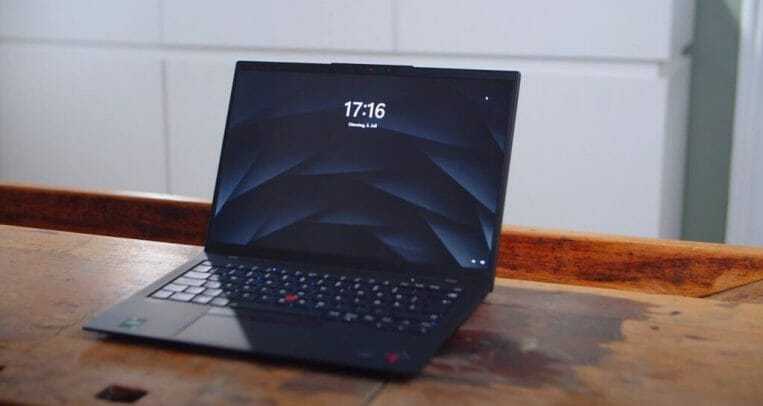 The return of OLED is welcomed by those of us who do more than review documents, approvals, P&L reports and the like. OLED is a welcomed addition for content creators who need a bit more clarity for creating graphics, video, signage and more, that will undoubtedly be viewed on mobile devices.

Aside from the resolution, many of the display options come with Lenovo’s new Eyesafe low blue light technology out of the box as well as a minimum of 400nits of brightness.

Another note on the display conversation is that Lenovo is once again issuing a 16:10 panel thankfully, which should give all users just a bit more content real estate.

Continuing with the “classic design” theme, Lenovo packed the tenth-generation model with a similar bevy of port options it has been doing so with older versions that includes two Thunderbolt 4 ports, full HDMI 2.0b slot, 3.3mm audio, and still making use of two USB 3.2 Gen 1 Type-A connectors. 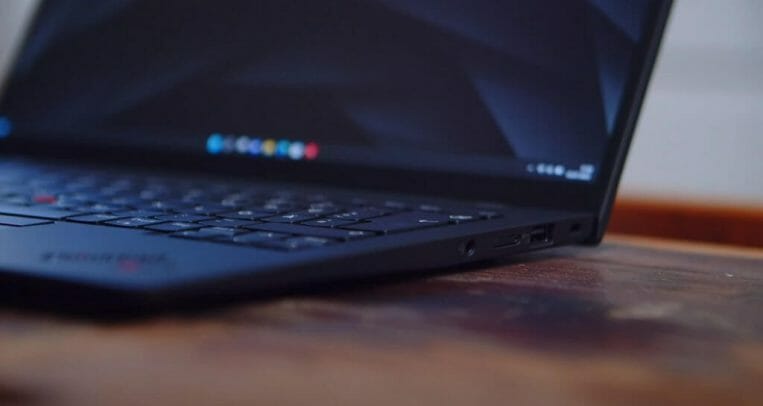 While the weight, overall dimensions, materials and construction remained unchanged from last year, Lenovo did improve the camera speed on the ports by upgrading the spec as well as drilling into improvements for the webcam.

In 2022 Lenovo moved from 720p into Full HD territory for the built-in webcam. While the upgrade is a nice addition, it’s still a webcam trying to squeeze water from a rock at 2.1MP versus some competitors using a full 5MP capture. 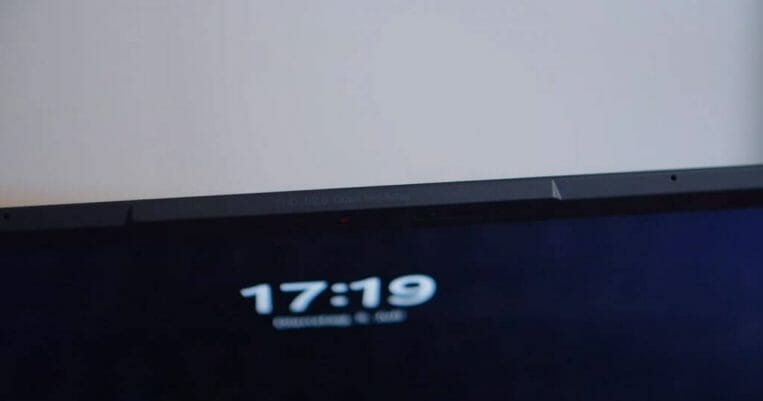 Images were relatively clear but colors were muddled when taking a video call outside of studio lighting.

Lenovo also took a tiny chisel to each of the keys on its refined keyboard deck that now offers a bit more space between each.

As for the trackpad, Lenovo continues to insist on tacking on the two buttons above the glass trackpad despite other ThinkPad versions moving to the more modern haptic design. 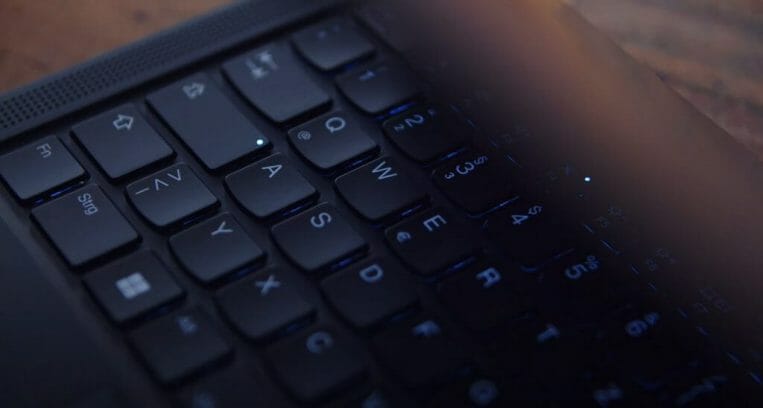 At the end of the day, it’s almost the same matte black box it was last year, and the year before that.

Lenovo uses an Intel 12th Gen Core processor that attempts to utilize hybrid architecture between efficiency cores and performance cores in both its P and U-series chips.

Unfortunately, after reviewing several 12th-Gen laptops this year, it seems the balance between performance per wattage could still use some tweaks by Intel to squeeze out better on-battery performance.

However, there is a clearer distinction between P and U-series performance that is presenting itself, which buyers can more easily interpret for their use-case. 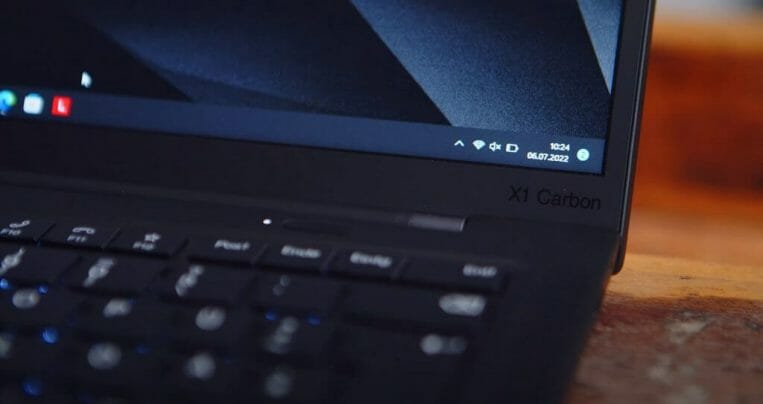 For the executive user, someone who is sifting through reports, triaging email, conference calling, and light data editing, the U-series is more than enough power that can is easily portable, while actual data processors, IT Admins, virtualization warriors and content reviewers, the P series offers a bigger jump in performance while sacrificing battery and ultimately battery performance.

I’m not sure why Lenovo continues to insist on this under-the-laptop heat dispensing design that makes lap use of a laptop unbearable sometimes. The ThinkPad X1 Carbon continues to push out heat through vents located under the laptop and the overall effect seems to be self-defeating at times when not enough heat is released thus forcing the fans to fire for longer. 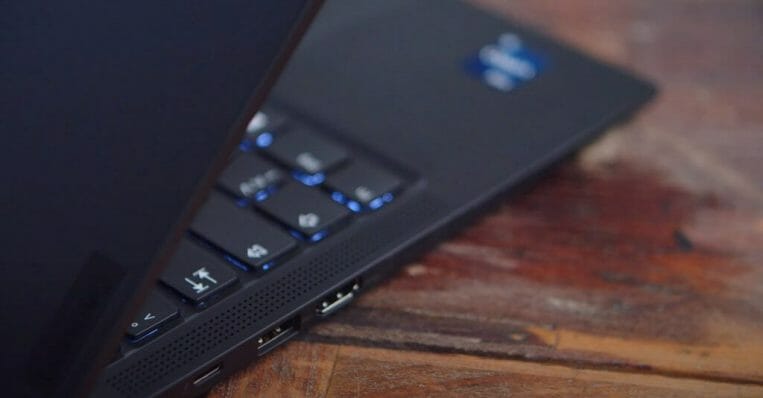 With the fans whining and the laptop looking to cool the 12th gen chip, there were plenty of times the laptop offered less than impressive battery life when simply executing some of those C-suite level operations.

The Lenovo X1 Carbon has become a sub-brand of its own that comes with similar perceived benefits and drawbacks as any other. The X1 name continues to exude quality, portability and mid-level performance with an overall executive design.

Not much has changed in the tenth generation to move the needle for anyone looking for something different or for those who have become comfortable with its reliability and performance.

I’d recommend the tenth generation to anyone who has already used an X1 in the past but not for many other people as Lenovo’s new Yoga line design is more enticing and the company’s Extreme and P-series have aped the X1 look and feel while also offering a ton more performance flexibility with a bit more heft.

How to recover deleted folders on Outlook