As one of a handful of companies arguably tasked with in modernizing the concept of the beige work box year after year, I sympathize with Lenovo. There is only so many specs and casing designs you can unveil before you hit a wall.

Fortunately, Lenovo isn't quite there yet.

With the ThinkPad P1, Lenovo has managed to squeeze just a bit more excitement out of the potential of its ThinkPad line.

While there is the X-Series for the corporate executive or traveling salesperson, the T-Series for your bulk cubical employee consumption, the E-Series for warehouse or field workers, Lenovo appears to be modernizing its P-Series for a life outside of the work environment. 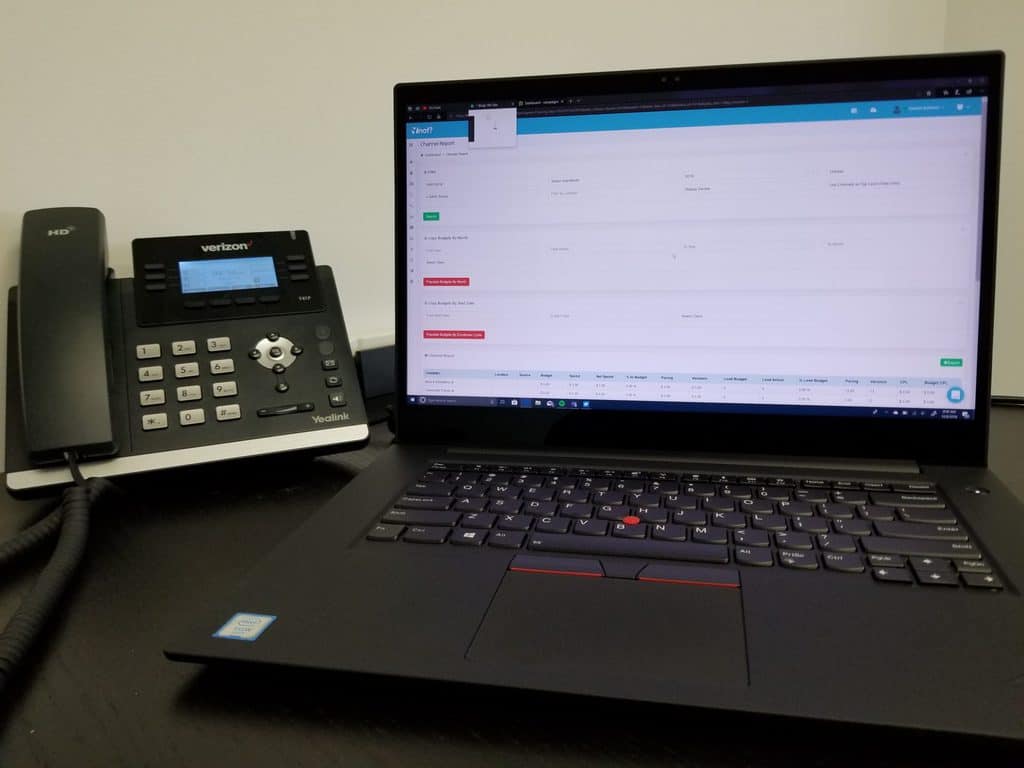 I tested Lenovo's latest ThinkPad P1 laptop and it was a pleasurable niche experience.

Instead of my usual listing of good and bad items I find with a device, I'm going to try a different review style where I focus on the companies declarative selling point and to see if the product delivers on that. Sure, I'll list specs and overall experience, but if a manufacturer claims best-in-class display or super long battery life, I'd like to center a review around those claims.

Lenovo claims the ThinkPad P1 is "our thinnest and lightest workstation ever." As a law school dropout with six months of tort knowledge under my belt, I can say Lenovo is absolutely correct in its claim of the P1 being their lightest and thinnest workstation. At 18.4mm and 3.76lbs managed to make a 15-inch laptop not feel like a crumpled up lead vest despite housing a 4K touch panel and an 81 watt-hour battery.

Tossing this 15.6-inch laptop into my usual carry was a bit of a new experience and a challenge as the backpack I got from Microsoft's Ignite conference has an interior laptop sleeve designed to hold a 13.5-inch laptop. Disregarding the sleeve, and tossing the laptop into the large body pouch section was a fine alternative, but leaves the laptop to fend for itself against scratches and dings from other objects in my bag. 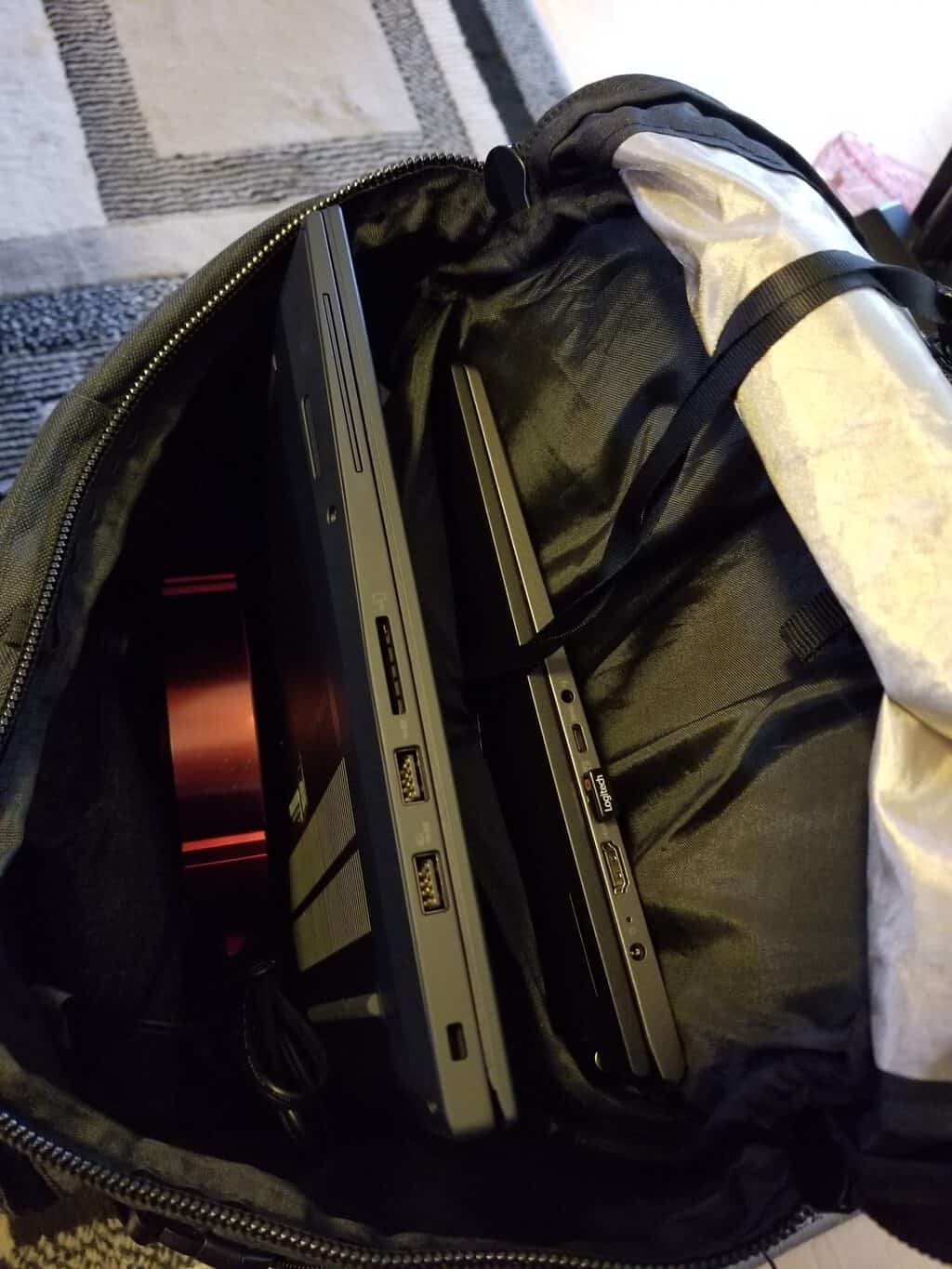 When I wasn't totting the laptop from home to work, but rather simply using the device on my lap, the size and weight of a 15-inch device were negligible at worst and oddly refreshing at best. The size of the screen lends to a more balanced placement on my lap when my legs are flat or folded. The added weight meant that keystrokes and mouse movement added little movement from the device in its stationary position.

On a desk, in what will arguably be its normal resting spot, the ThinkPad P1's size is a refreshingly welcomed change of pace from my normal pairing of a 34" main monitor and supplemental 13-inch laptop display. I use two monitors at work and typically my laptop serves as the second monitor out of convenience. 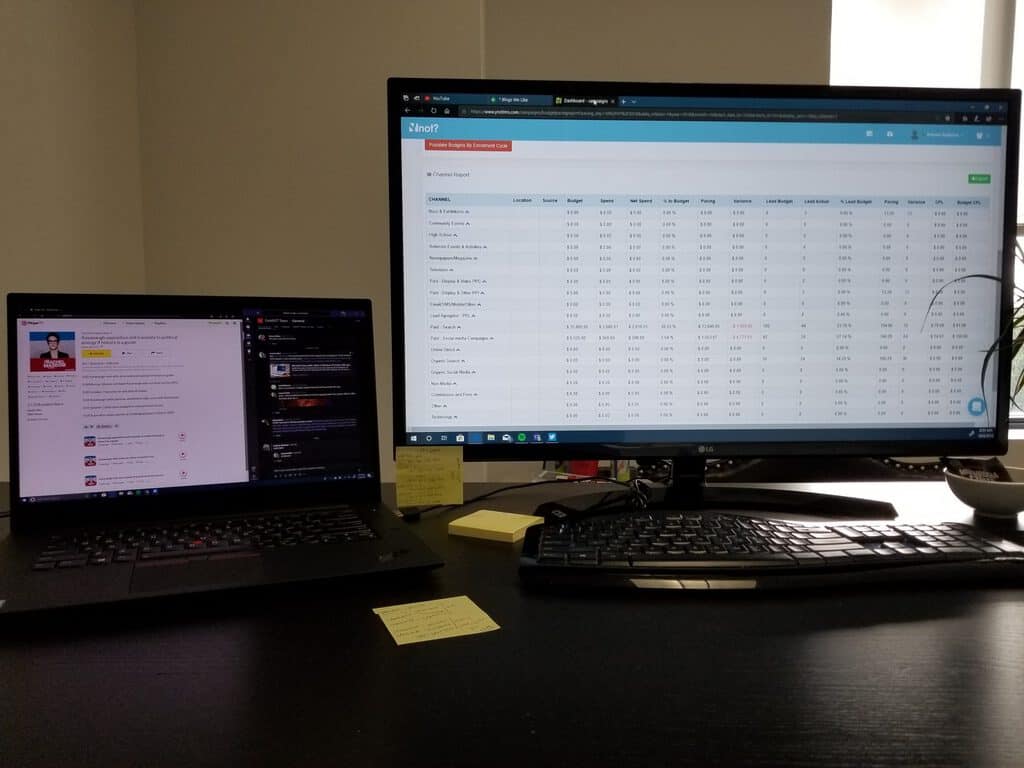 When all is said and done, the carbon fiber casing of the P1 does a lot to mitigate the weight of what looks like a physically imposing device. Lenovo manages an even weight distribution throughout the size of the laptop and without any significant flex found, the rigid frame keeps an even balance of mass for the P1 that most people might feel is relatively light with all things considered.

Does it deliver workstation level power?

Now that we've established the P1 is a deceivingly light device, the next examination of Lenovo's claim is whether or not it succeeds at being a portable workstation? It sure does.

What one might give up in size and weight chasing the illusion of portability, Lenovo more than makes up for in overclocking and advance processing power.

With an Intel® Xeon® E-2176M 6 Core Processor with vPro™ (2.70GHz, up to 4.40GHz with Turbo Boost Technology, 12MB Cache) chips inside processing 32 GB DDR4 2666 MHz ECC memory, the P1 was undoubtedly overkill for my everyday workflow, but VM heavy IT Pro's or NASA data processors might find the laptop a dream device. With the Xeon processor, I wish I was more of a developer who dealt with machine learning, Apache Hadoop or Spark to push the limits of the P1 beyond my noob gaming and graphics tests.

With that said, the P1 did very well handling some gaming, video, photo and audio processing. I ran a few games a full 1080p settings and while the fans did flare up, the performance maintained steady and delivered a solid 45fps for most games, while using its turbo boosting to push 1080p and 4K rendered footage in Adobe Premiere in under 5 minutes and a little over 6 minutes for 5K captures.

With a 2 TB PCIe SSD, transferring and moving files was a breeze (most of the time). However, there were times when this overpowered beast behaved no better than your average 8GB laptop and I attributed that mostly to the Windows 10 Insider build I was running on the device, but some apps still hung on startup and ad-heavy cookie spreading website had a noticeable effect on the overall experience.

In the end, I was only able to push the P1 as far as my limited imagination and typical workflow could go. The P1 is a beast of a device and should be a welcomed purchase for anyone doing any mobile cloud-based computing development, Macros-heavy Excel work, Power BI data processing, accelerated real-time insights or artificial intelligence.

I presumed with 32GB memory and boosted Xeon performance I'd be able to game relatively decently on this machine but the GPU on the Lenovo P1 isn't the type for that or graphically intense software. 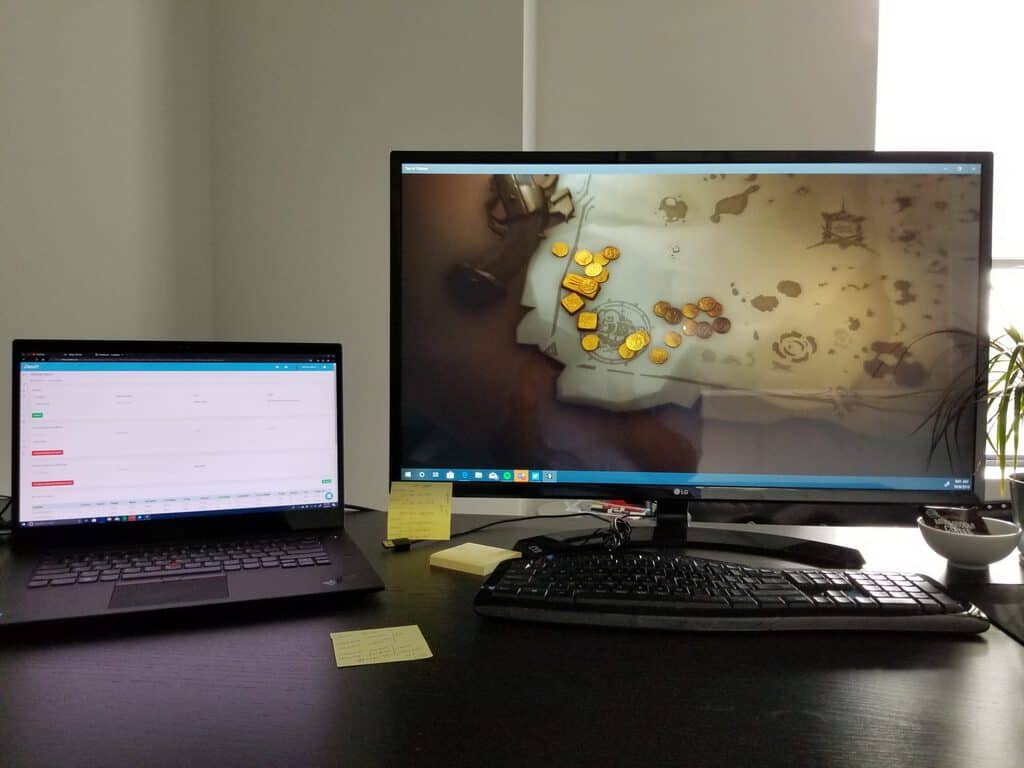 At, best I was able to test a handful of less graphically intense games or get away with two open projects with GIMP 2.0 before the fans kicked in and the performance faltered a bit. 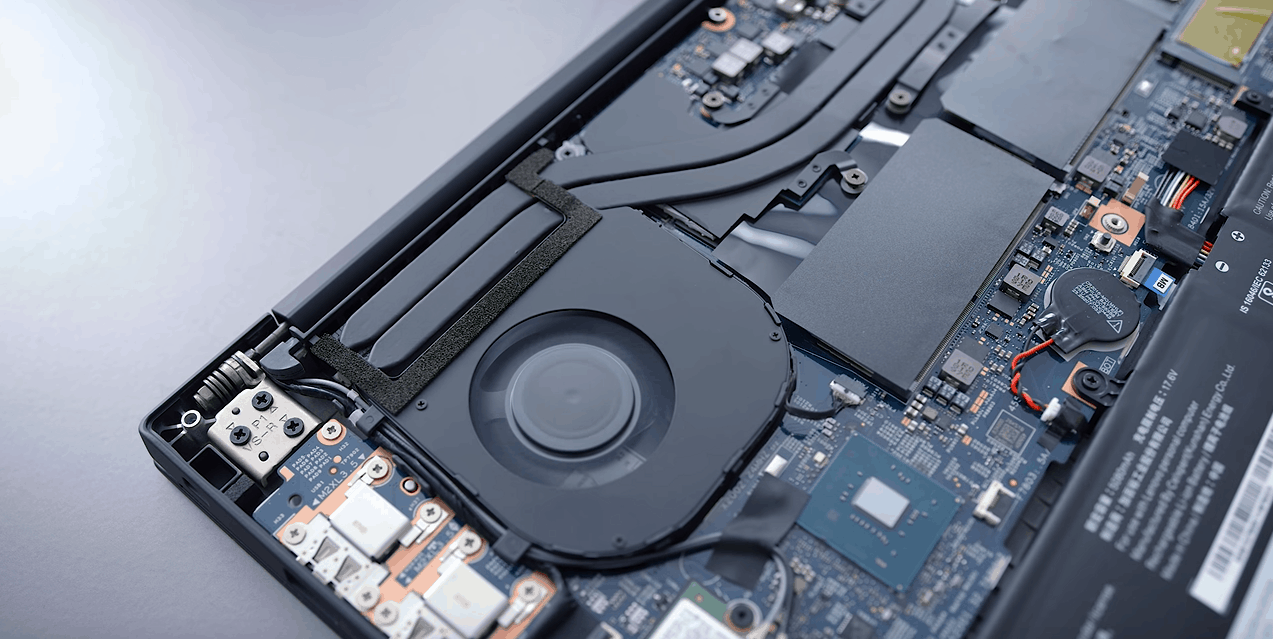 However, when spinning up VMs for Visual Studio or crunching geographical statistics in Power BI, the machine didn't flinch.

With a 15.6-inch 4K panel, Netflix, Hulu, HBO Go, Showtime and plenty of YouTube were on the docket. Using Netflix through the Edge browser I was able to rewatch episodes of House of Cards in all of its 4K glory and it was a rather impressive experience. I was also able to upscale my YouTube content consumption (when creators shot in 2K/4K) and watch videos with extreme clarity. As far as how that translates for work, I was able to view much more content in general. 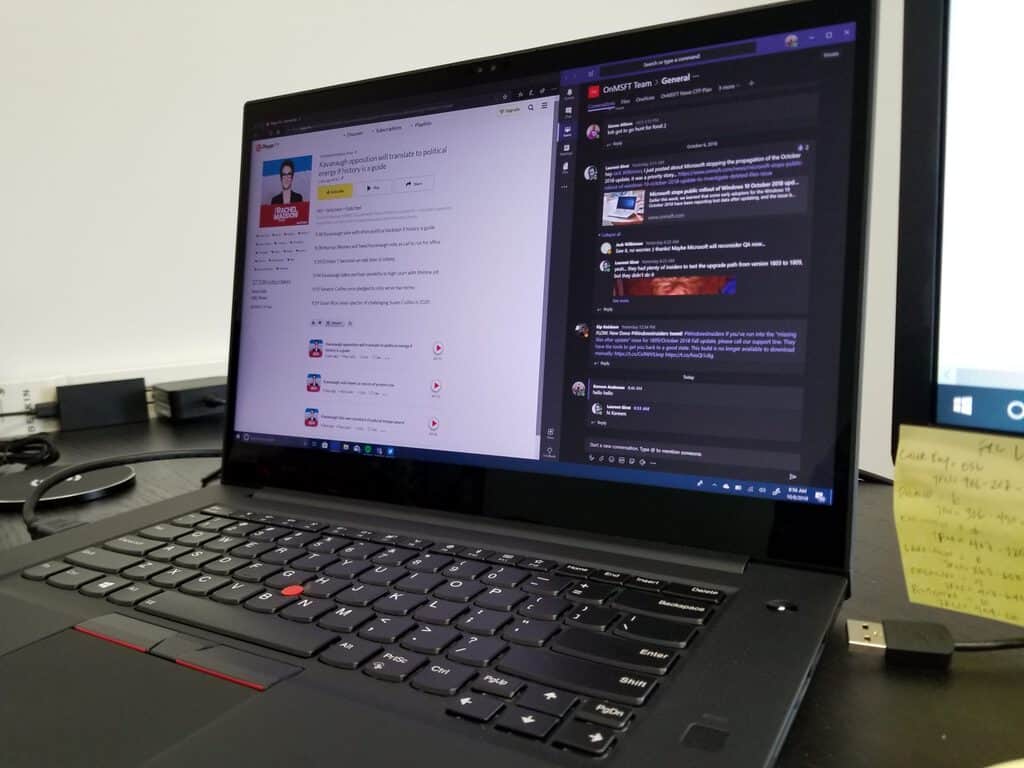 While adhering to Windows 10's four-quadrant grid of snapping, windows were still large enough to host their own content in comfortable font and detail. Snapping four windows became a norm over the usual side by side pairing I would normally opt for.

Normally, I would use a pair of Bluetooth headphones, but every laptop includes a set of speakers, and I might as well test them. There isn't much bass to the sound of the P1, leaving most audio tingy and meek. With bottom facing speakers, the material of the surface the device is on also plays a huge factor in how sound is conducted and spread. Bottom line, save yourself the embarrassment of playing any audio through them, rather, use the built-in Dolby Audio framework and get yourself a solid pair of head/earphones. 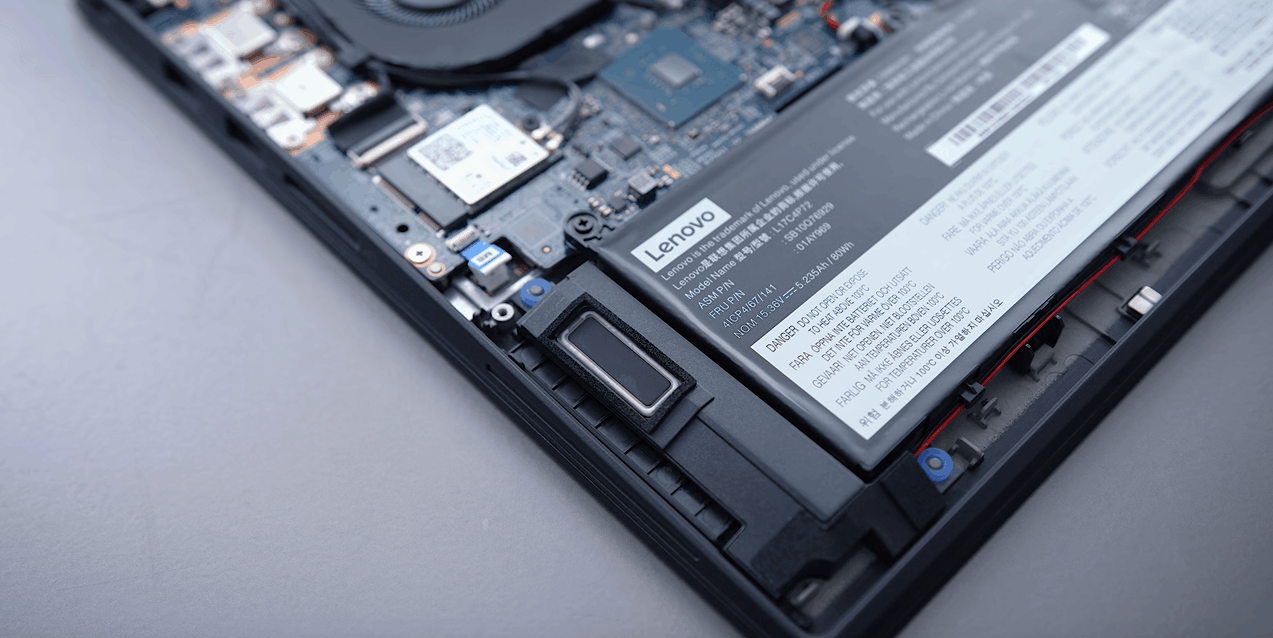 The ThinkPad line hasn't changed much over the past few years and the P1 isn't breaking any industrial design ground. The P1 offers a standard ThinkPad look with a practical 180 hinge for anyone messing with the touchscreen panel for drawing or writing. The balance of weight to size of the device is something that has to be felt in person. Lenovo has done a nice job of making a 15-inch laptop feel like a dense 13-inch notebook. 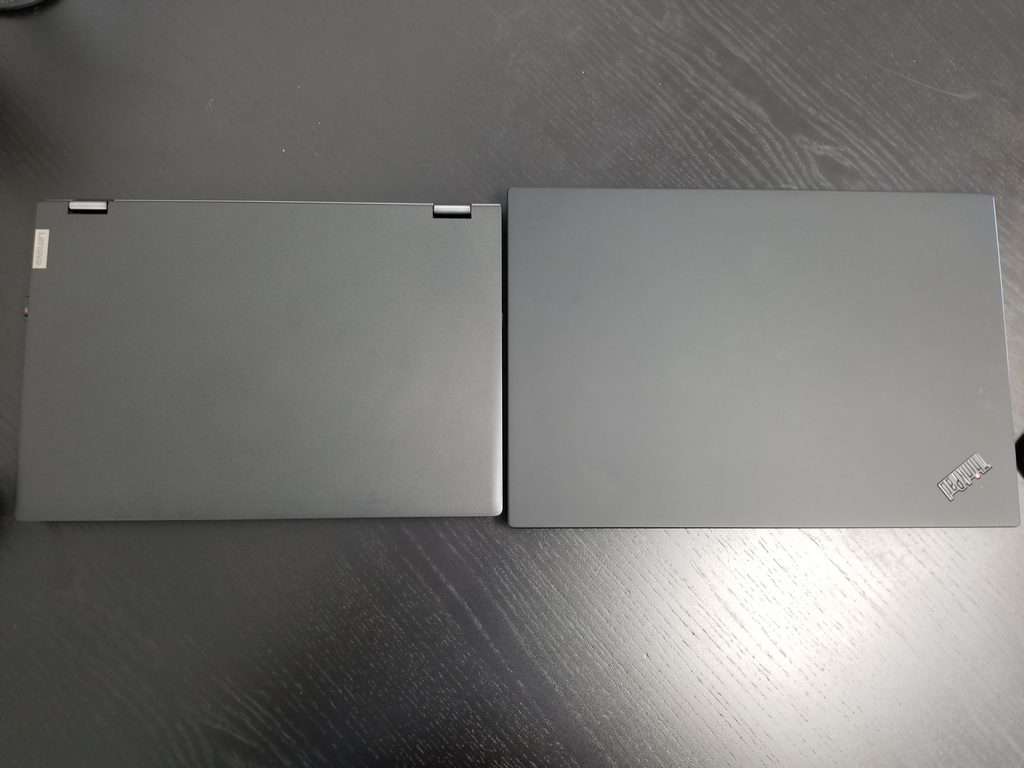 The fingerprint reader is quick and reliable, although I wish ThinkPad's would start incorporating Windows Hello into the webcam setup.

The quick charging is a welcomed addition and should also become a standard for the ThinkPad line. 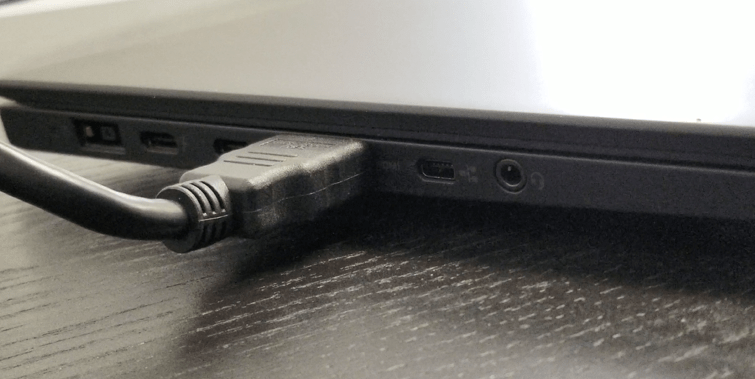 For anyone interested in a the more nuanced details of the Lenovo ThinkPad P1, here are the specs and pricing. Starts at $1,839.00

The Lenovo ThinkPad P1 is a solid workstation and an understated alternative to a 15-inch suped up MacBook to crush any type of creative or productivity driven projects that can include music composition, web and app development or data processing. It's not a cheap device and its audience, I presume, is rather niche. But, for anyone looking for an upgrade to their current workstation or looking to save space in their apartment or home by replacing a tower desktop, the P1 is definitely the Lenovo option of choice.