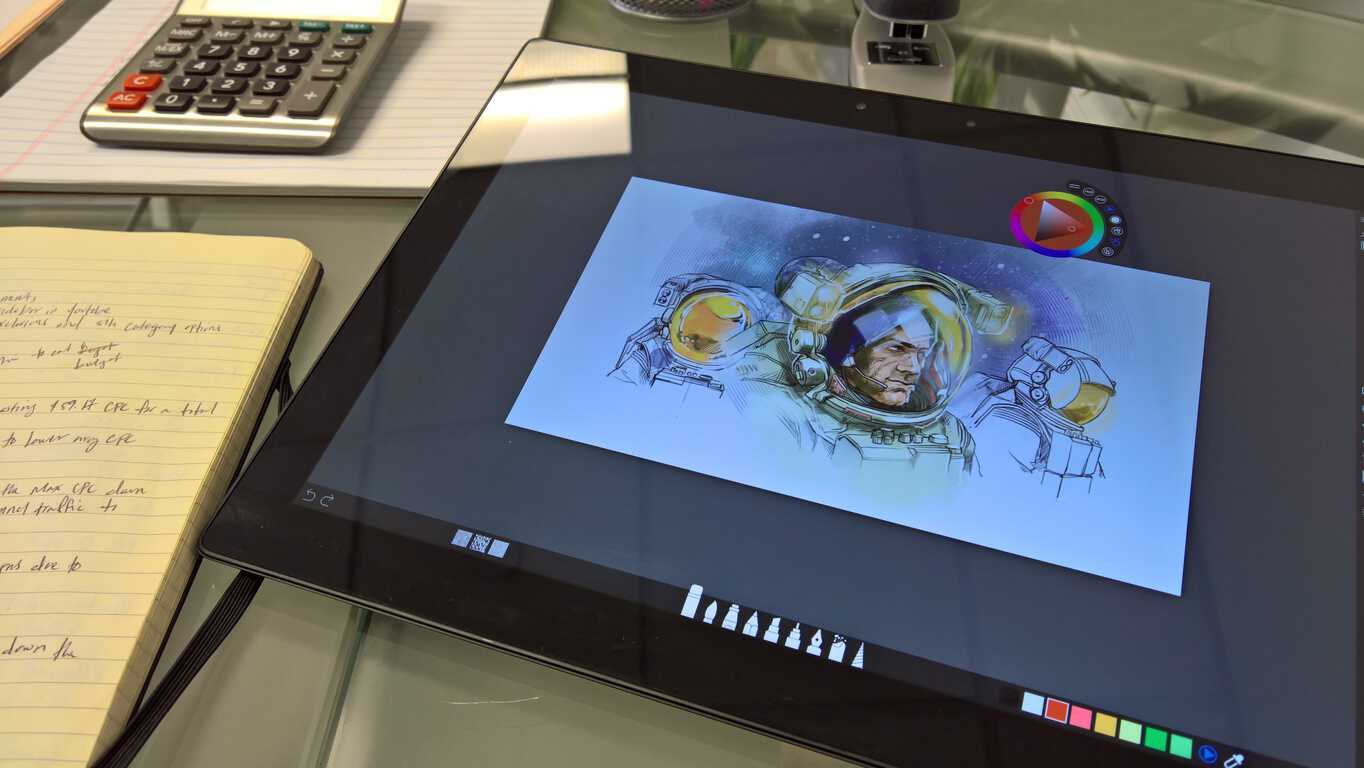 Despite the overall market of PCs seeing YoY declines, the 2-in-1 category of PC has slowly risen to the top of consumer purchasing and has begun to legitimize itself and in the process stabilizing what consumers are accepting as the "standard" form factor for personal computing for the future.

Back in 2013, the 2-in-1 form factor was as unpredictable as the wild west. Manufacturers were throwing metric tons of spaghetti at the wall to see what would stick. Some OEM's tried swivel designs others used swinging frames and shifting panels to try and bring touch and inking inputs to the masses.

Early on though, Lenovo had a clear vision of the ideal 2-in-1 form factor and pioneered a path with the 360-degree hinge technique in its Yoga line up that has eventually become the preferred 2-in-1 form factor for most So much so that Google has adopted it for their latest flagship Chromebook and to quote a prominent gadget reviewer "if your computer doesn't have a 360 degree hinge, get it out of my face!"

The only other 2-in-1 form factor that has gained any sort of traction is the Surface Pro-like detachable and while Lenovo didn't pioneer this form factor it is looking to polish and refine the approach with its Miix 720. 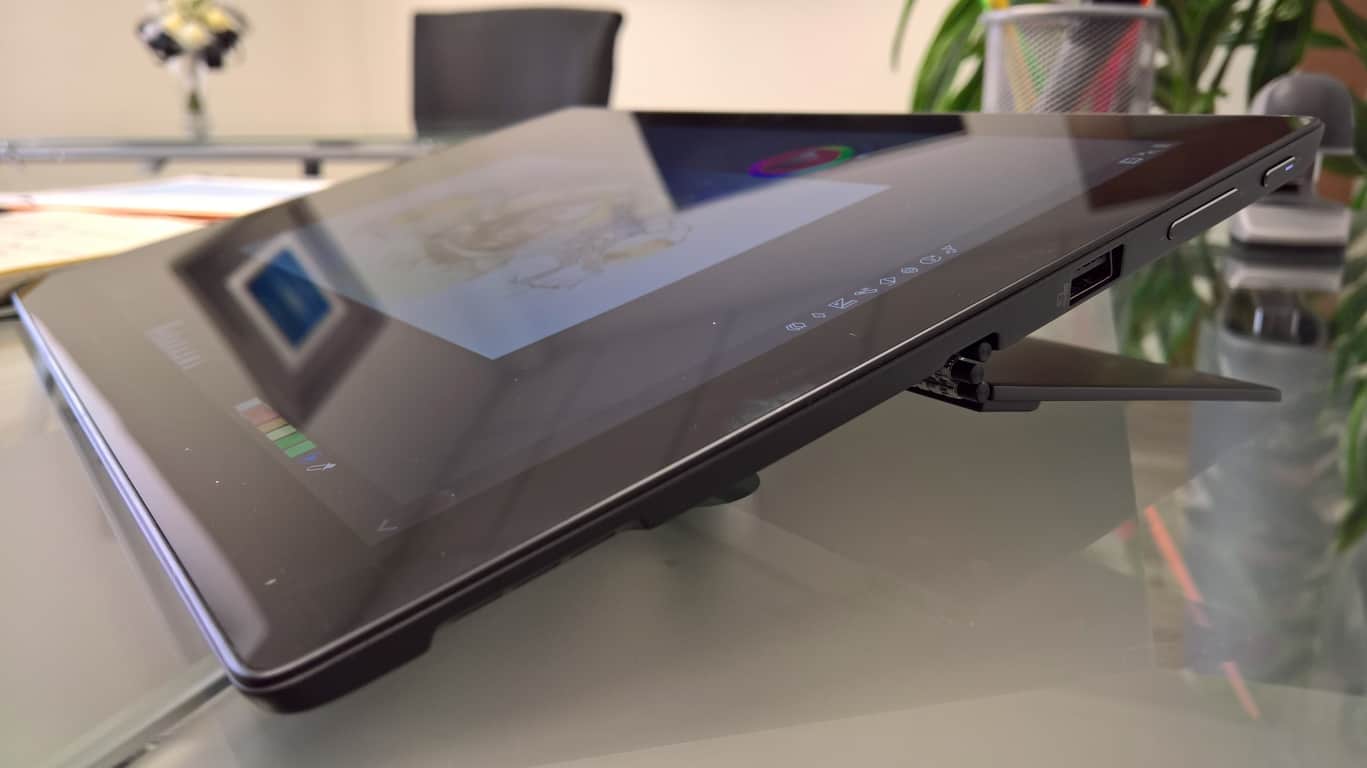 Like eating flavorless steamed broccoli before jumping into the garlic butter soaked steak, I'd like to get the things I marked as negatives for the Miix 720 out the way before moving on to the device's positives.

I've held this review unit for a little over a month to make sure the issues and delights I came across when testing this device were not anomalies or unit specific and in my testing of this Miix 720 unit, one consistent issue I ran across was the fan. No matter what I was doing, that damn fan would blast on like an Avenger Hellicarrier taking flight. At times, it was so loud it prompted my wife to say, "get that thing of the couch before it explodes."

Hyperbole and jokes aside, the fan does come on rather often, during startup, Insider build installations, video viewing and charging (sometimes). I understand that fans are necessary when powering through cycles sometimes and I would have let the noise roll off my shoulders had it been for limited and predictable times. However, the fan noise was often ongoing, somewhat unpredictable and very noticeable as air can be felt around the housing of the tablet section.

But, and yes there is but, I used this device as primarily a professional device where I would pack it and use it on the train to and from work and on my desk at work, where the fan was usually drowned out by office A/C or train noise. So, for a traveling professional, who may be trading in their 5 1/2 lb 15" Dell, Lenovo or HP leafblower of a device, the fan noise may seem like a warranted trade-off. 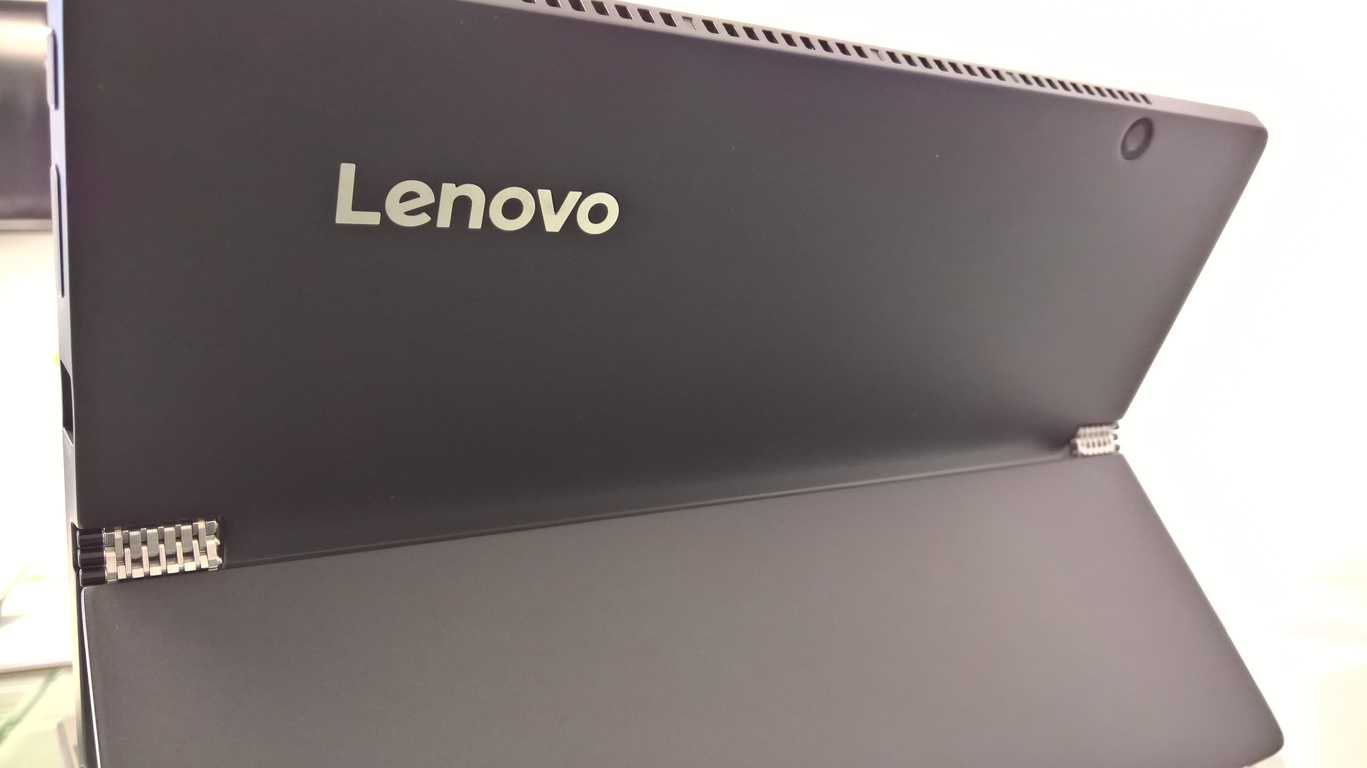 While the fan was my biggest issue with the device, there were a handful of other smaller inconveniences, like pen latency in drawing apps. Again, I was of two minds on this matter, with the first being artist enthusiast, looking for the "best" pen and inking experience and the other as a fan of bundled accessories. For the vast majority of owners, the pen is fine, especially in the context of professional business use. While a professional artist may find the latency a bit distracting, anyone who's buying a 2-in-1 these days will not only appreciate the fact that the pen is bundled with the device but may overlook the granular aspects of its performance for convenience. When Microsoft, Apple, and Google are now charging $99 USD for pens, manufacturers such as HP and Lenovo are looking like heroes for including them and that may buy them some leniency points.

The last negative was the flex in the keyboard. While keyboard feels like a rather solid slab there were times when on my lap, the keyboard would flex ever so slightly and resulted in cursor misplacement. I would find myself in a typing groove and then look up and realized I had written half of my third paragraph into my opening sentence.

Now on to the main entree. The first delight I found with using the Miix 720 was its form factor. I'm an owner of a Lenovo Yoga Pro 2 and at the time, I was sold on the 360-degree hinge being the future of computers. While many OEMs are coalescing around that design, I'm now onto detachable as the future. I know it's been said ad nauseam that coupled with ever increasing phone sizes, people are looking for portability in their PC needs but I'll say it once more, I think a detachable is the perfect compliment to a 5.2" plus phone.

A majority of my time using the Miix 720 I found myself using the device in forgiving situations where it placed mainly on flat surfaces and the reality of type on lap emergencies were rare. I hope I don't sound like an apologist, but despite the nomenclature of laptop, unless I'm at home, I don't find myself using it in that configuration that often. At work, I have a desk, at home, I have coffee table and desk, on the train, I (sometimes) have a tray back or table, and out and about there is always a floor or table at a restaurant/bar. In other words, lapability is a thing, but not a thing for most people outside of tech writers rushing to publish stories at deskless conventions (which I did at Microsoft's Ignite in Orlando this year). 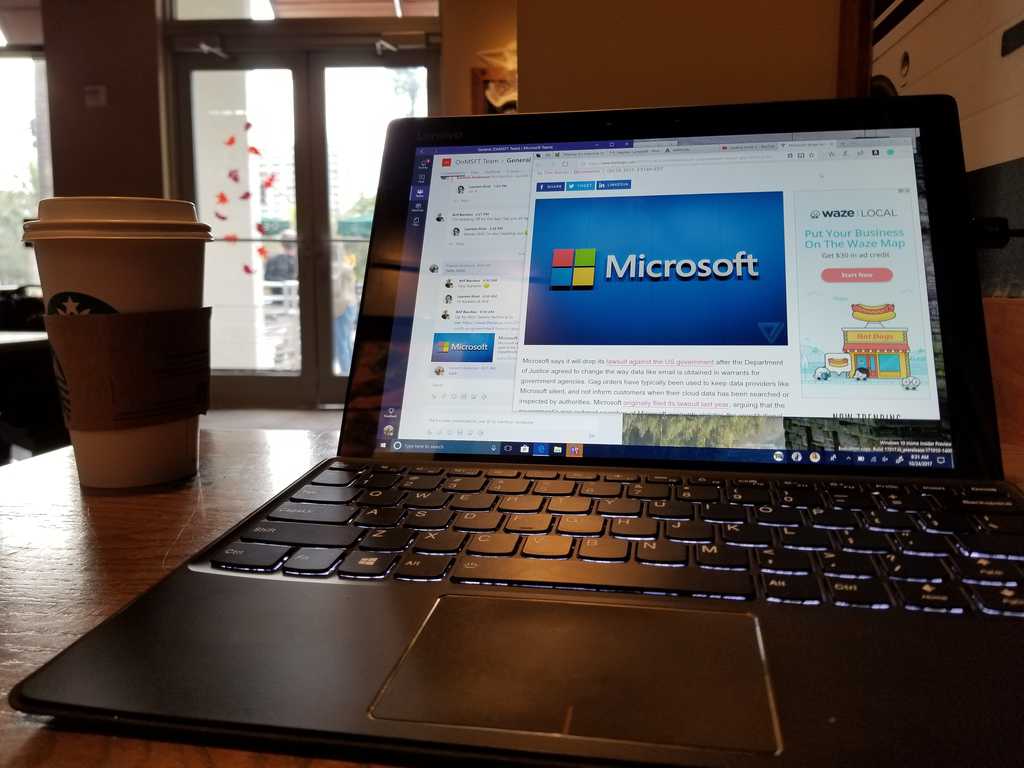 Another deciding factor in choosing the detachable as my preferred form factor is my lovely one-year-old daughter who loves to touch everything. She now notices that dad plays with a smaller TV on the coffee table and she's immediately curious and the ability to detach and continue work while she plays with the keyboard has been a godsend for me. With my Lenovo Yoga Pro 2, I'd have to take the entire unit away which results in a 20-minute crying negotiation between she and I. With the Lenovo Miix 720, we both get a piece of the device and piece of mind. 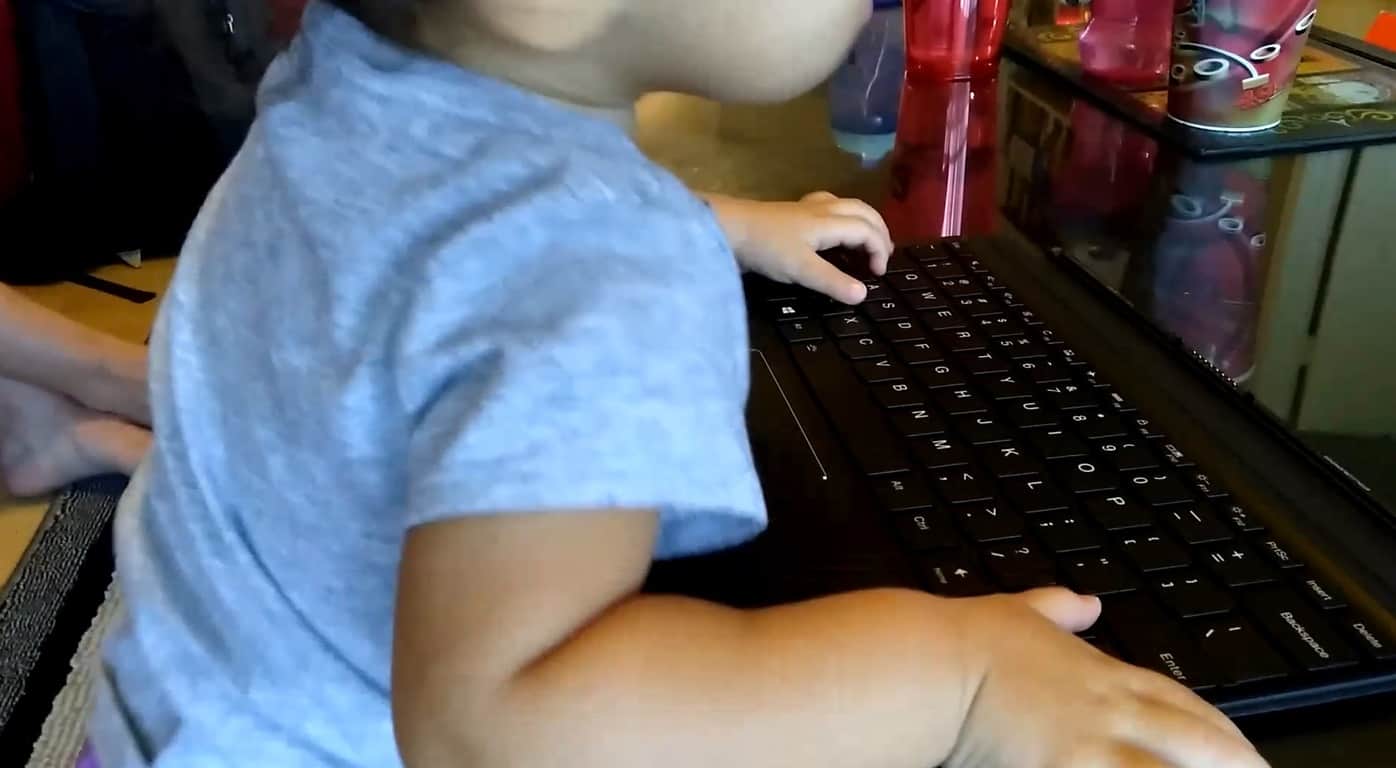 The screen was also another delight with the Miix 720 where it boasts a QHD panel, I was just pleased with the clarity. Again, coming from a Lenovo Yoga Pro 2 I've been spoiled using a 3800 x 1200 display and I appreciate the albeit smaller but clear display of the Miix 720.

The panel is glossy and where some may have put it in the negative column, I realized that most of the time, I'm not using the device outdoors so it was neither a hindrance or a problem for me. Aside from the clarity, the touch sensitivity on the Miix 720 was excellent. With almost five years of touchscreen use under our belts, I think we take for granted how much work goes into calibrating the touch sensitivity on a screen, the entire dynamic has become table steaks for reviewers. However, I appreciate not having to double touch the screen to drag and resize apps when in tablet mode.

As I've eluded to earlier in the review, the pen was another pleasure using the Miix 720. Once I completed my Frodo Baggins like journey looking for AAAA batteries, (they aren't as easy to find) I was off to the races using the included pen. It's not magnetized, but I wasn't expecting it to be, unlike many others, I don't stuff my bag like a tech hoarder, so I was able to easily dig it from the bottom of my backpack every day.

Again, I can't stress how important including the pen has been for my inking experience. Using the device in a professional business sense, I found I was able to keep my Moleskin in my backpack and took my meeting notes right on the screen, saving me time from transcribing them for emails. I was also able to sketch out a couple of doodles while waiting for the train on many days, which, despite the latency issues, was still a delight I've missed using a Yoga Pro 2.  I would have preferred the eraser like functionality of the Surface Pen, but most apps put the erase icons in plain sight and easily accessible. 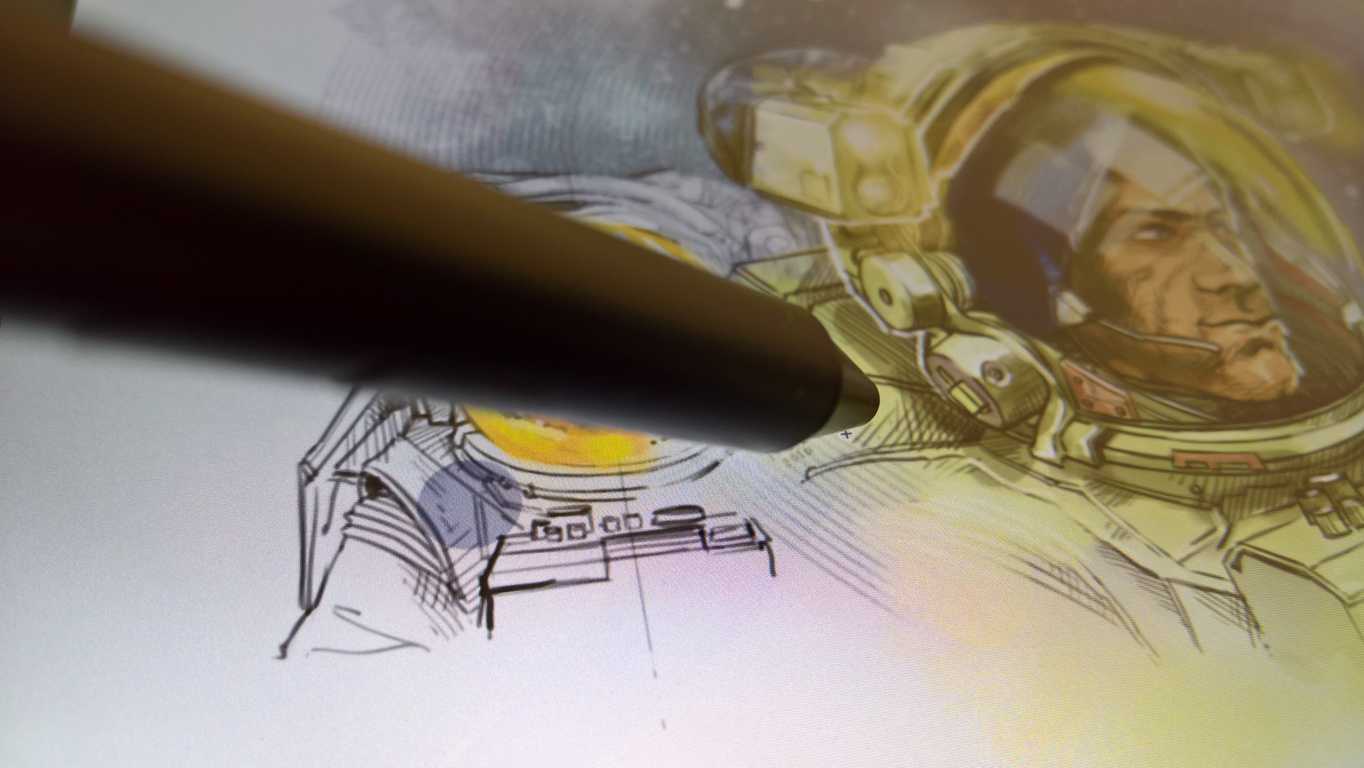 The keyboard was another plus partly due to its backlit nature but also because of its solid construction and prominent key placement. The button configuration was like using my full 13" keyboard on my Yoga Pro 2. The keyboard also does the cool Surface magnetize thing where it lifts and connects to the screen enabling a nice 17-degree elevation for better ergonomic typing. I transitioned from the Pro 2 to the Miix 720 seamlessly because the keys were larger, well placed and had fantastic travel. The keyboard is a bit thick, but on a fairly light device, it was mostly negligible for me. The trackpad is large and pretty responsive, and the clicking is satisfying. 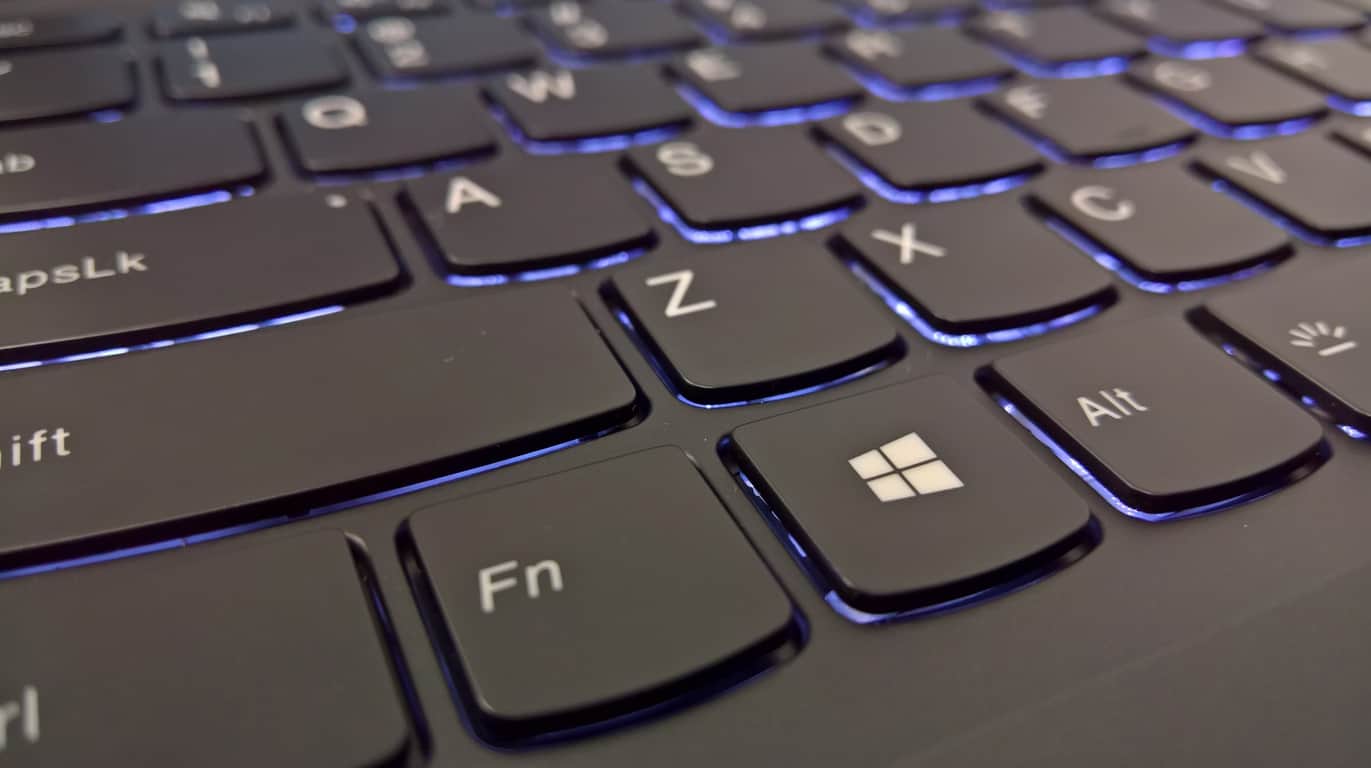 The hinges became a common resting place for my fingers when in tablet mode because they were tactily gratifying. I've played with a Surface and it's Zero hinge, but the wristband hinge on the Miix 720 is just so nice to feel. Placing them on either side of the device had me resting my fingers just graze across the metal. The Miix 720 doesn't bend as far back as the new Surface Pro, but it does an admirable job as well as holding a rigid position when in use.

I know it's passe to crap on manufacturer software as bloatware, and for the most part, it normally is, but Lenovo packed two pieces of software that I found beneficial to use. Using the Dolby audio suite and the Lenovo settings app made the overall experience a joy to use. I was able to try out Microsoft's new Dolby Atmos support on the Miix 720 a couple of weeks back with a pair of Sony Bluetooth headphones and man was that an experience. The Lenovo settings app was also generally useful as it puts all of those normal settings right in front of the user. I know Microsoft is trying to streamline its Settings situation but Lenovo has taken the high-level options and put the in an easy place for users.

I was also a huge fan of the Windows Hello authentication. It was quick and gave me something to annoy my wife with as I continually pointed out how easy it was to log into my device over her password input. With part of the Miix 720 being a tablet, it was nice being able to unlock the device when the keyboard wasn't attached.

Finally, the build of the device. As a professional device, the understated and mute black design of the 2-in-1 is both elegant and classy. In a world of faux aluminum grey copycats, a solid black computer harkens back to the old Macbook and Surface Pro devices. Despite the fan noise, the Miix 720 was also cool to the touch most of the time and being a new Florida transplant, I appreciate any time I can find cool. 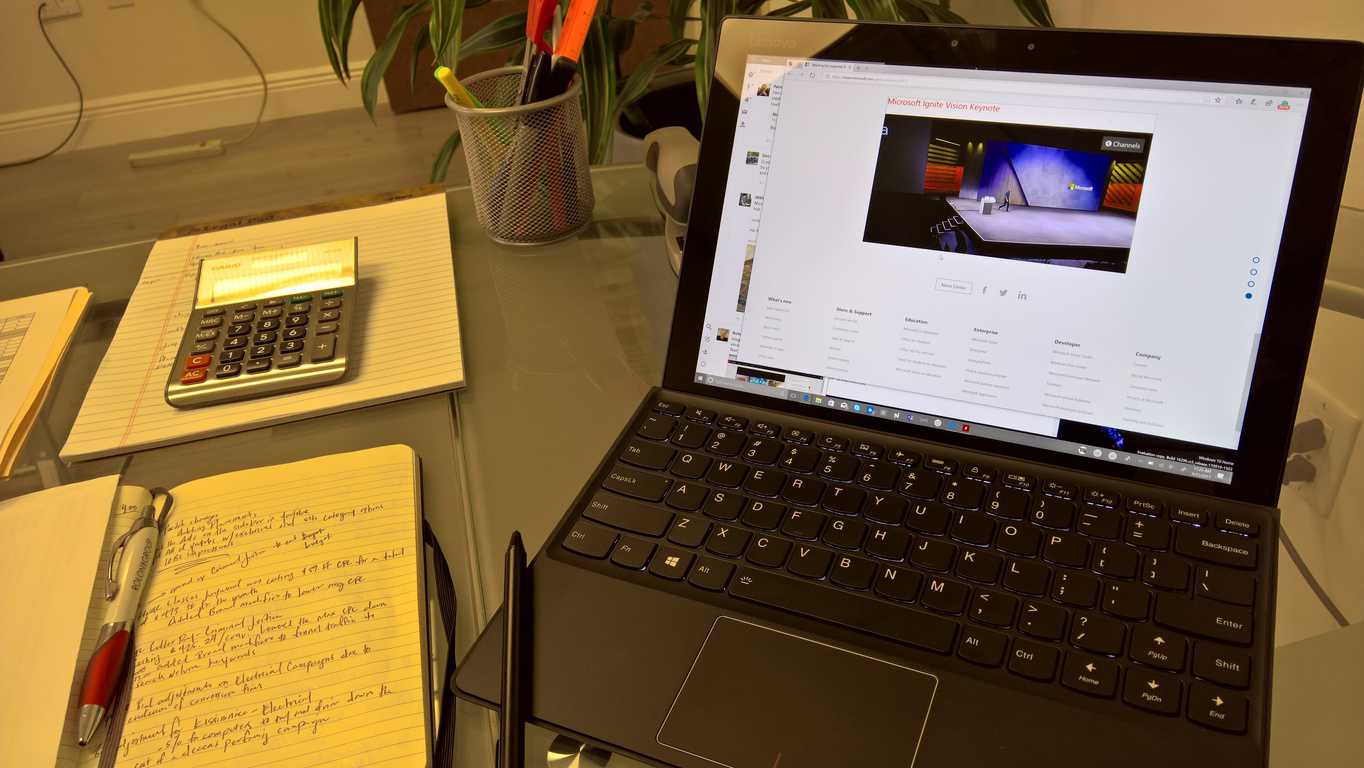 The Miix 720 was as much fun to use as it was functional. With Lenovo being primarily known as the Thinkpad and enterprise OEM, I would love if it next year my company began issuing the Miix 720 as our designated work PCs. With 8GB of RAM, USB-C, 2 USB-A and MicroSD card slots, it has enough ports to power displays and sort Excel sheets like a champ.

For anyone looking to upgrade from their current traditional laptop or being asked what their next company issued PC should be, I would recommend the Miix 720. For the price, you get power, pen, and portability on par with many high-end traditional laptops and even with the Surface Pro. You can check out the Miix 720 on the Lenovo website for more information.