Lenovo Legion 5i: Aiming for a sweet spot (reminder: we’re giving one away!) 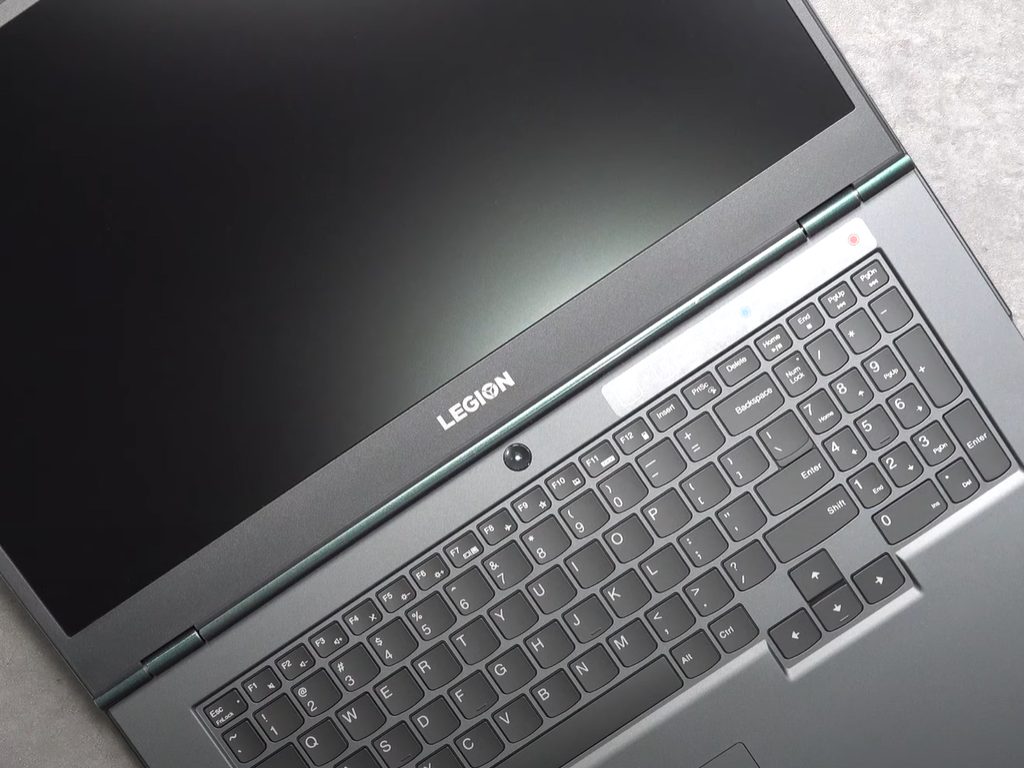 Midranger posing as a low-budget laptop

The specs and prices speak for themselves. Lenovo is aiming to hit a sweet spot between gaming and value, and I believe it has nailed it’s marked. In the of world gaming, $1,600 can now get gamers 144hz refresh rate panels, GeForce RTX 2060 graphics cards, 16GB of DDR4 RAM, 10th generation Intel Core i7 CPUs, RBG backlit keyboards, and up to 5 hours of gaming depending on the game being played.

Lenovo is in the midst of a product wide rebranding and its efforts have now touched its gaming laptops as a new Legion device hits shelves. What used to be referred to as the Legion Y-series is now being crowned as the Legion 5-series and OnMSFT was gifted a Legion 5i to review (and then give away to one lucky OnMSFT.com reader!).

While Lenovo’s website has the Lenovo Legion 5i listed at a consumer-friendly starting price of $999, the more realistic and performant friendly model we’re reviewing comes in at around $1,600 US with taxes. However, for the price, Lenovo has packed the Legion with rather impressive specs and hardware choices that include a 15.6 FHD display that can push refresh rates up to 144hz, TrueStrike, and anti-ghosting technology for more accurate key commands, and NVIDIA GeForce RTX 2060 GPU graphics cards, to name a few.

Speaking of which, I might as well do the rundown on what $1,000 to $1,600 might get the average customer regarding the Legion 5i. Off the bat, you’re getting a little bit above what you pay for with the Legion 5i, meaning for entry-level prices into PC gaming, Lenovo is offering midrange processing specs and graphics performance.

I’m not the most dedicated PC gamer but I know what market value a 10th Gen Intel Core i7-10750H processor with 16GB of RAM and a GeForce RTX 2060 GPU with 1TB of SSD storage, represents. For a few hundred less than the $1,600 model elsewhere, gamers could grab a Core i5-10300H chipset with half the memory and lower GeForce GTX 1650 GPU and head-scratching 128GB’s of solid-state storage. I mean, that is an option. 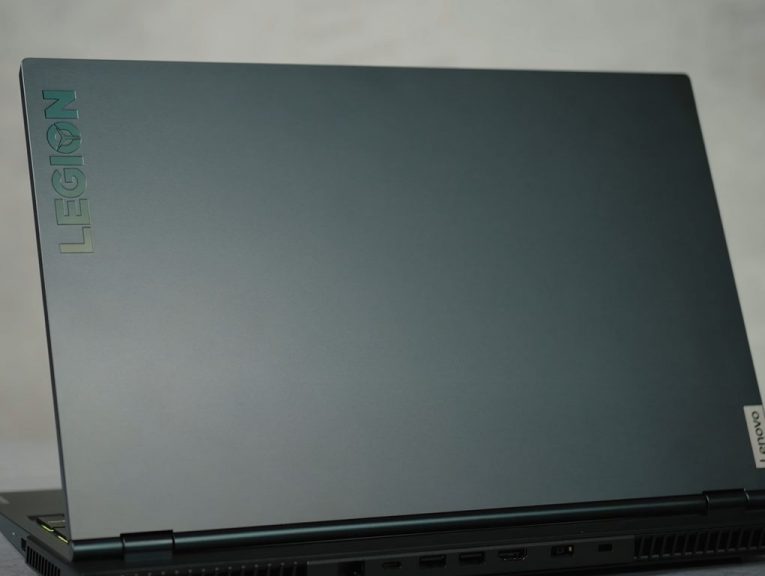 Moving beyond the under-the-hood stuff, the Lenovo Legion 5i boasts panel options of 15.6-inches with refresh rates ranging from 60Hz all the way up to 240Hz. The model OnMSFT is reviewing came with a 15.6-inch FHD 144HZ that’s 1920×1080, IPS with <3 ms response time, 100% sRGB, and pumping out 500 nits of brightness with Dolby Vision-enabled support.

For anyone interested in using the onboard web cam to help stream their sessions, don’t. While marginally better than the camera on Y540, due to its placement, the 0.92 megapixel 1280 x 720 HD camera isn’t made for much more than hopping on a quick call to organize a raid and then using a more dedicated camera to film yourself.

While most gamers might prefer to be hardwired in, there is Wi-Fi 6 802.11AX on board with up to 2400 Mbps as well as Bluetooth 5.0 for those wireless headset nights. More importantly, there is still an Ethernet port that supports 10/100/1000 Mbps as well as a battery that will net about 2 solid hours of high-performance gaming while giving also pushing upwards of 6 hours on regular use.

Surprisingly, there are Harman Kardon speakers stuffed into the audio array on this device that also support Dolby Atmos for headphones in conjunction with a dual array microphone set up for the occasional chat through the PC itself.

I mentioned in my initial impressions post that the Lenovo Legion came in matte grey, but Lenovo whimsically calls the color Phantom Black. The reality is that is a dark slate grey and none of it that makes any difference. The overall design has shifted away from the days of neon lights and LED-like accents to a more bulk enterprise workstation with muted colors, discrete port alignment, and placements. Ticked away behind the laptop is a hard-plastic panel that contains the majority of ports for a clean desktop setup. The Legion 5i includes: 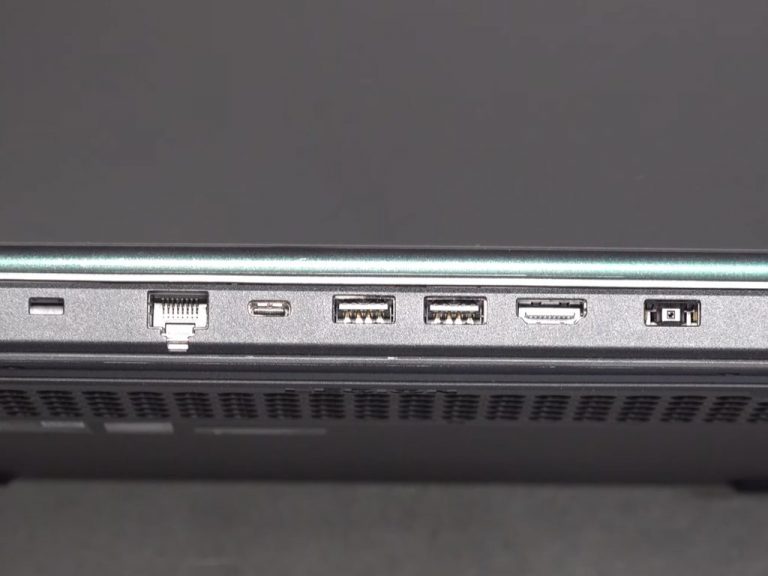 But once the lid is open, is obviously where the Legion 5i shines and it begins with the updated full-sized 4-zone RGB backlit keyboard that can be color-customized. The inclusion of a full number pad may take some getting used to for some gamers as it pushes the coveted WASD keys further to the left than some might be used to. Lenovo includes TrueStrike and ani-ghosting technology to help prevent mistypes for the learning curve that might come with the shift in key placement. I’ve gotten accustomed to using the U-shaped chicklet keys and I find the key depth useful during both gaming sessions and extended periods of typing. The precision touchpad is there but like most, I spent most of my time using a dedicated mouse. For work though, the touchpad does an admirable job at scrolling and shifting things on the screen. 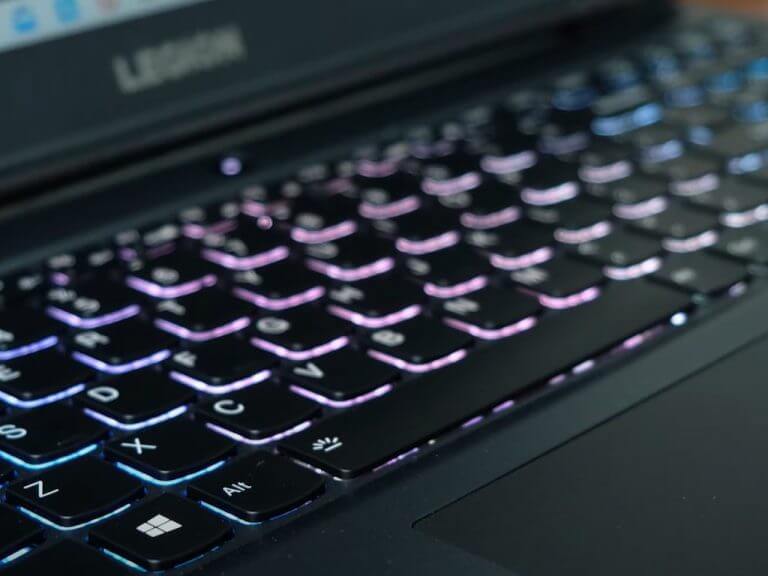 The Legion 5i feels a bit bulky for the screen size at 5lbs. While it’s a laptop form factor, the Legion 5i isn’t meant to be moved around a lot.

Gameplay is typically subjective and as a reviewer, I may or may not touch on the games that fully reflect my audiences, but I tried to play at least one genre of game to get a feel for how well rounded the Legion 5i could perform.

Starting with perhaps the most taxing of genres was my FPS choice, Call of Duty War Zone. Lenovo’s automatic mode switching software kicked in immediately and shifted the laptop into performance mode indicated by the blue light that emits from the power button. During a two-hour session, the Legion remained cool at about 65 degrees in most areas. More importantly, playing CoD WarZone nets roughly 55-60fps routinely. There were some instances where excessive particles would dip the frames-per-second down to 50 but without a counter on the screen, I’d be hard-pressed to say it affected my questionable marksmanship anyway. 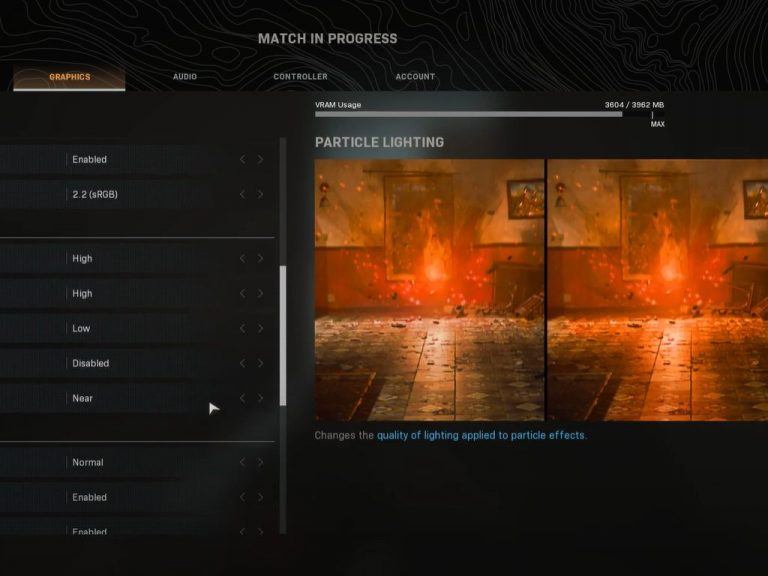 Another game I played was Far Cry 5 with ultra-settings and while it’s not as visually taxing at times as COD, I still managed to get 72fps regularly.

I also played other games such as Wasteland 3, Shadow of the Tomb Raider, State of Decay 2, Streets of Rage 4, Marvel vs. Capcom Infinite, Sea of Thieves, Forza Motorsport 7, Age of Empires 2 Definitive Edition, Halo Gears 5, and even Flight Simulator. All games were played at their highest levels and across the board, the Legion 5i performed well. Graphics were crisps, colors were vivid, animations smooth, fan noise reasonable and heat maintained between 40 and 45 Celsius in the middle of the device. 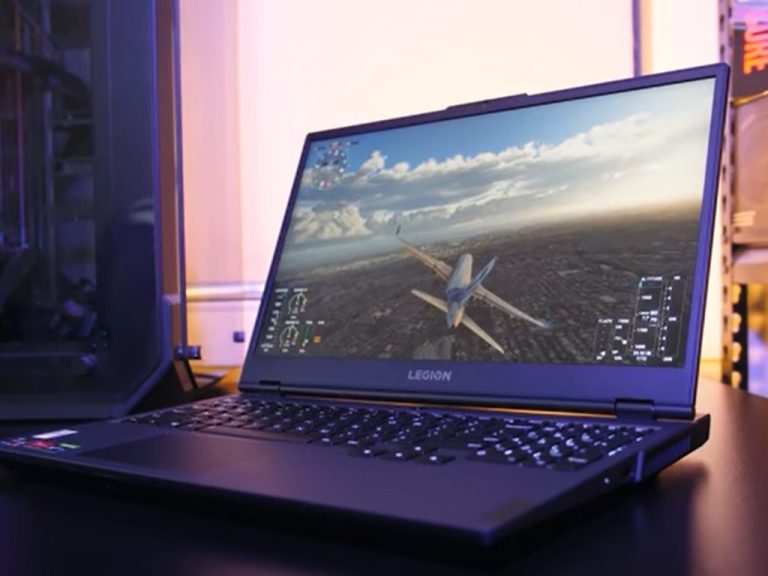 The Lenovo Legion 5i is a solid mid-ranger masquerading as a low-budget option for gamers. For a respectable $1,600 gamers get a device they can tote around from the office (be it just the upstairs bedroom now) to their favorite spot on the couch to play games. The subtle hardware refinement and muted design singles a convergence of hardware that Lenovo is looking to continue to make going forward. Looking at a Yoga or Ideapad now, it’s not too hard to see a Legion-gaming option of that hardware as the two device designs grow to mimic each other.

With a high refresh rate, powerful GPU, 6GB of graphics memory, variable performance modes, anti-ghosting keyboard technology, a solid two and a half hours of gaming and high marks for productivity and creative tasks, the Lenovo Legion is well worth the asking price.

We’re two days out from announcing the winners of our big gaming giveaway. As a reminder, we’ll be sending out the Legion 5i to one lucky winner as wells runner up gifts of Xbox Ultimate Game Pass subs of varying monthly value.

Live in the US or Canada
Leave a comment in the Rafflecopter widget for one entry credit. (requires a valid email so we can contact the winner and ship prizes)
This is an “and”, “or” situation where you either leave a comment for a single entry or follow OnMSFT on Twitter for two entries value.
Wait for the winners to be announced.