Here's the Lumia 950 with a white leather back cover - OnMSFT.com Skip to content
We're hedging our bets! You can now follow OnMSFT.com on Mastadon or Tumblr! 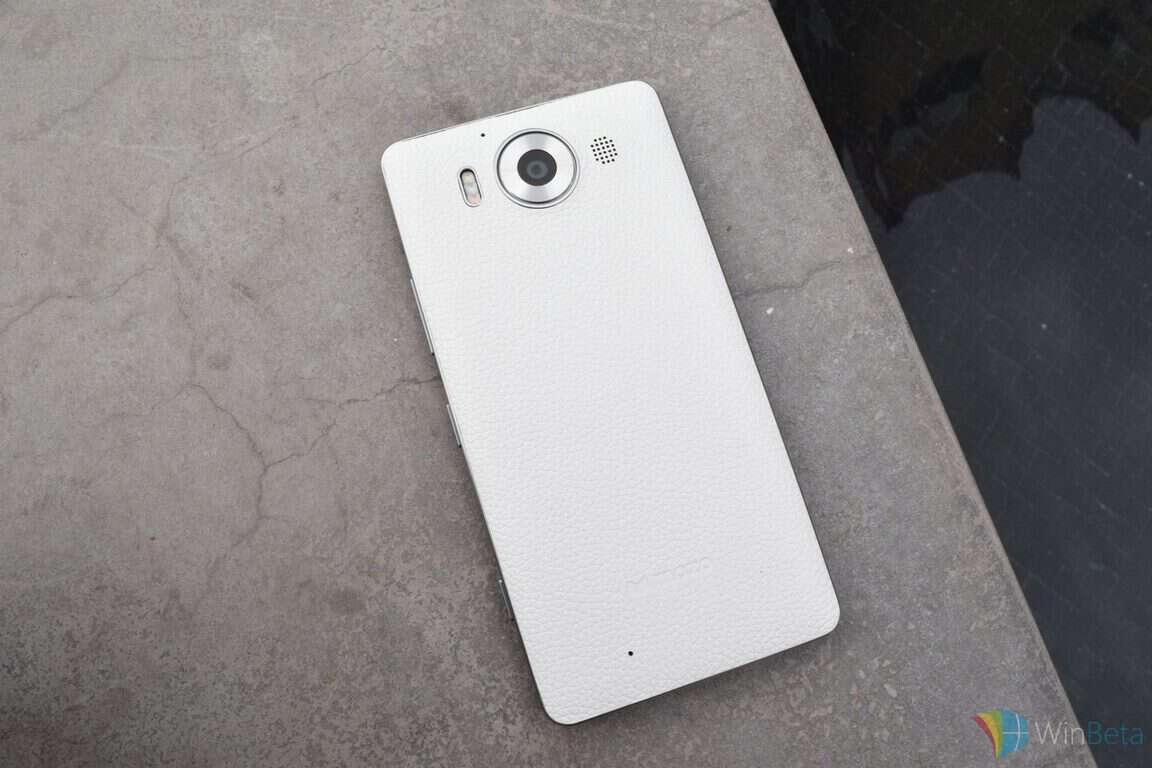 Finally, after a Tantric four way unboxing, and three exhaustively repetitive reviews of the brown, red, and black leather covers, we come up to the final frontier: the white leather back cover for the Lumia 950, provided to us by Mozo.

The white leather cover, like its three sisters, features gorgeous, genuine leather bound to a non-conductive vacuum metal coated PC Plastic case that accentuates the black gloss surrounding the Lumia 950's screen by refusing to cover it. It's metal-but-not-really-metal sides feature the same silver found in the brown and black covers.

And its back features a beautiful, snow white leather with a coarse, scaly leather texture virtually identical in constitution to that of its red sister, but not necessarily its black sister, as I noted in the black cover review.

I feel it's important to emphasize the "snow white" label I've given it. When discussing the curious color of white, often colors described as "white" can have dramatically different shades from each other. Usually, these shades can be split into a dichotomy of warmer (red, yellow or brown-ish) or cooler (more blue or gray) tints. The Mozo white cover features the latter, which I absolutely adore. I think this shade of white feels much more "pure", and looks sharper in a variety of lighting conditions.

The coarse and scaly leather texture feels great to hold and adds a very classy and premium feel to the arguable sedate Lumia 950 flagship.

Of particular note, however, is the fit quality of the leather. Examine closely edges of the cover in the above two back side photos and you'll notice what appears to be rather shoddy workmanship in fitting the leather. I suspect this is limited particularly to a rare and unfortunate few, but it ruins the appearance (but not really the function) of an otherwise immaculate construction.

As with all the other previously reviewed covers, fit is tight and build quality is exceptionally solid, with no creaks or unsightly bending.

The white cover is virtually identical to the red one in everything but color scheme. As such, the white cover adds a tiny bit of thickness that perhaps inadvertently obscures the camera housing's bulge a bit. It also adds a bit of weight, just enough to add some premium heft, but not enough to annoy you. It's worth noting that the red, white, and black covers all feel slightly lighter than the oddball brown leather cover.

Heat dissipation is like its red counterpart absolutely stellar, smothering any heat produced by the flagship smartphone to a barely noticeable temperature increase. Both this, and the red cover feel more durable and solid than their brown counterpart. Unfortunately, I can't really say the same for the black one, as I mentioned in that review that the smoother texture makes the leather feel rather worn down.

One thing that's been universal to all four of these covers is the button feel. They all add sharper, crisper, more tactile pressing sensations to the buttons, while being a bit noisier to press. Such a trade-off matters not though, as I'm so enamored with the button feel of the covers compared to the default one that I really can't see myself going back to the default.

It's hard to explain, but all the Mozo back covers, despite sharing such similar components and constructions, all exude completely different feelings to them. The brown has an old money farmer kind of feeling to it. The red feels like a spicy, classy oriental-themed five star hotel. The black, unfortunately, I'm not enamored enough with to come up with a swanky analogy.

The white exudes this epic, pure kind of feeling. Like a beautiful snowy mountain range. Or a new Lexus clad in the make's distinct, ultra-white that's all the rage in westside Los Angeles these days. Honestly, as I've said before, I'm not really an accessories guy, and was not terribly excited about reviewing either the black or white covers, but the white one really left an impression on me.

You can buy this beautiful cover on Mozo's website here.