"Our newest all-in-one series is our most flexible and dynamic one yet. Outfitted with a Full HD display and premium Harman Kardon speakers, it provides superb audio and visuals for movies, games and music. It's also ergonomic. The flexible hinge allows it to be used in several positions from upright to tilted back or flat on a desk or lap, while gesture control enables commonly used OS functions to be controlled with hand gestures from several feet away," Acer's director of desktop product management Frank Chang stated in a press release.

Acer is no stranger to Windows 8, having previously released the world's first 8-inch Windows 8 tablet called the Iconia W3. Acer's Aspire Z3-600 has a suggested retail price of $779 and is set to launch this month.

We got our hands on this device and overall, we like it. But it is not for you hardcore gamers or multi-taskers out there. The device has a few issues that might be a deal breaker for some. Let's dive into the details.

Our immediate first impression of the device was that it did not feel heavy at all - weighing in at just over 12lbs. It seems like a giant 21-inch tablet. The power button is located at the back of the device, on the right side. The device boots up very fast, which is quite impressive. We immediately noticed that the device comes pre-installed with Windows 8 64bit, rather than Windows 8.1 - which is rather an inconvenience since I now have to install the operating system update.

Upon logging into Windows 8, We were easily able to connect the device to WiFi internet. Few applications were downloaded and we noticed a bit of sluggishness along the way, but then again, you can't compare this to a quad-core power house. The Acer AIO device was relatively quiet, but you could hear the fans running if you paid close attention.

The device itself is not too big in comparison with a Surface RT for example. As you can see from the image above, the device is decently sized - 14.57" in height by 21.02" in width. And yes, in that image above, a Surface RT can be seen on the right side, for the purposes of size comparison.

The stand, located at the back of the device, twists open with a little bit of force - reassuring us of its sturdiness. The stand tilts up to 90 degrees so you can use it in various scenarios – such as in the kitchen or in the living room. 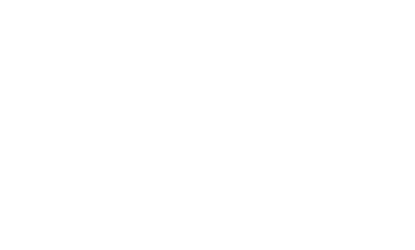 Hardware specs are an important part of any product. The Acer Aspire Z3-600 AIO PC comes packed with a few power house components, but we weren't too satisfied with the graphics card or CPU. We'll get into this a little bit later. First, here are the full specs of the device:

The 21.5-inch display is pretty big and the 1080p resolution is definitely a plus, but the IPS LED-blacklit display wasn't as bright as a desktop monitor. We found ourselves heading over to the display settings right away to adjust the brightness/contrast ratios to increase the vibrance of the display. However, this device is intended to be an all-in-one desktop/tablet solution with an integrated battery, so we shouldn't expect too much from the display.

The touch screen worked as advertised. Everything was smooth and we did not encounter any issues or delayed responses. In fact, weI found it better to use the touch screen over the keyboard/mouse combo. Using the touch screen while the device sits on your lap is a bit awkward due to its size, but laying the device flat on the ground seemed just fine.

The sound system is better than we had expected. The sound quality is clear and the 2.5W Harman Kardon speakers are fantastic. You won't need to crank up the volume either. “The new series includes two 2.5W front-facing Harman Kardon speakers that leverage precise scientific methods to accurately produce crystal-clear audio that sounds close to the original recording. Combined with Dolby, they provide balanced sound for movies without sudden volume increases and enable clear dialog even during live reports with significant background noise. They also allow users a choice of listening modes to accommodate different scenarios,” Acer explains.

The webcam, Bluetooth 4.0, HDMI port, and card reader all worked flawlessly without a hitch, nor were there any problems or performance issues.

The all-in-one package comes with a basic wireless keyboard and mouse set, along with a little USB transponder, 2x AAA batteries for the keyboard, and 1x AA battery for the mouse. Both accessories are really light and pretty basic in functionality. The mouse is pretty simple, with the left and right click buttons and the scroll wheel. Unfortunately, there are no side buttons.

We looked at the hardware specs of the device, but how do they perform in a real world application? Let's dive into this and take a look.

The Acer Aspire Z3-600 AIO PC promises a great experience but we couldn't get over the fact that this device has a slow processor. Maneuvering around the operating system, launching applications, launching media files, and other daily common tasks were not as responsive as we would have hoped for. It felt like we were working on a slightly-faster Surface RT.

The device features an Intel Pentium J2850 quad-core processor clocked at 2.41GHz, but we weren't that impressed by it. This could have been better. File transfers from a USB 3.0 device via the USB 3.0 port were blazing fast - averaging about 20 MB/s, but file transfers within the C:/ drive were slow. Transferring a 2GB file from a ZIP file to the desktop averaged 3.5 MB/s to 5 MB/s - sometimes dropping to 0.99 MB/s.

Watching a 720p or 1080p video on this device offered a smooth experience with no stuttering or slowdowns. But don't expect to receive the same performance if you try to do another task while playing the video.

A second run of the PCMark test gave us an even worse score of 1324. We ran the test for a third time and achieved a score of 1309. Each test - from start to finish - drained the battery from 100% to 20%. Keep in mind that the system was under a decent amount of stress during each test.

We also ran 3DMark RT, which is an app available via the Windows Store, and achieved a score of 10382 while running the "Ice Storm Extreme" test.

We played a few modern games, such as Zombie HQ and Shark Dash on the device and had no issues or performance setbacks. However, when we played Battlefield 4 (on medium graphics settings), we averaged a pathetic 5 FPS. This is - simply put - not a gaming machine.

While running our benchmarks, we routinely needed to plug the device into the power outlet to keep the battery from reaching 0%.

Sure, you can have the 2.5+ hours of battery life, but only if you are casually surfing the internet and doing non-resource intensive tasks around the operating system. But we wouldn't suggest relying on the battery and make sure you have the power cord handy.

Unfortunately, this device does not already have Windows 8.1 pre-installed, but you can fix that by going over to the Windows Store and downloading the operating system update. The AIO PC comes pre-loaded with certain apps, such as Netflix, Kindle, iCookbook, StumbleUpon, TuneIn Radio, and more. The device also comes with Norton Online Backup, Nero, McAfee Internet Security Suite, and various Acer-related software.

We also noticed that Acer has added a shutdown button shortcut to the Windows 8 taskbar, making it easier for those who miss the old Start button/menu. While this has gotten easier with Windows 8.1, the device - like we've already mentioned - comes with Windows 8.

The device comes with an Office 365 tile on the Start Screen. Unfortunately, when clicking the Office tile, you are given the option to try the software for a month or purchase the software. It appears that you don't get Office 365 or even Office 2013 on the device by default. This is a bit of a let down. You are left without an Office productivity suite (from Microsoft) unless you actually signed up for it.

"It's a decent all-in-one solution for someone who doesn't want to pay too much money."

Well, overall the device is fantastic. Acer has one heck of an AIO PC/tablet hybrid right here. However, the device should have had a better processor. In our opinion, this is one of the biggest drawbacks of this device. While the processor is decent for tablet scenarios - reading an ebook, surfing the internet, or doing a simple task - the device is not fast enough to be used as a desktop PC. Multitasking on this device was a bit of a pain.

The device also does not come with Microsoft Office. How can you have an all-in-one PC without Office? The battery life also was very poor. This device is better off plugged into the wall.

Overall, despite some of the drawbacks we listed above, we like the device and would recommend it if you can get past some of the mentioned issues. It's a decent all-in-one solution for someone who doesn't want to pay too much money, isn't a hardcore gamer, or isn't a power user. If this is just a computer you want in the living room to surf the internet on occasion, this device is perfect. The Acer Aspire Z3-600 runs for $779 and is set to be available later this month in the United States.

You can take a look at all the pictures of the device below.

Rumor: Windows Phone 8.1 to be unveiled during Build 2014, comes with notification center and Cortana