Olympus Rising by flaregames, the popular game based on the Greek mythology, recently arrived on Windows 10 – for both Mobile and PC. The tactical action MMO game is a march through ancient Greece and features God-like warriors and mythological beasts.

Olympus, home of the Greek gods, has collapsed and you’ll have to rebuild the Mount Olympus and win the war of the Gods with the help of Asclepius and Zeus. With your battle strategies and tactical skills, you’ll need to conquer armies and command an empire for rising to glory as well as repel kingdom invaders and form alliances with fellow conquerors.

Olympus Rising features striking 3D visuals and the presentation is brilliant. Some of the encounters are a visual delight with comic book splash screens that are cheesy, but fun. The narrative of the game is impressive, and leading your army through the enemy defenses is great fun with seamless controls.

There are three currencies in Olympus Rising - Gems, Treasure, and Ambrosia. While Treasure and Ambrosia are generated based on your performance, Gems are available as in-app purchases and can be used to buy resources and skip wait timers.

While the actual gameplay is fun, you are limited by how much gameplay you can get at a time – unless you are willing to pay for an ‘attempt’ to capture and secure an island. Essentially, the IAPs are not item-unlocks, but just fuel to go further. Not many will like this idea, but it’s more of a different approach – pay for gameplay, not elements – and not really unfair.

Overall, Olympus Rising is a fun game set in the world of Greek mythology. It treads the middle path of being an action role-playing game and a strategy title, and sometimes that doesn’t help, but offers excellent gameplay and graphics for a free-to-play game.

Download Olympus Rising from the link below on your Windows 10 devices – I’ve been playing it on my Surface 3 and Lumia 950 XL. Give it a whirl, and let us know how you like it. 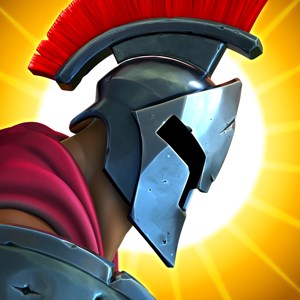